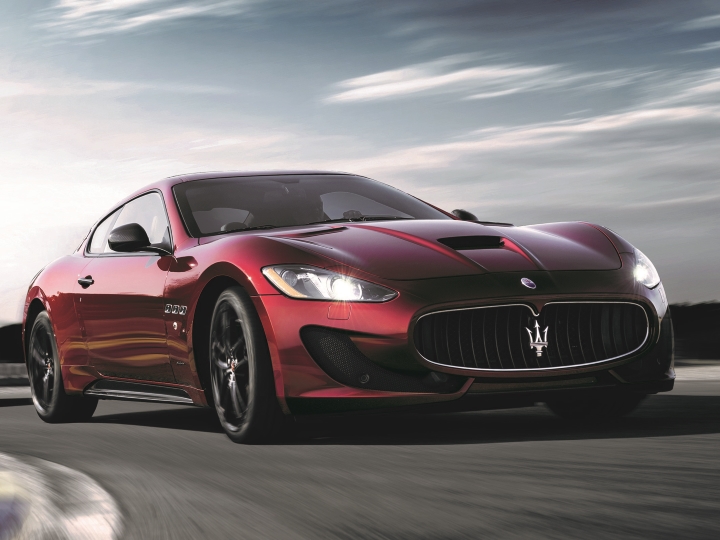 Maserati celebrates 60 years of being a leader in luxury

Six decades since the release of the iconic 3500GT, Maserati is keen to point out how little has changed.

Take a look at the car above, and the car below. The physical differences are obvious, not the least of which is the passing of 60 years between the release of Maserati’s first production road car, the 3500 GT, in 1957, and the Maserati GranTurismo Special Edition of 2017. Advancements in design, safety, comfort and aerodynamics aren’t difficult to spot, either. And one of them costs roughly twice as much as the other. But we’ll come back to that later.

Look a little closer. Both cars are powered by naturally aspirated, free-revving engines derived from racing, mounted over the front axle and driving the rear wheels. Both are genuine four-seater cars in the gran turismo style, which references sports cars with the ability to carry four passengers in comfort over longer journeys, such as a day trip. Both cars are decked out in luxurious leather trim. Both were assembled, by hand, in the same factory in the Italian city of Modena. And both, almost needless to say, are absolutely gorgeous to behold. To pay homage to the landmark release of the 3500GT at the 1957 Geneva Motor Show – an act that kicked off the racing brand’s move into production cars – Maserati create a limited run of GranTurismo and GranCabrio Special Editions. Specially badged and individually numbered, they’re a reminder that while luxury evolves, the basics haven’t changed much in the intervening six decades. Maserati Australia, New Zealand and South Africa chief operating officer Glen Sealey says the most important component of being a luxury car company is heritage. “Maserati is 103 years old this year and one of the nicest things about that is having a heritage, a standing that a lot of other luxury brands don’t have – even if a lot of that heritage relates directly to motorsport,” he says.

“When you look at the brand then (1957) as opposed to today, to us, the brand hasn’t changed that much. Our core values still are what they are, and between the two cars it hasn’t changed in that regard.”

While some might regard the 3500GT as a relic of a bygone era, Sealey maintains it’s as relevant to day as it was 60 years ago – the more so for being a signpost for the cars that followed. “There’s plenty of features in that car that are considered to be old-world, but I actually consider them to be redeeming. The V8, the sound, the fuel tank, the simplicity of the controls. The fact that that car allows you to concentrate on what you’re in that car for, and that’s to drive,” he says.

One key point where Maserati separates itself from many other premium brands is its exclusivity, Sealey says. “Therein lies some of the definition of luxury, exclusivity is important. But also for luxury it’s the experience, it’s not just the leather, it’s everything that goes with it. That feeling, that sound. We talk about performance, exclusivity, sound, craftsmanship, made in Italy and design. Those factors haven’t changed for us, from ’57 to ’17.” Scarcity is one factor contributing to exclusivity, but what else? “The first thing is the price point, it’s available only to a few. This is not mass market. Also, it’s got to be beautiful. All things luxurious are beautiful, whether it’s a ring, a boat or a plane, it’s no different to a car. Then there’s the craftsmanship – it’s got to be hand-made, and both of those cars are hand-made. Not just the body and the drivetrain, but the interior.

“Then there’s the feeling it gives you. If you read anything about luxury today, it says it’s about the experience. The feeling you get from the 3500, you get the sound, you get the balance, you look back on it longingly, because it is beautiful. And you get the same with the GranTurismo. In those aspects, we’ve modernised, but we haven’t changed.” And so to that all-important price point – which of these two cars is worth more? The individually numbered 2017 GranTurismo Special Edition will retail for “upwards of” $309,990 while the GranCabrio costs “upwards of” $349,990. Meanwhile, what of the 3500GT? Dependent on model and condition, they can go for anything from $600,000 to $1 million in the current market, Sealey says.

Which goes to show that true luxury never really goes out of style.