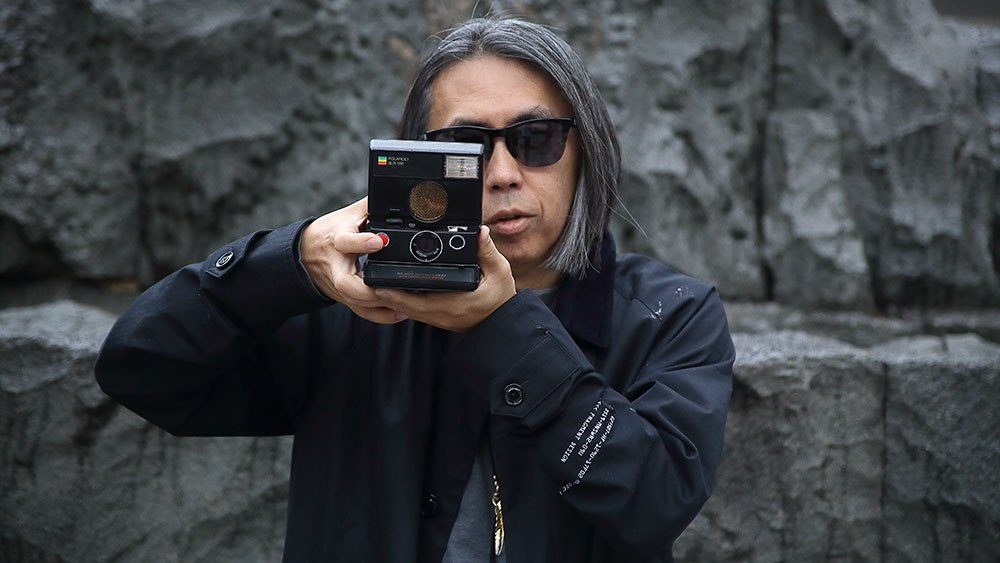 The streetwear icon has teamed up with Polaroid to refurbish the greatest instant camera ever made.

Thanks to smartphones everyone now has a full-featured camera in their pocket. Still, there’s something to be said for the instant cameras of yesteryear and the tactile feel that came with printing out photos on the fly. Just ask Japanese streetwear legend Hiroshi Fujiwara, whose fashion label fragment design is teaming up with Polaroid Originals to produce a short run of the vintage SLR cameras.

Limited to just 100 examples, the refurbished Polaroid Originals SLR 680 camera will be released next month, alongside a number of other collaborative items, including special edition film, accessories and apparel.

Finished in fragment’s trademark black colourway, this SLR 680 is a Fujiwara item through and through. The updated edition, which was first released in 1972, is a black leather folding single-lens reflex camera featuring built-in Sonar Autofocus and an automatic flash bar. Each model comes with a unique hand-engraved number on the side and uses special 600 colour edition film that will produce photos with the classic white frame stamped with fragment’s thunderbolt logo.

A musician, producer and designer, Fujiwara is credited with popularizing hip-hop culture in Japan after he was introduced to the genre during a trip to New York in the 1980s. He launched fragment designs, his second fashion label, in 2003. The brand has since gone on to become one of streetwear’s most influential, collaborating with a number of more established brands like Nike and Louis Vuitton.

The limited-edition fragment design x Polariod Originals SLR 680 will be available starting December 7 and cost $2500, more than double the price of the standard version of the camera. The two brands are also releasing the previously mentioned special film (which will available for $25), a camera bag and strap ($325), camera wrap ($73), t-shirt ($110), hoodie. ($245) and track jacket ($350). The items will be available for purchase through the Polaroid Original website.

All of them are available for order starting today