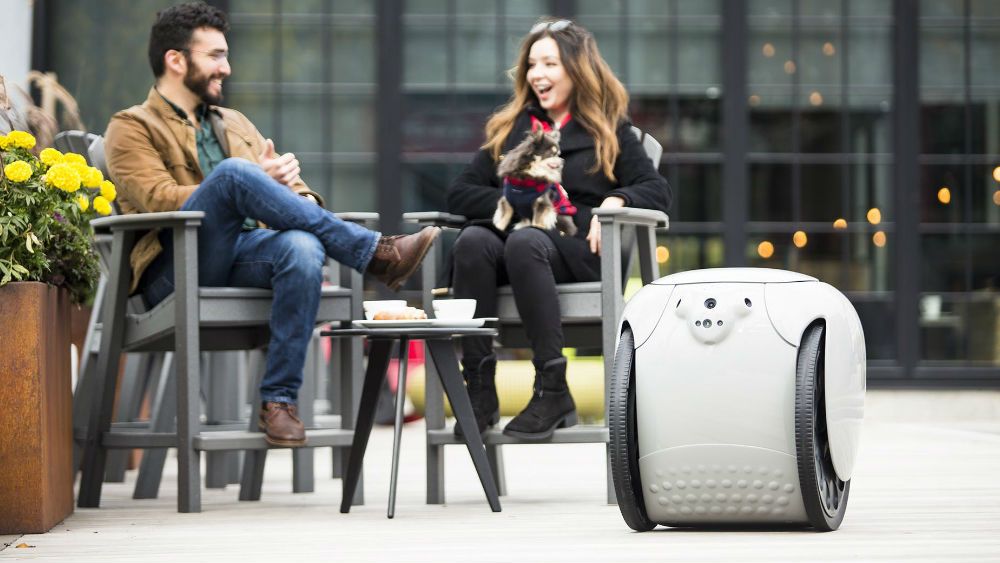 Meet Gita, the R2-D2-like Robot That Will Carry All Your Stuff

For around $4700 you can have a robotic sidekick.

It’s not easy to build a machine that is both useful and endearing—to strike a balance between state-of-the-art and humanistic. But the new robot from Boston-based Piaggio Fast Forward—Vespa’s innovation lab—promises to do exactly that. Gita is basically a tote bag in a cube (and on wheels) that automatically follows you around, like a character from a Pixar movie.

The robot is billed as a “lifestyle-transforming mobility solution” that can transport up to 18.2kgs of your belongings for four hours straight. To do that, Gita, which means a short trip in Italian, uses visual sensors⁠—a handful of cameras that double as an endearing face⁠—to track and follow its leader at a maximum speed of nine-kilometres per hour. You simply press a button, then Gita pairs with its new leader and instantly trails behind in sync with their pace.

Weighing in at 22.7kgs⁠—or about the same as a labrador⁠—your new best friend can follow you indoors or outdoors but works best on hard surfaces, not mud, snow or sand. It can traverse slopes up to an incline of 16 degrees but does not like stairs. The robot is available in three colours—red, grey or blue—and comes with a USB port to charge your phone while out and about, as well as an in-built speaker that can connect to Bluetooth.

What’s more, Gita can be customized to suit your needs. The cargo bin, which could comfortably fit two bags of groceries, can be insulated if you’re using the robot to transport food or, more importantly, booze. (Just like a cooler box on wheels.) There’s also a myGita app to help you engage with the robot and lock up your stuff.

Robb Report was recently invited to play with a Gita firsthand and test its functionality. The robot was intuitive and easy to operate, darting around and following us seamlessly (two wheels rather than four allow for tight pivoting). And it certainly has personality, with a colour-coded lighting system and sweet voice—part Wall-E; part R2D2—the handiwork of Berklee College of Music. A library of distinct sounds help Gita communicate and indicate when it’s powered up, ready to pair or running low on juice.

Initially, it was difficult to imagine where exactly Gita would fit in. Do we really need a robot to carry our things? But after spending the afternoon with the robot, we could see the utility, particularly regarding group activities: picnics, farmer’s markets, mother’s groups, gym sessions, team sports—all of these things are much more fun without having to schlep your stuff.

Of course, there are drawbacks. While Gita locks, it has no alarm or voice recognition. The company said the robot was purposefully designed without screens or Siri-style talking to keep things simple. It’s also a pretty heavy robot, so the fact that it can’t navigate stairs limits its usefulness to flat areas. But, hey, nobody’s perfect, and we imagine Gita will keep growing. Indeed, this new-gen Gita is already markedly different from the 2017 model which was autonomous and ran at 35 kilometres per hour.

Gita will be available on November 18, 2019 for a retail price of US$3,250 (around A$4700). You can sign up online mygita.com to receive info on how to place your order in advance of the public drop.