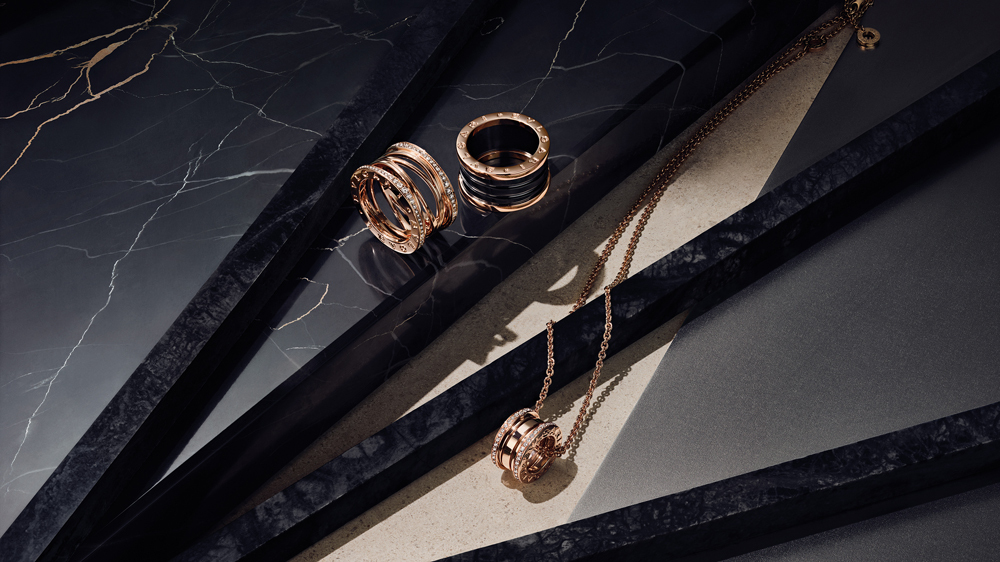 The blurring of gender lines in fashion has taken over the jewellery market.

In case you haven’t noticed, unisex everything is having a moment—and it just so happens, especially in jewellery, to be very good for business. Men have been showing up on the red carpet in jewels of late. At this year’s Grammys, Diplo wore a turquoise-and-diamond heritage necklace from Bulgari and Shawn Mendes showed up in pearls. You can expect more unisex jewellery moments this weekend when the stars show up to the 2020 Academy Awards.

Earlier this year, Bulgari CEO Jean-Christophe Babin said its Octo Finissmo men’s watches were catching on with ladies who had started buying the ultra-sleek and modern model for themselves. And because the brand was clearly already having a moment in this arena, Bulgari threw yet another hat into the ring last Thursday with the launch of its new unisex B. Zero 1 collection.

Zendaya in Bulgari B. Zero 1 Campaign Courtesy of Bulgari

“Five or six years ago we noticed that there were a lot of gentlemen buying into the B.Zero 1 collection, not just for their girlfriends or wives, but for themselves,” Babin told Robb Report. “They liked the strong pedigree of the design and the fact that it’s very architectural and inspired by the Colosseum.”

Kris Wu in Bulgari B. Zero 1 Courtesy of Bulgari

Despite the attention Bulgari’s jaw-dropping iconic Serpenti high-jewellery pieces earn (Tawainese actor and Bulgari ambassador Kris Woo recently wore a fully diamond version to an event in China), it’s everyday B. Zero 1 jewellery collections are its bread-and-butter. It’s Bulgari’s bestselling collection worldwide. “High-jewelry is like haute couture,” says Babin. “It’s showcasing the pinnacle of Bulgari excellence when it comes to crafting the best gems. On the other hand, while it’s an important business, it’s not the main business.”

The formula for introducing accessible everyday pieces is something Tiffany & Co. and Cartier have also had immense success with already—how many times have you seen both men and women wearing Cartier’s pervasive Love Bracelet?

B. Zero 1 has been around for the last two decades and includes the original line, which gave birth to the Roman amphitheatre shape, the late architect Zaha Hadid’s interpretation in soft waves and now a rock n’ roll studded version that looks (we tried it on) like it will appeal to all. To drive home the idea, the jeweller created an edgy campaign to reflect the feeling of the jewellery and threw the biggest bash on the block at New York Fashion Week in Brooklyn on Thursday night.

Prices for the new B. Zero 1 collection range from $2,880 for a rose gold ring with ceramic inserts to $21,00 for a diamond-accented yellow gold bracelet.