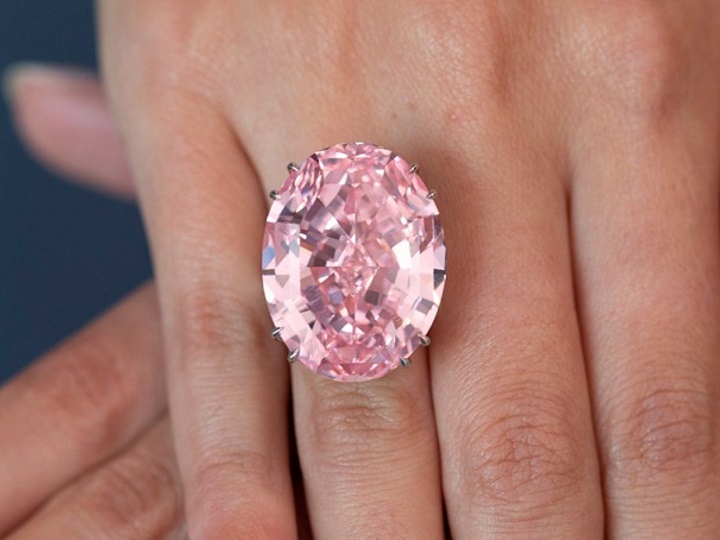 The world’s most valuable pink diamond comes to auction

With a value of more than $78 million, the 59-carat Pink Star diamond is likely to smash a world record.

With a value of more than $US60 million (about $A78.5 million), the 59-carat Pink Star diamond is likely to break sales records when it hits the auction block at Sotheby's April 4 jewellery sale in Hong Kong.

The gem is the largest internally flawless fancy vivid pink diamond ever graded by the Gemmological Institute of America (GIA). Unearthed in Africa nearly 20 years ago by De Beers, the Pink Star was originally a colossal 132-carat rough diamond. It was carefully shaped into a dazzling, oval mixed-cut over the course of two years. If the Pink Star sells this April, it will surely break the standing record for a pink diamond at auction; the Star is more than twice the size of the Graff Pink, which currently holds the record — it sold for $US46.2 million (about $A60.5) in 2010 through Sotheby's Geneva.

Given the rarity and subsequent value of coloured diamonds, experts anticipate that gems like the Pink Star and Graff Pink will continue to attract collectors and gem-lovers around the world. (sothebys.com)