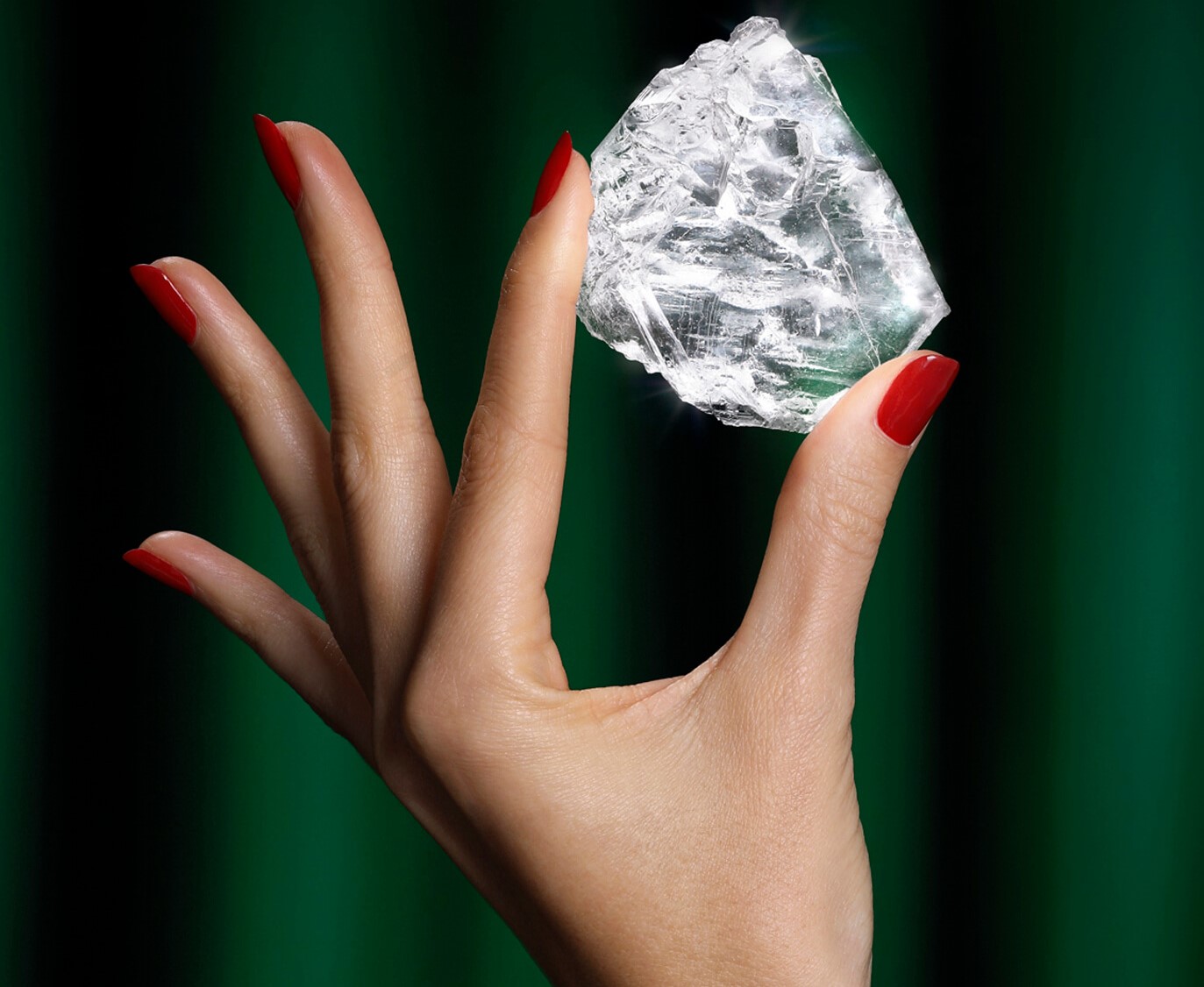 Graff is transforming the massive gem into wearable designs.

Ready to own a very beautiful slice of history? Pieces of the record-breaking 1109-carat Lesedi La Rona diamond, which Laurence Graff acquired for US$53 million (around $73 million) in 2017, have been faceted into wearable designs. The massive, tennis ball-sized gem was first unearthed by Lucara Diamond Corp. in a Botswana mine in November 2015. It is the largest diamond to be discovered in at least the last 100 years, and the second-largest diamond of gem quality in existence today (bested by the 3106-carat Cullinan Diamond unearthed in South Africa in 1905). 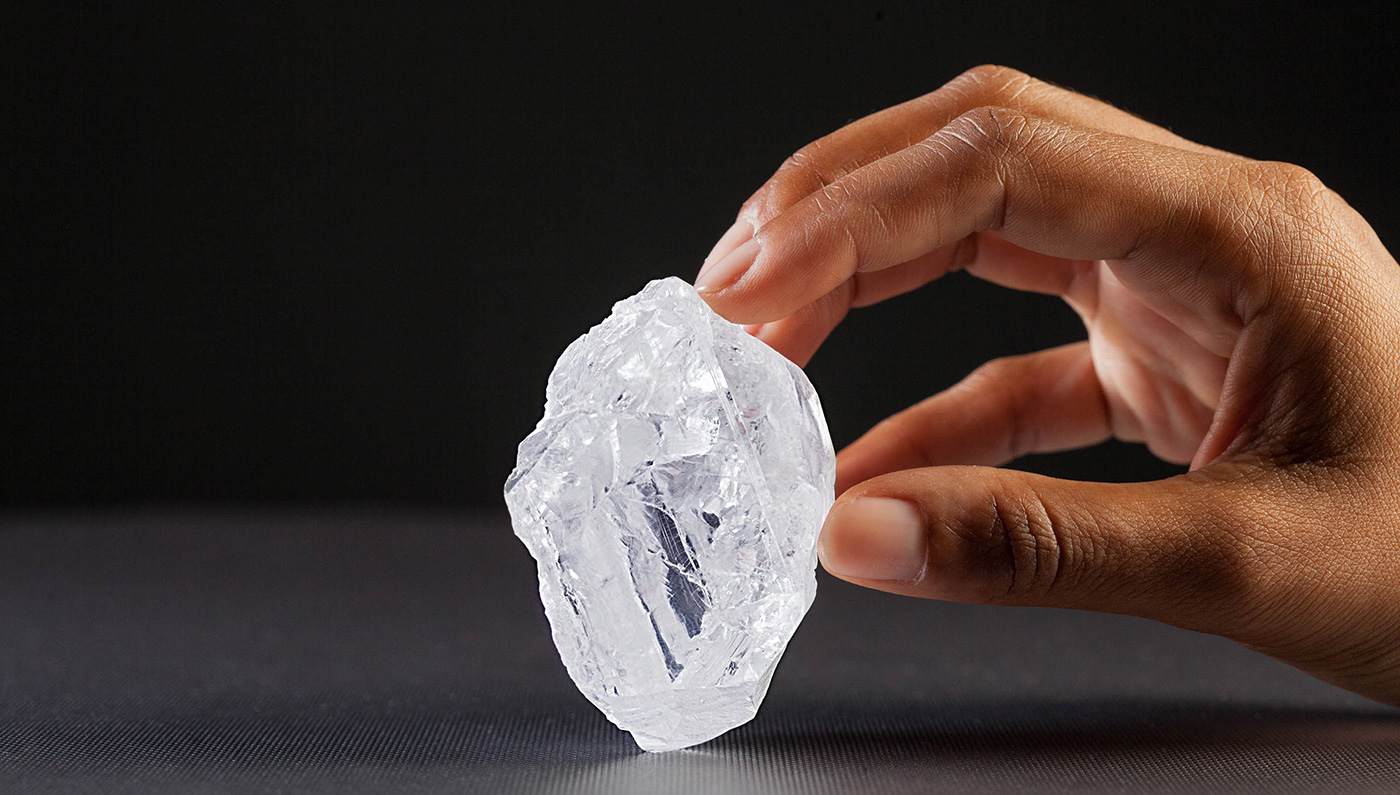 The original 1109-carat diamond, which Graff acquired for US$53 million.

After more than a year of meticulous analysis and very precise cutting by Graff’s team of gemologists, 67 unique diamond designs have been unveiled. They range in size from under a carat to in excess of 100 carats and include oval and cushion-cut stones set into striking solitaire rings, dazzling earrings and pendants (all prices available on request). But big gem collectors, stay tuned: The company hinted that the main diamond cut from the Lesedi La Rona will debut in the coming months, and is “of unprecedented size.” 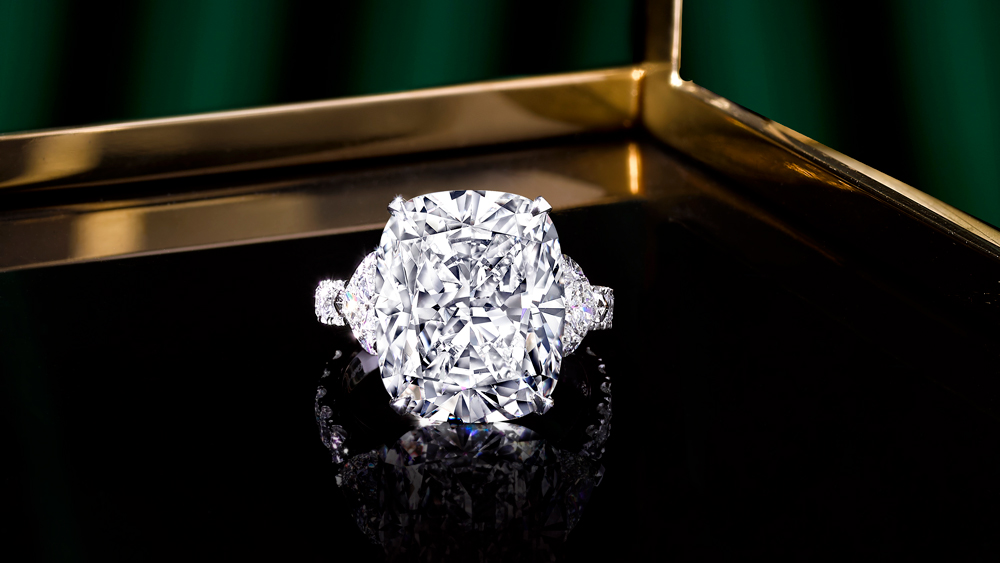 One of 67 new pieces cut from the record-setting Lesedi La Rona diamond.

Laurence Graff is no stranger to exceptional diamonds. He and his team have acquired, cut, and polished more than half of the world’s largest and most exceptional 20 diamonds discovered in the past century. 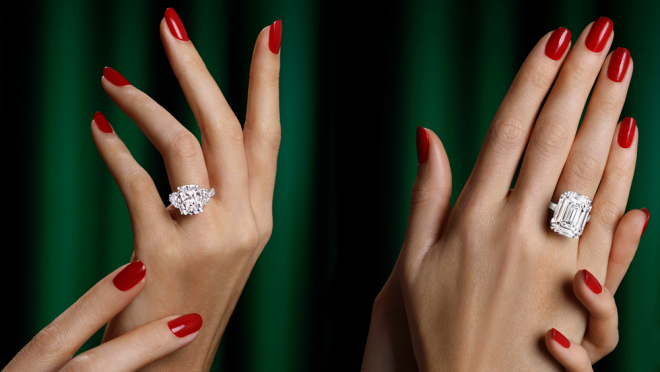 In the last few years, Graff has positioned his brand as a fearless frontrunner on the mega-watt diamond scene by acquiring and refining several record-breaking gems, including Graff Venus, the world’s largest flawless heart shaped diamond; a 373-carat rough from Botswana that was originally part of the Lesedi La Rona; the 102-carat Constellation, the largest ever D flawless round brilliant-cut diamond on earth; and the 118-carat Delaire Sunrise, the planet’s largest square emerald-cut fancy vivid yellow diamond—just to name a few.