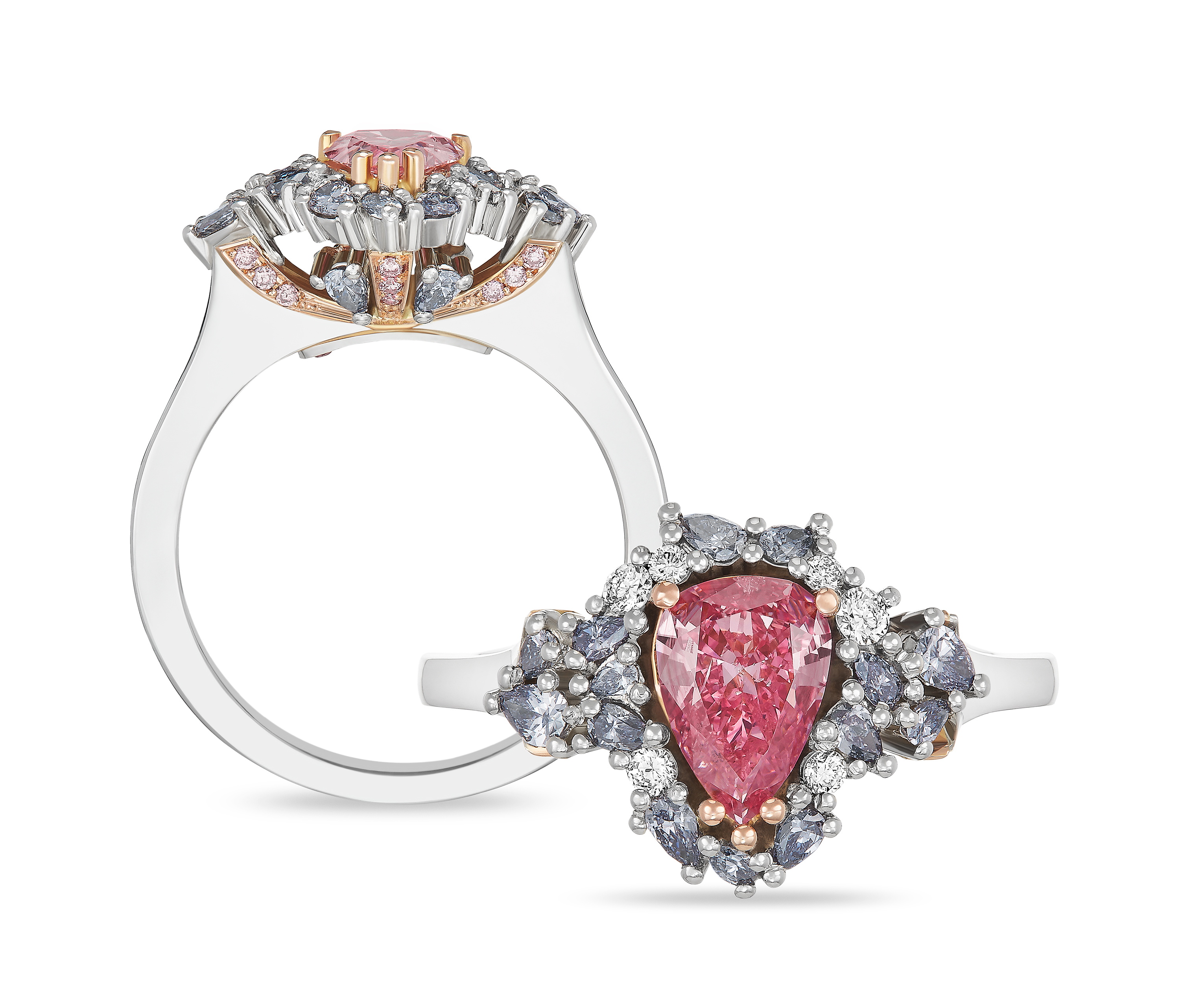 Perth jeweller Rohan Milne is an artisan of the old school

The city’s landmark carousel at Elizabeth Quay is a memento of his training in Rome.

Perth jeweller Rohan Milne gives the underside of a creation as much thought as its summit, with twists on classical motifs that betray his time in Rome designing pieces for the Vatican. Milne’s immersion in Europe’s rich traditions is evidenced in techniques learned among Italy’s jewellery luminaries, and tasks that included cufflinks for Pope Benedict XVI and Silvio Berlusconi. In 2007, a year after his two-year stint at the Guccione workshop in Rome, then-29 year-old Milne and his wife Toni launched Rohan Jewellery in Perth. Within just four years, he was the youngest jeweller to be accorded an Argyle Pink Diamonds Select Atelier ranking – an elite roster of only 30 or so jewellers in the world.

“The whole experience in Rome early in my career, at a company that specialised in hand engraving, gave me a drive for excellence,” Milne explains. “I have never seen anyone do the work that Giorgio Guccione does and I am fairly certain I never will again.” He recalls the imprint of Rome’s culture and way of life: “I worked near the Pantheon, in the artists’ quarter, and was lucky to watch on a daily basis traditional artisans doing what they love – bootmakers, art restorers, mosaic experts and masters of repoussé.” 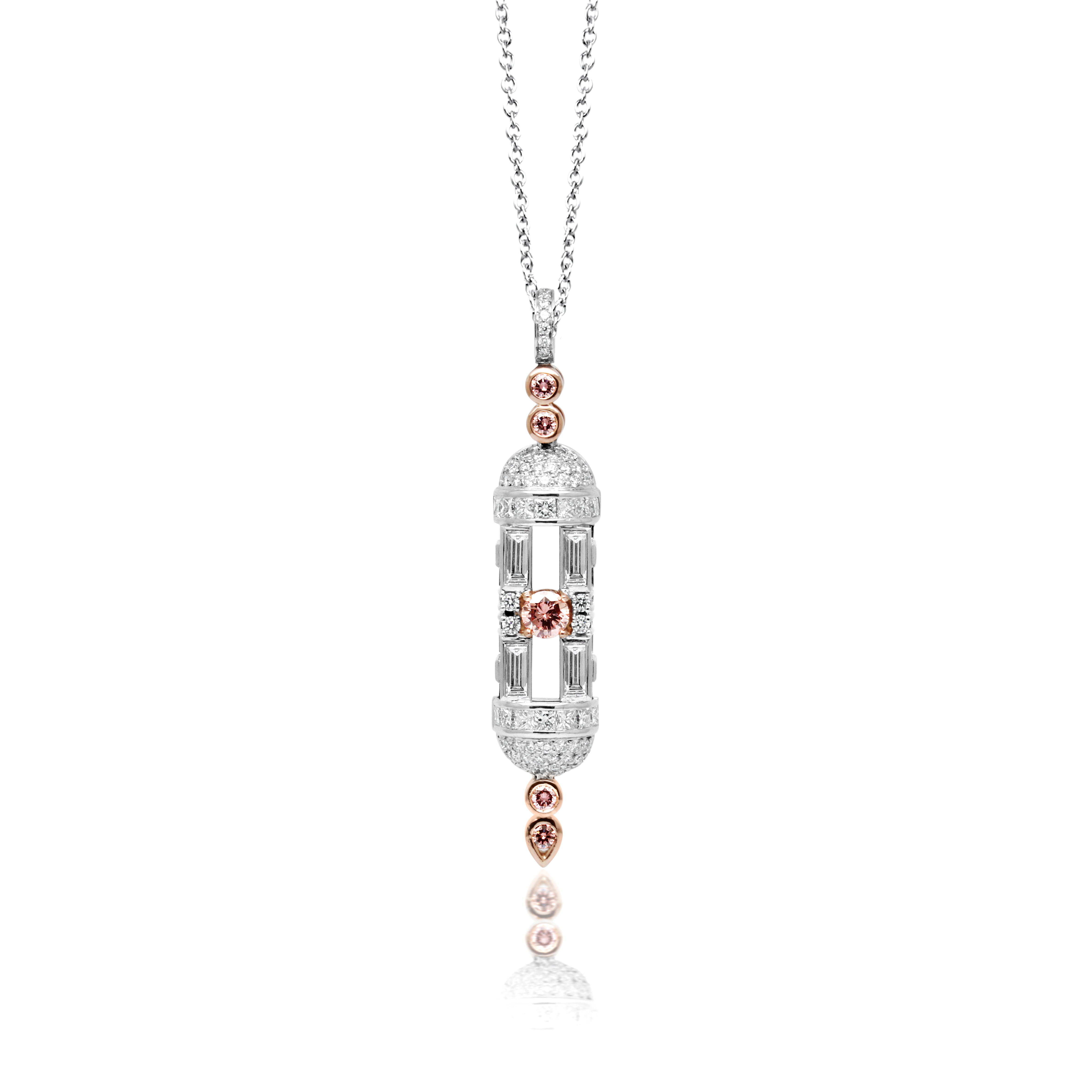 Milne, with his wife and two young daughters, still travels annually to Italy to holiday in the Sabine Hills, a favourite spot about 45 minutes north-east of Rome. His engagement with Italian craftsmanship led to his gifting to Perth a hand-painted Venetian-made carousel, unveiled in December 2016 in the Elizabeth Quay precinct. The inspiration for the four-and-a-half-year passion project came during a family vacation to San Sebastián in Spain, where the whole city seemed to be enchanted by its waterfront attraction. The mastery of the Venetian workshop that produced the ornate landmark for the Milnes is apparent in the classical horses and carriages, with the modern benefit of wheelchair access.

“The carousel is simple, whimsical fun. We hope our city and its visitors will enjoy a sense of nostalgia.”Milne’s atelier in Leederville, just north of Perth’s CBD, handcrafts more than 100 pieces per year for his boutique in the State Buildings on St Georges Terrace. He spends a lot of his time on commission work, particularly innovative transformative concepts, with a view to creating objects that will be admired across time. An important part of the bespoke process at Rohan Jewellery is its recording in a book for its owner.“Handcrafted inlays often complete our work, jewels that people will potentially pass on, and I am very proud that future generations may look at our jewellery and marvel that it has all been done by hand.”

Milne’s interest in fine craftsmanship began early: during an apprenticeship begun at 17, he garnered two significant industry awards. He’s now primed to share his expertise with emerging jewellery talent, but finds that enticing dedicated young jewellery artisans can be difficult.“Potential apprentices may not understand the fierce commitment and love for the craft that is required. Near enough is often good enough these days, but not in our workshop,” he says. “Additionally, I look for someone who listens and enjoys pushing themselves. When I was starting out, the hardest thing was the pressure of trying to create items beyond my skill level.”

A few years ago, a dedicated patchwork quilter posed a challenge: a bejewelled holder for sewing scissors that hung from a chain. She requested an unusual chatelaine that could become a family treasure, but without compromising its ease of daily use.The most exacting part of the 18-month project was pulling the whole thing together – wires, the multiple settings of the different stones supplied by the client, and hand piercing – to create a cohesive, flowing design. Milne encourages observation of his workbench and the discussion of key stages such as gemstone selection. Argyle coloured diamonds, especially the rare pink variety with their intense range of hues, are a favourite of Milne’s materials – perhaps not by coincidence, coming from his home state.There is always the lure of South Sea pearls, too, but the connection to these goes deeper. 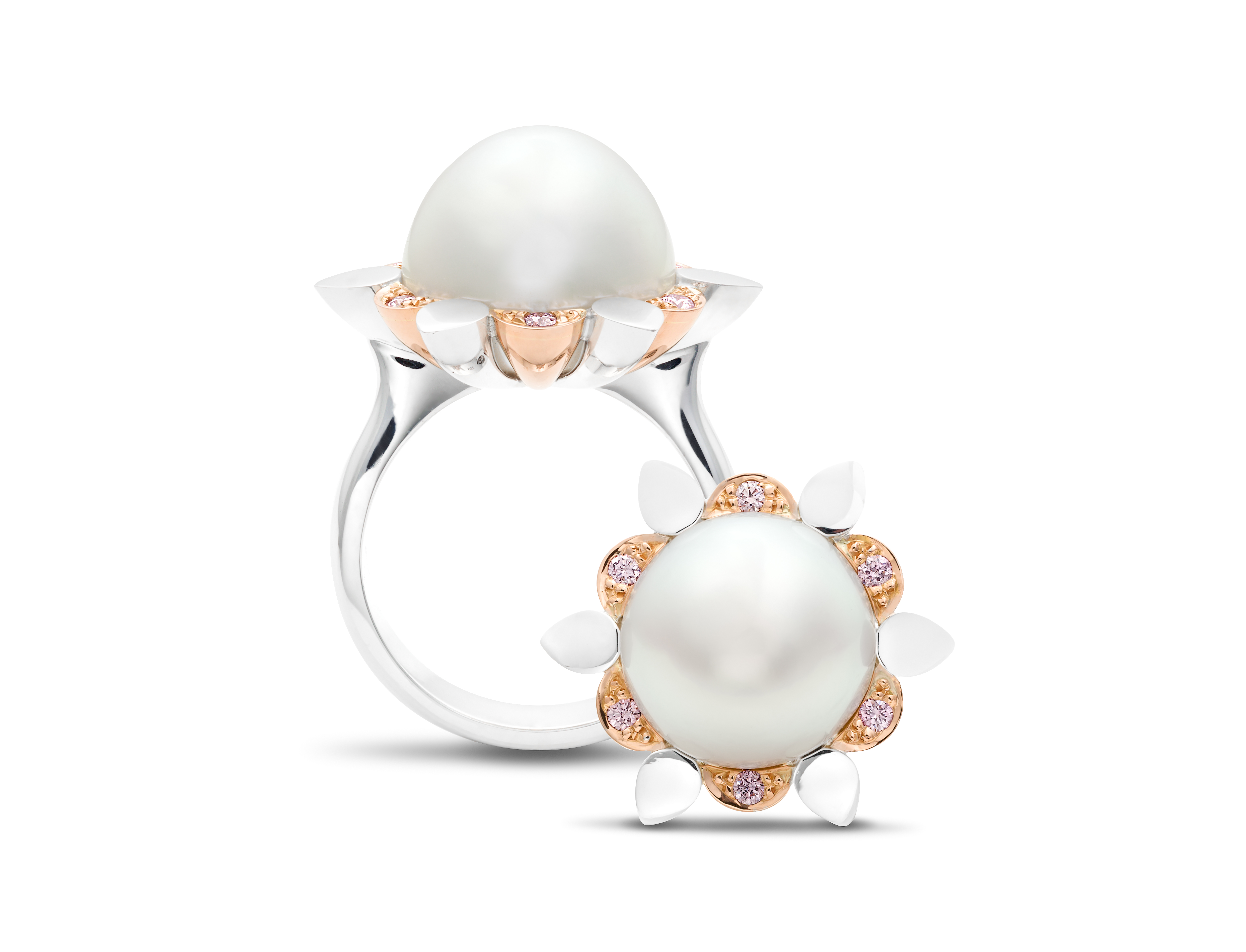 Milne’s great-grandfather, Captain James Tilly, was involved in Broome’s pearling industry in the early 1900s. Tilly had six pearling luggers, but passed away aged just 37, possibly from the bends. As the state took control of his assets, the family involvement in the pearl industry died with him. At least until Milne started using pearls in his creations. Keeping the craft of handmade jewellery alive and his innate deftness with his materials will always drive Milne, who has an ease with Art Deco aesthetics. He also acknowledges the role he’s often playing in people’s lives, at poignant times.

“Our work is highly personalised and intimate. We are often the only ones sharing the secret of a looming engagement or a special anniversary gift. The cloak and dagger of what we do can be amusing and sometimes, if I’m honest, a little tense.”

Milne and his team are regularly asked to transform family heirlooms into more modern designs. It’s a complex task to respect the integrity and patina of a cherished keepsake, while making it relevant and wearable today. Perfecting this gentle balance is just one of the challenges that motivates Milne in his studio.