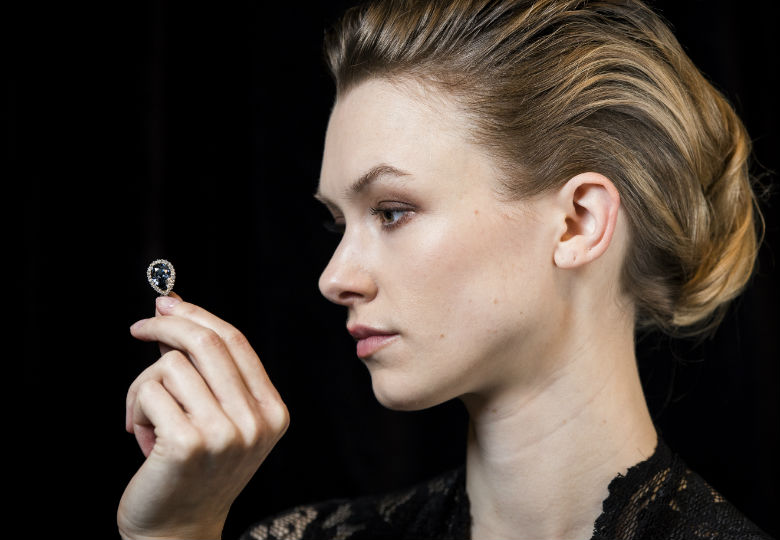 Sotheby’s has sold the historic gem, which has been passed down through royal families for 300 years.

The Farnese Blue, a diamond with an astonishing historic pedigree, has been sold.

Sotheby’s in Geneva brought the gem to auction at its Magnificent Jewels and Noble Jewels sale, and the 6.16-carat, pear-shaped, dark gray-blue diamond—which has passed through the hands of no less than four European royal families—sold after four minutes of bidding for $6.7 million, nearly $1.5 million more than the presale high estimate of $5.3 million.

Originally set on a crown that was given to Queen of Spain Elisabeth Farnese by the Philippines to celebrate her marriage to King Philip in 1714, the gem was later owned by France’s last queen, Marie Antoinette. 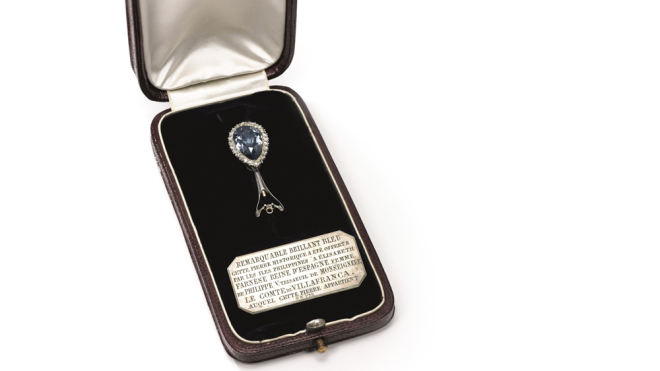 Over the next three centuries, it was furtively passed down through four European royal families. The dark gray-blue diamond was hidden in a royal casket as it travelled through Spain, France, Italy, and Austria.

“With its incredible pedigree, the Farnese Blue ranks among the most important historic diamonds in the world,” said Dr. Philipp Herzog von Württemberg, chairman of Sotheby’s Europe and managing director of Germany, in a statement from the auction house. “From the first minute I saw the stone, I could not resist its magic, and as such, it is a huge privilege to have been entrusted with this sale.”

Like the Hope diamond, this gem is thought to have come from India’s Golconda mines. This region was the go-to source for exceptional colored diamonds up until the 1720s, when mining shifted to Brazil. 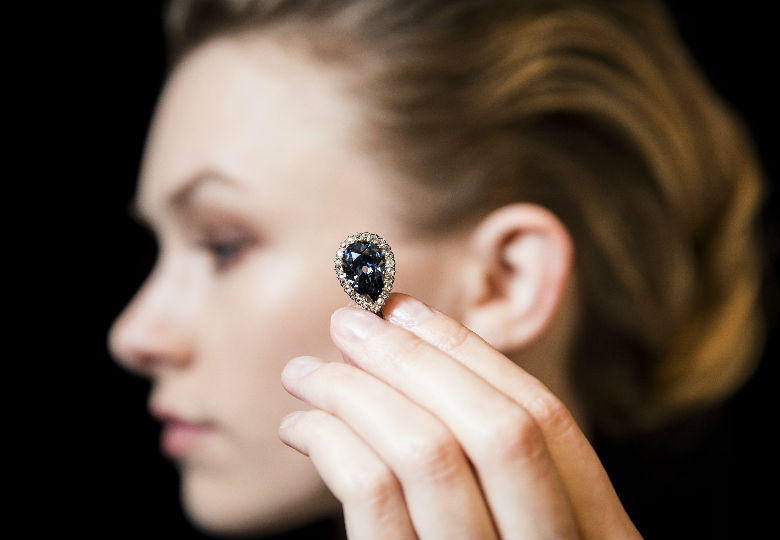 “It is difficult to put into words the excitement of holding between thumb and forefinger a gem discovered centuries ago, knowing it originated in the legendary Golconda diamond mines of India,” said David Bennett, chairman of Sotheby’s International Jewelry Division and cochairman of Sotheby’s Switzerland. “This stone has witnessed 300 years of European history and in color is reminiscent of historic Golconda blue gems such as the Hope diamond.”

“The Farnese Blue is quite simply an unforgettable diamond,” noted Deputy Chairman of Sotheby’s Europe and Senior International Jewelry Specialist Daniela Mascetti after the sale. “Everyone who set their eyes on it was mesmerized by its extraordinary color: the rich blue of the deepest ocean.”