Each piece is a masterclass in symbolism and artistic technique.

It was the 1920s in Paris and Coco Chanel found herself enamoured with the Russian cultural elite and nobility, who had fled upheaval in their homeland and brought a new sensibility to the city. That Russian spirit appeared in Chanel’s 1923 collection, with long tunics, fur-lined cloaks and large belted blouses modelled after the Russian rubashka. During this period, she enlisted the czar’s perfumer, Ernest Beaux, to create her iconic Chanel No. 5 perfume. The Russian influence even permeated her famous rue Cambon apartment, with specially commissioned pieces like the large mirror with a sculpted frame depicting the two-headed eagle of Imperial Russia and sheaves of wheat, a sign of the sun and good luck, forged in bronze by Robert Goossens. Chanel’s fascination with Russia endured throughout her life, and today it’s the impetus for the company’s new high jewellery collection, Le Paris Russe de Chanel.

Unveiled at the Grand Palais during the Paris haute couture shows in July, the jewellery is a master class in symbolism and artistic technique, entirely modern even though it’s rooted in the past. Among the 63 pieces, a series of necklaces and earrings in delicate diamonds and pearls echo patterned embroidery and lace, but on a large scale. A colourful headpiece features an array of gemstones in a cut-out design that is light and feminine, and big yellow diamonds represent the sun in bold rings and necklaces. 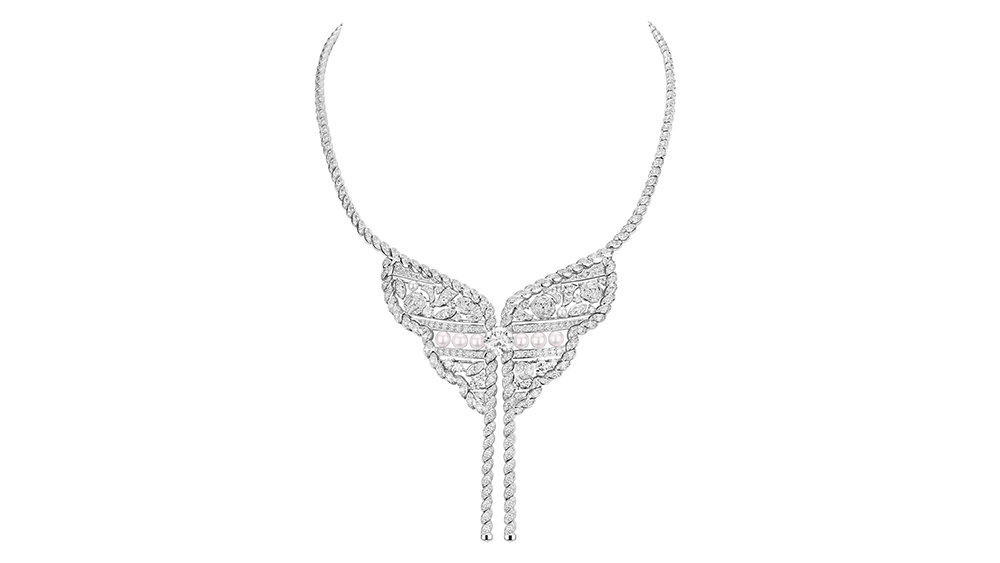 The Roubachka necklace
Courtesy of Chanel

“Gabrielle [Coco Chanel] was influenced by Russia’s icons and symbolism, and we referenced those in jewellery designs that are symbolic yet feminine and stylish,” says Patrice Leguéreau, who has been director of Chanel’s jewellery studio for the past decade. Those motifs, along with Coco’s favourite flower, the camellia, are present throughout: The double-headed eagle is the centre of a regal brooch, and intricate and colourful pieces reference the costumes in Ballets Russes, which Chanel designed. 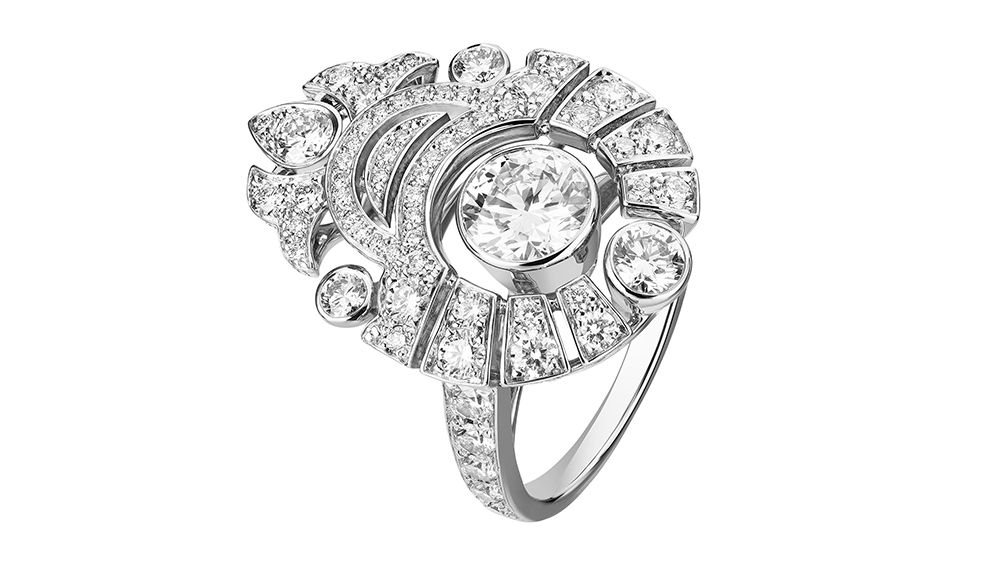 “This isn’t trophy jewellery,” says Leguéreau. “It’s not about big stones; this is elegant, chic and feminine design. It tells a story.” Over a span of more than two years, he visited Moscow and Saint Petersburg, where he spent several days exploring the Hermitage Museum, taking notes on embroidered fabrics, lace, jewellery, enamel and paintings, which also informed the new collection. It’s rich in history and substance, and Coco Chanel would have loved it.