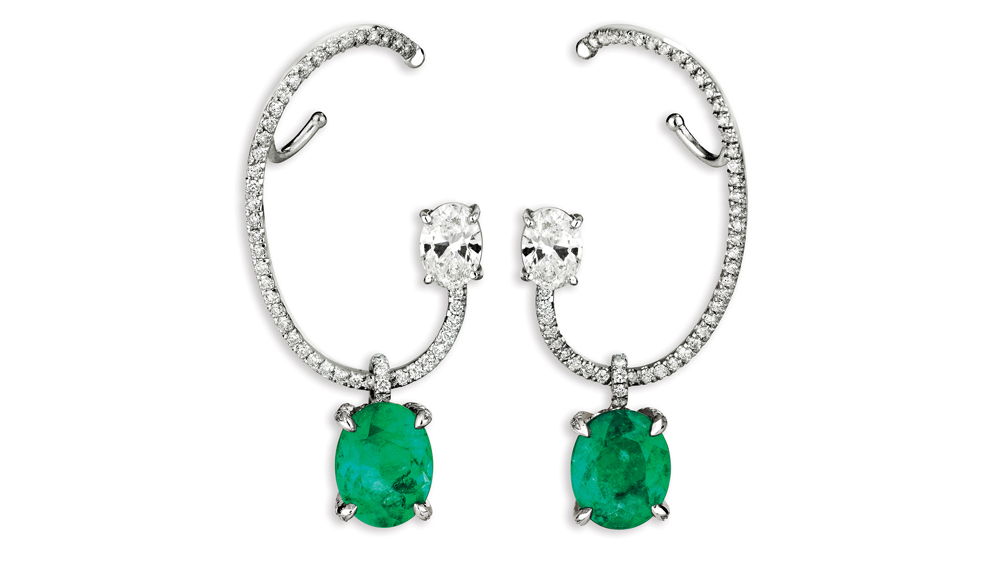 Trained as a sculptor, Ana Khouri’s jewellery is made to complement the human form.

Trained as a sculptor, Ana Khouri shapes her jewellery to enhance and connect to a woman’s body rather than simply adorn it. “My jewellery comes alive when it’s worn on a woman,” the Brazilian native says. That synergy infuses a sexiness into her pieces, which curve around the female form without traditional heavy gem settings—a thin gold-and-diamond necklace traces the collarbone; an earring wraps around the ear with a diamond drop that seems to float in midair; a ring appears as a brushstroke of gold paint around the finger.

Khouri’s serendipitous journey from fine art to jewellery started when a woman saw her graceful sculptures presented on naked bodies at an art exhibit. The woman bought all the pieces and then commissioned Khouri to adapt them into rings and cuffs. The methodical artist spent the next several years studying gemology, jewellery design, and metalsmithing before finally launching her New York–based business in 2013. Her foundation and rigorous training in sculpture remain evident in her distinct design approach and sense of style.

Before producing a piece, the 37-year-old forges a prototype in metal by hand and then wears it over several days to mold it to the body and ensure that it’s comfortable. Khouri presents her jewelry much in the way she staged her art, opting to unveil a single-​themed collection once a year during the Paris Haute Couture shows in July. Last summer’s exhibit at the Ritz Paris hotel featured her Ethereal collection, in which the empty space in each piece plays as integral a role as the gold and gemstones. The debut was a breakout moment for Khouri, who returned to New York to find a growing number of clients inquiring about her new limited-​edition pieces.

To facilitate more intimate relationships with her customers, she opened a by-appointment atelier in New York’s Soho neighborhood last fall. There, clients can immerse themselves in her artistic vision and spend one-on-one time with her. It’s through these relationships, she says, that she can forge a deeper connection between the jewellery and its wearer.