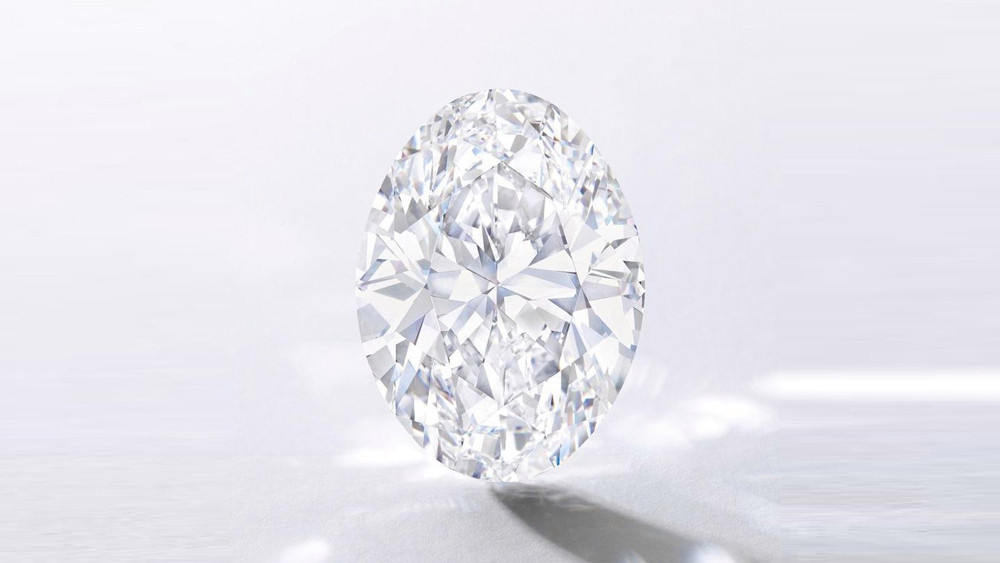 The flawless gem will go up for sale this April at the Hong Kong Magnificent Jewels auction.

Sotheby’s has a monster diamond on its hand and someone with a cool $15.6 to $18 million will pocket the covetable gem come April 2nd. The 88.22-carat, flawless rock is going on the block at the auction house’s Hong Kong Sale of Magnificent Jewels and Jadeite. The D colour, type Ila, oval brilliant gem has been called “perfect” by Sotheby’s based on all the criteria by which diamonds are measured.

Few diamonds are ever sold at auction that have more than 50 carats and have all of the flawless qualities of this new diamond, according to Forbes. It is said to be one of only three oval-shaped diamond over 50 carats to ever appear at auction, and the largest to be auctioned off in over five years. The stone was discovered in the Jwaneng mine in Botswana, where it was cut from a 242-carat rough stone. The mine is jointly owned by De Beers and the government of Botswana and has been known for producing high-quality rough diamonds.

The diamond’s type Ila designation means that it is one of the rarest and purest diamonds available. These diamonds have very little or no nitrogen atoms in their crystal structure. They comprise fewer than 2 per cent of all gem diamonds.

“When you think that one ton of mined earth yields less than a carat of diamond, and that high quality diamonds over 10 carats are a rarity, the discovery of a 242-carat rough, of gem quality and exceptional size, is nothing short of a miracle,” Patti Wong, chairman of Sotheby’s Asia told Forbes. “The perfect 88.22-carat diamond is a summary of everything: a wonder of nature, a masterpiece resulting from man’s ability to shape the hardest material on earth into an object of ultimate beauty and the most concentrated form of wealth.”

On top of its flawless qualities, the diamond is said to be a symbol of good luck in Chinese culture, because 88, the number of carats, is a symbol of perfection and eternity.

Sotheby’s has been the leader in diamond sales at auction. In May of last year, at Sotheby’s Magnificent Jewels and Nobel Jewels auction in Geneva, a Farnese blue diamond sold for around $9.35 million, while a 51.71-carat round white diamond sold for $12.8 million and a 50.39-carat oval white diamond sold for $11.3 million. All sold for above their top estimates. In April, the auction house sold the only known round brilliant diamond over 100 carats, and while the actual sale price was kept under wraps, it was thought to be over $37.1 million.