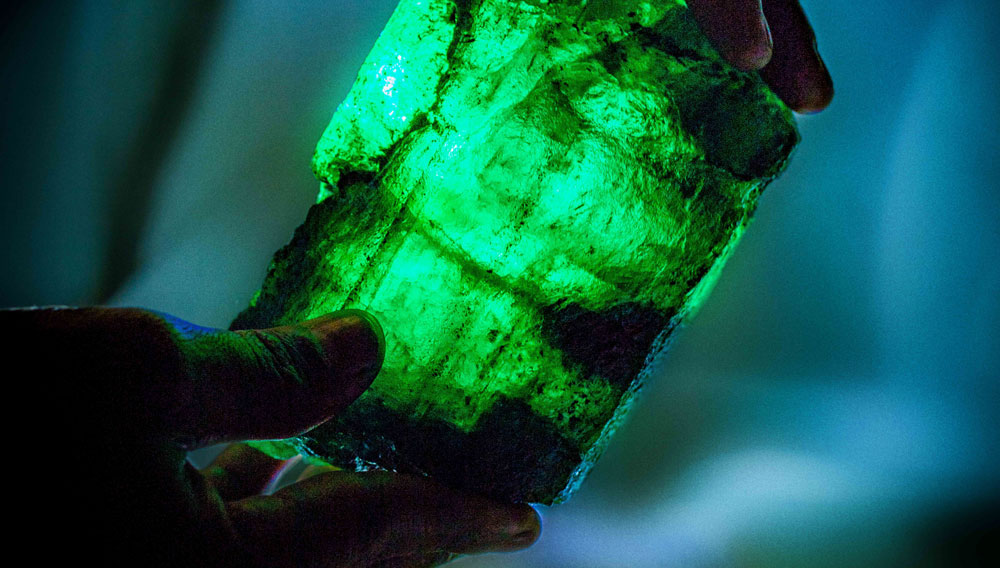 A massive emerald is unearthed in Zambia

The 5665-carat gem will be auctioned later this month.

Emerald pieces were all the rage at last year’s Couture Show in Las Vegas. And the vibrant green gem is still very much in vogue, as evidenced by the excitement over a newly discovered emerald from Zambia’s Kagem mine in the northern region of the country. Gemfields, the mining company that owns 75 percent of the mine, announced that the stunning 5665-carat gem (weighs nearly 1150 grams) was found in the eastern part of Kagem’s largest open-pit mine on October 2 by geologist Debapriya Rakshit and long-time emerald miner Richard Kapeta. While the team has found several notable crystals there recently, none of them have compared to the size, colour and clarity of this emerald.

Only the rarest of uncut emeralds are given a name, and this one has been dubbed Inkalamu (or the Lion Emerald) in recognition of the ongoing conservation work conducted by Gemfields’ partners Zambian Carnivore Program and the Nissan Carnivore Project. (Both groups seek to promote community development, address the issue of poaching by presenting alternative livelihoods, and aid in wildlife conservation.) Emeralds from the Kagem mine were formed more than 450 million years ago when in situ materials and surging magma from the earth’s crust combined to create the perfect conditions for emerald crystal growth. 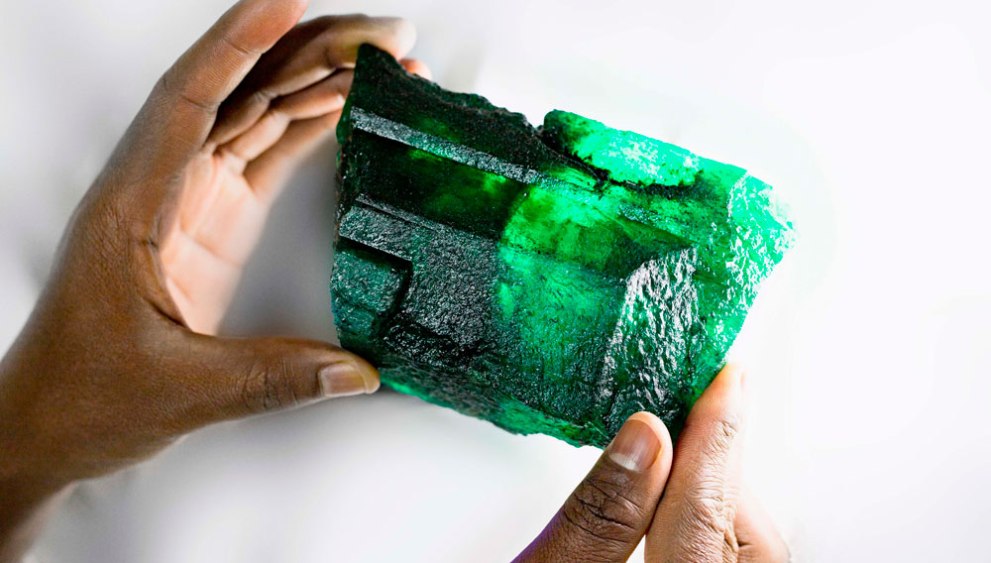 “We expect a number of large, fine-quality cut emeralds to be borne of the Inkalamu crystal,” says Adrian Banks, the managing director for product and sales at Gemfields. “Given this emerald is such a rare find, it is also perfectly conceivable that the buyer will choose to purchase it as an investment.”

The gem will be offered at Gemfields’ emerald auction in Singapore this month to around 45 approved auction partners. There’s no official word on how much the emerald is expected to sell for; Gemfields says that prices for large emeralds are much more difficult to predict than prices for diamonds. The company will donate 10 percent of the profits to its partners’ ongoing conservation initiatives.