Streetwear gave way to contemporary suiting, alongside slouch boots, some fine long coats and the welcome return of corduroy. So much corduroy.

Milan Men’s made a statement this year – the return of Ferragamo, Prada and Gucci bolstering a slew of strong and accessible looks that have us eager to embrace the cooler climes.

Beyond the return of the big three – and an impressive Italian debut for British label A-Cold-Wall – here’s all you need to know.

“It’s less street,” offered Mr Armani during a Milanese preview of his A/W efforts. For that, we’re thankful – and cue what’s been described elsewhere as ‘urban elegance’. The show opened with skiwear from the Neve capsule collection – we’ll take it all – before an alluring march of light suiting boasting velvet inserts and aristocratic, at times military-esque, coats and pops of red/burgandy against largely neutral tones. 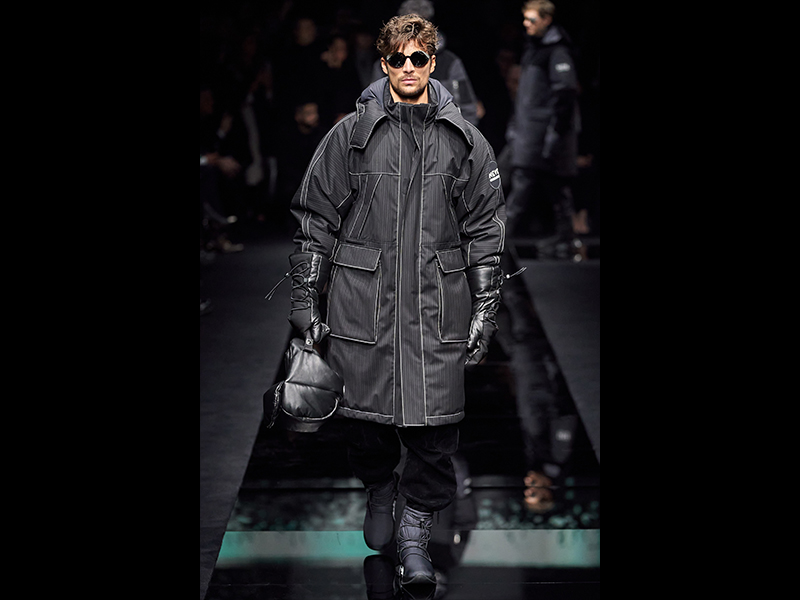 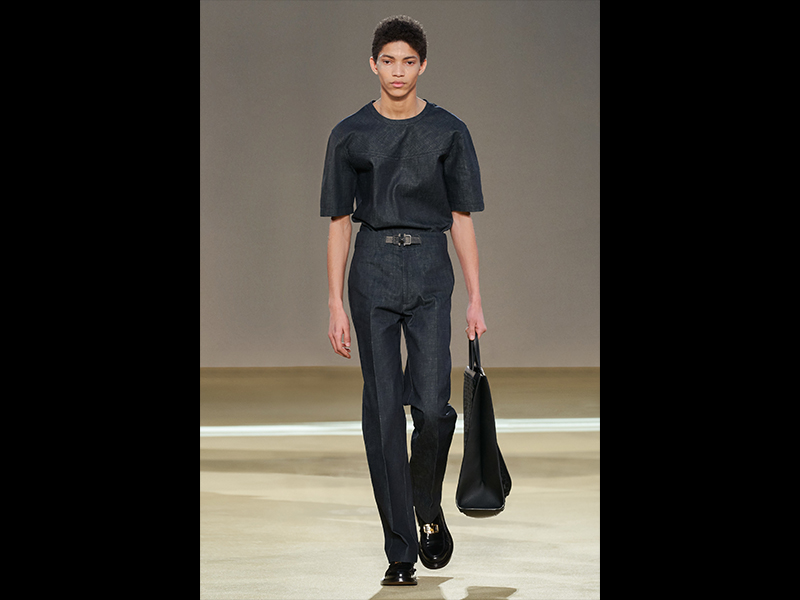 Etro played fast and loose with tailoring – cutting corduroy into suited pieces while adding a fringed blanket (ahem, poncho) to its repertoire, as seen on Aussie model Jarrod Scott. It’s about as bohemian as we get over here. 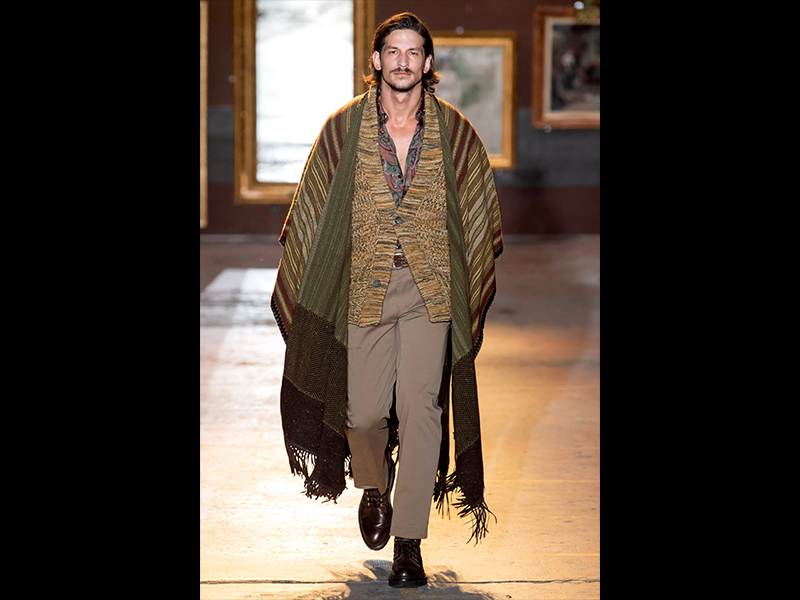 Although it lacked the theatre of a full-scale runway show, McQueen’s outing still simmered with an (expected) undercurrent of punky pops. Sharp silhouettes with swirling metallic insets had us swooning. 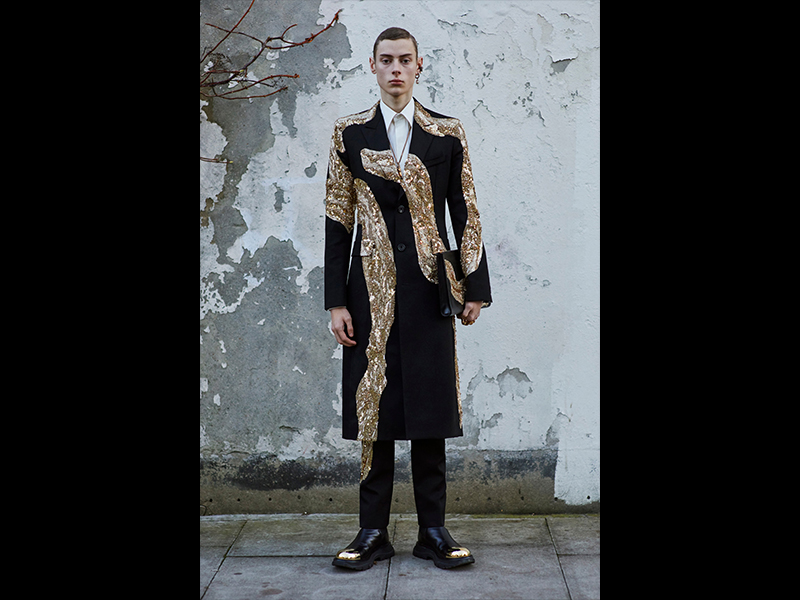 A return to pragmatism for D&G – who’ve found some Italian sensibility given the astute tailoring in modern, looser silhouettes paired to some very cool, heavy-set coats. A mammoth 116 looks were presented – and while corduroy was seen across Milan this season, nobody did pants quite as well as this lot. 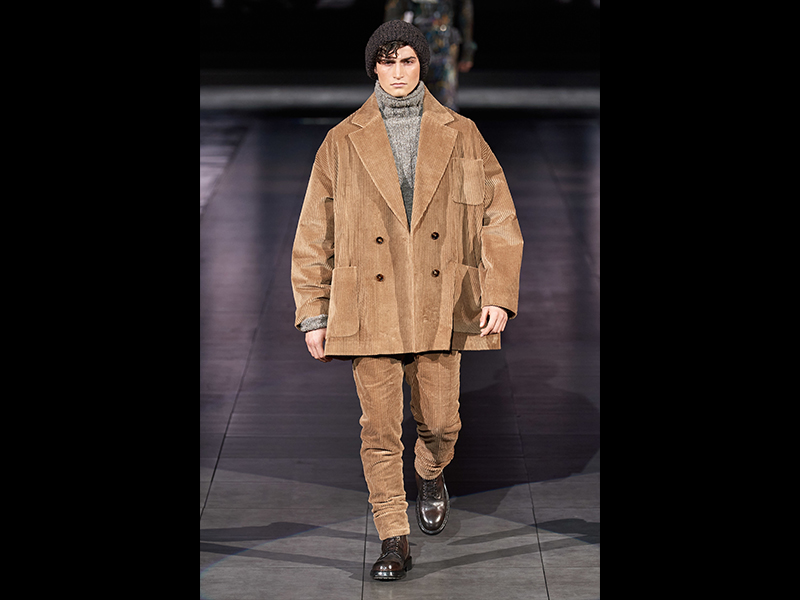 The colourful set saw Prada’s models fast walk their way across the space in rubber-soled slouch boots. Beyond the sleeveless, pop-coloured shirts, we can’t go past a Prada coat, in particular this grey number with black details and Prada ‘badge of honour’ worn on one’s heart. 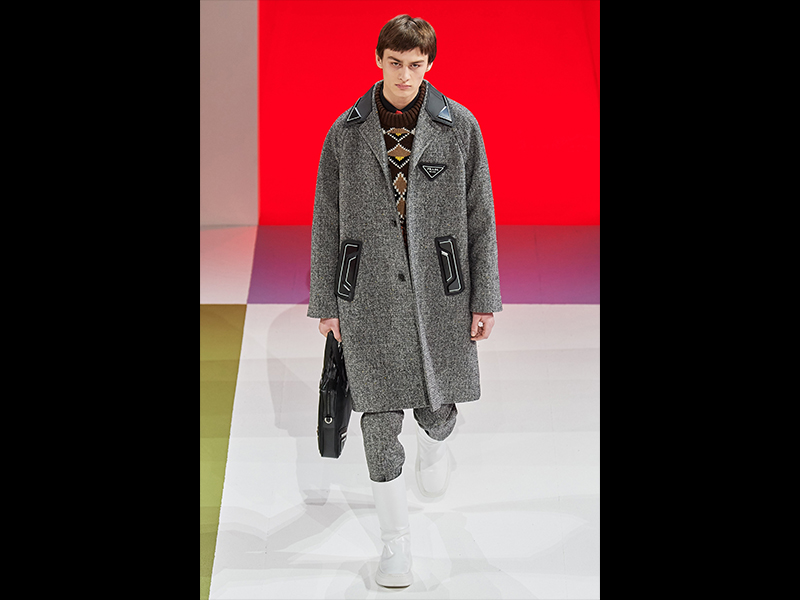 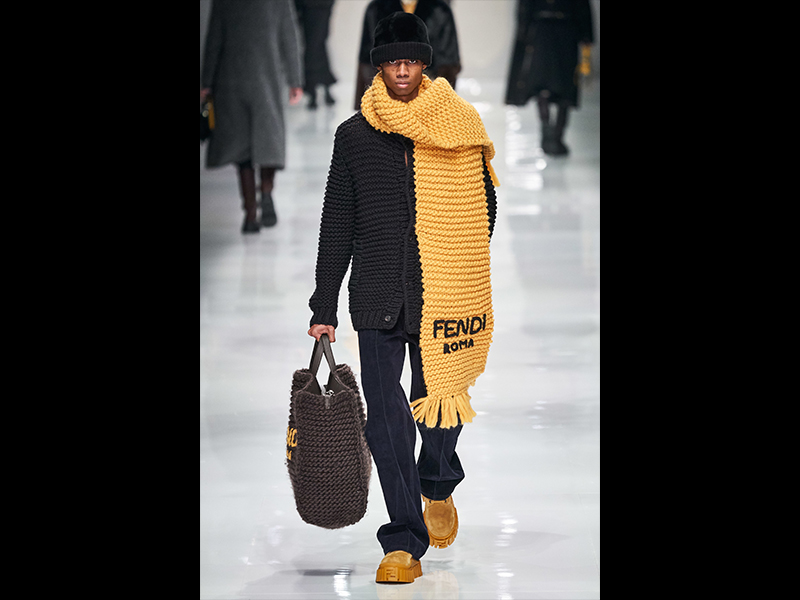 Hey Melbourne – check this out, colourful winter clothing. Ford went all Cali-cool with tapered, tailored suits that tied at the waist and shirts in colours as lifted from a Slim Aarons image. Oh, pink satin bomber anyone? 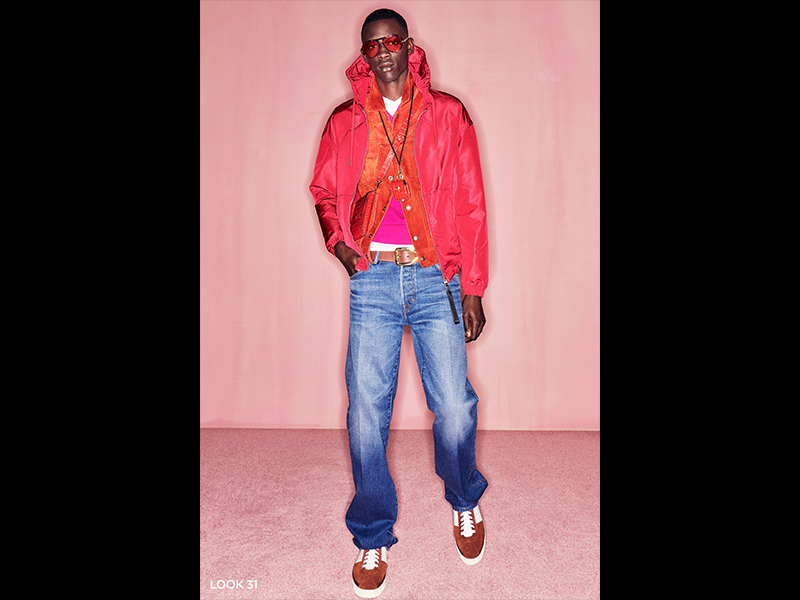 Bar the occasional baby-doll dress, Gucci made a return to a male-specific catwalk this season, bucking trends for gender fluidity and what is an opportunity to tell a ‘complete’ sartorial story. Alessandro Michele, this his fifth year at the design helm, delivered masculinity with a sense of child-like whimsy in a show entitled Rave Like You Are Five. It was luxury wrapped up in romanticism, punk and play – and it was possibly a little undercooked and a little too familiar to that which has been sent out before and which has driven Gucci’s incredible success that’s seen the house march beyond clothing to inform contemporary culture. All said and done – we’re for this floral, historically-directed puffer. 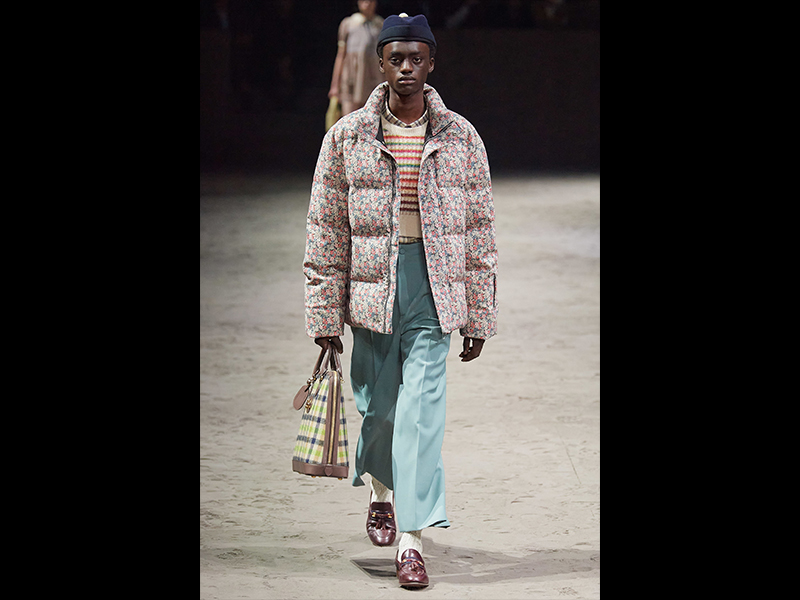 A new chapter for this former streetwear darling and a standout debut Milan showing – a first since leaving London. Gone are the logos and graphics of before – replaced by a mature collection of slinky suiting and bold shades of blue. We’ve already ordered the double-faced teal overcoat. 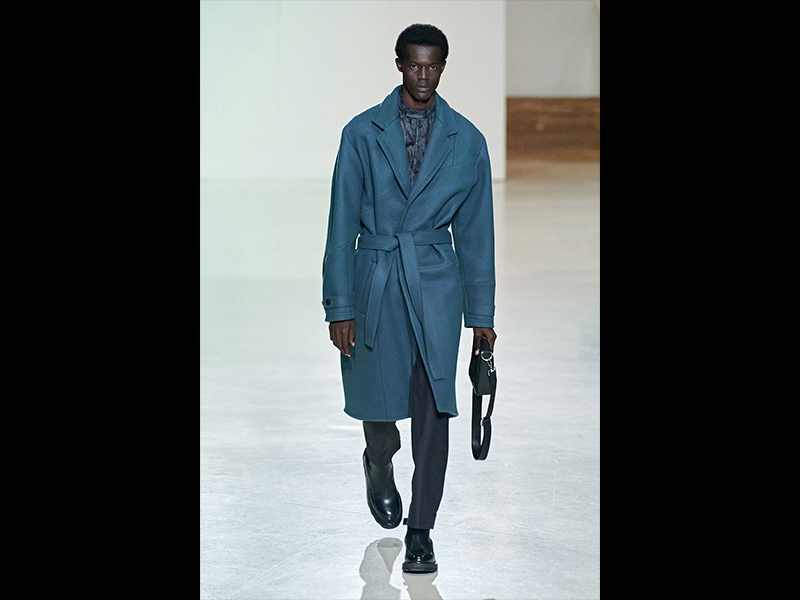