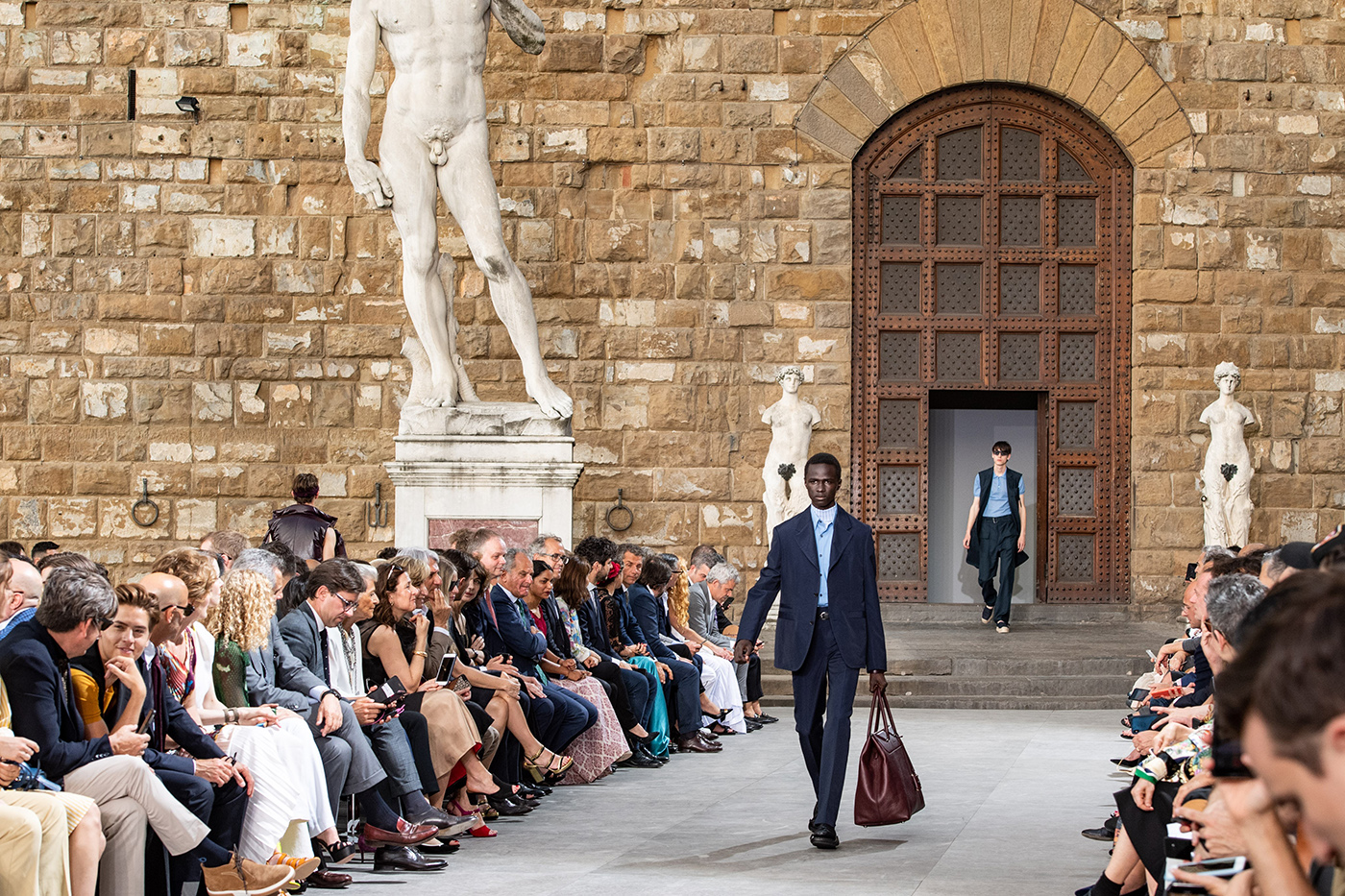 Versace opts to buck the return of independent men’s shows.

There’s no sign of the current ‘Menswear Moment’ that blankets the fashion industry dissipating any time soon. Interest and profits are soaring – giving rise to a pendulum that right now chimes between independent and co-ed showings.

Many (think Moncler, Coach, D&G, CK, Armani, more) have adopted the latter approach – as led by Prada before Gucci maestro Alessandro Michele’s seemed to make it his own in 2017 – allowing for completed ‘stories’ to be told. (And, sure, money to be saved).

And yet the rise and rise or modern menswear is seeing a sudden and spirited return to dedicated, independent catwalks – Gucci confirming an end of its co-ed Milanese twirl as part of women’s fashion week, opting to return to January’s men’s week alongside Ferragamo.

“After several seasons of showing menswear and womenswear together in a co-ed format, presenting each collection within its respective calendar forms part of an organic program of development for Ferragamo, in which menswear plays an undisputed role,” chimed Salvatore Ferragamo Chief Executive Officer Micaela le Divelec Lemmi. 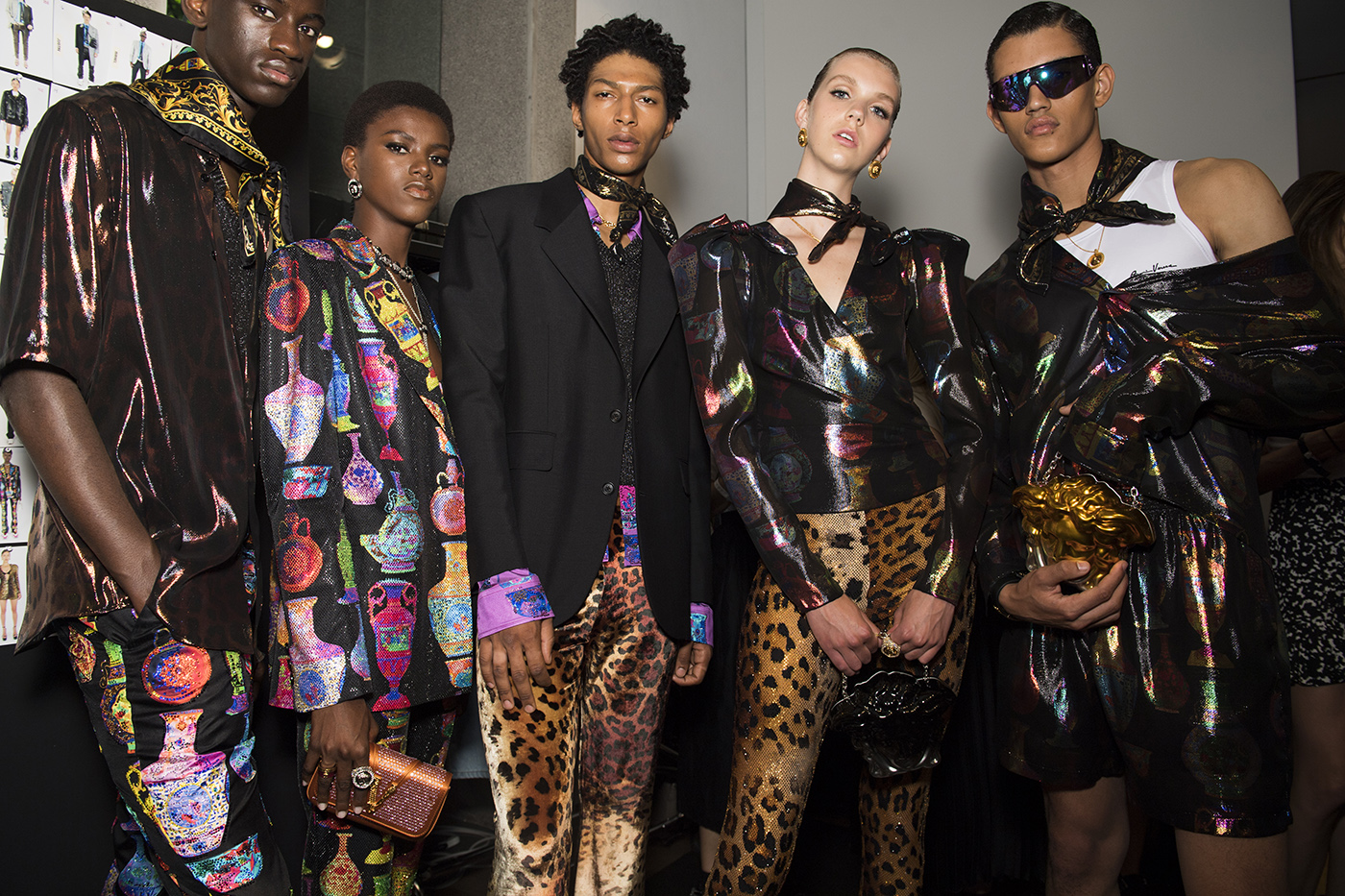 Enter Versace, which today confirmed a reverse move – a combined Milanese catwalk to feature as part of women’s fashion week in February 2020.

“Today we live in a society in which we are all talking to one another and influencing the way we look at things … this is why I felt the need to concentrate my creative focus, and design a collection with one point of view, one vision, one world of Versace,” said Chief Creative Officer Donatella Versace.

“It’s not just about inclusivity and diversity, it’s about being equal, also on the runway.”

Mens-womens, womens-mens – either way we’ll be sure to haul the Rimowa suitcase off to Milan early next year.