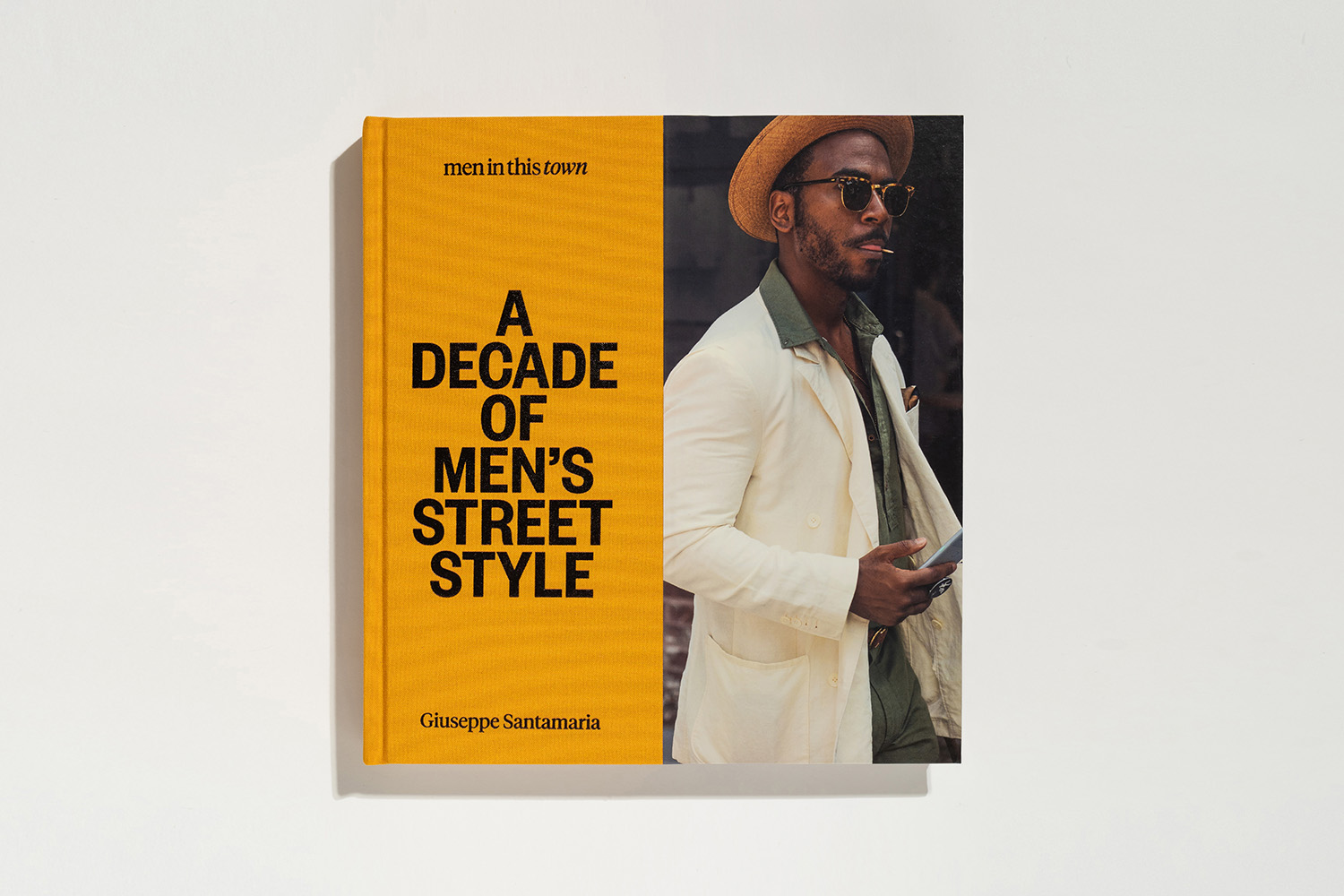 A Decade Of Style: Giuseppe Santamaria

Meet the man behind Men In This Town—our own humble and talented art director.

With a new hardback retrospective documenting 10 years of his unique street-style photography, we sat down with the man behind Men In This Town—our own humble and talented art director Giuseppe Santamaria.

Giuseppe Santamaria: That’s what they’ve been saying for the last 10 years, yet books and magazines keep getting printed. Personally, this is the book I’ve always wanted to publish. The first three were amazing opportunities but I feel like it was a bit early in my photography career to publish my work, specifically the Men In This Town project … this new book is 10 years in the making and a retrospective of a decade’s travels, capturing men’s street style in towns around the world.

RR: What does a hardback and this medium offer you over your digital day-to-day?

GS: I started Men In This Town as a blog because it was the easiest and cheapest way to get my work out there at the time. But there’s nothing like seeing your work in print, let alone a hardcover book that can last for hundreds of years. You never know what will happen with the internet in the future, we could easily lose everything, so the fact that there will be 10,000 copies of the book sitting on bookshelves or coffee tables around the world, you would think one copy will make it through … 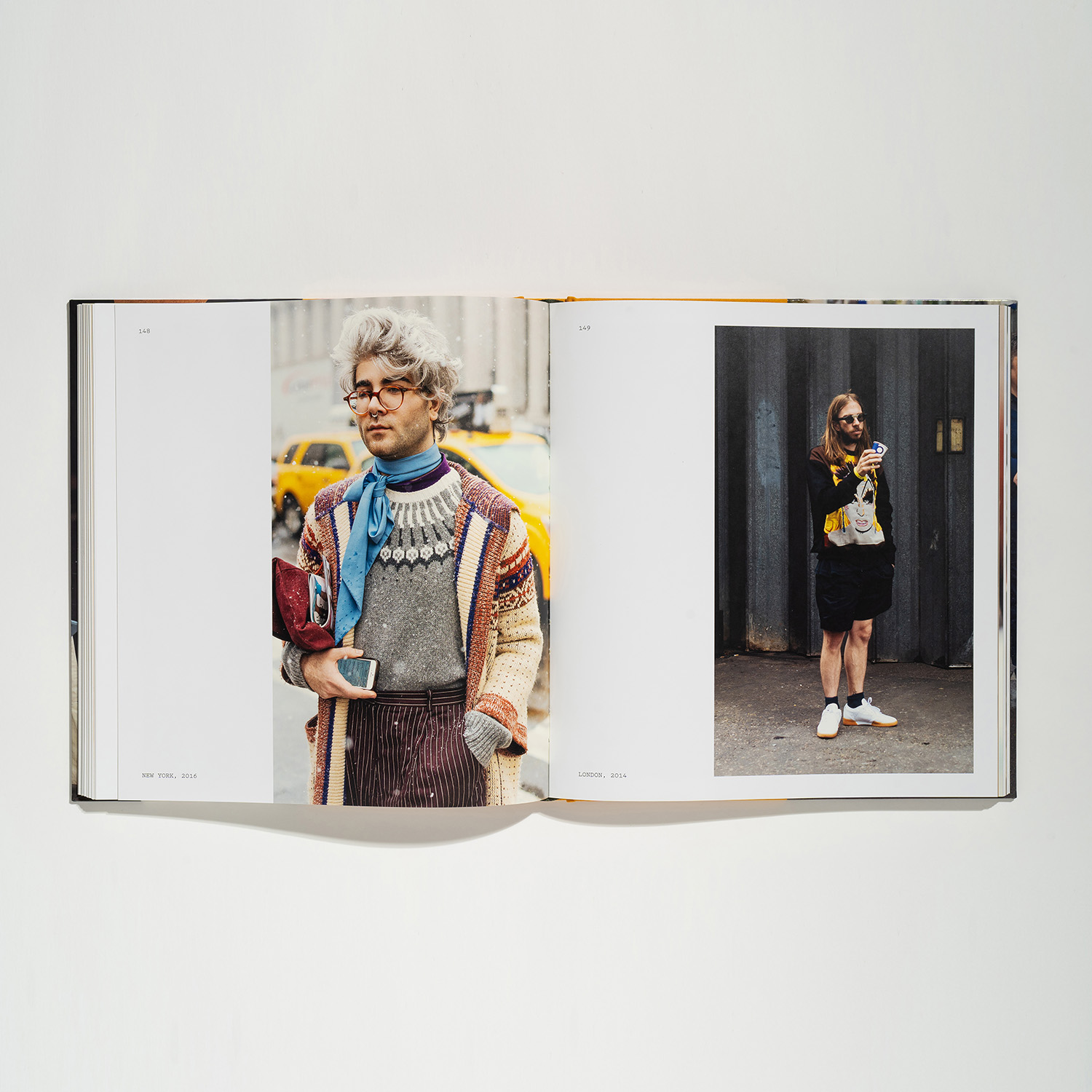 RR: … We hope so. Was it enjoyable trawling through the archives?

GS: It was definitely a trip, especially during Covid. You can sometimes forget about travels and experiences but going through the thousands of photos, I was instantly transported to whatever town I was in, remembering what I ate for lunch that day (Tokyo lunches were a favourite) or what I did that night (jazz bars almost every night in New York). It was bittersweet, as it’s now been over two years since I’ve been overseas, so it would be an understatement to say that I’m looking forward to boarding a plane sometime soon.

RR: How do you view the evolution of Australian men’s style over this period?

GS: The growth in menswear here is the biggest, more so than any other city I’ve been to. Naturally, the Aussie uniform used to be a singlet, shorts and thongs, but with the internet bringing inspiration from various pockets around the world, we’ve seen how the Italians dress during the summer months, or how men in Los Angeles dress in a similar climate to us. There’s more out there than we used to know, and with more knowledge comes pretty great street-style looks. 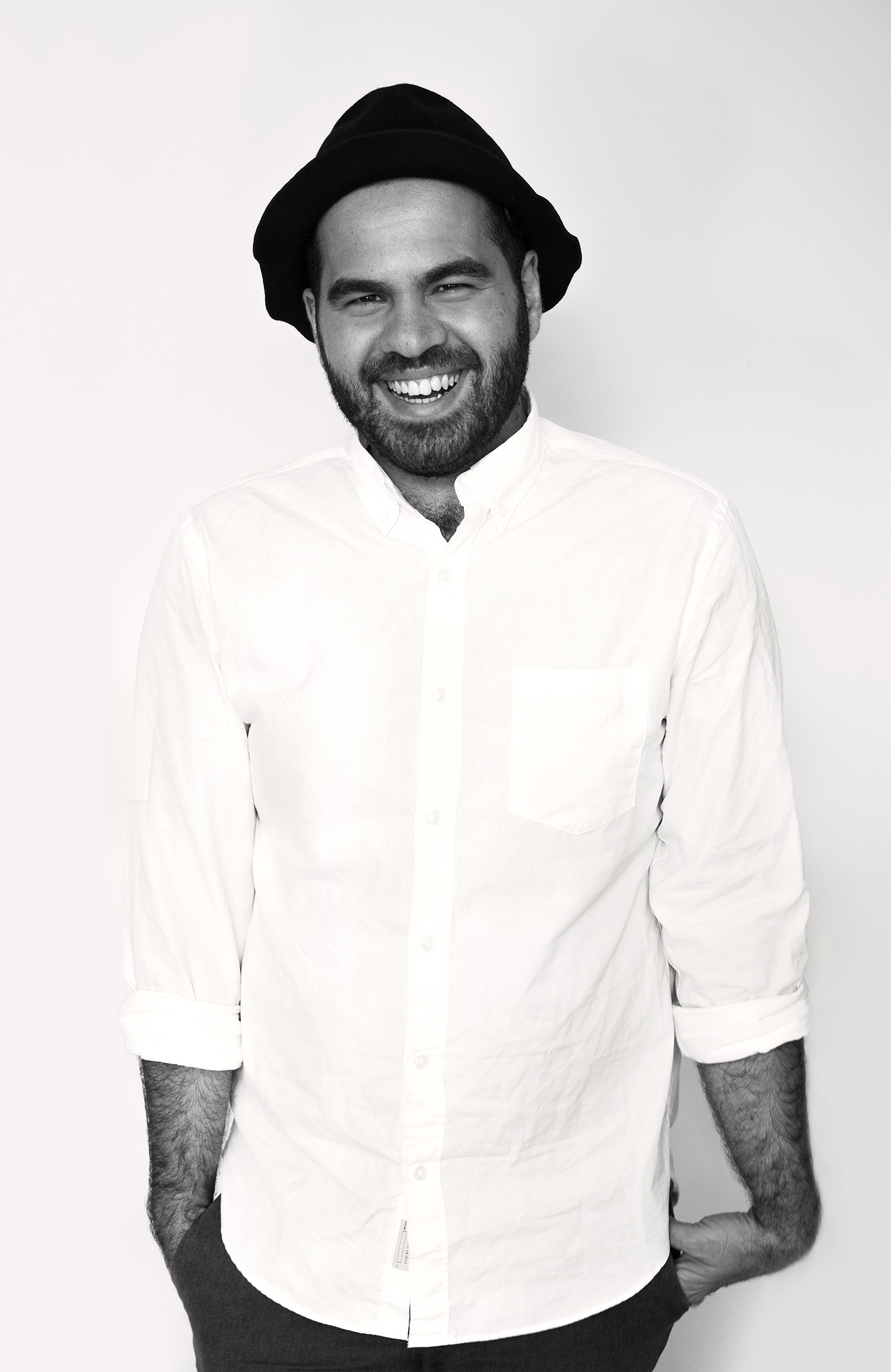 RR: This is a book about fashion, people and individuality—but then it’s also a look at Sydney and how it’s changed in the past decade.

GS: One of my favourite things about street photography is the documenting of a city, and looking back at those photos in the future. Saul Leiter and Ernst Haas were two of my favourite photographers that did this beautifully. What would have seemed like an average photo at the time is now something extremely special, a memory of how things used to be. And it can be the smallest of things that make it special—the cars on the street, the hats people used to wear, or in my photos, how people went from having white wired earbuds in their ears, to having white wireless earbuds in their ears.

RR: Starting out, what was the original idea for Men In This Town?

GS: The idea was to capture and document how men in this new age of the internet were using fashion to express themselves, and how masculinity as we knew it was a thing of the past. The blog, books, magazine and podcasts that have come out of this project show that there isn’t just one way of being a man and I think that’s an important thing for men to realise.

RR: What if someone doesn’t want to be photographed—any “interesting” experiences during the time you’ve been doing this?

GS: One of the main things I’m looking for when photographing someone is confidence. Someone who is walking down the street, wearing whatever they want, not caring what anyone else thinks. Because of that, I rarely get noticed or stopped. They either take it as a compliment or never saw me to begin with.

RR: What do you think distinguishes your work from others categorised as street-style photographers?

GS: The candidness sets me apart. A lot of them will stop their subjects and take a portrait that captures their style beautifully. But I love how someone holds themselves when they think nobody is looking. There’s something special in that, and I want to capture it.

A Decade Of Men’s Street Style is now available to pre-order, and is released globally October 12, $60; meninthistown.com