ON TO THE AMERICA’S CUP: Luna Rossa secured the Prada Cup over the weekend in the Auckland waters, sealing a 7-to-1 win over team Ineos U.K.

Seven points were required to win the Challenger Selection Series and the right to challenge the Emirates Team New Zealand in the America’s Cup match.

The Prada Cup finals kicked off on Feb. 13 and took place despite a stop last week, due to a 72-hour lockdown that put all of Auckland on hold with a COVID- 19 alert.

“I’m really happy for the guys, for all our sponsors, for all the people who worked for us in this project. It was not so obvious and trivial to win because even if we were few teams, we were three super-competitive teams,” said Max Sirena, skipper and team director. “I am happy for the team because it has not been an easy campaign so far and it is fair that today they can enjoy the day. From tomorrow we will think about Team New Zealand. We have a lot of new things to try and we can’t relax much, but it’s important not to lose the momentum; we will train and not to let our guard down. What matters is to keep the pace up and then we’ll see. We will go there with our heads down and we will play it until the end.”

With two solid wins, Luna Rossa Prada Pirelli officially becomes the challenger for the 36th America’s Cup, scheduled to start in Auckland on March 6 and run until March 15.

As reported, at the end of January Luna Rossa won two races against NYYC American Magic, gaining access to the Prada Cup finals, facing team Ineos U.K., the undefeated winner in the round robins.

The Luna Rossa team was established in 1997 by Prada’s chief executive officer Patrizio Bertelli, an avid sailor, and the team won the Louis Vuitton Cup in 2000, with a record of 38 victories over 49 races. It also competed in 2003 and in 2007, when it reached the Louis Vuitton Cup final. 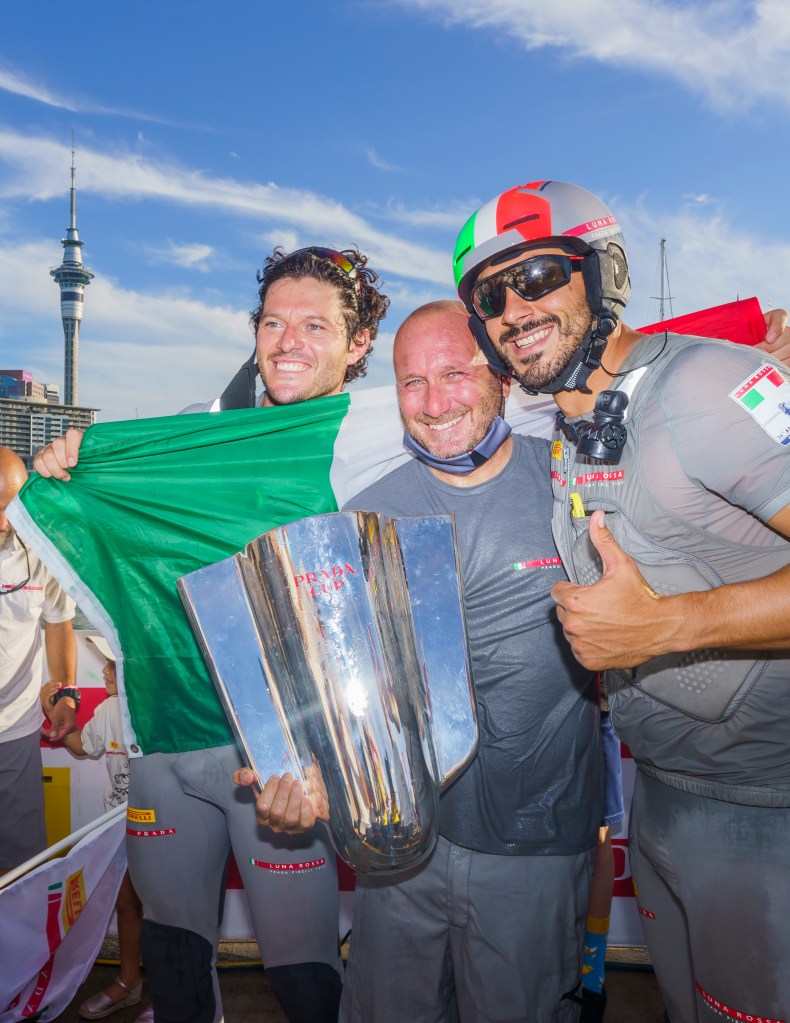