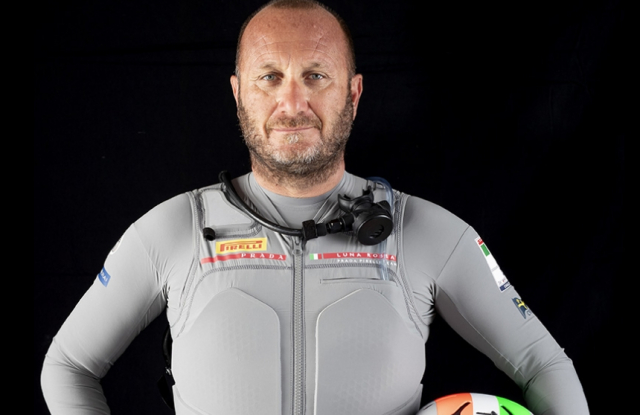 Ahead of next year’s America’s Cup in Auckland, we chat to the Luna Rossa skipper about ‘pandemic training’ for the Auld Mug, sustainability and his newfound fondness for Australian Merino wool.

“Our office is the ocean.” Fittingly, Max Sirena, skipper and team director of the Luna Rossa Prada Pirelli team, is doing everything he can to protect his office — starting with wearing biodegradable uniforms exclusively crafted from fabrics made of wool in a partnership with The Woolmark Co.

“Wool and merino are comfortable to wear,” says Sirena. “Actually, I discovered only a few years ago how wool and merino can also be worn in the summer.”

The partnership with The Woolmark Co. was unveiled in June 2019 at Pitti Uomo, when the Luna Rossa sailing team announced it was switching from synthetic fabrics to wool ones.

The uniforms, which the Luna Rossa Prada Pirelli crew will sport during regattas, events and official activities, will include a waterproof jacket, a soft shell jacket, a polo shirt, a wet jacket, a blouson, a T-shirt and a wetsuit and base layers, all crafted from natural renewable and biodegradable merino wool, therefore not causing any microplastic pollution of either marine or land environments.

Sirena, who is clearly a no-nonsense professional sportsman, highlighted wool’s performance and qualities that serve the team well while sailing. “It’s light, breathable, it dries quickly and stretches. We are at the top level of our sport, so we are looking at performance, but we are also paying attention to the environment. I am desperate to try and protect it.”

In May, Sirena posted a photo on his Instagram account of a supermarket’s parking area for shopping trolleys, the pavement littered with plastic, protective masks and gloves. The caption reads: “I was sure, we can not change, we are too stupid! We need to protect our planet, our ocean!! Let’s work together!”

“I was devastated,” says Sirena, recalling the image. “The coronavirus is a huge problem that is not just coming and going and we must protect our lives, but at the same time we lost focus on other priorities, and we must keep our environment clean. I am disgusted by the attitude and by how people forget this. How we treat the earth is a boomerang and it comes back at us. If we don’t catch it, it hurts us.”

Sirena concedes that over the past few years a lot of effort has been put into talking about pollution and especially about plastic waste in the oceans, but adds he’s “really concerned by people’s ongoing lack of respect.” He believes that “until a problem touches you, your family or your friends personally, you don’t feel the danger but this is really a big problem.” While fully endorsing the protests supporting the Black Lives Matter movement taking place globally, he adds newspapers are filled with photos of masks and gloves strewn on the streets that “soon will end up in the water.”

“We should alert the World Health Organization. There’s always a focus on one thing at a time, while we should take a look at the global picture.” 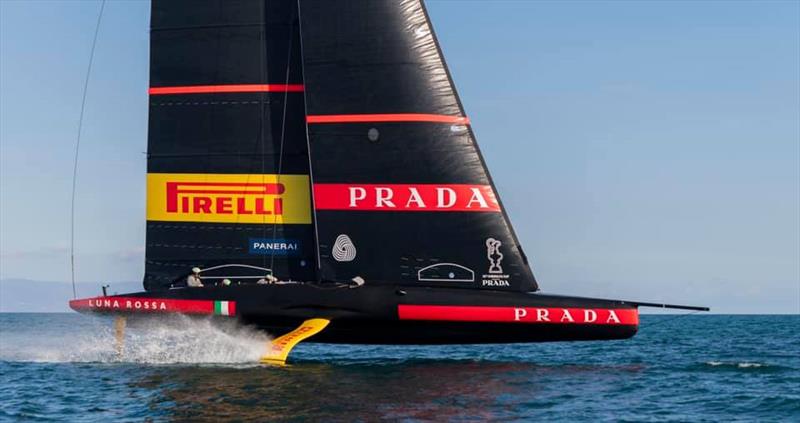 Sirena concedes the younger generations are tuned in to environmental issues: “it’s up to the parents and the family to teach the kids. Sometimes it’s not easy to explain and I have a feeling that parents may choose the easy way out, avoiding face-to-face conversations. But kids are smart enough to understand the dangers of polluting the planet and the oceans. It’s a cultural problem, and people want an easy life. But it doesn’t really take much to act and we should really start from teaching this in schools and investing in research and development.”

Social media is a powerful tool, he adds, and it can be used to raise awareness. “Someone was there to film the killing of George Floyd, and this moved millions of people.”

In March, Luna Rossa’s operating arm COR 36 (Challenger of Record) revealed the “impossibility of organising the ACWS Sardinia” sailing races in Cagliari, scheduled for April 23 to 26 in the wake of the Covid-19 outbreak. The races were the first series of preliminary regattas of the 36th America’s Cup presented by Prada, the America’s Cup World Series.

This is the sixth America’s Cup for Prada’s chief executive officer Patrizio Bertelli, a passionate sailor who owns Luna Rossa and is president of the Luna Rossa Prada Pirelli Team.

The new Luna Rossa sailing boat was unveiled and christened in October in Cagliari and will represent Italy and the Sicilian Sailing Circle at the America’s Cup, the oldest trophy in the history of sports and the most prestigious in the sailing world. Races to determine the winner of the Prada Cup are slated to take place in Auckland from January to March 2021. The winner of the Prada Cup will then line up against the America’s Cup defender, Emirates Team New Zealand, in a 13-race series expected to begin in March 2021.

According to Sirena the team stopped sailing on March 12 and was back in the water on April 17, but with only five people on board and not 11, and a team slimmed down from 50. The Cagliari base was shut, but the team continued to work, three people at a time, every day. “We have always been used to smart working with people around the world so it was not an issue for us,” says Sirena.

In the past five days, the team’s full crew has returned to work with masks and other protections. Fortunately, nobody was ever affected by the coronavirus, Sirena said.

The lockdown impacted the construction of the second boat, as suppliers were shut, but Sirena says the team is “trying to make up for the lost time.”

The plan is to sail in Cagliari until the third week of September and then “the idea is to fly both boats to New Zealand at the end of September or the first week of October and be able to sail there by the last week of October, but we could adjust our plans depending on quarantine regulations,” he explains.

The races in Cagliari are off. “To be able to race in Cagliari we need to win the cup,” he says with a smile.

This interview originally appeared in WWD