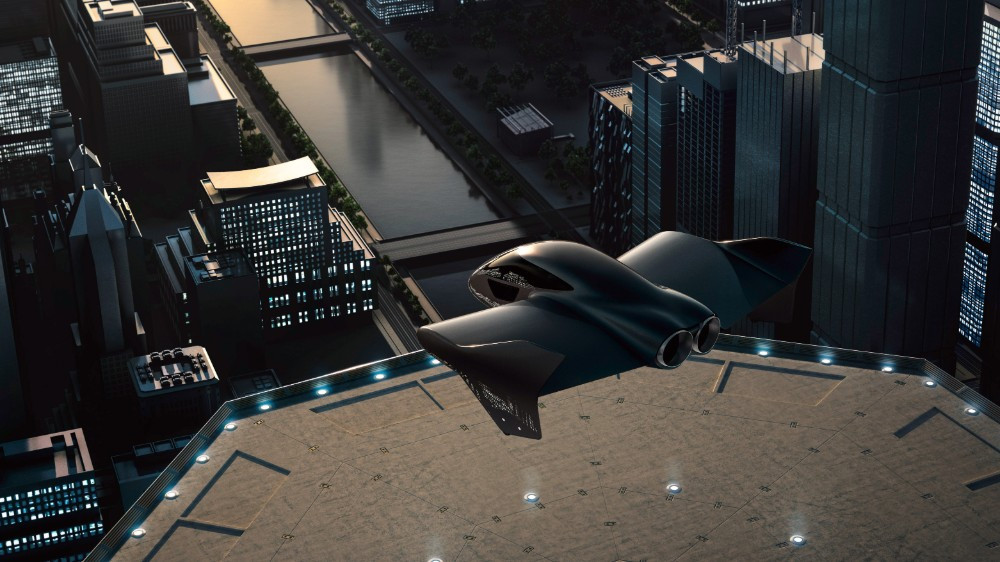 The companies will work with Boeing subsidiary Aurora to develop an electric-powered vertical takeoff and landing (eVOTL) concept aircraft.

We were promised flying cars. Not only are they coming, it looks like we’ll be getting a luxe edition.

Just a month after Porsche debuted its first all-electric vehicle, the Taycan, the company has set its sights on the sky. The storied automaker is teaming up with Boeing to build “premium personal urban air mobility vehicles,”—or, in layman’s terms, luxury flying cars.

Porsche has entered into a nonexclusive memorandum of understanding with the American aerospace company to explore the viability of electric-powered vertical takeoff and landing (VTOL) aircrafts, the pair announced in a joint release. While the agreement does not guarantee that the two companies will produce a flying vehicle together, it shows that they are both serious about the potential market and extending urban traffic into airspace.

“This collaboration builds on our efforts to develop a safe and efficient new mobility ecosystem, and provides an opportunity to investigate the development of a premium urban air mobility vehicle with a leading automotive brand,” Steve Nordlund, VP and general manager of Boeing NeXt, said. “Porsche and Boeing together bring precision engineering, style and innovation to accelerate urban air mobility worldwide.”

A rendering of a possible Porsche and Boeing electric-powered flying car: Boeing

As part of the agreement Porsche, Boeing and Aurora (a Boeing subsidiary) will work together to develop an electric VOTL concept vehicle. This aircraft would be able to make short flights across cities, reports The Verge. Earlier this year, an Aurora prototype was able to take off, hover for a few seconds before landing during testing in Virginia.

Meanwhile, Boeing isn’t the only aerospace giant trying to get in on the nascent eVTOL market. The European-based company Vahanna successfully completed a successful test flight of its owb aircraft last year. It intends to use the vehicle to launch its own flying taxi network. Other companies exploring the flying vehicle market include Lilium, Uber, Kitty Hawk and Rolls-Royce.