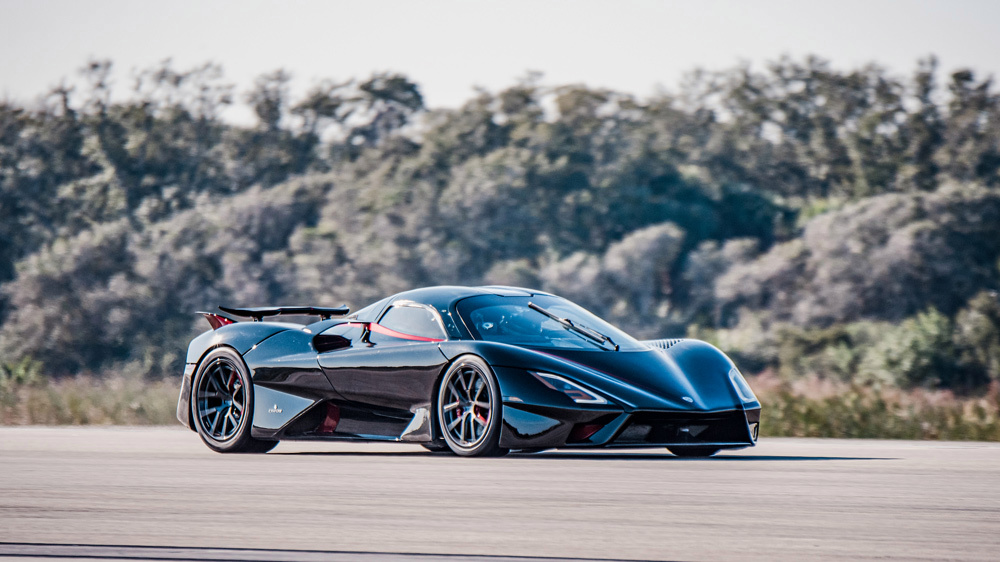 After October’s dubious results the hypercar ran again on January 17 and averaged 455.28km/h.

On the same runway formerly used for space shuttle landings, Dr. Larry Caplin took his own SSC Tuatara hypercar to a new production-car speed record, across a 3.7 kilometre straight he recorded two passes in opposite directions averaging 455.28km/h a feat officially announced this morning by SSC North America.

The accomplishment eclipses the former 447.2 km/h benchmark set by the Koenigsegg Agera RS in 2017. Bragging rights nearly went to Bugatti in August of 2019, when a Chiron charged to 490.5 km/h. Unfortunately for the French marque, the car was not a production version, and it only traveled in one direction (two are officially required).

Even SSC North America had a recent claim dismissed. In October, engineer and company founder Jerod Shelby (no relation to Carroll) and crew brought the 1304kW, carbon-fibre Tuatara to Nevada, initially reporting an astounding pair of runs that together averaged 508.7km/h. The would-be milestone was quickly contested, with Shelby acknowledging soon after the inability to accurately verify results.

“We couldn’t make full sense of our data and we were not 100 per cent able to come out and refute these doubts,” Shelby told Robb Report by phone yesterday. “So we made the decision, in-house, that the only right thing to do would be to go re-run for the record,” he said. “And this time, do it in full transparency.” 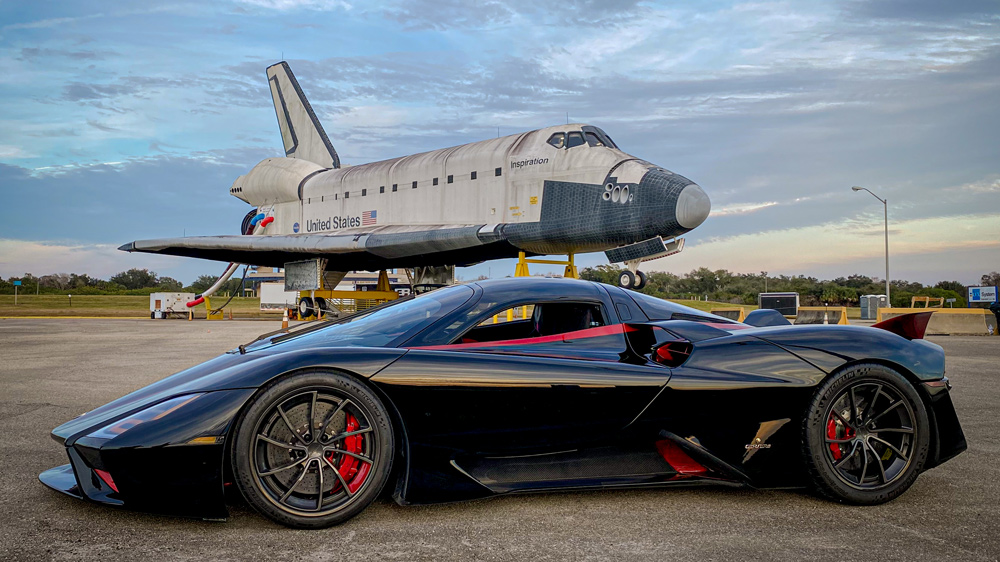 For the second try, that transparency included GPS and measurement equipment from four separate companies, each of which brought its own staff to install and monitor the equipment without any involvement from the SSC North America crew. “We did our research, and Racelogic seems to be the most respected GPS measurement company out there,” Shelby said, “so we wanted them to be the third party to release all the data and verify the results.” Racelogic did just that, issuing its own press release and providing video documentation for each pass. 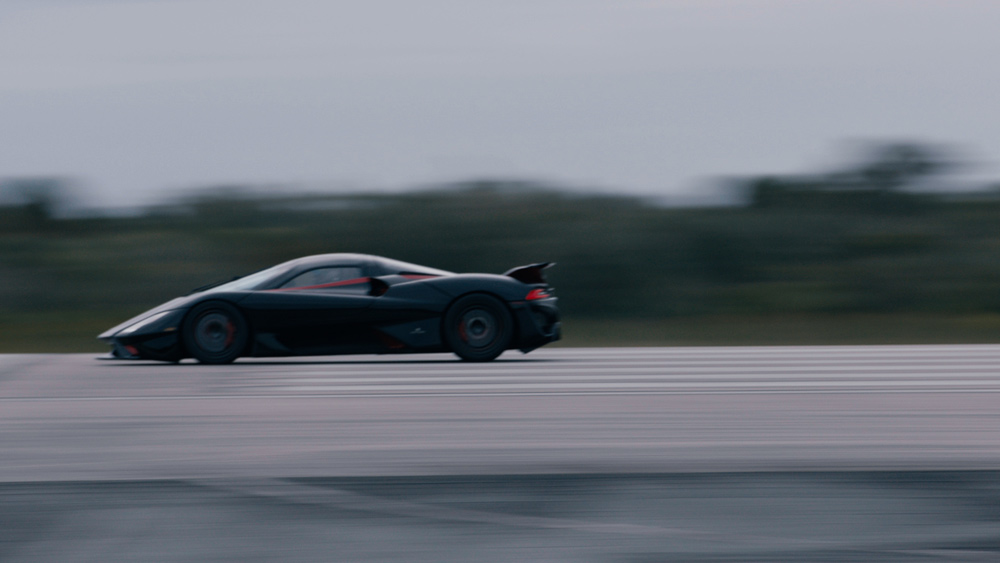 The 1304kW Tuatara tears down the runway. Photo: Courtesy of SSC North America.

At exactly 2:38:09 local time, Caplin hit 450.1km/h going north. Another 50 minutes, 42 seconds later, he topped out at 460.4km/h heading south over the same section, both speeds faster than that of the space shuttle at touchdown. Perhaps more impressive is that Caplin is not a professional driver; rather, he’s the first customer to buy a Tuatara, which starts at approx. $2 million. 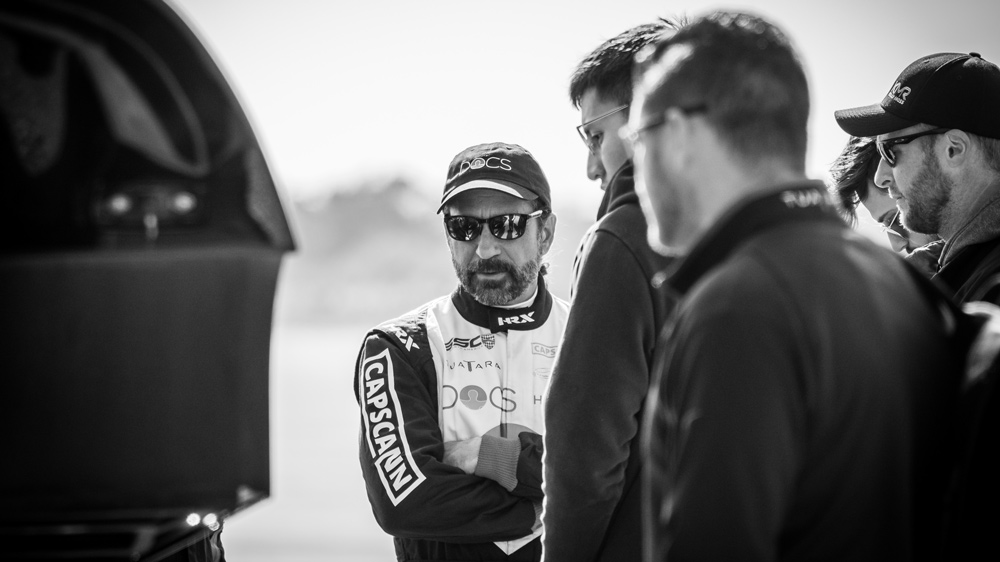 For October’s attempt, Caplin handed the car over to racer Oliver Webb, but asked to take the wheel himself for the most recent try. Shelby remembered questioning him: “You want to throw in the variable of a customer driving, and one who has spent almost no time at 200 mph?” According to Shelby, Caplin’s response was simply, “You know, what if we pull it off? How big would that be?”

Training sessions in Florida were done after the car’s engine, a 5.9-litre twin-turbo V-8 making 1684Nm of torque, was detuned for substantially less output—at first. “We pulled a lot of power out of the car and had Larry get used to it,” explained Shelby. “As he got more and more comfortable, we continued to add power back in.” 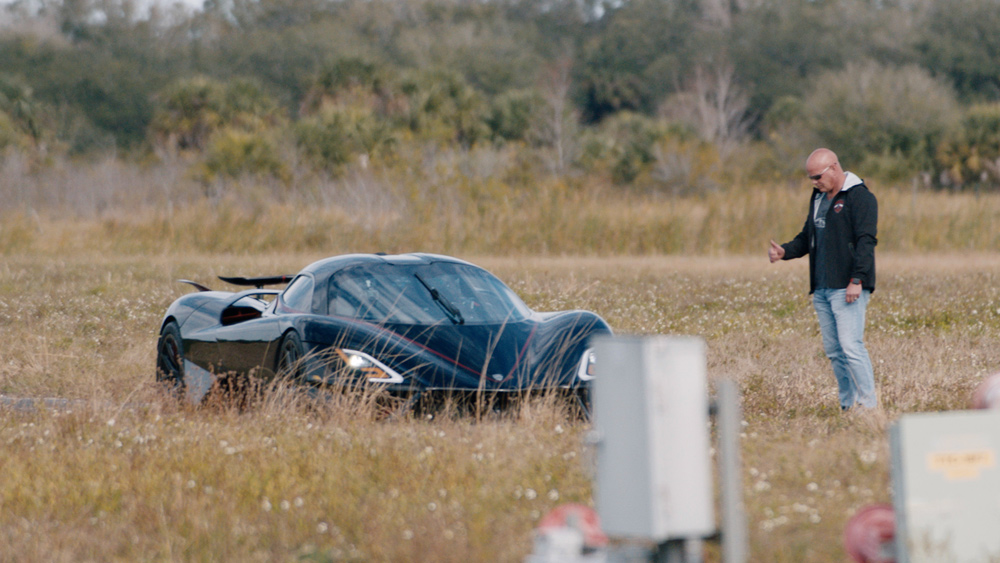 The team also had a different approach to acceleration. “When we were in Nevada, we brought the car up really slow and easy to about 290km/h, and then only had full throttle for about 20 seconds,” Shelby said, elaborating that, in Florida, the track was far shorter and called on them to go “drag-race mode,” which meant “full boost for 40 to 50 seconds from a stop, and the car was still accelerating like it had a rocket attached.” 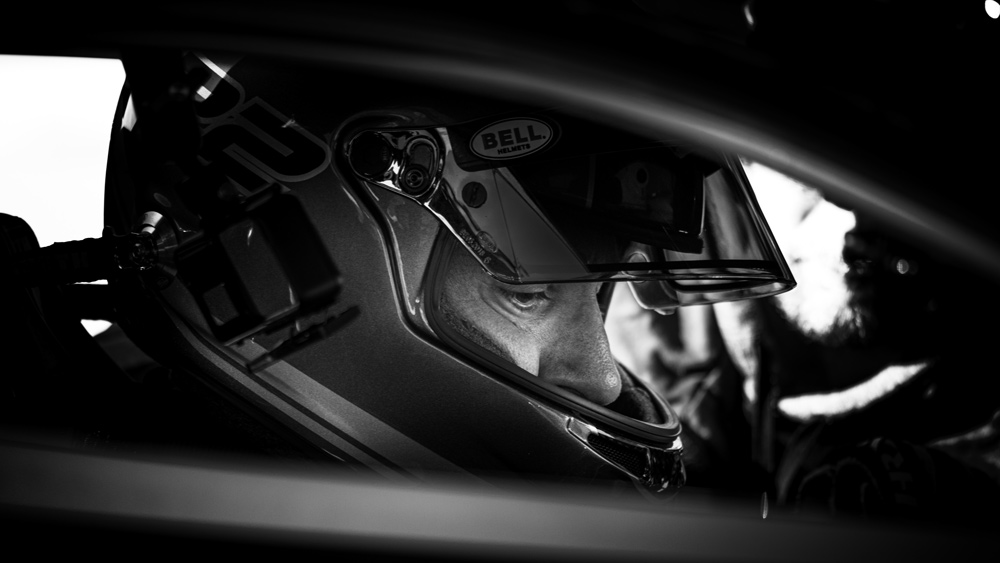 Surprisingly, that performance was done with the car’s full power only made available at the middle of seventh gear, leaving room for considerable improvement as far as Shelby’s concerned: “We already have plans of going back and feel that, if we give him full power now, we have a really good shot at hitting 480km/h—just in that little 3.7 kilometres.”