The SSC Tuatara Is The World’s Fastest Production Car

The supercar smashed the previous record held by the Bugatti Chiron.

Move over, Bugatti Chiron. There’s a new world’s fastest production car, and her name is the SSC Tuatara.

Earlier this month, the SSC North America headed out to Nevada to see if it could earn itself a spot in the Guinness Book of World Records. By the end of the day, the boutique automaker’s astonishingly powerful hypercar had established a new record of 508.73km/h, a number that easily eclipses the 490.48km/h mark previously held by Bugatti’s speedster.

The Tuatara’s record-setting performance took place on Saturday, October 10, on an 11-kilometre stretch of State Route 160 between Las Vegas and Pahrump. Unlike its French counterpart, SSC America made sure to follow Guinness’s strict criteria during its run at history, as the automaker explained in a press release. This included setting the mark in a production vehicle running on non-race fuel and street tires, determining top speed by averaging the speed of two runs in opposite directions along the same route, accomplishing the feat on a public road and having the car tracked by a verified GPS measurement system, with two approved witnesses there to corroborate results. The Chiron’s 490.48km/h top speed was set over just one run on a private course, which is why some observers feel the record still belongs to the 477km/h Koenigsegg Agera RS. 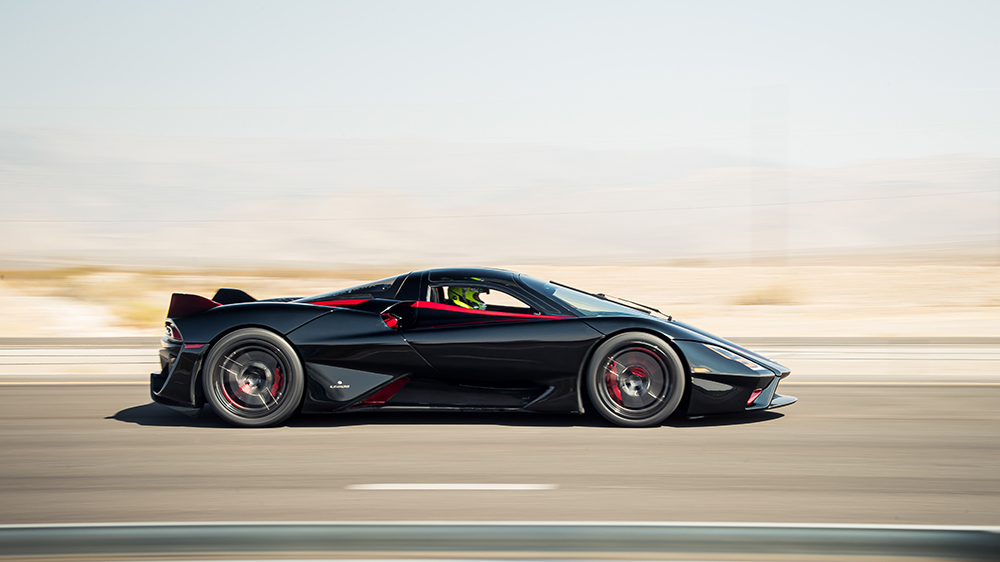 But despite having checked all those boxes, the brawny hypercar had little difficulty smashing the record. Driven by professional racer Oliver Webb, the mark was set after combining two high-speed runs of 484.5km/h and 532.9km/h, respectively. The consecutive runs both took place over the course of an hour. That the only record set by Webb and the Tuatara, though. It also owns the records for fastest flying mile on a public road (503.9km/h), fastest flying kilometre on a public road (517.16km/h) and highest speed achieved on a publish road (532.9km/h). As for the latest feat, it should be noted that, while all the required guidelines were met, the record has yet to be certified by Guinness.

This isn’t the first time Washington State-based automaker has laid claim to the world’s fastest production vehicle. Its first car, the Ultimate Aero, also broke a speed record in 2007, when it was clocked going 412.28km/h. But the company’s latest vehicle is so much more powerful than its predecessor, thanks in part to better aerodynamics and a 5.9-litre twin-turbo V8 capable of producing a staggering 1305kW and 1683Nm. It’s also even faster than the marque expected. Previously, the brand said it was targeting a top speed of 502km/h. 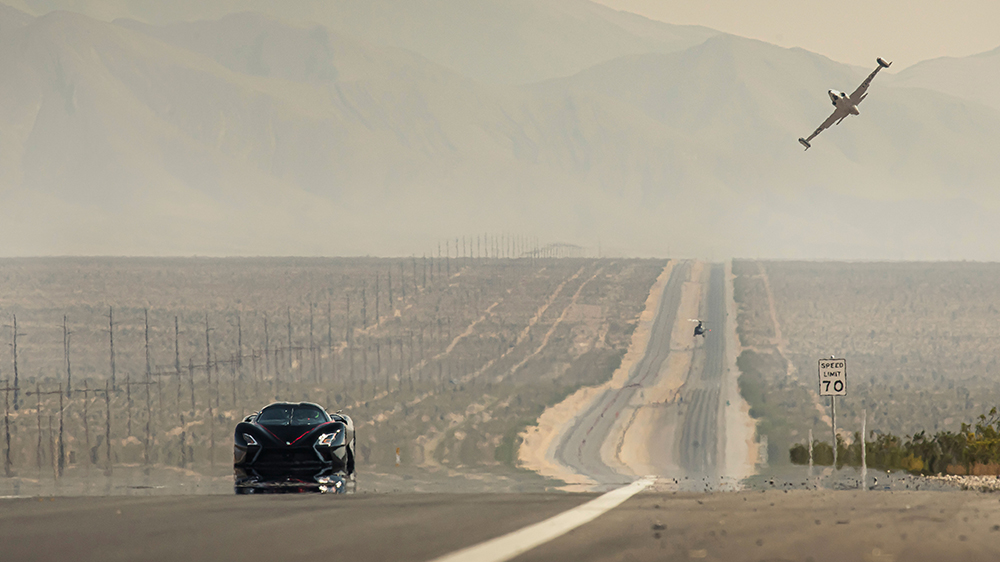 As Guinness’s criteria requires, you can buy yourself an example of the world’s fastest production vehicle. Just be prepared to spend and spend big. The Tuatara, which is limited to just 100 examples, starts at $2.26.