Designer Ian Callum has unlocked the true potential of his previous masterpiece.

If the original Aston Martin Vanquish was the theatre release, the Aston Martin Callum Vanquish 25 by R-Reforged is the director’s cut. Designer Ian Callum has revisited his 2001 masterwork, making it brawnier while increasing the level of customisation and, well, beauty. For approx. $792,000, plus the small matter of a donor Vanquish, the return on investment is a far more exclusive alternative to Aston’s DBS Superleggera.

We’re all familiar with ‘reimagined’ classics by now. From David Brown’s modernised Mini to Singer’s perfected Porsche 911, such cars pay homage to the past without preserving it in aspic. The Aston Martin Callum Vanquish 25 by R-Reforged is the first fruit of Callum’s eponymous consultancy, established after he stepped down as Jaguar’s director of design in 2019. As the name suggests, a total of 25 examples will be built by British engineering firm R-Reforged, and every customer meets with Callum himself to discuss colour, trim and myriad other options. Fancy Barbie pink paint with leopard-print leather? He may try to talk you out of it. 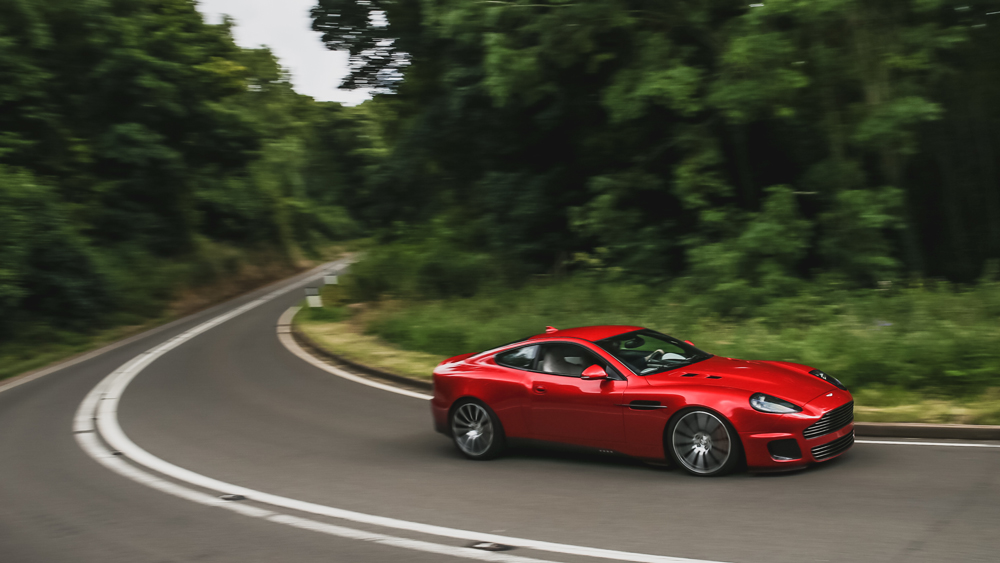 The Aston Martin Callum Vanquish 25. Photo by Will Broadhead, courtesy of Callum.

“This has always been one of my absolute favourite cars,” explains Callum. “That’s why I bought one.” Seeing his stock grey Vanquish alongside his latest release, the ‘new’ car’s stockier, more purposeful stance is immediately apparent. Enlarged 20-inch alloy wheels—the same style as the originals—fill out the Vanquish 25’s fulsome haunches perfectly. Then you start spotting the details: carbon-fibre brake ducts instead of front fog lamps, hungrier hood vents, LED headlights, sleeker window surrounds and the ‘Thunder Road’ fuel filler. The coolest feature, though, is only visible if you squat down behind the car: the sculpted exhaust silencer flows seamlessly into the rear diffuser. 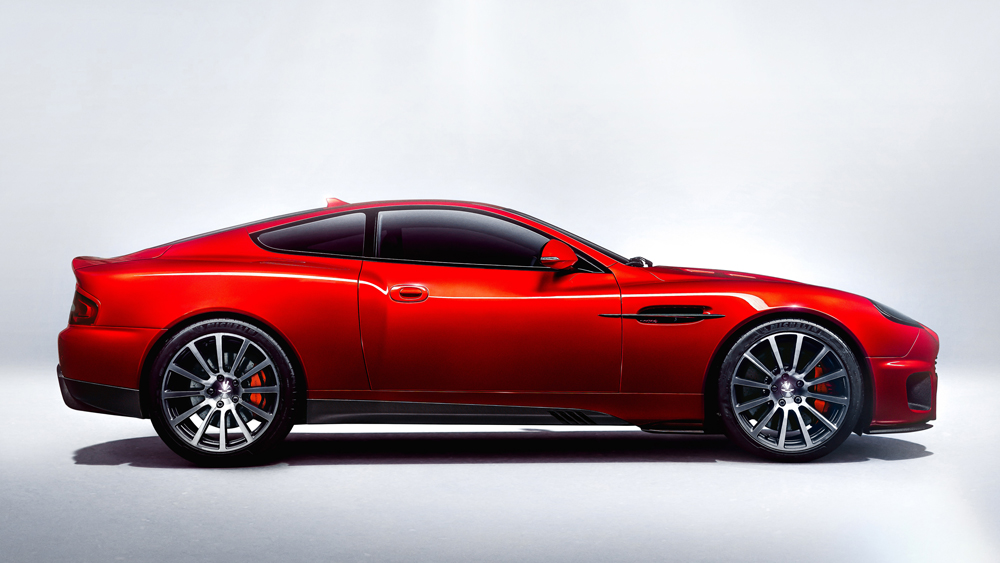 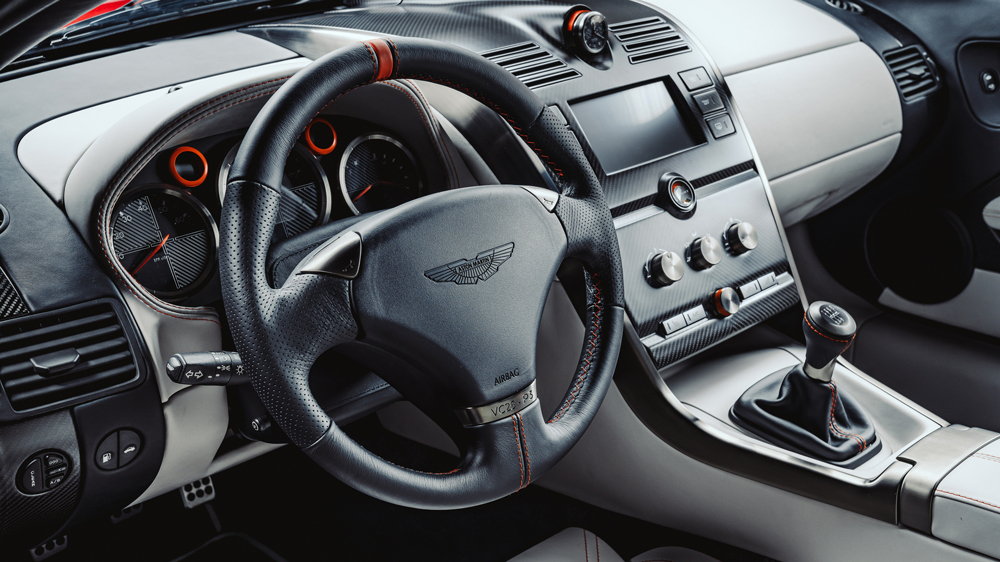 Inside, the Vanquish’s dated dashboard is refreshed with custom dials, a carbon centre console and a touchscreen Alpine media system. Photo: Courtesy of Callum.

That work-of-art exhaust joins spikier cams, a carbon airbox and a recalibrated ECU to elevate the 6.0-litre V-12 to 432kW, an increase of 44kW compared to the Vanquish S. Buyers can retain the standard automated manual transmission (not recommended, frankly) or choose from two alternatives: a torque converter automatic from the Corvette or a six-speed stick shift. My car—prototype No. 3—has the latter. 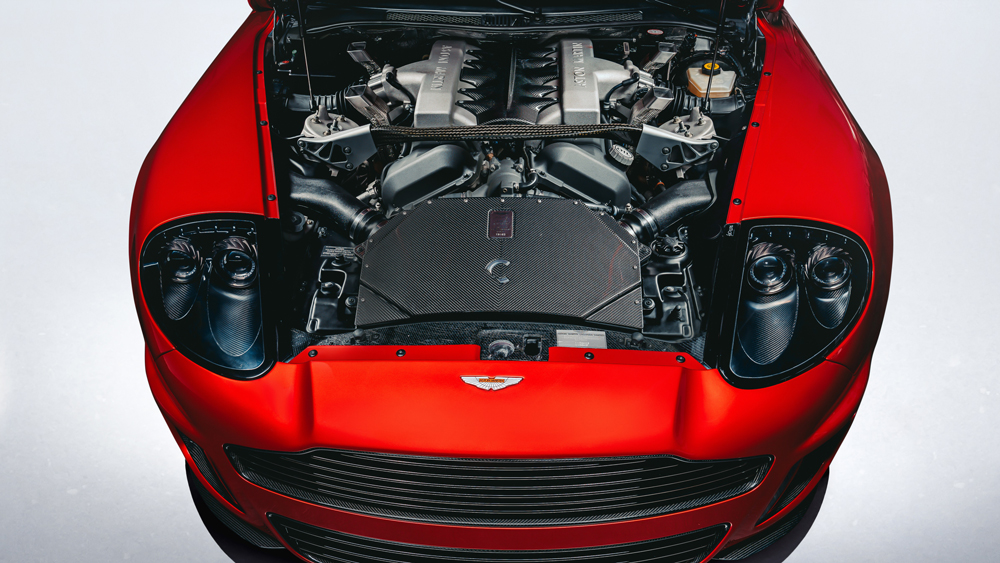 Under the hood is a naturally aspirated 6.0-liter V-12 engine that makes 432kW. Photo: Courtesy of Callum.

I prod the Callum-branded start button and the engine ignites with a brusque bark. Edging out of R-Reforged’s surgically clean workshop, I head for the twee English town of Stratford-Upon-Avon. Even at low speeds, the Vanquish 25 feels special. The view over its long, plunging hood is instantly evocative, while lower-set seats and a smaller steering wheel make you feel more connected with the car. It also sounds epic, more Ferrari screamer than Aston Martin bruiser, with a greedy gargle from its Inconel tailpipes that swells to a piercing howl. I drove everywhere with the windows open. 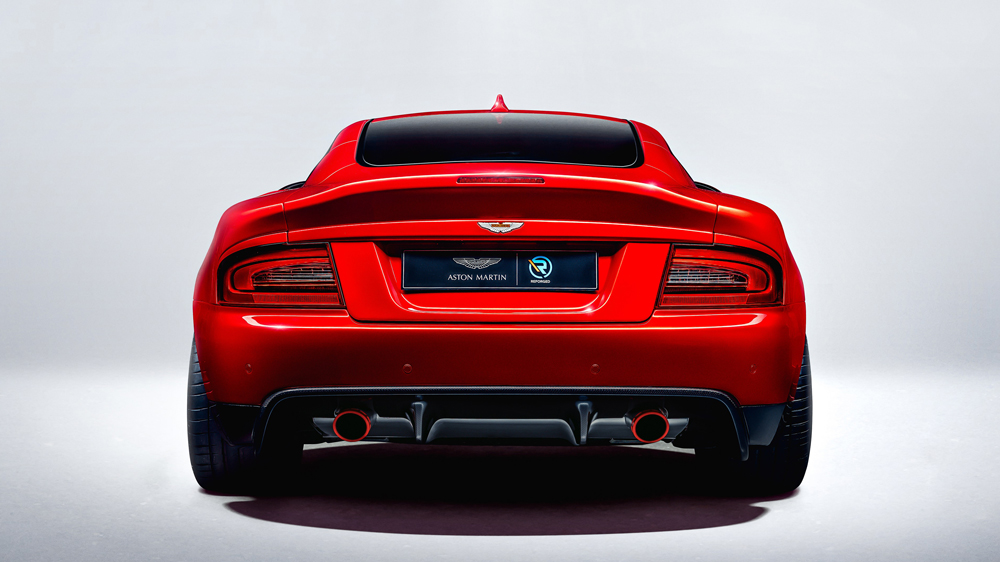 Big-lunged and gloriously decadent, the Vanquish reels in the road without pausing for breath. A new DBS may boast twin turbos and 108kW, but nothing beats a naturally aspirated V-12 for searing response and high-rev intensity. The notchy and mechanical manual gearbox adds another layer of interaction; its pedals perfectly placed for throttle-blipping downshifts.

What surprises most, however, is how fluid and engaging the car feels. A lower suspension, a wider track, Bilstein dampers and stiffer anti-roll bars sharpen the Vanquish into a credible super-GT. Body control is brilliant, and there’s so much grip that the Michelin Pilot Sport 4S tyres—chosen after many hours of track testing—seem to have sprouted spikes. Even so, I’m glad for the mighty carbon-ceramic brakes, borrowed from Aston’s One-77 hypercar. 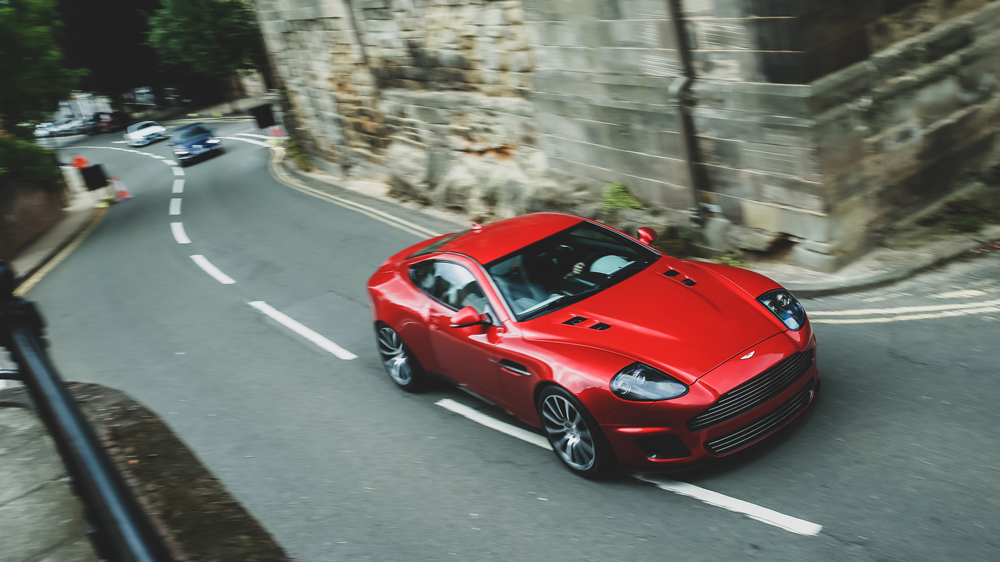 The model seems to reel in the road without pausing for breath. Photo by Will Broadhead, courtesy of Callum.

The Vanquish 25 builds upon what made the original version great, but does so without diluting its classic character. Suffice to say that it delivers, unequivocally, on the promise of Ian Callum’s styling. And that’s a powerful promise indeed.