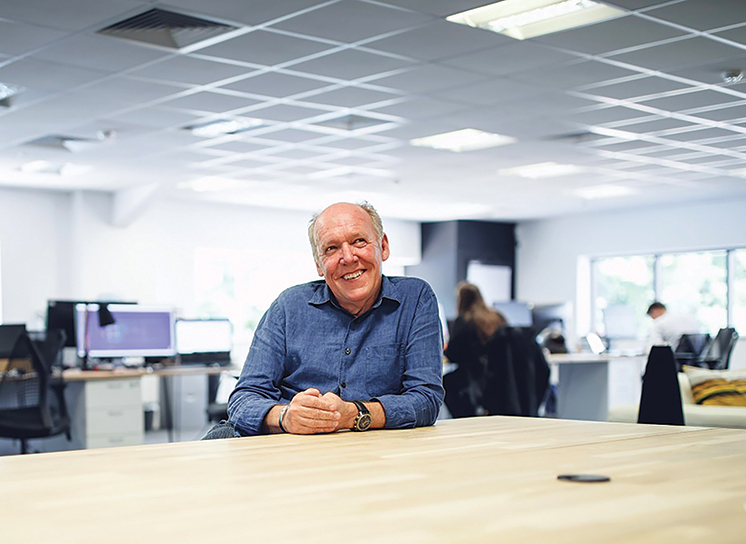 Ian Callum On The Road To Freedom

In the annals of contemporary motoring design, there’s only one Ian Callum. And right now, he’s doing his own thing.

In an ideal world, you’d only hire the very best people. Damien Hirst would don overalls to paint the house, Tiger Woods would carry the golf clubs, Warren Buffet manage all personal funds and Elon Musk, well, he’d be perfect in pushing some positive personal PR.

Still, if you wanted someone to ameliorate the look of your favoured car, you’d skip straight past Rocket Man Musk and choose the world’s greatest living car designer. And the great news is, for the first time ever, you can now do just that.

After two decades of creating such ferocious beauties as the F-Type (which carries the most beautiful rear end ever attached to a car), the revolutionary I-Pace electric vehicle and the staggering C-X75 concept car powered by gas turbines, Ian Callum has decided to go it alone.

For someone as synonymous with Jaguar as Callum has long been (imagine Michael Jordan exiting Nike, for example) the move to establish an eponymous design house shocked many—even more so because when he announced he was leaving the British(ish) marque at the age 64, most believed he might just be retiring.

Those who know Callum, however, understand that it’s unlikely he will ever stop working, because for him, designing is not a chore, it’s a passion, a firm joy. And if he’s not going to stop doing it, he may as well get paid top dollar for it, as is the case with his new company’s first creation—a wondrous reimagining of the Aston Martin Vanquish (which Callum originally designed), which can be yours for just a touch under $1 million. 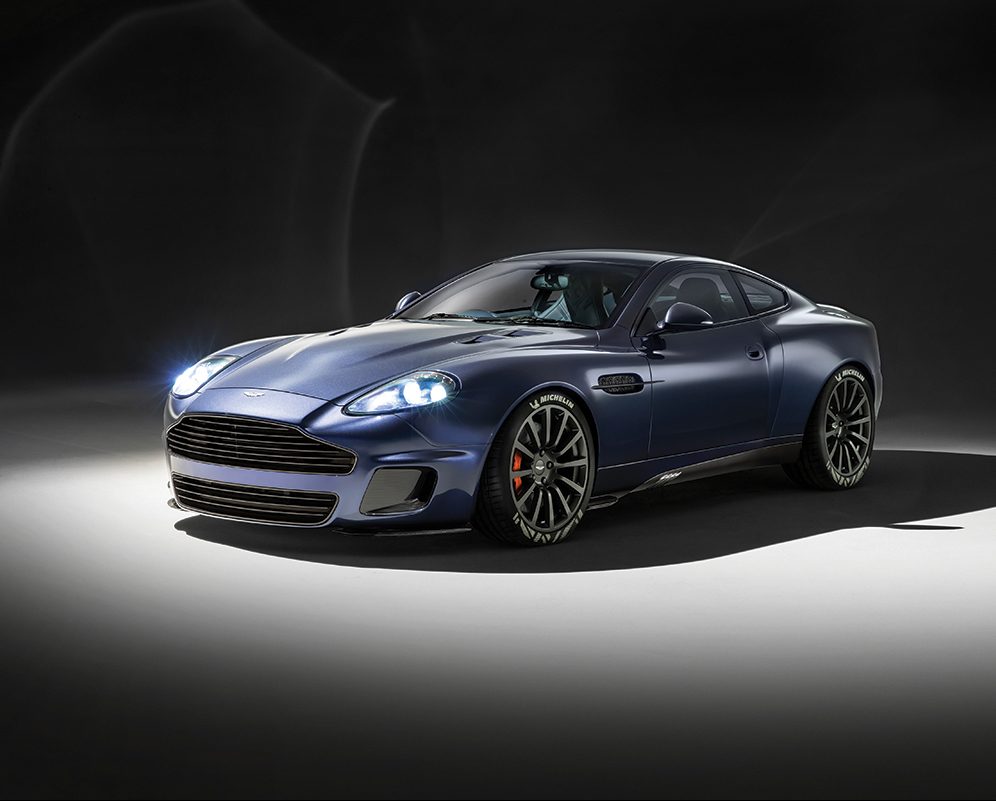 “I love designing and I guess I could go and paint landscapes, but I’m very much a three-dimensional person, and there’s just nothing better than creating something and then seeing it all the way through to reality.”

While the word ‘retirement’ seems to burn Callum’s mouth, he admits to an attempt to slow down, and to take advantage of the fact that this time it’s his name above the door—so he’s in control of the new workload. In theory.

“I want to do it at a pace that’s not getting me up at six in the morning, and it has been great not having to deal with the politics of corporate life, but I am working with a younger team and they want success, so I just have to use my energy efficiently,” he laughs.

Speaking of energy and efficiency, Callum has long been on the record suggesting not only that electric vehicles are the way of the future, but that they provide a once-in-a-century chance for designers to create cars that are actually something new and different. It is an opportunity that was given to him when he was tasked to create the world’s first mainstream electric SUV, the Jaguar I-Pace, a car he now lists as one of the three cars he’s most proud of. 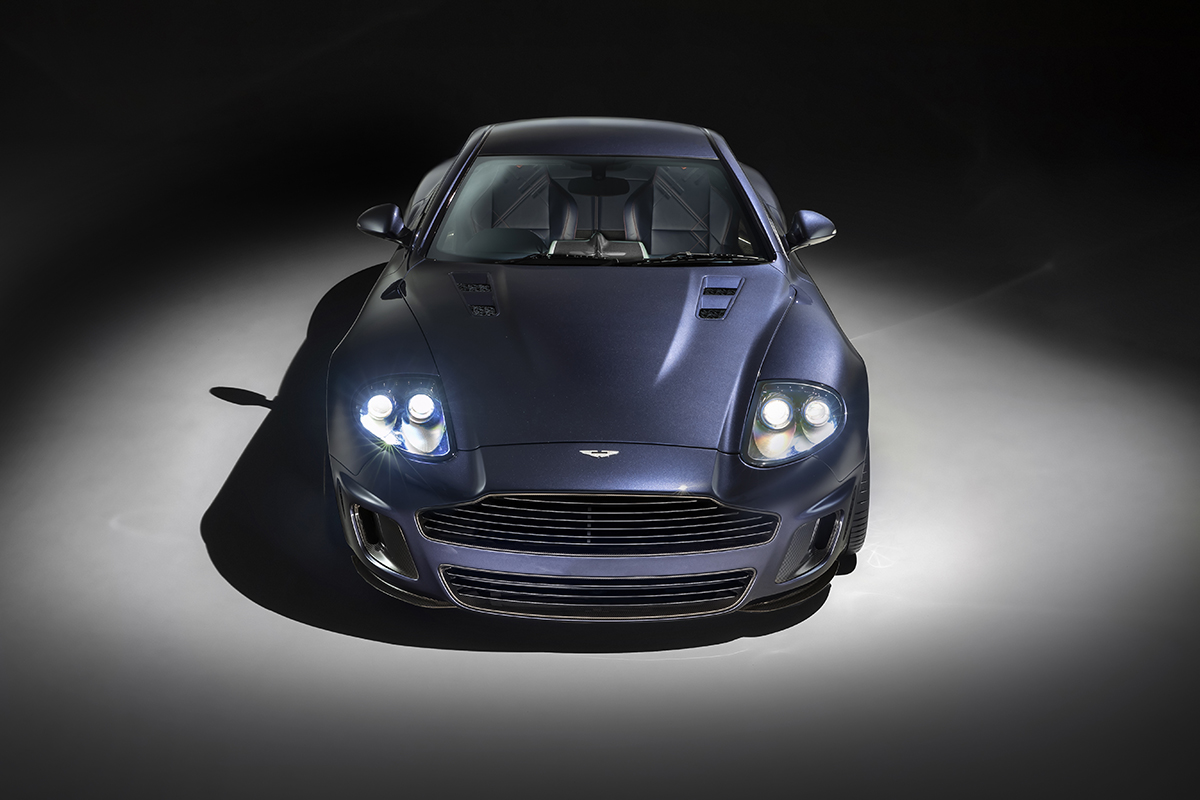 “I had the time, with that car, to create something with a virgin platform with very few restrictions about what should happen above the wheels. And the great thing about EVs is that most of the mechanical elements are within the axles, which is very different to internal-combustion-engined cars, and that means you’re not mechanically bound to having a big space for an engine in the nose, and thus the same old designs.

“I was determined that with the I-Pace we’d have something more futuristic in terms of profile, a cab-forward look, and we’d put the seats forward as well, to use the space. And if you look at the cabin size of a similar, traditional car, like the Porsche Macan, we’ve got a lot more space.

“I see I-Paces on the road now and they still stand out. I drove one for a while and people really do stop and stare, so I’m very pleased with it. The other brands, sadly, haven’t gone so forthright—although I think VW probably will. Others have been quite conventional.” 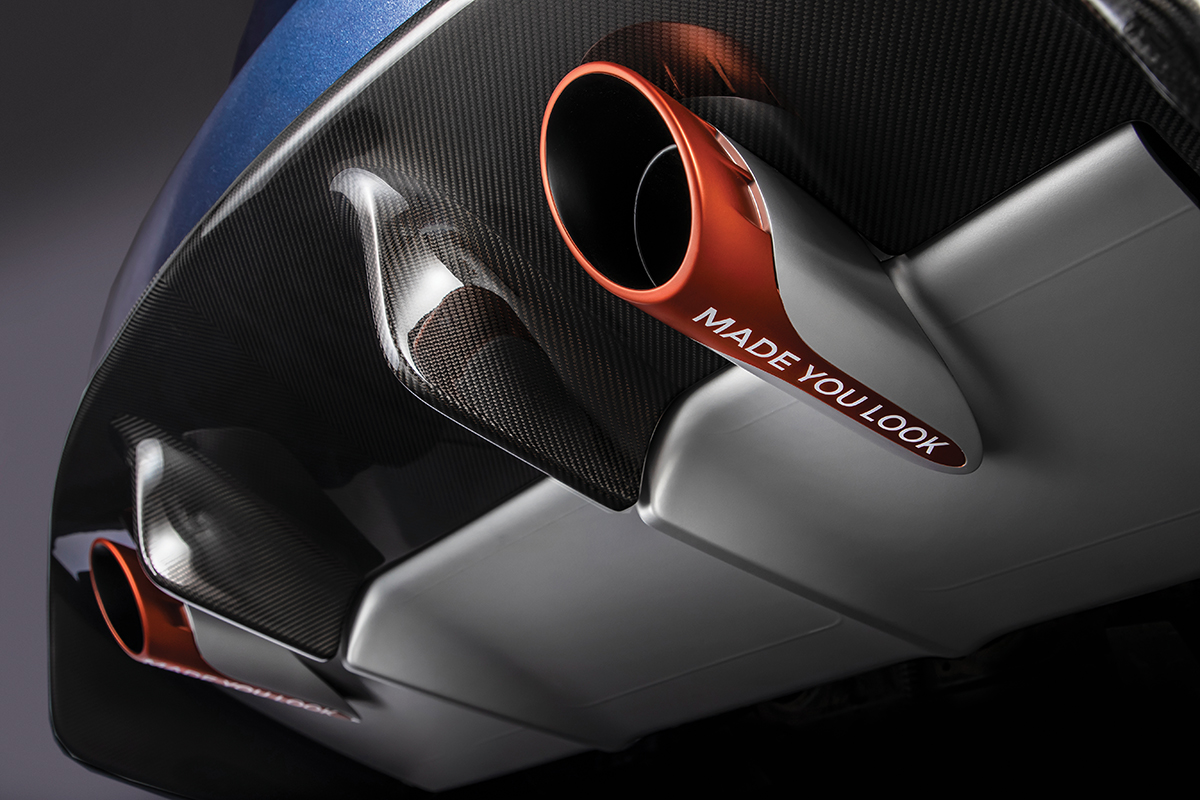 As for the global take-up of EVs, Callum believes much of the world will reach “a tipping point in the next five years”, and that the only thing holding them back, at least in some countries, is a lack of infrastructure. Despite that, he says that things are improving in the UK so rapidly, he’s about to get himself another I-Pace as his daily driver.

“Most places now you can get a good charge within 40 minutes, which is absolutely fine—enough time for a couple of cream buns. Yes, I could put on a lot of weight with an electric car.”

The first project under the Callum design umbrella—the astonishing Vanquish 25—is pretty much the antithesis of an EV future, but then it’s based on a car built in the more innocent, more petrol-thirsty days of 2001.

Callum designed the original V12 Vanquish for Aston Martin and is now giving it the update he always wanted to, which involves not just some gorgeous and modernising styling changes, but stripping each of the 25 original cars down to bare metal and rebuilding them with new materials and technologies, all under his watchful eye at the new Callum workshop in Warwick.

“Basically, I can’t leave anything alone, every car I own has been modified in some way. I’d always wanted to update that Vanquish and never had the chance, so it started out as a personal project, just for me, but I thought it was going to cost me a few bob, so why not turn it into a business case?” Callum grins.

He found further appeal in the project given that it’s meant working without judgement and the input of others, “and it gave me a chance to fix the things I was never happy with in the first place, and to use the greater understanding of design that I’ve accumulated over 25 years.”

Ultimately, Callum admits to pride in the project and what he labels as its newfound look. “It looks like a 21st-century vehicle now,” he says.

So just how much has Callum, who was pretty bloody good to start with, learned about design over the years? He admits that with hindsight, he’s been through several differing phases.

“First, you’re just trying to emulate, you’re trying to be yourself but really you just want to impress your peers and hopefully be as good as them,” he explains.

“Eventually you get to the point when you think, ‘I’m doing this from my point of view, I’m not looking at other people, I’m not too bothered what other people think anymore’. It’s not that you’ve become arrogant, it’s just that your own judgement has become the biggest part of the process.

“You still listen to other people, but you become ruthless with your own judgement, and that’s what I’m trying to instil in my new team—to be ruthless, to look at things objectively rather than subjectively, be determined to do your best rather than to please others. I’ve learned a lot about aesthetics as well, of course, but the most crucial thing is self-judgement, because eventually you get to an age where you really want to impress yourself.” 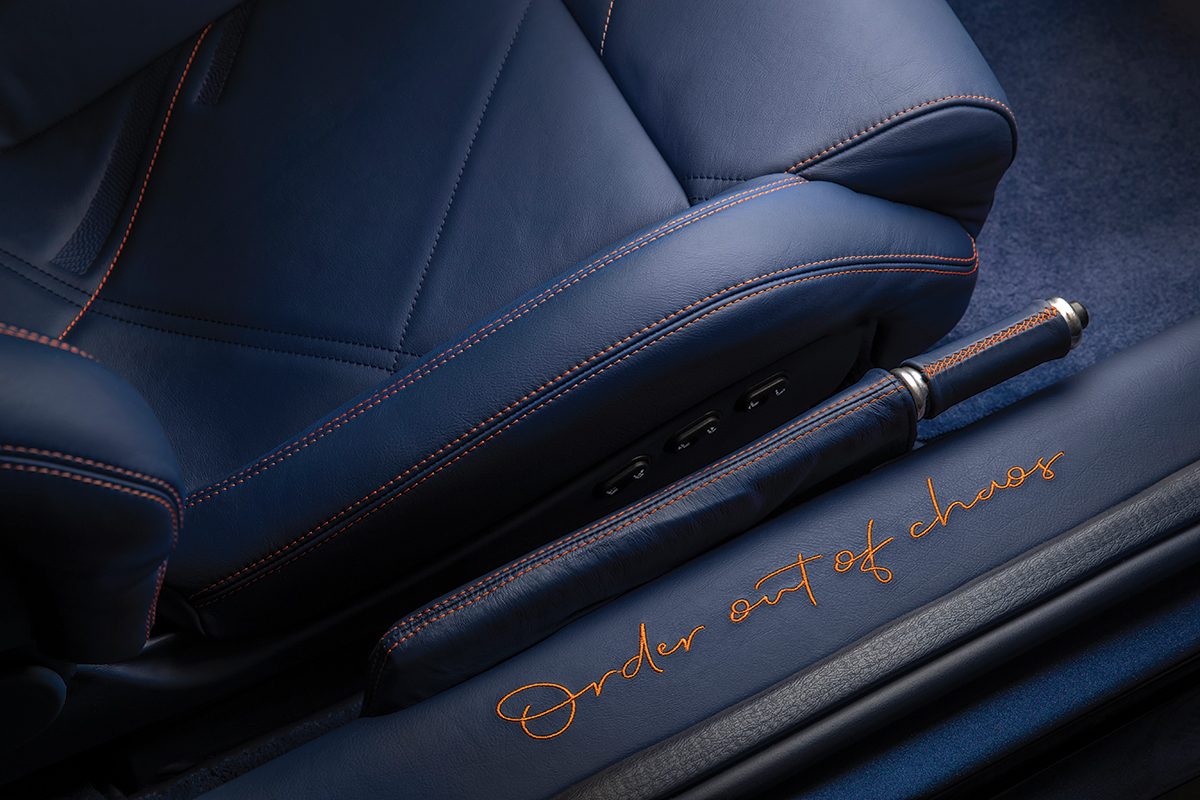 As for the future, Callum is excited to have the chance to branch out beyond the garage and into the wider world of design.

“I’m actually looking at a couple of watches, but I can’t say who for just yet, and I’m doing some furniture as well, and we’ve been offered to do an aircraft interior, which is new for me,” he says. “Watches are a point of interest for a lot of people, of course; it’s a boy thing. As long as it’s got a sense of function, we’re into it.”

He’s also interested in boats, noting that the industry’s luxury arm needs “a bit of help visually”, and he’s confident he’d come up with something “a bit more elegant than what I see out there”.

Fear not, car aficionados; none of this expansion will mean drawing Callum away from his beloved cars—although pending automotive work will be bespoke, as opposed to ground-up builds.

“I’m going to be very careful about this—if a car company came to me and asked me to design a whole car, I’d say no, I’m not interested. I don’t want to go through that again. I’ve done over 20 now, I feel satisfied that I’ve made a point, and it’s a ruthless process,” Callum explains. “It’s also a long process. It takes four years out of your life, and at 65, four years is a long time.

“So, I’ll be working very much for customers on a limited-volume, bespoke basis, so I can have some control over the building of the vehicle, because I like the idea that every single car we do will be a work of art in itself.”

If Callum ever does retire, and it seems unlikely, he’ll no doubt choose to spend a lot more time in his second home, Australia.

“I love the place, I’ve been there more than 30 times. I lived in Melbourne and my son was born there, and I do hunger for that kind of peace and quiet, of just being able to get on a plane and go to Australia without ever having to ask anyone’s permission. Luckily, I can just take my sketch pad on the plane.”

For so long, working at Ford, Aston Martin and Jaguar meant Callum kept schtum about other marques. And while hard on his own designs, we managed to squeeze him on
a few that prompt a smile. 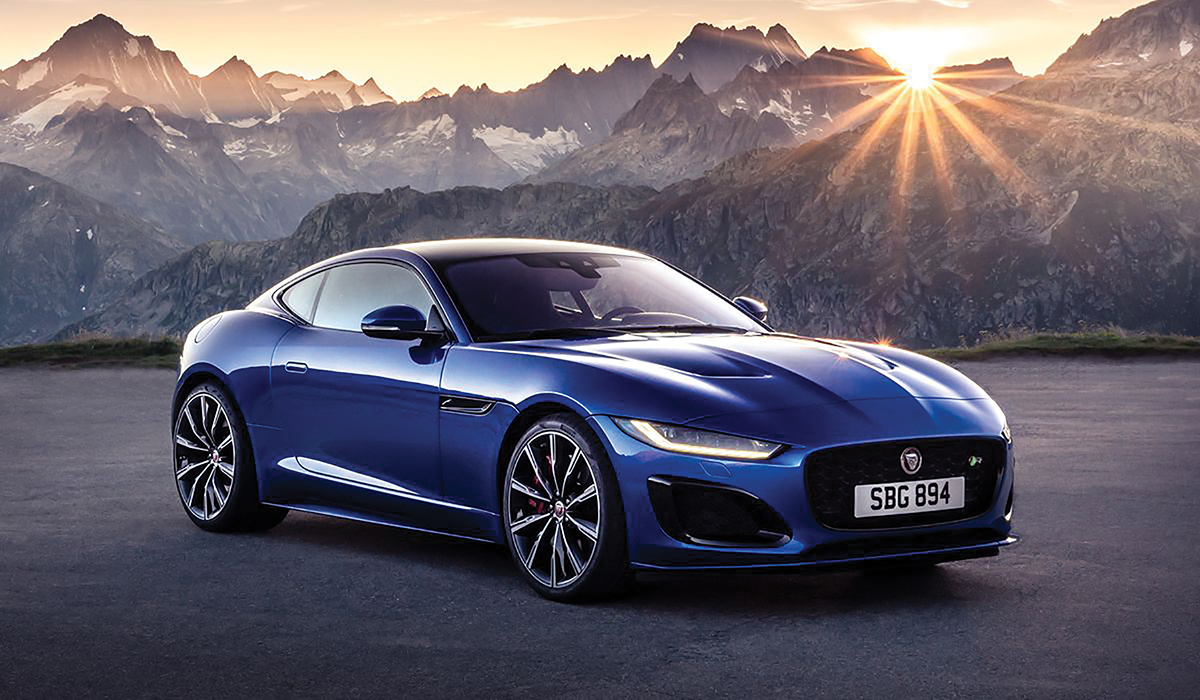 “I’m very satisfied with the F-Type, and I’ll take some credit for that one. I was inspired by the E-Type for that back end, and I pushed very hard for that; it was all about the form of the vehicle.”

“The I-Pace has to be up at the top as well, just because it was a chance to do something so different. And the XF is a favourite, too, because it really turned Jaguar around.”

“Clearly the strongest Aston I did. I did the DB9, but it was a more genteel version of it. I think the Vanquish is more satisfying.”

“I’m a big fan of the Porsche 911, in particularly the 993, I have one of those; it was done by a friend of mine, Tony Hatter. And I’m also a great fan of the 992 version, the quality of the detailing and the overall profile. To make a 911 is not an easy thing, and this new 993 one really works.”

“The 1960 Ferrari 250 short wheelbase, by Berlinetta Scaglietti, is just such a beautiful car.”