The newly unveiled EV is said to hit the ‘sweet spot’ in the range.

The 718 Cayman GT4 RS and Clubsport aren’t the only new cars the Porsche is debuting at this week’s Los Angeles Auto Show. The German marque also showed up with its latest Taycan variant, the GTS, which comes in two versions: a sleek sedan and a high-performance wagon called the Sports Turismo. Sadly the latter of which won’t be coming to Australia.

The newest Taycan might be the sportiest looking version of the EV yet coming with a new front fascia, SportDesign side skirts and a rear diffuser with a high-gloss black inlay. Up front, you’ll find black-tinted headlamps. The car, meanwhile, rides on a set of 20-inch Turo S Aero Design wheels finished in satin black, and there’s special, black-matte GTS badging along the sides and rear. Inside, the GTS features a unique Race-Tex theme that combines charcoal grey with red contrast stitching and brushed black aluminium trim. There are also 18-way adjustable seats and more GTS badging. 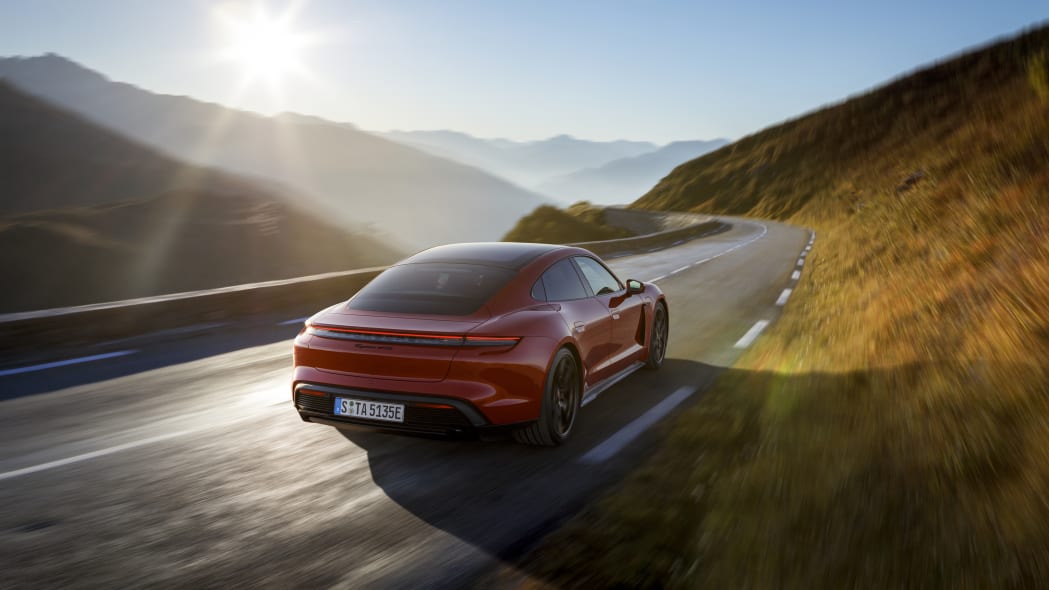 The GTS sits squarely in the middle of the Taycan lineup. The fifth Taycan variant—following the entry-level model, 4S, Turbo and Turbo S—also looks like the one that best balances performance and efficiency. It has a two-motor setup that’s capable of generating a maximum of 540kW with launch control enabled, according to the brand. That’s right between the 300kW the standard Taycan produces and the 560kW the Turbo S pumps out (and right in line with the projected output for the rumoured Audi RS6 Avant e-tron). Porsche says it should be able to zoom from zero to 100km/h in 3.5 seconds.

Like the range-topping Turbo S, the GTS will come equipped with the automaker’s larger 93.4 kWh battery pack. Thanks to this, the newest Taycan has a brand-estimated driving range of 503km. That’s not industry-leading by any means, but that figure is more than respectable. Porsche, like other brands, has missed the mark with its EV range estimates in the past, though.

Other features include a suspension setup similar to that found on the Turbo, but it’s been specifically calibrated and tuned for the GTS. There are also adaptive air springs connected to the automaker’s active suspension system, torque vectoring and rear-wheel steering, though the last is only available as an add-on. Stopping power comes from a set of six-piston brakes in the front and four-piston brakes in the back, just like those on the 4S. 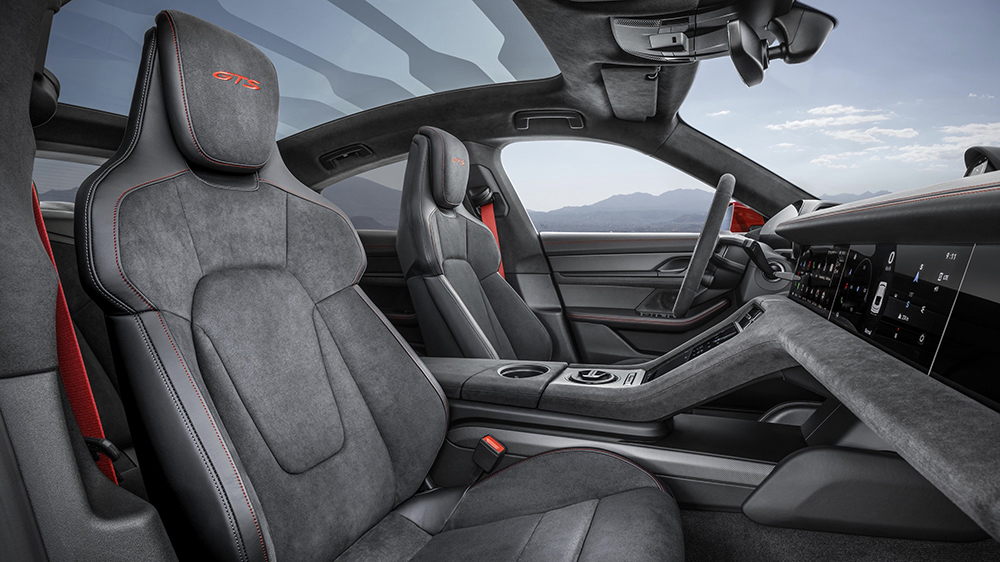 Inside the Taycan GTS Porsche

The Taycan GTS is set to arrive in dealerships during the second quarter of 2022. The EV’s latest variants start at $237,00 for the sedan.