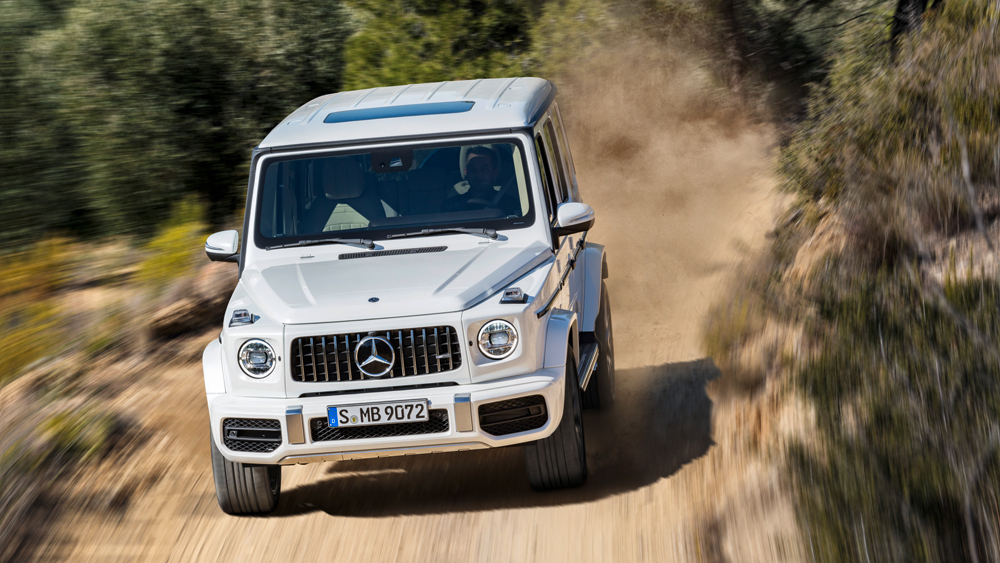 Daimler AG CEO Ola Källenius confirmed that the company is developing an electric version of the SUV.

It looks like Mercedes-Benz really was serious when it pledged to offer 10 discrete electric vehicles by 2022. But what might be even more surprising is that one of those future EVs will be an electrified version of its biggest and burliest vehicle, the beloved G-Wagen.

Two years after the automaker made its lofty claim—and six months after the debut of its first electric SUV, the ECQ—new Daimler AG CEO Ola Källenius has confirmed that the company is hard at work electrifying everyone’s favourite German SUV. The unexpected G-Class news came in a tweet from the company’s head of digital transformation Sascha Pallenberg that was published late last week.

”There will be a zero-emission EV version of the Mercedes-Benz G-Class,” Källenius is quoted as saying in the tweet. “In the past there were discussions whether we should eliminate the model, the way I see things now I’d say the last Mercedes to be built will be a G-Class.” (Robb Report has also reached out to Mercedes-Benz for independent confirmation of the news. Watch this space for updates.)

#Daimler CEO Källenius: ”There will be a zero-emission #EV version of the #MercedesBenz G-Class. In the past there were discussions whether we should eliminate the model, the way I see things now I’d say the last Mercedes to be built will be a G-Class” #AMWKongress #eMobility pic.twitter.com/tAS6tzpR3Y

While it’s exciting to know that an electrified G-Class is in the works, it might be more impressive that Källenius has a long-term vision for the vehicle. With the industry-wide movement towards more efficient and environmentally friendly vehicles—even Lamborghini is exploring the EV market—there was more than a little concern out there for the fate of Mercedes-Benz’s largest SUV.

That’s due, in part, because an electric G-Wagen will be no simple task. The G-Class is already one of the heaviest vehicles on the market, and the EQG—assuming it follows the naming convention of the EQC and upcoming EQA—would likely be even heavier because of the added weight of the undoubtedly huge battery that would be needed to power such a beast, Autoblog points out.

Fortunately, there’s already proof of concept on the road. In 2017, Arnold Schwarzenegger commissioned Austrian firm Kreisel Electric to electrify a late model, first-generation G-Class for him. The governator was even filmed driving the SUV (and taking selfies with it). Kreisel has been clear that the electric SUV was a one-of-a-kind prototype, but who would blame Mercedes for taking a few pointers?