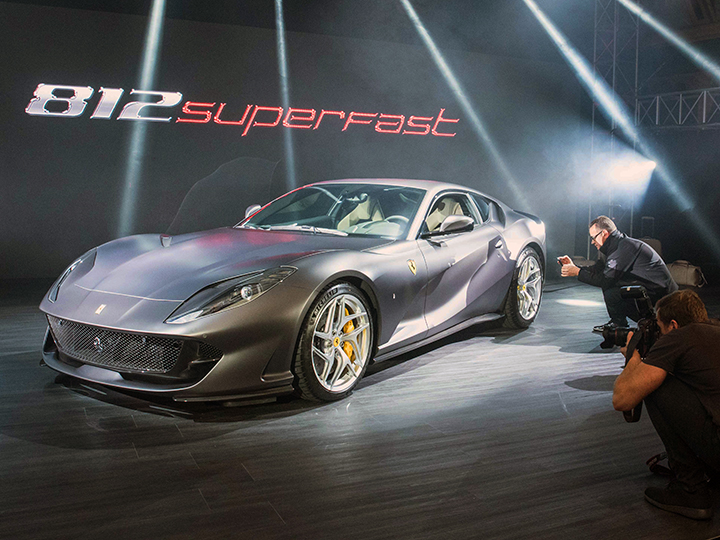 Want the new Ferrari 812 Superfast? You’re out of luck

Unless your name is already in the order book, the chances of owning the most powerful Prancing Horse ever built look slim.

The ‘Tifosi’ has spoken. The Ferrari 812 Superfast launched this week is already sold out – in principle – in Australia for the foreseeable future.

Pre-sale deposits being held by Ferrari Australia and New Zealand – which it declines to put a number on – have already exceeded the entire predicted sales over the model’s expected five-year life, by a staggering factor of one-and-a-half times. And if all deposits being held are converted to sales, then the 812 Superfast has already significantly outsold the model it replaces, the F12 Berlinetta, before a single example has reached an Australian owner. Why so popular? It’s touted as the fastest and most powerful Ferrari ever built, but only by an incremental margin – and it’s hardly unique in that regard. The LaFerrari and Enzo supercars that preceded it could both also make that claim at various times. Yes, it’s a strikingly drawn front-engined two-seater in the GT style, yet so too was the F12 Berlinetta on which the 812 is largely based.

What’s exciting the ‘Tifosi’, Ferrari’s legendary army of rusted-on and cashed-up brand zealots and collectors, is most likely what sits beneath that long, raked bonnet. A naturally aspirated V12 powerplant delivering 588kW at a banshee 8500rpm and a chunky 718Nm of torque at 7000rpm, although 80 per cent of that shove is on tap from a more reasonable 3500rpm. Yet it’s not the stratospheric outputs, nor the acceleration (which is blindingly quick at 2.9 seconds from standstill to 100km/h) that’s likely the key driver of demand.

Asked to explain the phenomenal interest in the 812 Superfast, Appleroth says speculation and nostalgia play a large part, with the company boasting a history of V12-engined sports cars dating back to its earliest days.

“People seem to be a bit more nostalgic about this one,” he says. “It’s certainly true that collectors are interested in things that draw inspiration from the past, as this car does.

“But also – and we can’t say this with any certainty – there are rumours that this will be the last naturally aspirated V12 from Ferrari.” Ferrari has scorned the idea of walking away from V12 engines completely as fuel consumption targets continue to tighten, and also appears to have dismissed turbocharging. That leaves their prized V12 coupled to an electric motor in the kind of hybrid arrangement that already powers the LaFerrari, and which Ferrari is believed to be developing for future use elsewhere in its range.

Until that time – expected to be about 2019 or 2020 – we have the 812 Superfast, which Appleroth says includes 75 per cent new engine components and “huge advances in vehicle dynamics” including the fifth generation of Ferrari’s slide control technology – a must in a car driving this much power to the rear wheels – and the second generation of its rear-wheel steering system. If that sounds tasty, you’ll have to be patient. The chances of more stock being allocated to Australia in the near future appear slim. “In Italy they tell us they know Australia is special, that they know we are having a supercar boom. But that’s the same as everywhere else in the world, too,” Appleroth says.