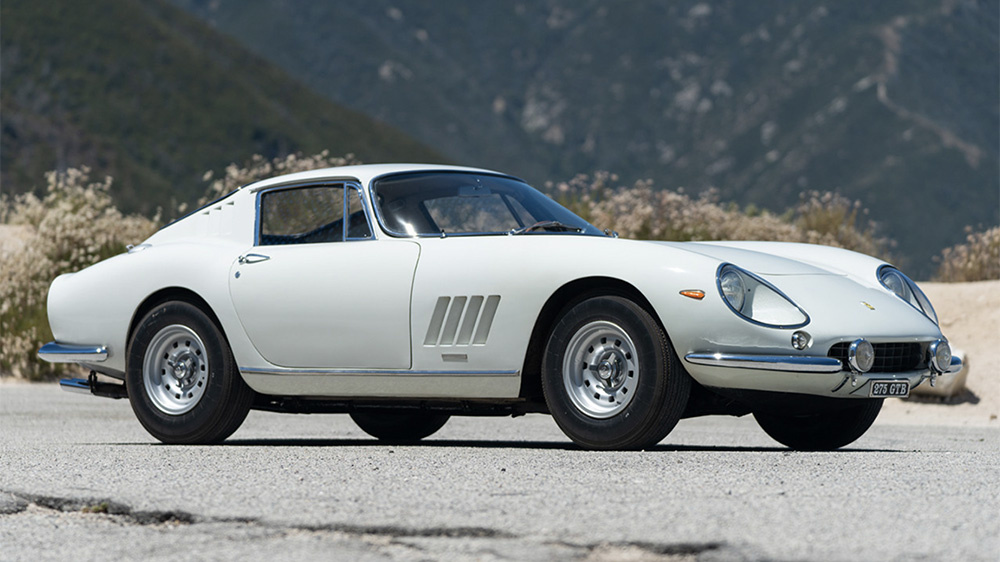 1966 Ferrari Is The Most Expensive Car Sold In Online Auction

The car broke a three-month-old record set by another Ferrari.

Covid-19 may have derailed life as we know it, but you would never know it from the classic car market. Even as auctions have moved online, collectors continue to snap up rare and historically important cars. In fact, a 1966 Ferrari 275 GTB Long Nose just set a new record for the most expensive car sold on the internet.

The gorgeous ’60s speedster sold for a jaw-dropping approx.$4.33 million at Gooding & Company’s Geared Online sale late last week, according to a press release from the auction house. The sky-high hammer price easily broke a record that was set just three months ago, when a 2003 Ferrari Enzo sold for around $3.7 million during an auction held by RM Sotheby’s.

The record-setting price tag falls squarely in the middle of the auction house’s $3.85 million to $4.55 million estimates for the vehicle. Why so much for this particular car? Because in addition to being kept in immaculate condition over five-plus decades—it still features its original Bianco finish and tan leather interior—it’s one of the final two-cam 275 GTBs ever built. Making the sporty coupé even more exclusive is that it’s one of just 40 factory-equipped with an improved torque tube driveshaft and the optional high-performance six-carburettor intake.

“I think this car is virus-proof in the sense that it is a really, really exceptional 275. It’s basically an all-original car with an original interior, a lot of original paint, and long-term ownership,” Gooding & Company president and CEO David Gooding told Bloomberg News before the sale. “It’s special—pandemic or not.”

Over $98 million worth of collectible cars have been sold in online auctions held by Gooding & Company, RM Sotheby’s and Bonhams since the pandemic began, according to Bloomberg. While there have been signs that things could be slowing down—sell-through rates are down about 10 per cent overall—cars costing more than $140,000 continue to move at a brisk pace.

Via Robb Report US.
ADVERTISE WITH US