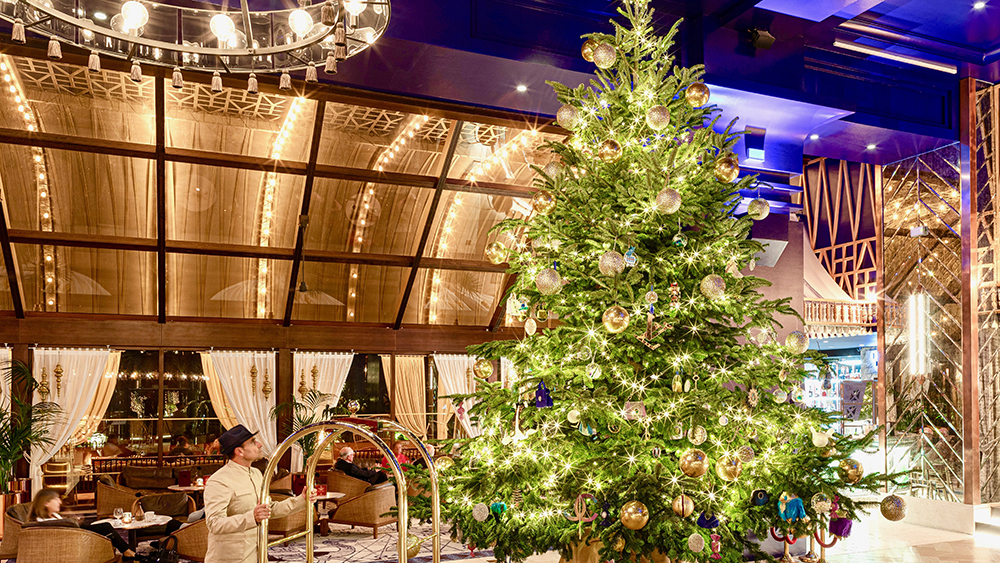 With More Than $22 Million in Ornaments, This Could Be the World’s Most Expensive Christmas Tree

A Spanish resort just put up a gem-studded Christmas tree that costs more than some small estates.

The holidays seem are ripe grounds for one-upmanship. They provide no shortage of yardsticks we can use to measure season success: Who has the better lights display, the most deluxe wrapping paper, the livelier vacation story, the biggest celebratory meal and so forth. And now, the high-end Christmas tree is taking centre stage, thanks in part to the news of a gem-studded designer version that costs more than most inner-city Sydney homes.

Marbella’s Kempinski Hotel Bahia, nestled along Spain’s southern coast, has partnered with fashion-designer-turned-baker Debbie Wingham to create a Christmas tree worth a staggering £11.9 million ($22.6 million at current exchange) to display in the resort. Wingham, who peddles in no small amount of expensive kitsch, unveiled the evergreen in the hotel’s newly refurbished lobby along with general manager Axel Bethke to kick off its festivities. She worked with a host of other talents, from digital artist Gary James McQueen to resin artist Debra Frances Bean, contributed to its execution.

But what exactly makes its value sky-high? Well, the Art Deco-inspired decorations in the form of martini glasses, perfume bottles and 3D-printed chocolate peacocks don’t come cheap, but those don’t make up the bulk of the price tag. Not your typical ornaments, every branch is generously dotted with white, black, pink and red diamonds—and there are even some sapphires thrown in for good measure. Each expertly-cut gem was ethically sourced and upcycled from jewellery by some of the industry’s most revered names. We’re looking at you, Bulgari, Cartier, Van Cleef & Arpels and Chanel.

And if you should happen to book a stay at the Kempinski, you can expect everything else to be just as luxe. Beyond the dazzling suites and expansive pools, the hotel is hosting a Diamond and Champagne Night on December 28th where guests have the opportunity to enjoy a decadent cocktail menu and meal by Chef David Fernandez. The chance to win a diamond valued at €2,000 (approx A$2900) just sweetens the deal––and ties in with the decor.