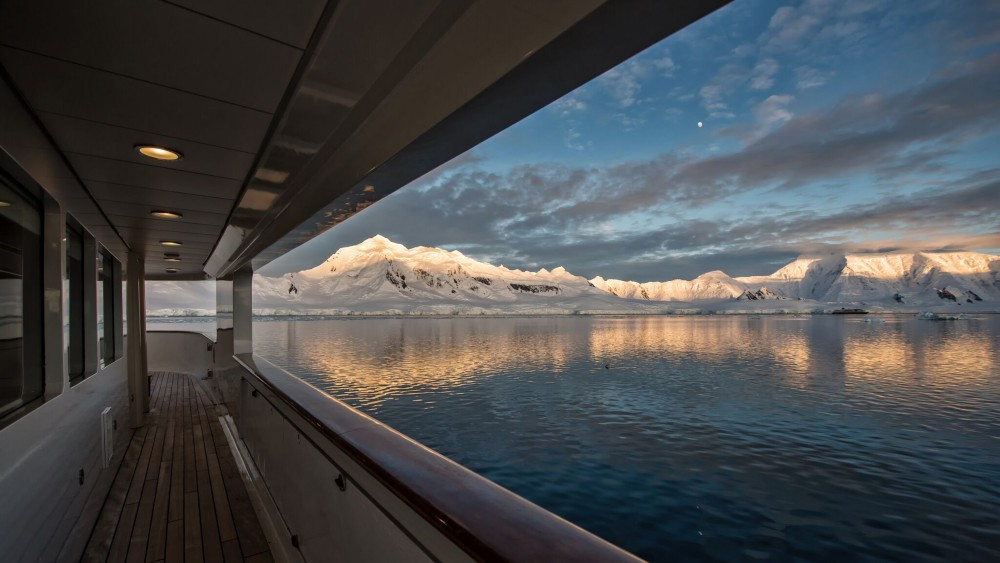 Want to Explore Antarctica on a Superyacht? For a Cool $6.3 Million, You Can

The trip includes private jets, dedicated experts, your own film crew, and more.

“We do a lot of extraordinary things for our guests, but they always want to push the boundaries and see what they can do that’s different and next-level,” says Antony Lassman, co-founder of London-based Nota Bene Global, which specializes in curating ultra-luxury bespoke travel. This year, that “quest for the next” means helping Lassman’s high-end, time-poor clients explore Antarctica in a way that’s rarely been done before. Available for a limited window between mid-December and the end of February (pending ship availability and weather conditions), the ten-day journey is done via a 73-metre superyacht that will be relocated from Monaco to southern Chile just for this voyage. Whether you book the experience for two people or twelve (the maximum allowed), the price is US$4.3 million or roughly A$6.3 million.

Sail in style through the Antarctic Photo: By Christopher Sholey

While Lassman notes that his clients don’t balk at that kind of price tag for their “bragging rights” travels, this trip does also come with lots of cushy bells and whistles. You’ll start with a private jet flight to Puerto Natales, then another one to King George Island, the largest of the South Shetland Islands in the Southern Ocean. From there, it’s a five-minute helicopter ride to the yacht, where you’ll meet your crew, which will include a host, a project manager, and an expedition team made up of specialists like an ice pilot, mountain guide, marine biologist, naturalist, and a doctor. You’ll also have your own dedicated film crew to document your journey with photographs, videos, and drone footage, so you can “have your own David Attenborough experience,” says Lassman. Expedition equipment and specialized clothing will also be on board.

Spot penguins during your 10-day journey Photo: By Martin Enckell

The ship will also come with a support vessel carrying two AS355 helicopters, as well as a submarine for underwater exploration; all will be on standby throughout the trip for use during excursions. The itinerary itself will be customised to your interests—“some people are obsessed with penguins,” notes Lassman, “others the South Pole,”—but may include adventures like sailing into a caldera on Deception Island, observing humpback whales and leopard seals from a Zodiac, braving a Polar plunge with the expedition team, kayaking around whaling ship wrecks, and stand-up paddleboarding among icebergs—where you’ll collect 1000 year-old ice for use in the evening gin-and-tonics. You’ll also get the chance to ice trek and step on the Antarctic continent at one of the few landing sites—and can even have a fast game of “crazy golf” in one of the back bays. All food and wine, tailored to your preferences, is also included.

Panoramic views from aboard your superyacht Photo: By Christopher Sholey

Nota Bene offers other ways of exploring the region and can plan itineraries on different kinds of ships (like ice crushers) at rates starting at $1 million. But “this is the most luxurious ways of doing this trip,” Lassman explains, “and includes some of the most unique experiences in the destination.” As Lassman and his team have been seeing, an increasing number of clients are requesting Antarctica journeys, citing it as a bucket list trip or the “next frontier” after visiting South America. “They also often know someone who visited Antarctica, so they want to do something even more exclusive,” he notes. So for those that can swing this price point, “they say, ‘I can do it, so let’s make it happen.”