Choose your own adventure with world-class golf, wine, wilderness and new luxury accommodation.

There’s a chance that you’ll holiday in north-east Tasmania without seeing another traveller.

“This sort of place, it’s about pure isolation; there’s almost no chance you’ll bump into anyone at many of the spots you’ll go,” claims Peter Barron, co-owner of Unique Charters.

“People in Tasmania didn’t even know about the north-east,” Richard Sattler, a longtime potato and cattle farmer, tells Robb Report. It’s what Sattler’s built along the long, lonely coastline of his family farm that first garnered outside interest in the region. The Dunes and Lost Farm—two championship golf courses built under the banner of Barnbougle—have been ranked among the planet’s very best.

“I think even if we can go overseas in 2021, Australians will be scared to travel for a while,” adds Sattler. “If people are looking for somewhere safe, where they can get away from other people on holiday, that’s north-east Tasmania.” 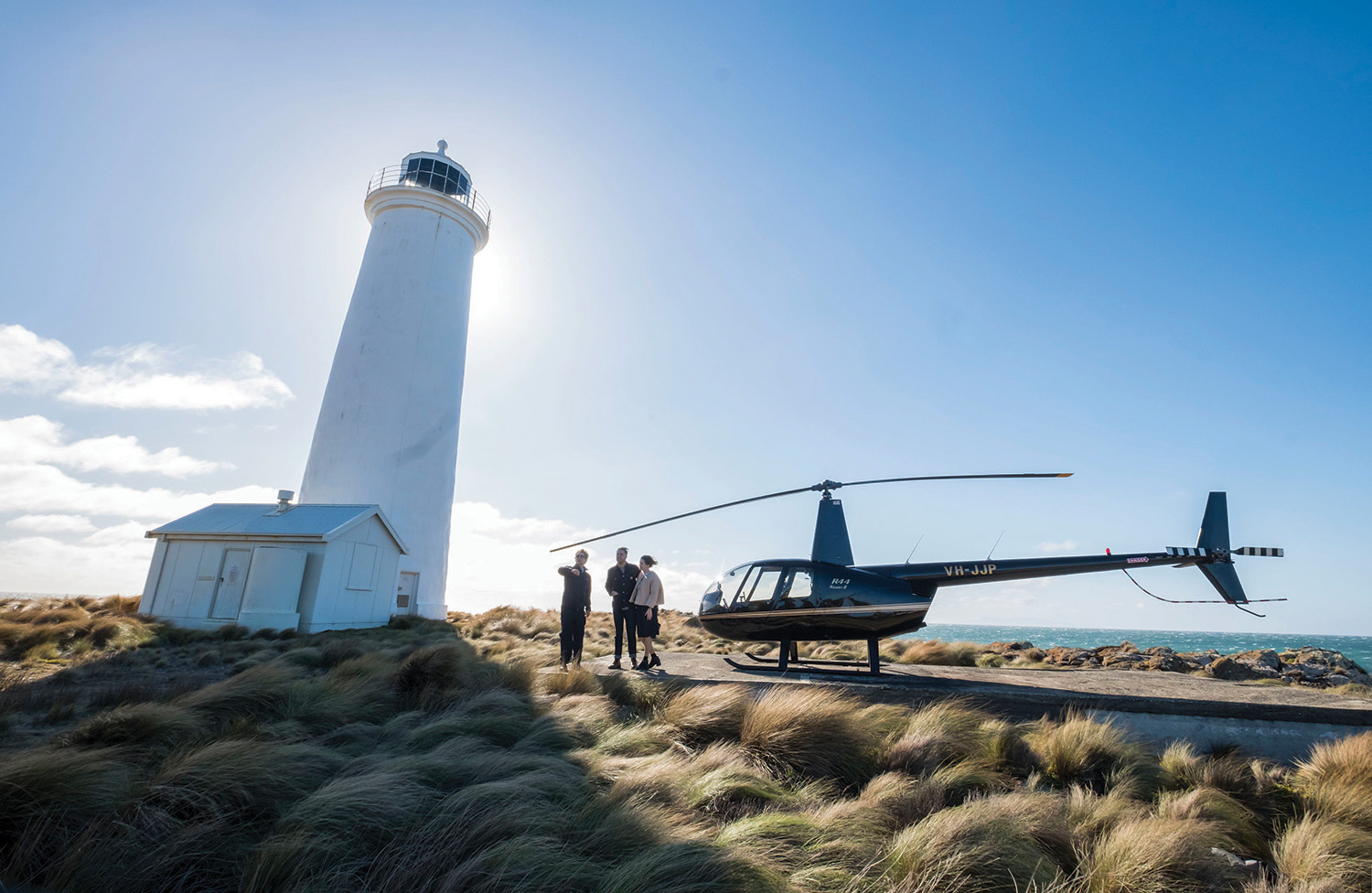 Until now, most elevated Tasmanian experiences centred on Hobart (attracted primarily by MONA) and the lavish Saffire Freycinet at east coast hotspot, Coles Bay. But things are changing; modern travellers are more inclined to explore and the north-east is emerging as a bona fide—if somewhat unknown—luxury alternative.

Travellers can be transported by helicopter the moment they arrive at Launceston, Tasmania’s other major airport, or by charter into Bridport, then head to the state’s best new luxury accommodation, The Keep. Perched on top of a 650-metre-high rocky pinnacle within a 100-hectare estate overlooking a remote forest reserve with views to the east coast, its curious block design is modelled on fortified towers used by European nobility in the Middle Ages.

Guests land in the backyard, beside a 300-kilogram outdoor granite bath and handmade granite fireplace. There’s rarely phone reception and your only company is private chef, Michael Richardson, should you prefer his seared scallops with wasabi cream reduction and apple micro salad over whatever you might come up with yourself. 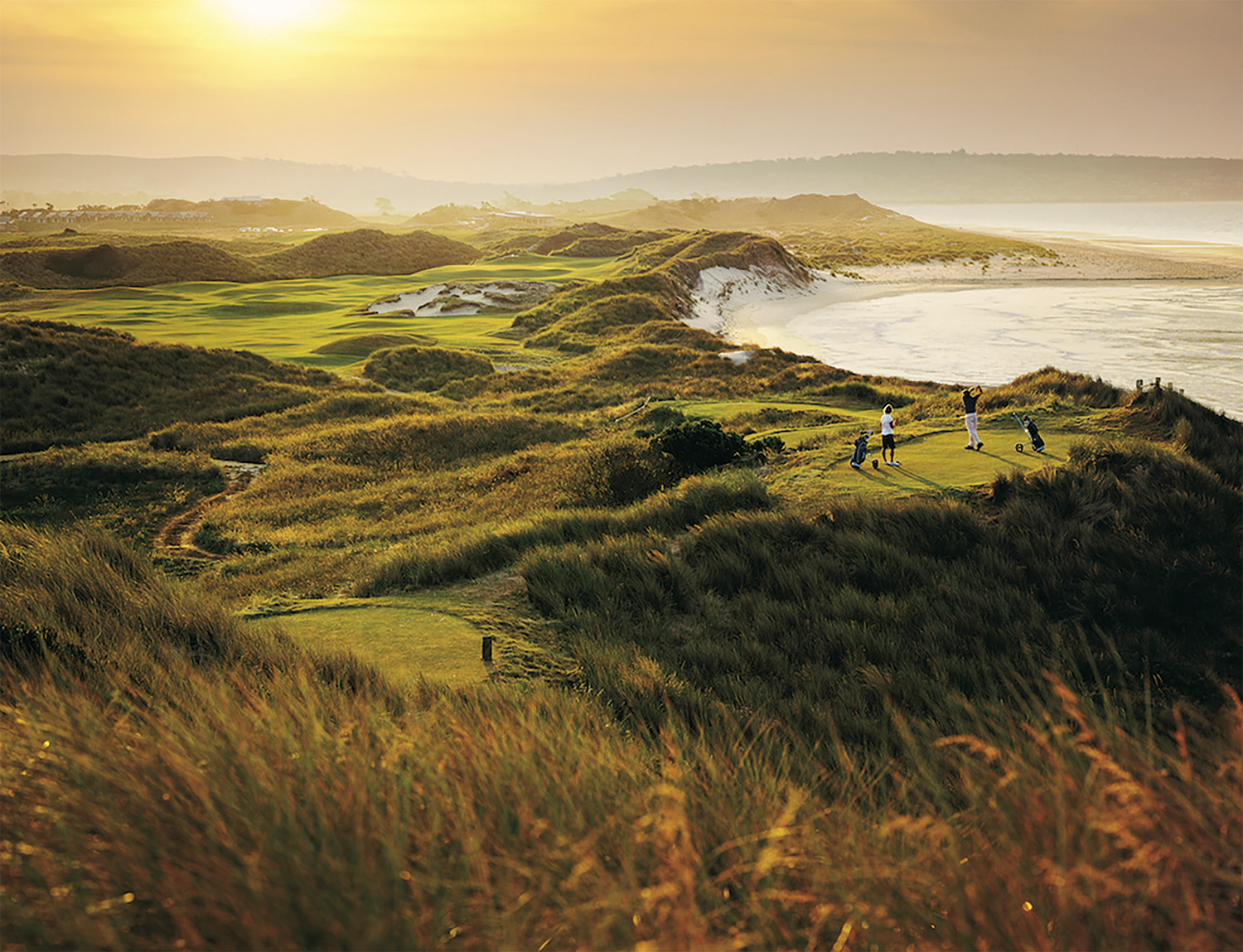 Unique Charters provide a pick-up service on a variety of day-tour options spread across the north-east. “A lot of people who come here don’t realise the scale of the place, and how hard it can be getting between the places you want to see,” says Barron. “But we can land in the remotest places of this corner of Tasmania. There’s almost no limit to where you can go. And this is often the only way you can get there, so you know there’s not going to be anyone else there, maybe the odd fishing boat.”

A helicopter from The Keep transports guests to Swan Island for a picnic (after a brief stop along the way at a remote oyster farm) on a beach dubbed Little Wineglass Bay, after its better known and far more frequented namesake. Swan Island is one of 52 islands in the Furneaux Group spread across Bass Strait. Guests touch down beside convict ruins scattered near one of the oldest lighthouses in Australia (and can stay for a night in an historic house on the uninhabited island). 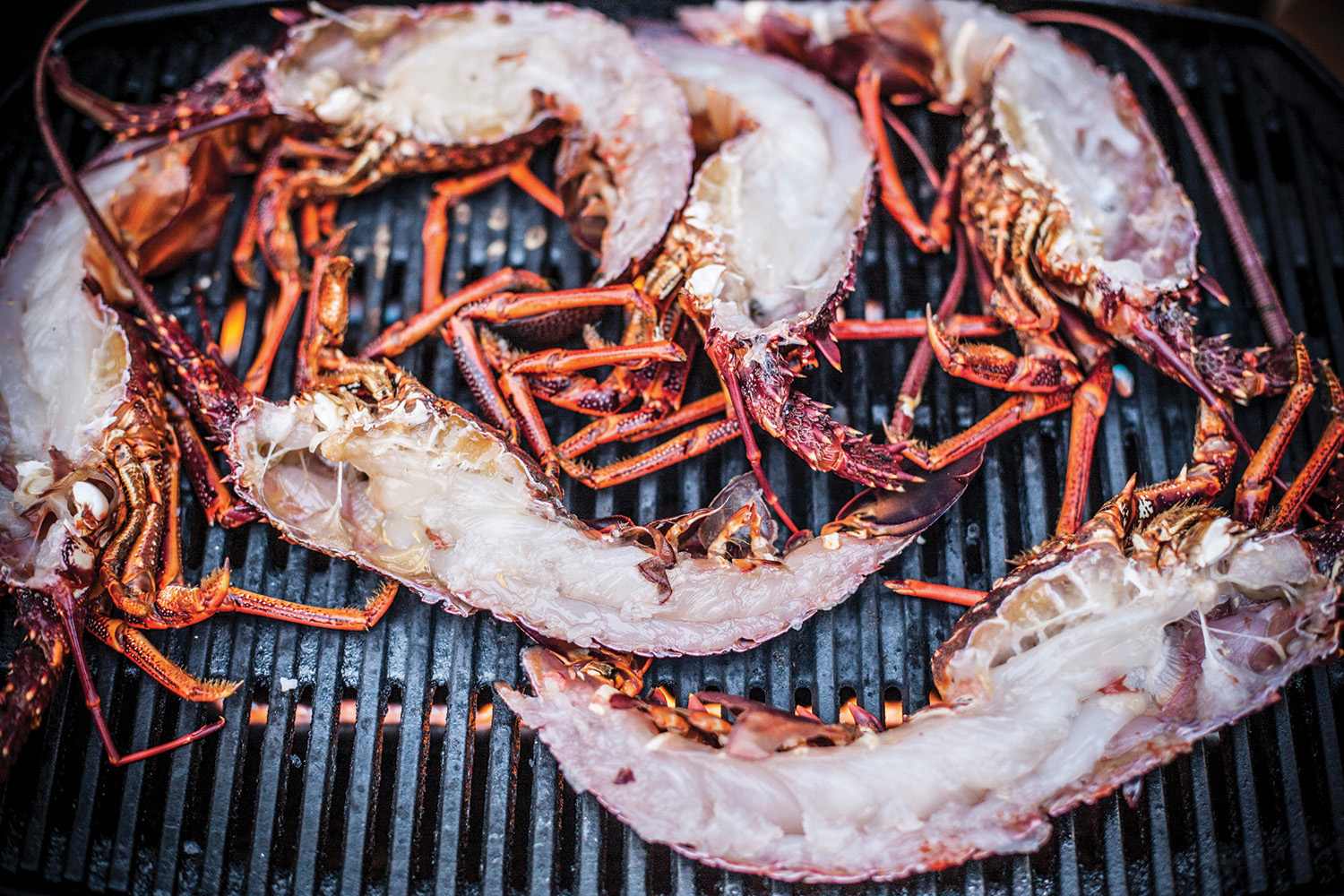 From here, push further to Flinders Island, 150 kilometres north of the coast, known for its abundant seafood and wild mountains. Lunch is served on the beach at Killiecrankie and built around barbecued crayfish fresh from the ocean.

Visitors may also land beside the clubhouse at Barnbougle, and sleep at the new airy and modern Ocean Villas, built within the Sattler family farm on top of coastal sand dunes, and offering absorbing views across Bass Strait to the tiny fishing village of Bridport.

“I always wanted people staying at Barnbougle to feel like they’re staying on a farm or a wilderness retreat,” says Sattler. “We wanted to create an image of pure golf, pure wilderness.” Guests walk straight from their villa to two of the world’s best golf courses (individually ranked as high as 11th on US Golf Digest’s prestigious World’s Best Golf Courses list, and both topping local lists for years). Sattler’s cattle pastures have been transformed into two Scottish-style links layouts. A third course­—formed mostly of par threes—will open this March.

“I told the two blokes [course designers Tom Doak and Greg Ramsay] who helped create this course [The Dunes] to try get it into the top 10 courses in Tasmania—it ended up almost in the top 10 in the world.”

Despite its lofty ranking, there’s rarely a crowd at Barnbougle, particularly when teeing off away from the warmer months. There’s a day spa on site, so too an accommodating restaurant serving gourmet local fare with a heady side of those aforementioned Bass Strait views.

There’s still plenty more to see in Tasmania’s north-east. Barron has connected with the island’s renowned food suppliers, wineries and distilleries to provide tasting tours by helicopter within the Tamar Valley. Boasting 30 wineries, including some solely producing its acclaimed sparkling varieties, it’s one of the New World’s most lauded wine regions. Flying beyond the coast, guests cut a course across deep forest reserves, cattle pastures and vineyards, landing at wineries such as Clover Hill Vineyard, perched high on a hill, for VIP tasting sessions.

With a helicopter at your disposal, the options are boundless—from a chef-prepared private lunch on the beach at the Bay Of Fires, to an historical (and aerial) pub tour of some of the country’s oldest drinking establishments. It’s about the ability to do as you please, go where you want and indulge how you like. And who doesn’t want that after 2020.