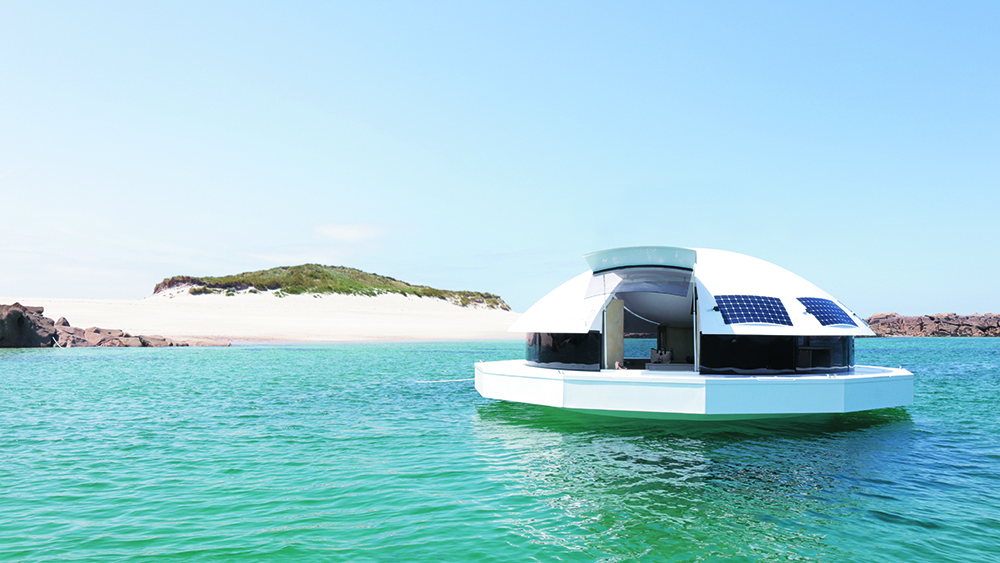 Complete with a bar and solarium, of course.

If you’ve ever wanted to live like a criminal mastermind in your very own oceanic lair—get set for your next six-figure purchase: This new eco-friendly floating apartment mimics a famous James Bond villain’s pad and could be yours for a neat $695,000.

Designed by French naval architect Jean-Michel Duacancelle, the fully autonomous pod takes creative cues from “Atlantis:” a deep-sea citadel and laboratory which belonged to the wicked webbed-fingered Karl Stomberg in the 1977 Bond classic The Spy Who Loved Me. If that reference is lost on you, it basically looks like a lo-fi aquatic UFO.

“The strange floating saucer in which the famous British spy was sailing in the 10th movie of the James Bond franchise started my obsession,” Duacancelle told Robb Report.

Dubbed the Anthénea, the luxury floating home has taken five prototypes—roughly 15 years—to complete, one of which is currently stationed off the coast of France. But unlike its muse, this lair is focused on doing good: The Anthénea is equipped with five solar panels atop the dome which renders it fully power autonomous.

“I am passionate about the idea that tomorrow’s habitat will absolutely have to be eco-friendly and be put at the heart of our natural environment,” Duacancellem said. 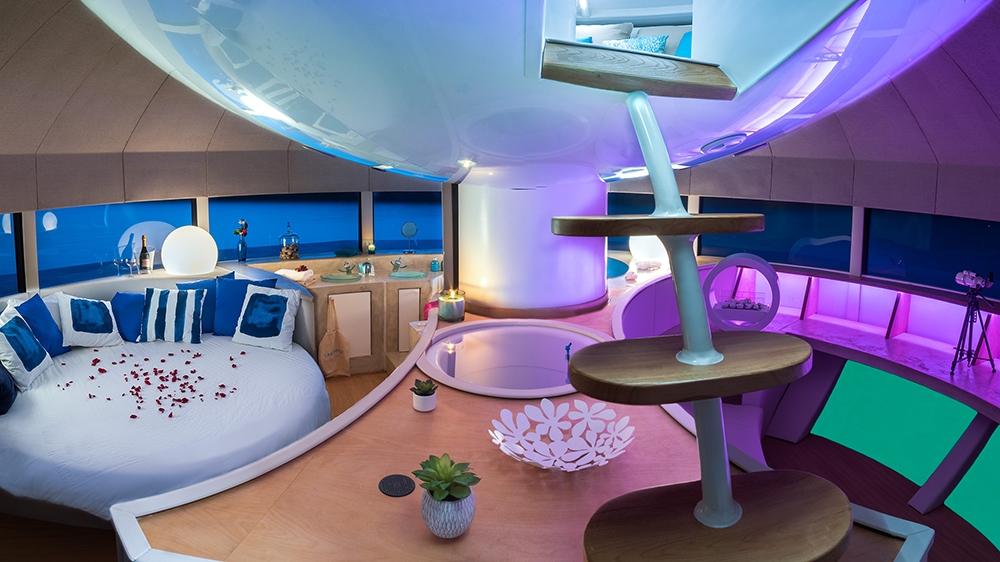 Anthénea’s offers 360-degree views of the water inside.
Yann Richard

Composed of fibreglass, the Anthénea produces its own energy; it’s entirely self-sufficient and completely off the grid. In addition to the solar panels, it features six powerful batteries with the ability to recharge from the pontoon. And there’s no need to stress, a sensor keeps you informed about the level of energy and when it’s too low the generating set will take over. The pod is reportedly more stable than a boat: It can brave a cyclone—or a pesky secret agent—and the insulation allows it to cope with temperatures ranging from -30° to 40° Degrees Celsius

Inside, the futuristic home boasts an expansive glass bottom which affords epic underwater views. French fashion mogul Pierre Cardin—who invested in the company—designed the interior and thus it’s suitably luxurious. The Anthénea is split into three living spaces: a living room with plush sofa and minibar, a bedroom featuring a circular bed and relaxing tub and a relaxation area on the rooftop which accommodates 12. It also comes complete with a 360° solarium. The best part? Everything inside is crafted from sustainable materials—an eco-friendly touch that earned the Anthénea the coveted 2019 Innovation Trophy from French tourism magazine L’Echo Touristique.

If you’ve got an evil (or eco) streak and are keen to procure the Anthénea, you can visit the showroom off the coast of France, or head to Cannes Film Festival to see a pop-up pod.

Check out more pictures of the Anthénea below: 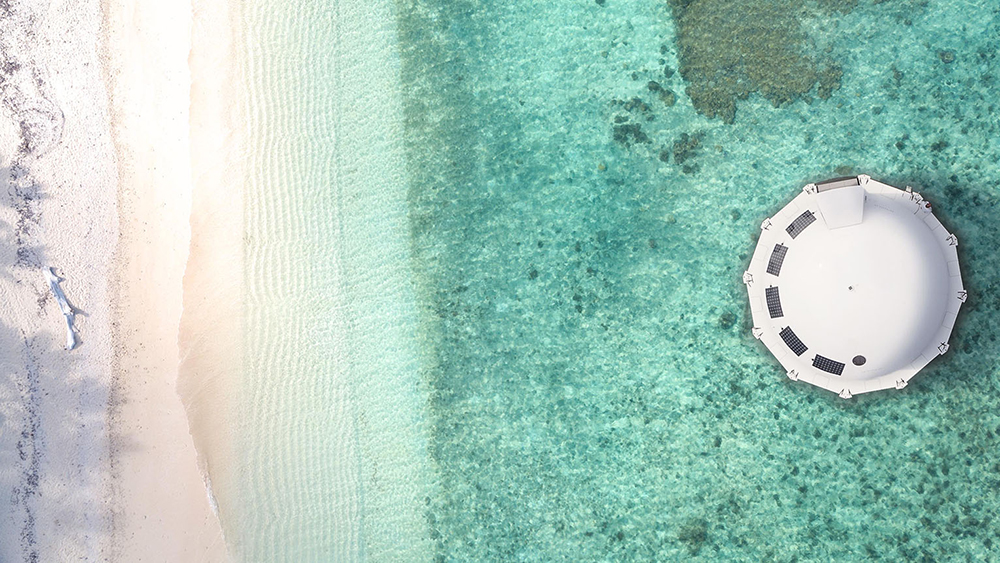 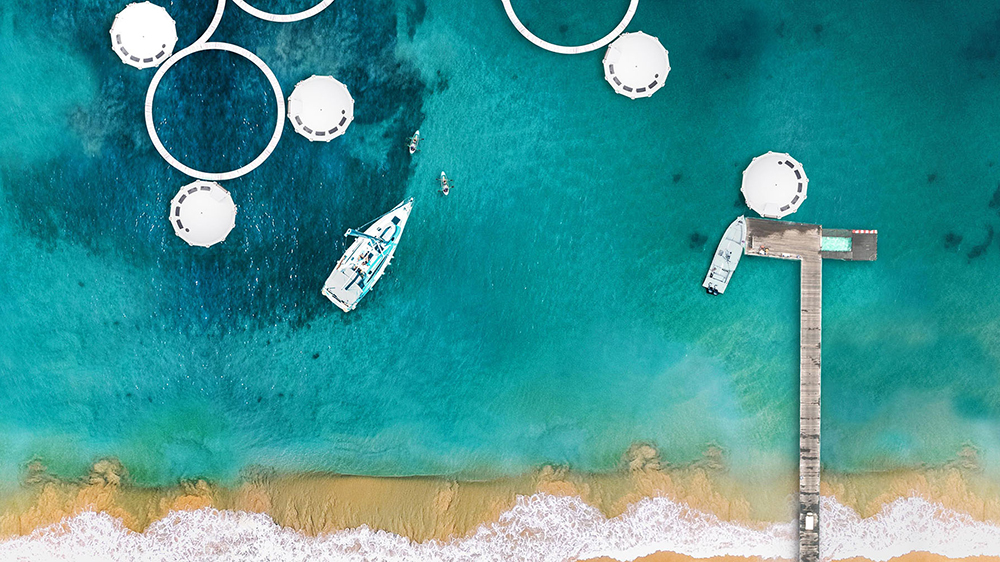 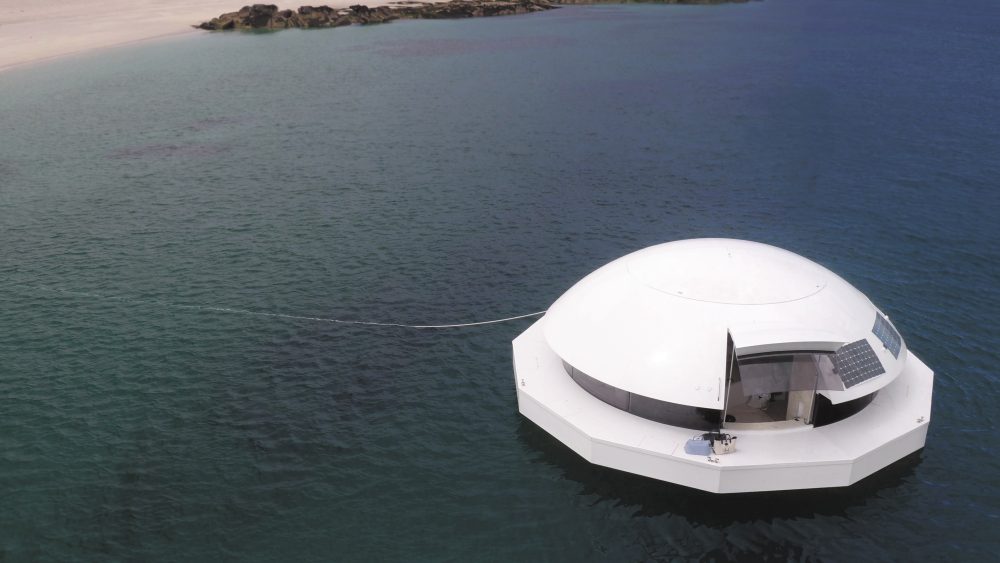