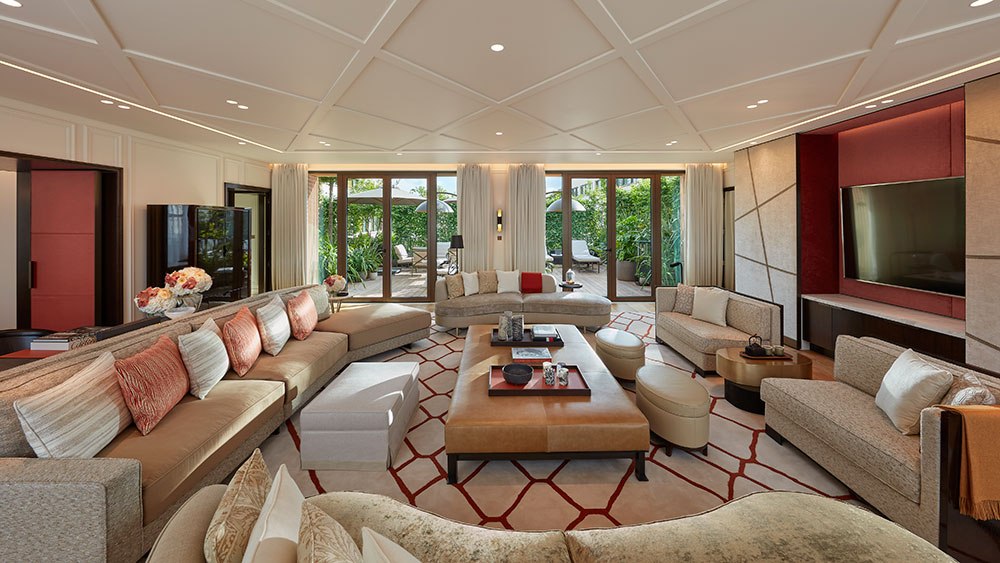 The sophisticated pied à terre also comes with a massive garden terrace and a private meal by a two-Michelin-starred celebrity chef.

Paris may be best known as a city for romance, but it turns out it’s just as popular for family vacations. Many luxury hotels in the French capital are seeing a 30 to 40 per cent increase in family and multi-generational travel, which is leading to more requests for multi-bedroom suites or interconnected rooms. Partly in response to these increased needs, Mandarin Oriental, Paris this summer introduced a one-of-a-kind suite that’s not only large enough for your immediate family, but likely all of your aunts, uncles, and cousins, too.

Spread out over nearly the entire 6th floor, and offering view out over Rue Saint-Honore, The Parisian Apartment is currently the largest luxury suite in Paris, clocking in at 430 square-metre, with an additional 2,475 square-foot garden and terrace. The expansive hideaway (which took six months to create) has been designed by noted French agency Gilles & Boissier to evoke a Haussmann-style residence with Art Déco influences, making its style a bit more classic—though no less elevated—than the rest of the hotel’s more contemporary vibe.

Past the grand foyer are hallways leading to an ultra-modern chef’s kitchen with butler pantry, an office, two separate living rooms (one for entertaining, the other for lounging), a full dining room, and four bedrooms, including two master suites and one with a separate entrance, making it ideal for staff or security. Herringbone-patterned blonde parquet flooring, and leather-covered pivot doors, works by young Parisian artists, and custom designed Patrick Gilles furnishings can be seen throughout, along with 1900’s-style mouldings and wooden architectural features reminiscent of the 1930’s. And then there’s the terrace: A true gem to find in any city, the oversized outdoor space was created by landscape designers Christophe Gautrand & Associates, who sought inspiration in traditional French gardens. Surrounded by living walls and cleverly-placed trees, the terrace features multiple separate areas to lounge and relax, as well as a dining table for al fresco meals.

Speaking of meals, The Parisian Apartment’s $35,300 (that’s around $51,450 AUD) starting rates included added perks like a dedicated butler and—until the end of the year—a bespoke private dinner personally prepared and served by renowned chef Thierry Marx, who oversees the hotel’s two-Michelin-star restaurant, Sur Measure par Thierry Marx. The gourmet menu can also be paired with an array of Grand Crus selected by head sommelier David Biraud, who’s earned the title of World Vice-Champion of Sommellerie. For more information on The Parisian Apartment and to book, contact the hotel directly at (33-1) 7098-7333 or mopar-reservations@mohg.com.