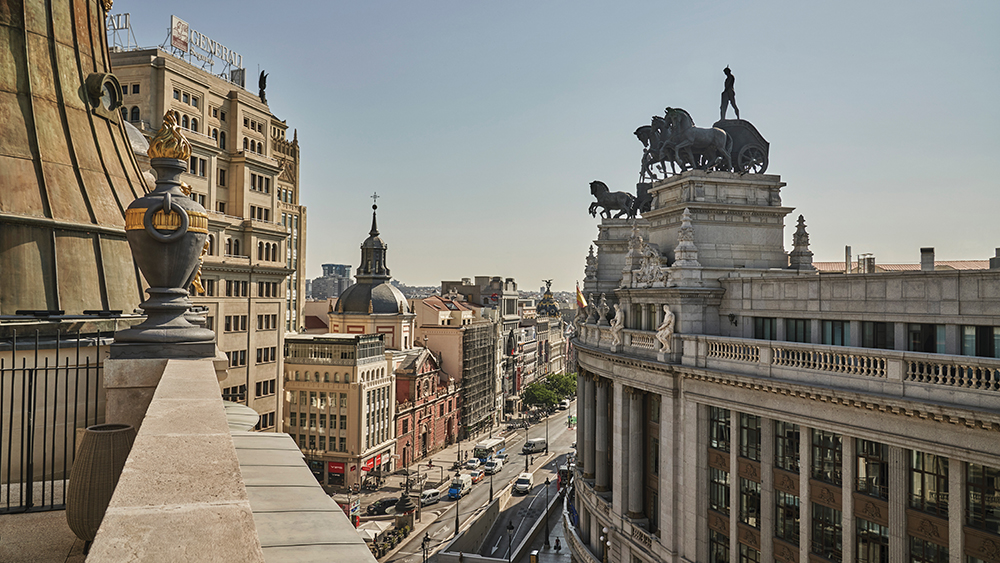 For decades, Barcelona has been Spain’s unassailable city-break destination. But with notable new and reimagined properties from the likes of Four Seasons, Mandarin Oriental and Rosewood Hotels, plus upcoming debuts from Edition Hotels and JW Marriott, the long-maligned capital of Madrid now boasts serious luxury-travel clout.

The city’s current buzz was never a dead cert. Four Seasons opened in late 2020 in a grand heritage building just steps from Kilómetro Cero, considered the geographic center of Spain. That may sound like a prime location, but well-heeled Madrileños, who had long compared the area—disparagingly—to Times Square, were bemused. And yet Four Seasons’ arrival in the historic district was emblematic of hospitality brands’ nascent interest in Madrid, a vote of confidence in a destination underappreciated even by locals. 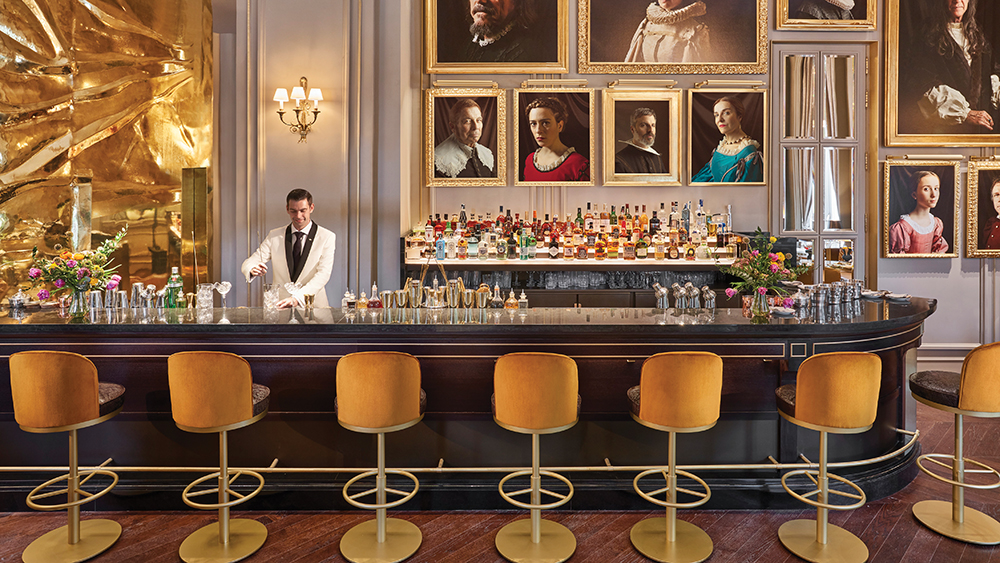 The bar at the Mandarin Oriental Ritz, Madrid. Manolo Yllera

Plans for the Four Seasons Hotel Madrid, the centrepiece of a roughly $700 million development that also includes residences and a high-end shopping mall, began as far back as 2012, making it a significant gamble at the time. But with Barcelona subsequently plagued by political unrest, protests and antipathy toward holidaymakers amid damning reports of over-tourism—before the pandemic, a moratorium was declared on new hotels in popular districts—the wager appears to have paid off. And Four Seasons wasn’t the only player to bet on Madrid’s future. According to the city’s hospitality staff, the story is the same: The instability in Barcelona spooked investors, so luxury hotel brands looked inland.

That list includes Mandarin Oriental, with the Hong Kong hotel group putting the Ritz, the city’s Belle Époque grande dame established by César Ritz in 1910, through a multiyear renovation after acquiring it in 2015. The newly christened Mandarin Oriental Ritz, Madrid reopened in mid-2021 with a subterranean pool lit by chandeliers and a golden-hued restaurant, Deessa, where chef Quique Dacosta’s theatrical menu might include an “egg” whose casing is a film of whipped white asparagus. All that increased prestige comes at a (higher) price: Whereas rates prior to MO’s arrival averaged about $560, they now start from $1430. 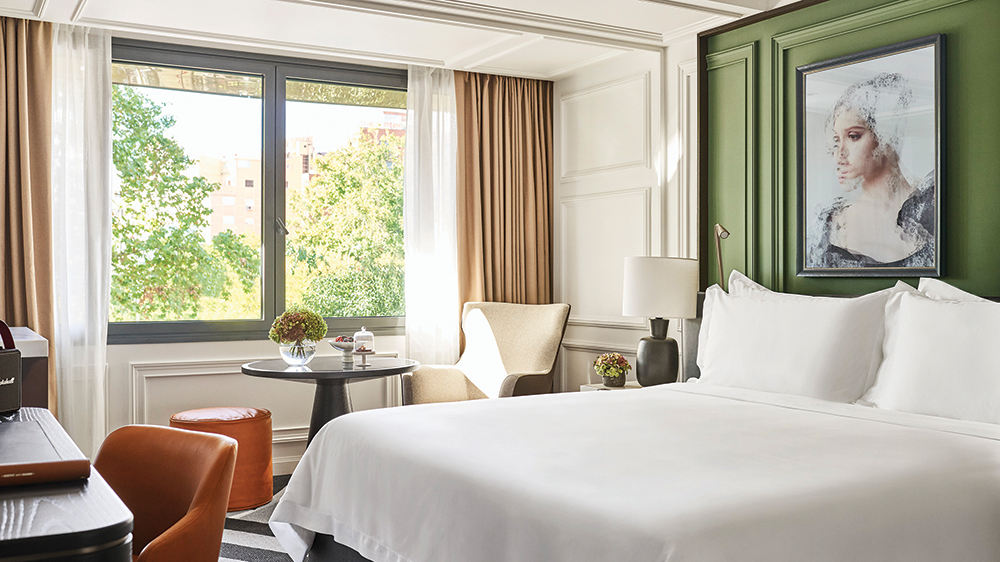 One of the clean, modern design abounds at the new Rosewood Villa Magna. Courtesy of Rosewood Hotels

One mile north, at Villa Magna, it’s a similar situation. Established in 1972, the hotel closed for refurbishment in late 2020 and reopened as Rosewood Villa Magna a year later. (Staff claim the hotel’s owners wanted to partner with a major hospitality brand to amplify recognition internationally, not least because of the suddenly fierce local competition.) Rosewood’s customary sophistication is evident throughout, including at the Tarde.O bar, with its discreet courtyard and skilled mixologists who can rustle up 400 cocktails—try the signature Negroni, aged for 72 hours in countertop clay pots—and the handsome Amós restaurant helmed by Michelin three-star Jesús Sánchez. Accordingly, nightly rates have jumped from roughly $910 pre-reopening to about $1120 now, and are expected to settle around $1400 or more.

Back at the Four Seasons, where rates start at about $1500 per night, Dani García’s rooftop restaurant, Dani, is a casually beautiful burst of cherry reds and glossy greens, with a terrace that overlooks a sprawl of imposing landmarks, including the Casino de Madrid and the Real Academia de Bellas Artes de San Fernando. Far from a stuffy, special-occasion restaurant, Four Seasons wanted a hip, energizing venue that locals could embrace. Which is exactly what I discovered during my visit, with Dani at capacity and a multitude of diners stepping outside to take a fresh look at their home city.