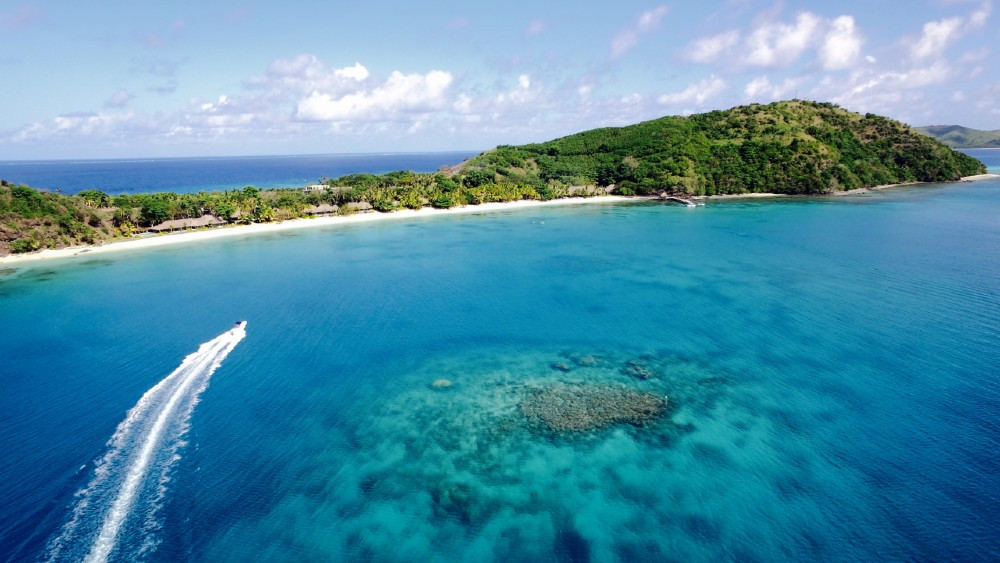 From the eggs and honey to the sea-harvested salt, almost everything on your plate at Kokomo Private Island is found just outside your villa.

It’s early morning on Kokomo Private Island, and chef Cory Campbell is collecting fresh eggs for omelettes at the Beach Shack. Sourcing ingredients from a local farm or garden is nothing new for luxury resorts these days, but at this secluded Fijian resort—located an additional flight away from the international airport—doing so is less of a trend than a necessity. Which is what makes this former Noma chef’s efforts here so notable: At Kokomo’s sustainable 2.22-hectare farm, Campbell and his team of seven are not just raising 170-plus chickens, but also cultivating a wide array of both traditional and unexpected items.

Campbell’s farm-to-fork efforts stem from his background at the iconic Copenhagen restaurant where he cooked for four years. “My time at Noma working closely with Rene (Redzepi) and other amazing chefs has defined who I am as a chef,” says Campbell. “The opportunity to see an ingredient in its natural environment and be inspired to create dishes that give the diner a sense of time and place—that’s the influence from my days at Noma, and that influences the menus here at Kokomo.”

As the Executive Chef of the resort’s three restaurants, Campbell needs ingredients that will work for everything from the wood-fired pizzas at Kokocabana to freshly seared tuna at the Beach Shack and the fiery Fijian curries at Walker D’Plank. The ever-changing menus also present a unique challenge. With “the majority of guests staying with us for over a week, we change up the menus throughout the resort each day,” says Campbell. For these menus, “70 to 80 per cent of (what we need) is locally sourced, including the seafood and wild ingredients we have on the island, as well as crops planted throughout the farm.”

On a tour of the organic farm (which guests can request), you’ll see firsthand the diversity of the produce. Rows of herbs and vegetables sit alongside patches of edible flowers, a newly-planted mushroom garden, and orchards of exotic fruits. A hydroponic garden grows lettuce, cucumbers, tomatoes and other items needed year-round, while over a dozen beehives (sheltering an Italian cross-breed of bees) provide the resort with honey. (There are also plans to grow vanilla to use in the pastry kitchen.) Fish and sea greens, meanwhile, are sourced directly from local fishermen and women—including an indigenous community of female fishers on the nearby island of Buliya, who use traditional hand-line techniques to catch a local fish called bussa. Kokomo has also partnered with the global Dock to Dish sustainable farming program to help ensure that everything from the sea is gathered responsibly and ethically.

Recently, Campbell and his team have also started cultivating sea salt from the pristine waters surrounding the five-star resort. “The salt process started with me asking myself how can we make the island more sustainable,” says Campbell. “It’s such a vital yet overlooked necessity to any kitchen, so, being surrounded by seawater, it was a perfect ingredient to work on producing ourselves.” In addition to being used to flavour Campbell’s cuisine, the island-harvested salt also makes its way to the spa, where resident health practitioner Kim Campbell incorporates it—and some of the farm-grown ingredients—into homemade products like body scrubs.