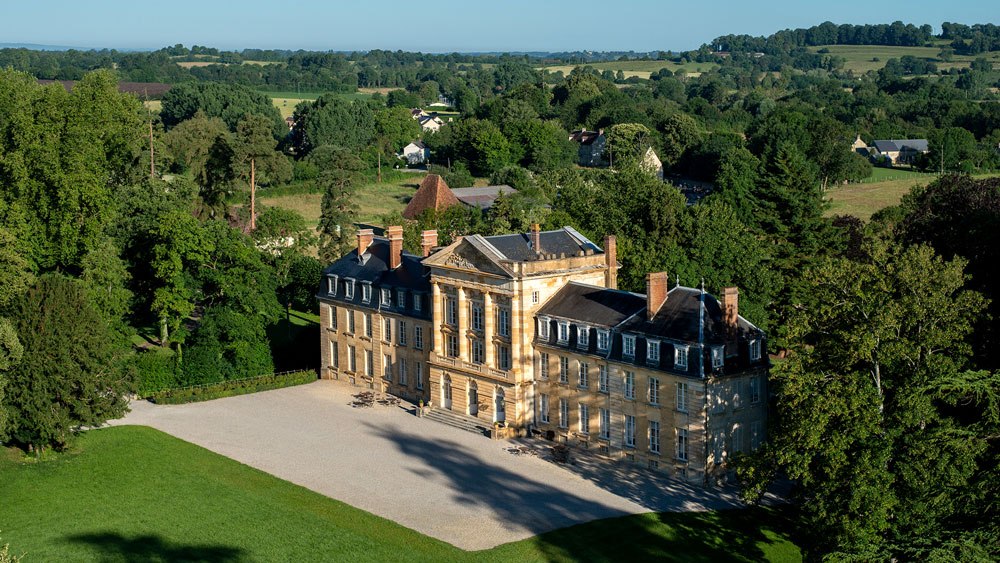 One of France’s last grand châteaux has been carefully transformed into a modern-day palace.

Normandy’s newest over-the-top rental château is far more than just a pretty face. Château de Courtomer, a 25-bedroom, 18th-century château that has recently unveiled a decade-long renovation by Francophile Elisabeth Bonner, earns its spot on the French National Register of Historic Monuments with aplomb—its story stretches back nearly 1000 years, crossing revolutions, wars, and monumental cultural shifts. And now, thanks to a careful restoration and the addition of a few now nonnegotiable amenities (think central heating and upgraded plumbing) it has become a palace once more, this time fit for 21st-century guests. 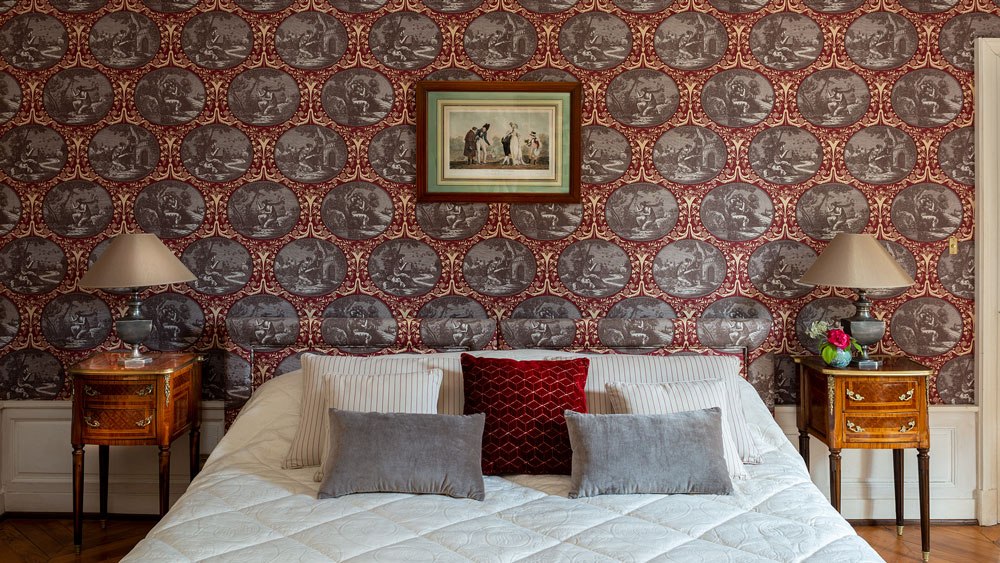 Bonner and her husband purchased the property in 2005, and until now, it has primarily been used for corporate retreats within their social network as they worked to coax its former grandeur back to life. Today, it’s easy to imagine a destination wedding or blowout soiree here—a ceremony in the allée of linden trees followed by a reception in L’Orangerie, guests dancing beside the pastel German expressionist painting of a woman trying on shoes.

“The château itself is an emblem of something symmetrical and pure,” Bonner says. And as light streams in from all sides, it’s clear that this was a home built for enjoying life. But she is well-versed in the château’s long, less-than-perfect history. 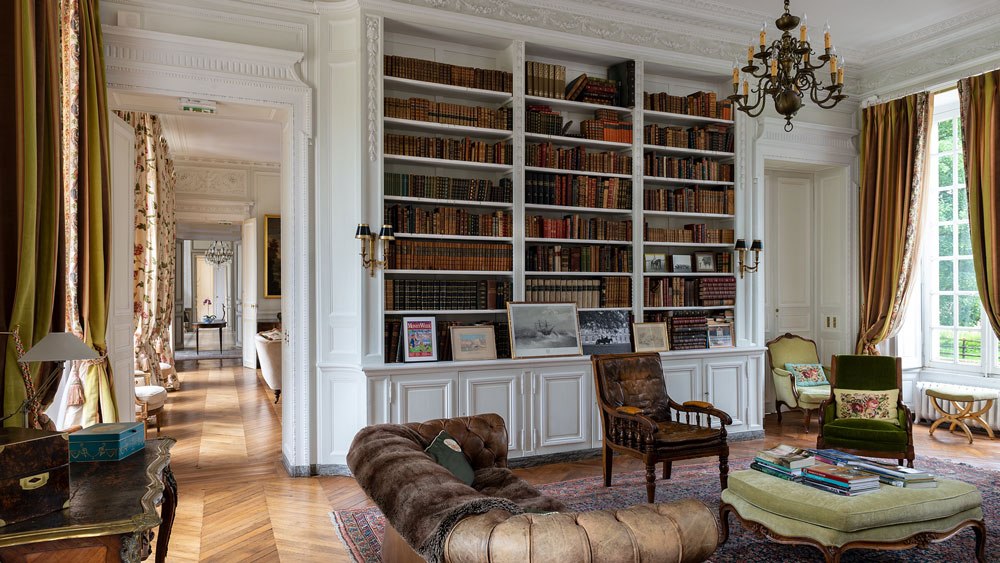 The building that stands today was finished on the eve of the French revolution in 1789 as a 1625-square-metre home built with Romantic ideals of symmetry and classical Greek motifs, such as columns, swans, and curled acanthus leaves. It was one of the last grand French châteaux built, representing a lifestyle of privilege that ended abruptly with the execution of King Louis XVI in 1793. Two years later, the Marquis de Courtomer, his wife, and his mother-in-law nearly met the same fate during the Great Terror, but they survived several months in prison and were eventually able to return to Courtomer. The Marquis’s portrait, gallantly riding a stallion into battle, hangs above the stairwell to the second floor.

Winding the story back further, the 7100-hectare property was originally bought by the ancestors of the Marquis de Courtomer in 1047 (and his descendants owned it until 1905), and remnants of an original medieval fortress, including a moat, remain. The family’s Protestant temple, built in 1622, was converted to a dairy during the reign of Louis the Sun King and his vigorous imposition of Roman Catholicism. Thanks to this covert move, it’s one of just a few Protestant temples in France to have survived intact.

Putting her extensive knowledge of French art, architecture, and history to good use, Bonner carefully furnished Courtomer in a mix of pieces that nod to its past, present, and future. She primarily sourced artwork and decor from Drouot, her favorite auction house in the 9th arrondissement in Paris. “It’s the Christie’s of Paris,” she says. “Going in there feels like going into Aladdin’s cave.”

Two of Bonner’s favorite paintings from Drouot flank the fireplace in the grand salon and depict shepherds relaxing in the grass by ruined buildings. “These shepherds are living a simple, pure life in nature,” she explains. The pieces are by an anonymous Norman artist and reflect the Age of Enlightenment’s respect for science and nature. Serving as a backdrop for these accents are walls that have been carefully repainted (a task that she describes as an undertaking of epic proportions) as well as curtains, wallpaper, and fabric-covered headboards sourced from Moins le Quart in the 16th arrondissement.

And while the property is more than fit for the modern-day aristocrat, there’s always ongoing work to be done. Bonner has resigned herself to the fact that this is a project that will never be complete: “Châteaus have patina,” she says. “If they’re perfect they’re not really châteaus.”