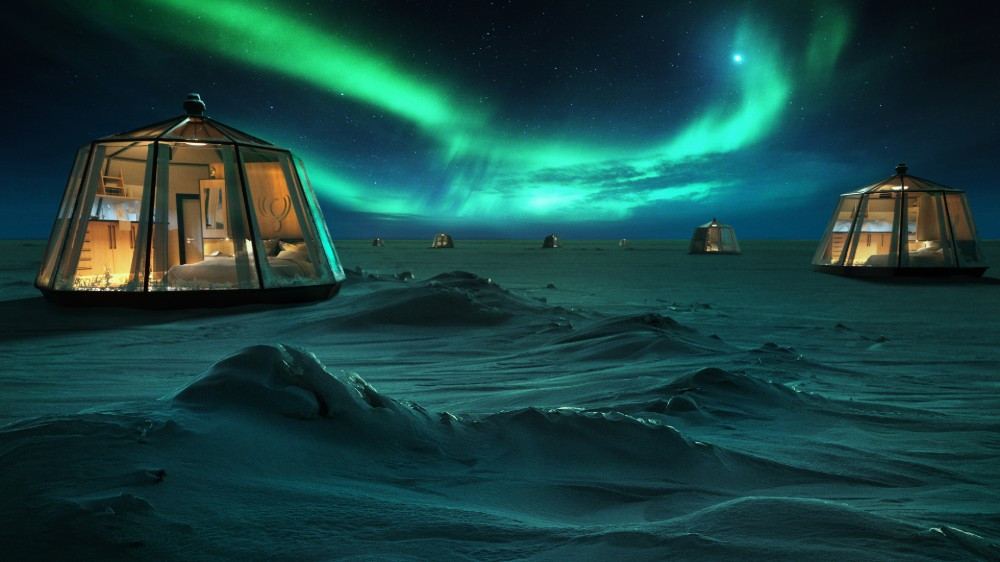 A Luxury North Pole Igloo Hotel Is Coming Soon—and You Can Stay There for $150,000

The pop-up hotel will consist of 10 heated igloos and will open next April, for one month only.

The truly adventurous traveller is always looking to push themselves further, to find a way to reach those far-off regions of the world most people have only ever read about. And now Luxury Action is extending a helping hand. Starting next spring, the Scandanavian travel company will offer high-end customers the opportunity to spend the night in one of the world’s most unforgiving locales—the North Pole.

Next April, for one month only, Luxury Action will open up the pop-up North Pole Igloos hotel at Earth’s northernmost point where guest will get the opportunity to spend a night in an igloo beneath the stars. But a once-in-a-lifetime experience like this doesn’t come cheap with a night-long stay at the hotel running an extremely cool €95,000 (about $150,000).

Inaccessible for most of the year, the North Pole can be reached by helicopter in April and by ship during June and July. About 1000 people visit the area each year, but they’re usually coming armed with extensive extreme weather survival gear, including tents. But Luxury Action’s guest will face a slightly easier journey, as they’ll reach the hotel following a two-hour helicopter ride and be greeted by 10 heated igloos, each of which includes an en suite bathroom. So, your igloo will have indoor plumbing. Guest are also almost guaranteed to see a spectacular light show during their stay, as aurora borealis is still highly active in April.

“The North Pole has been one of the most exclusive travel destinations in the world for years, but no nice and comfortable accommodation facilities exist there,” the company’s founder, Janne Honkanen, told CNN earlier this month. “I wanted to create a more comfortable way to experience the North Pole as it is, by bringing cozy facilities to extreme conditions.”

While pricing may seem steep, guests will be getting a lot for their money. Specifically, the sky-high booking fee helps pay for a camp manager, arctic wilderness guide, chef services and security. In addition, the price also includes a two-night stay on Svalbard, an archipelago between Norway and the North Pole, and flights and logistics between the island group and the hotel. North Pole “training” is also available, for an additional charge, at Octola, an exclusive lodge and wilderness retreat owned by the company in Finnish Lapland.