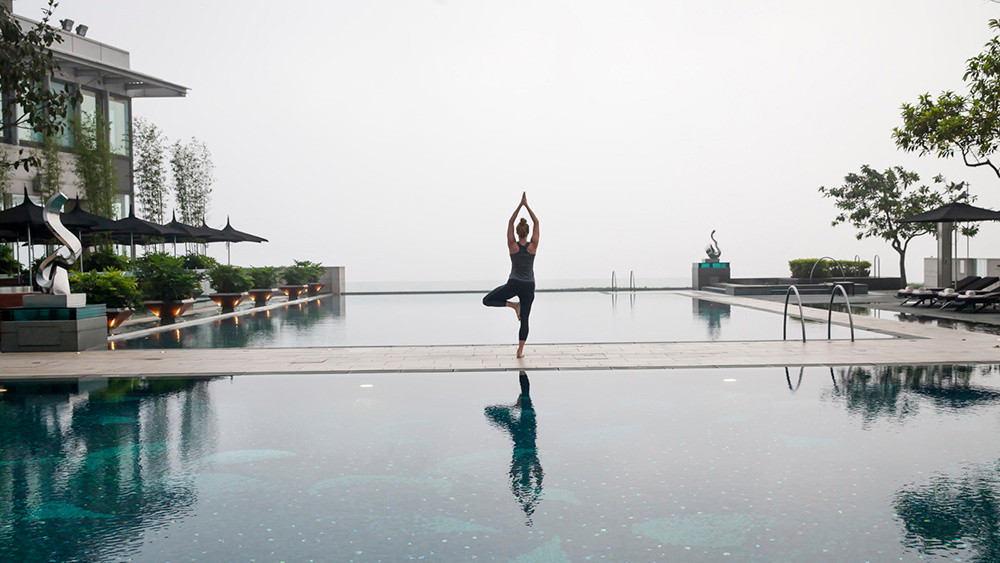 Yachting is the best ways explore the city and its outlying islands.

When the Four Seasons Hotel Hong Kong launched its holistic wellness journey in September 2018, it did so in recognition of the fact travellers of today are increasingly mindful of their mental and physical wellbeing. Well-informed and open to new experiences, the modern-day traveller is making more deliberate choices in search of a healthy, balanced life. Enter Hong Kong: The Chinese special administration region and its surrounding islands are on their way to becoming the latest superyacht top spot.

Yachting provides one of the best ways to admire this modern legacy in all its glory, as well as the peaceful outlying islands and country parks. Visit Cheung Chau Island for a glimpse of a traditional fishing community, while Lantau Island justifies an entire day spent enjoying its challenging mountain walks, warm beaches, and awe-inspiring giant Buddha perched high on a plateau. Lamma Island is perfect for a sumptuous seafood feast, while Sai Kung simply blooms with natural beauty. Hong Kong is well acquainted with the world’s elite visiting its bustling city, but its 250 islands make for a nonstop exotic island-hopping adventure. 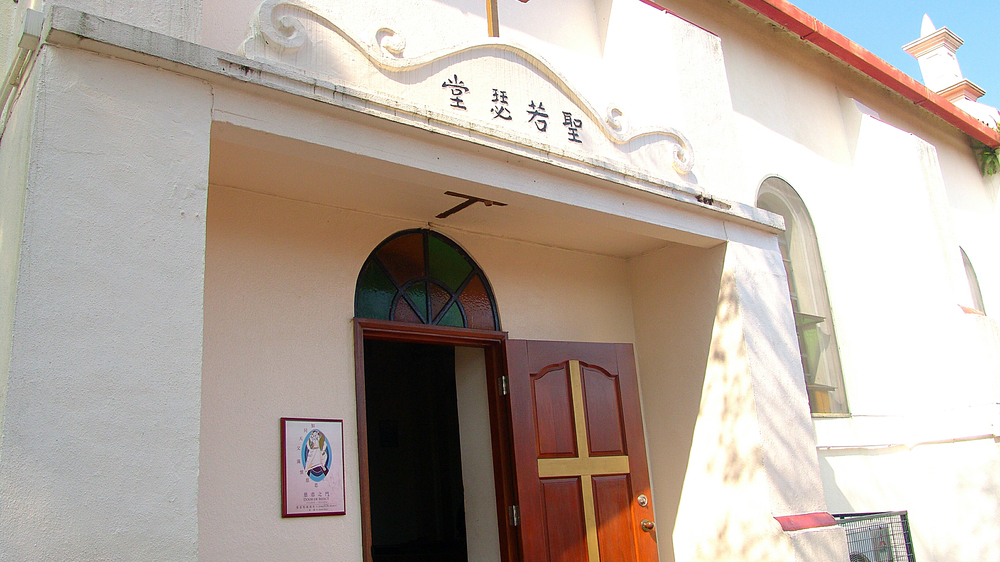 Central to the identity of Yim Tin Tsai is its abandoned Hakka village. The island was originally populated in the 1740s by a family from Guangdong, the descendants of which developed salt farms on the island and made their living selling the salt—the island’s name literally means “small salt field.” By the 1990s, however, no one was left living on the island. Today, all that remains are the abandoned village houses (many of which are technically still owned by the villagers’ descendants), which offer spooky remnants of the last people to live there, from radios, kitchen appliances, and televisions to bed stands and crockery. Don’t miss the island’s photogenic St. Joseph’s Chapel, which was built in Romanesque style in 1890 and is now a Grade II listed building as recognised by the Hong Kong Antiquities Advisory Board. Next door is the former Ching Po School that is now the Yim Tin Tsai Village Heritage Exhibition and houses a modest collection of historical artifacts. 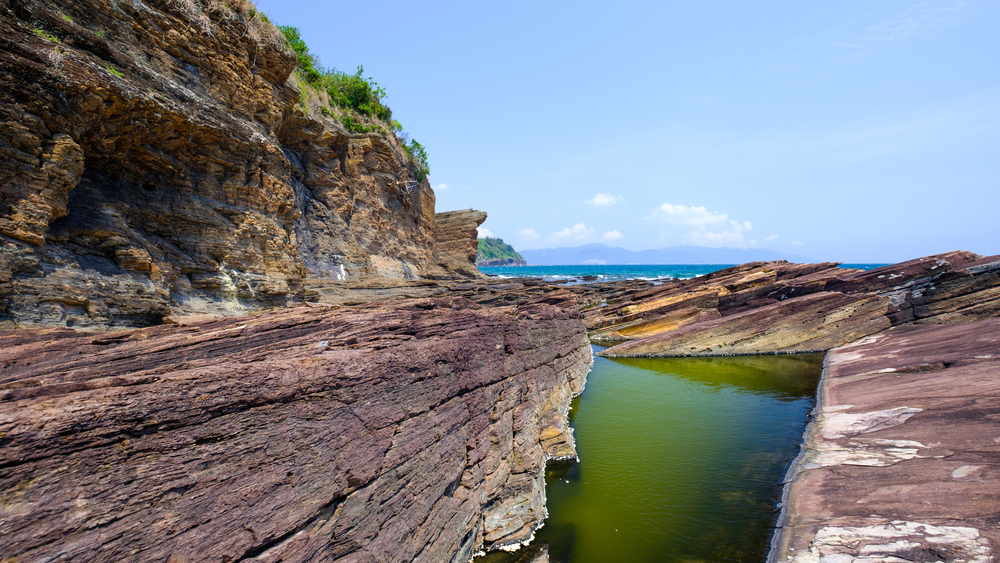 The striking island of Tung Ping Chau is the easternmost island of Hong Kong, formed entirely of sedimentary rocks. The result is a brightly coloured, multilayered, and exceptionally photogenic landscape that is perfect for fossil-spotting. The area also has a diverse ecosystem—it’s protected as a Country Park, Marine Park, a Site of Special Scientific Interest, and is also listed within UNESCO’s Global Geoparks Network. Clamber the cliffs or walk the 5.9 km looping Peng Chau Country Trail, before taking a dip in the island’s crystal-clear waters. The youngest rock in Hong Kong’s geological history, Tung Ping Chau is admired for its wave-erosion landscape, the shale that resembles a layered sponge cake, and the unusually flat lay of the island itself. Camping is a popular activity, and a favourite way to see one of the best sunrises in the whole territory. 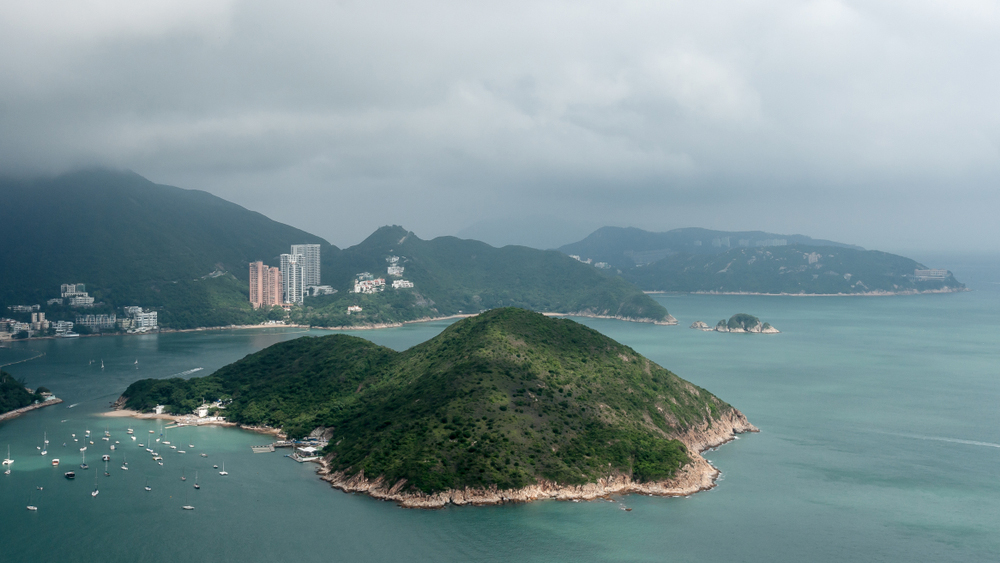 Middle Island may be small, but what it lacks in size it makes up for in convenience. This island is home to the members-only Royal Hong Kong Yacht Club (RHKYC) but also features the quiet and secluded South Bay Beach. The RHKYC is one of the oldest and largest sports clubs in Hong Kong, with a rich, colourful history that spans 170 years of community and competitive sailing and rowing. Make sure you check out its stunning open-air restaurant and bar where DJs spin away the afternoon. Aptly named the Deck, it offers an amazing 180-degree view of the harbour, North Point, over the boatyard, and back to Causeway Bay. 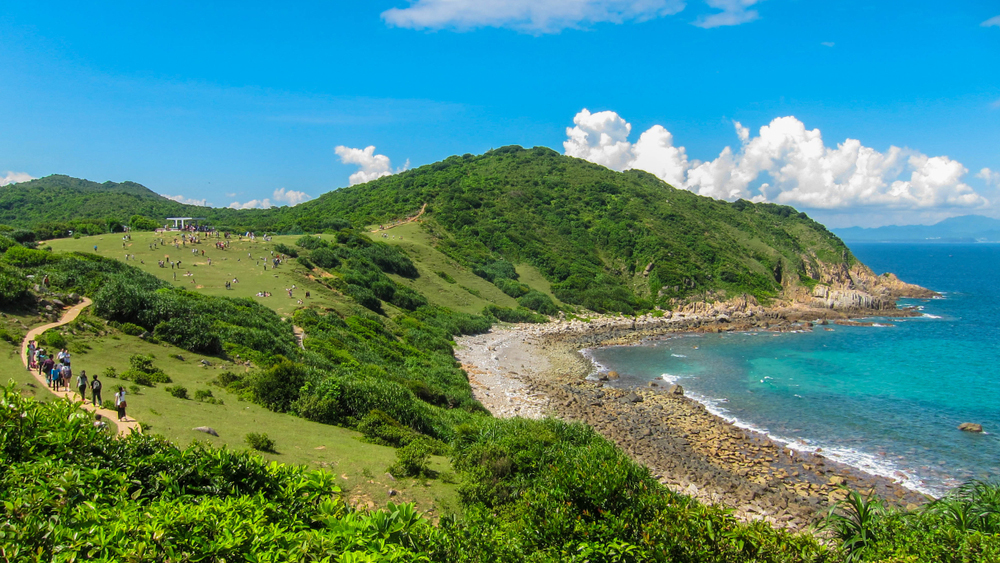 Tap Mun, which sits off the coast of Sai Kung Country Park, is also known as Grass Island. The 1.7 sq km island is composed of rolling, grassy hillocks complete with wandering cows and is also home to a few hundred Hakka and Tanka people. Tap Mun is houses a trio of temples, located near the main village, which date back to the 18th century. Legend has it there was once a pirate’s tunnel that led from the altar of the Tin Hau temple all the way out to the sea. Today Tap Mun is popular for camping and kite-flying, and boasts several rocky beaches. Hike the paved 1.9 km footpath that starts out at the fisherman’s village and ends up on the hilltop in the middle of the island. It offers panoramic views and a refreshing breeze, even on the hottest day. Make sure you also try some of the island’s famous ice-less iced milk tea. 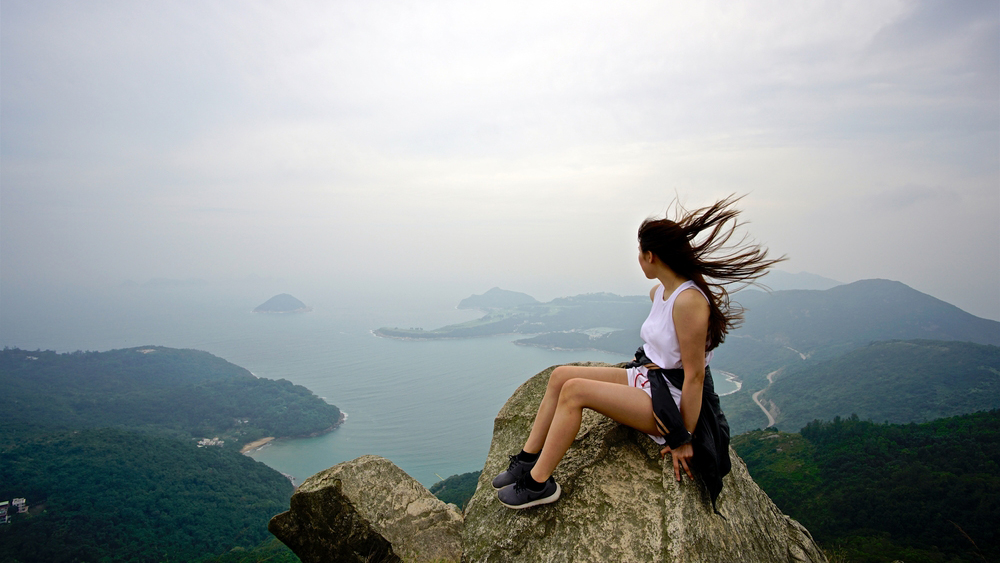 Rough, rugged, and wild, Tung Lung Chau is located off the tip of the Clear Water Bay Peninsula in the New Territories. It’s widely regarded as the best place for rock climbing in the territory, with multiple routes of varying difficulty. The campsite on the northeast of the island is close to what now remains of Tung Lung Chau Fort—built between 1662 and 1722, it used to defend the island from pirates, but these days, it’s somewhat run down. There’s one main paved trail on the island, which passes by the largest and oldest rock carving in Hong Kong—measuring 1.8 metres by 2.4 metres, it depicts a dragon and is said to be more than 5000 years old. Comprised of two beaches, Clearwater Bay’s pristine sand and sparkling waters are positively tropical. There’s a great view of the nearby country park’s craggy mountains and the sharp tip of High Junk Peak, making this spot picture perfect.