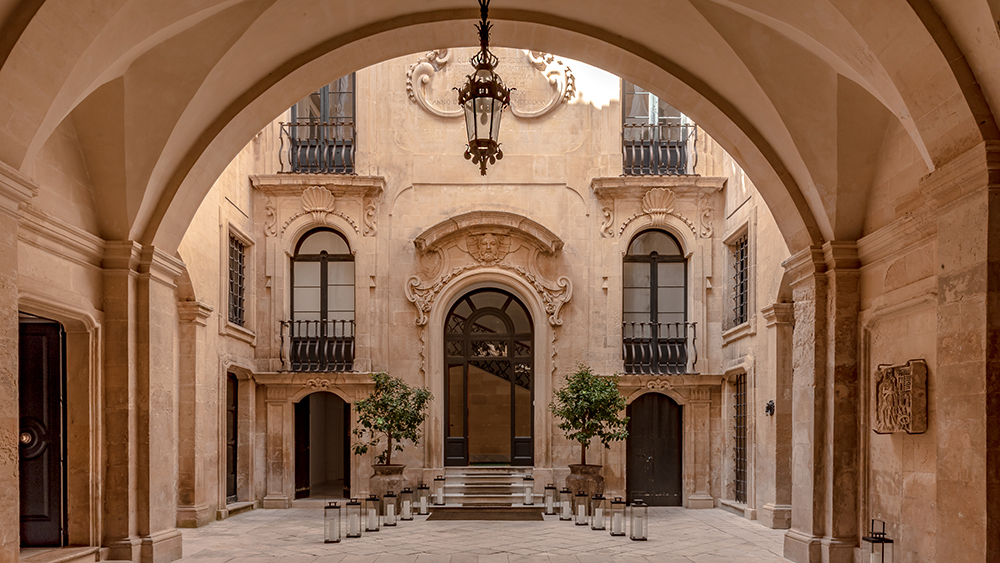 But you’ll still have to fly to Paris to enjoy his food.

Guy Martin hadn’t planned on becoming an innkeeper. But the Michelin-starred chef—considered a gastronomic demigod for his Paris restaurant, Le Grand Véfour—couldn’t help himself. While on vacation in Puglia, Italy, he and his wife, Katherina Marx, discovered a pair of neighbouring 18th-century palazzi in the southern town of Nardò that, to them, seemed ripe for a second life. They bought the estates three years ago and just this past spring opened Palazzo Maritati e Muci, a 10-room resort where vibrant art and contemporary furniture pose a striking contrast to original plasterwork and vaulted ceilings.

That Martin had zero experience running a hotel had little bearing on his decision to go all-in on a meticulous restoration. Call it the Puglia Persuasion—there’s something about this picturesque region that compels outsiders to embed themselves so deeply into its hilly landscapes that they end up making it their business. Actress Helen Mirren caught the bug, too. Along with her husband, director Taylor Hackford, she is co-owner of Farmacia Balboa, a chic bar in the town of Tricase, not far from her home in Salento. French businessman Giacomo Fiermonte fell so hard for the region that he opened his own hotel, La Fiermontina, in Lecce in 2015. Many others have also gotten into the hospitality act for the first time after getting a taste of Puglia’s cone-shaped stone huts (called trulli), sprawling olive trees and vivid Adriatic views.

This summer, the movement is reaching a critical mass, with a collection of new openings. Upon inheriting his family’s 19th-century townhouse in the coastal village of Gagliano del Capo, Italian art curator Francesco Petrucci tapped Milanese architects Ludovica Serafini and Roberto Palomba to turn the crumbling pile into the 10-room Palazzo Daniele, where original frescoes have been restored and an orangery and pool have been installed. Petrucci ensured his familial estate would be a place for shared enjoyment: In the grand kitchen, guests can learn to make Pugliese specialties like orecchiette, and the vine-covered courtyards and stylish living spaces beckon many a salute! 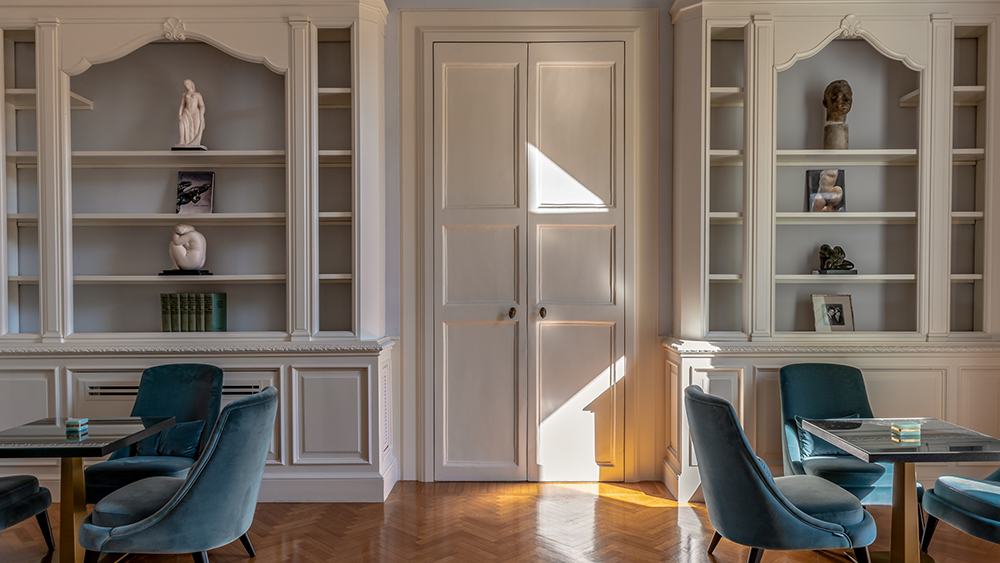 For his part, Fiermonte decided one simply wasn’t enough, so the nascent hotelier purchased a second property in Lecce and turned it into Palazzo Bozzi Corso, a fashionable little hotel where the 10 suites are filled with sculptures and paintings from his family collection. And then there’s Masseria Torre Maizza, a 16th-century estate near the town of Savelletri di Fasano that hotelier Sir Rocco Forte has christened as his own, tapping his sister, interior designer Olga Polizzi, to draw up lavish interiors with hand-painted ceramics, rustic-patterned fabrics and contemporary furniture. Several of the 40 rooms come with private pools or terraces; there’s also a large pool in the olive-tree-lined garden, a nine-hole golf course, a small spa and two excellent restaurants.

Back at Palazzo Maritati e Muci, Guy Martin appears to have mastered the art of mixing business and pleasure by installing his own swimming pool, along with a small art gallery and a garden. Conspicuously missing, however, is a Martin-helmed restaurant. “For that,” the chef says, “you still have to come to Paris.” 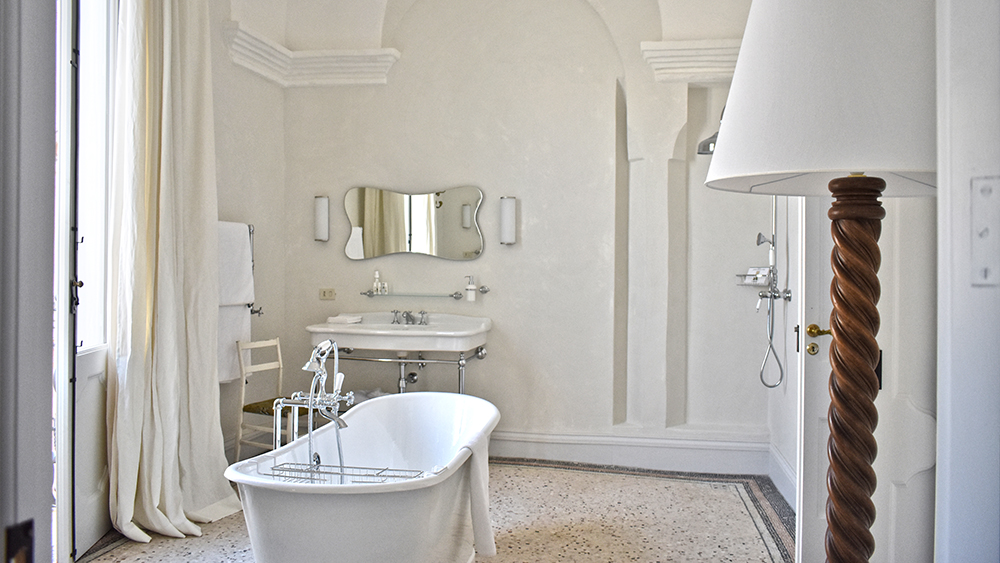 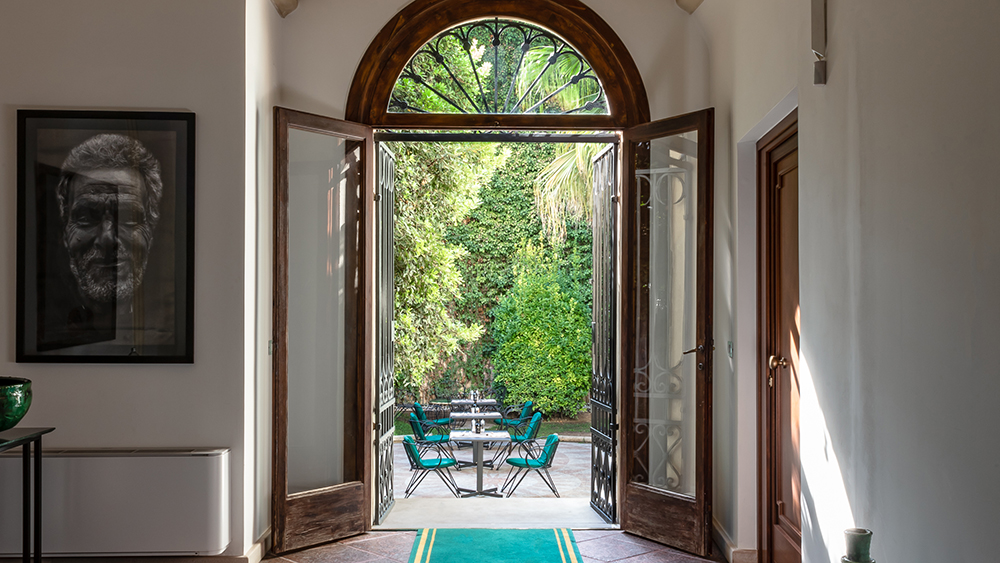