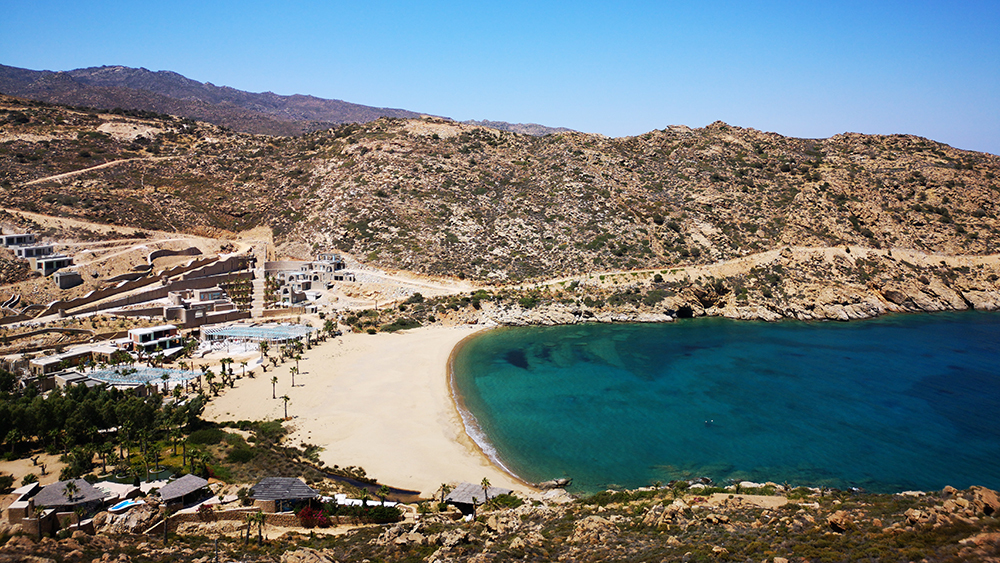 The Greek natives who opened the 27-suite Calilo own roughly one quarter of the island.

The Greek Islands have become so crowded they’re practically a cliché, but there’s one little isle that, though wedged between wildly popular Santorini and Mykonos, seems miles from its neighbors. Ios has largely been ignored by the glitz and galavanting—something the Cyclades island owes largely to its ill-gotten reputation as a lowbrow backpackers hideout—but Angelos Michalopoulos is about to give it new bragging rights. The Greek native and his wife, Vassiliki Petridou, started buying land on the 103-square-kilometre island in the early 2000s, not to develop it but to preserve it. Now, lucky for us, they will share it with a handful of visitors seeking a different kind of Greek vacation.

“We were looking for a place to build a house and came over from a nearby island,” Michalopoulos says. “Within 20 minutes, we saw six to seven beaches which were completely deserted. After half an hour more, we saw 30 more. I couldn’t believe it. It was untouched—a paradise in the middle of one of the most exploited areas in the world.”

Michalopoulos and Petridou now own roughly one-quarter of the island— about 6,500 acres—and the couple has plans that involve looking nothing like their neighbors, transporting more than 60,000 trees (including 550 ancient olive trees) that were destined to become firewood from the Greek mainland and earmarking 99 per cent of their land for conservation. To fund it, however, they’ll use that last 1 per cent: In July, the 27-suite Calilo opened as Ios’s first five-star resort—and a benefactor to its untouched home. 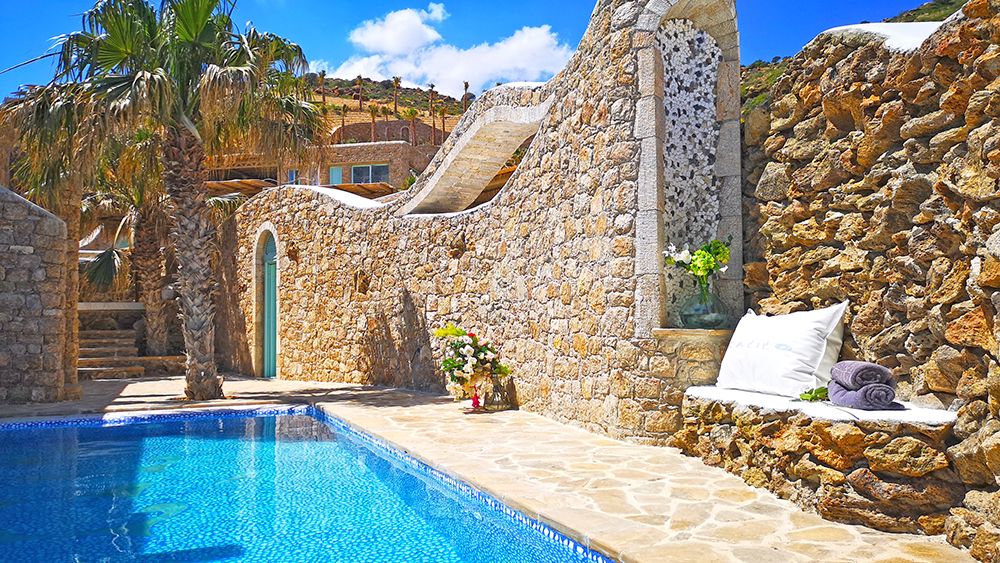 Set in a valley between two hills, just behind a pristine golden-sand beach, Calilo is almost Gaudí-esque in design, with winding stone walls that mimic the Aegean Sea’s waves and mosaic pools in bright blue and green. Inside, spaces are carved almost head to toe from striking black-and-white marble; outside, it’s more casual, with palapa daybeds and an organic garden that provides fresh produce for the Mediterranean cuisine. Most of all, there’s privacy and space—six miles of coastline, five miles of walking trails and unspoiled scenery that’s exceedingly rare in these parts. “That’s what we want,” Michalopoulos says, “to give people three or four days in a Greece they’ve never seen.”

Check out more photos of Calilo below: 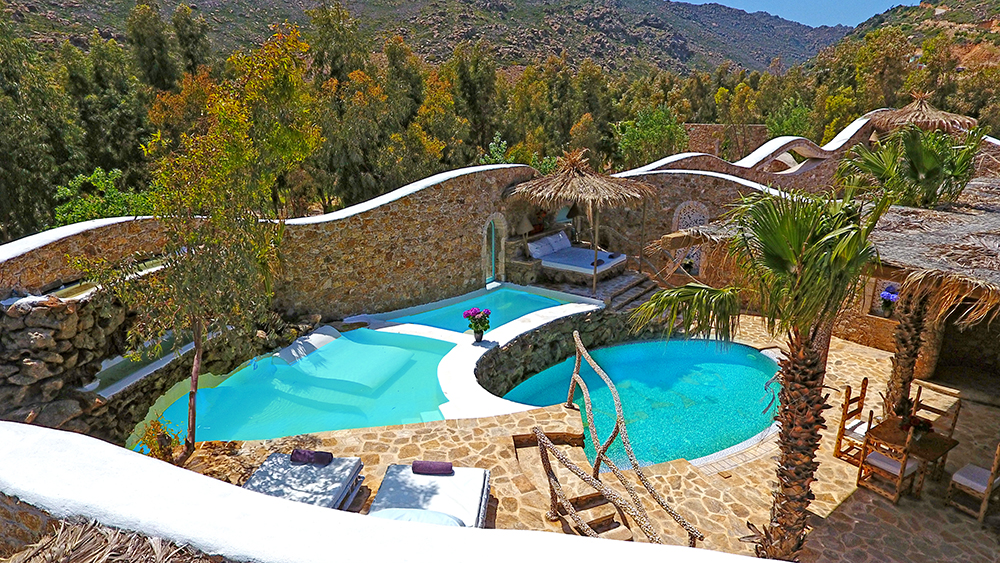 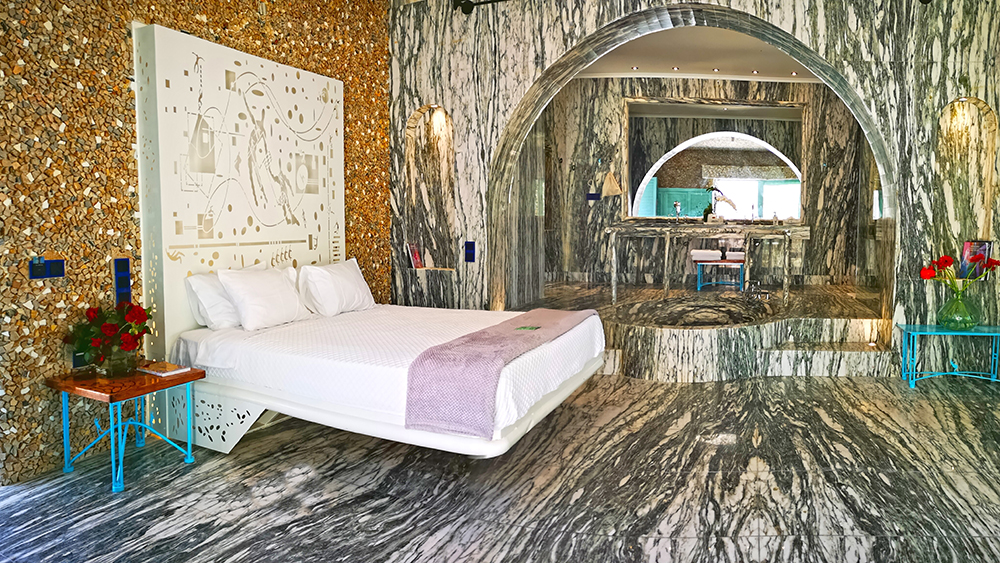 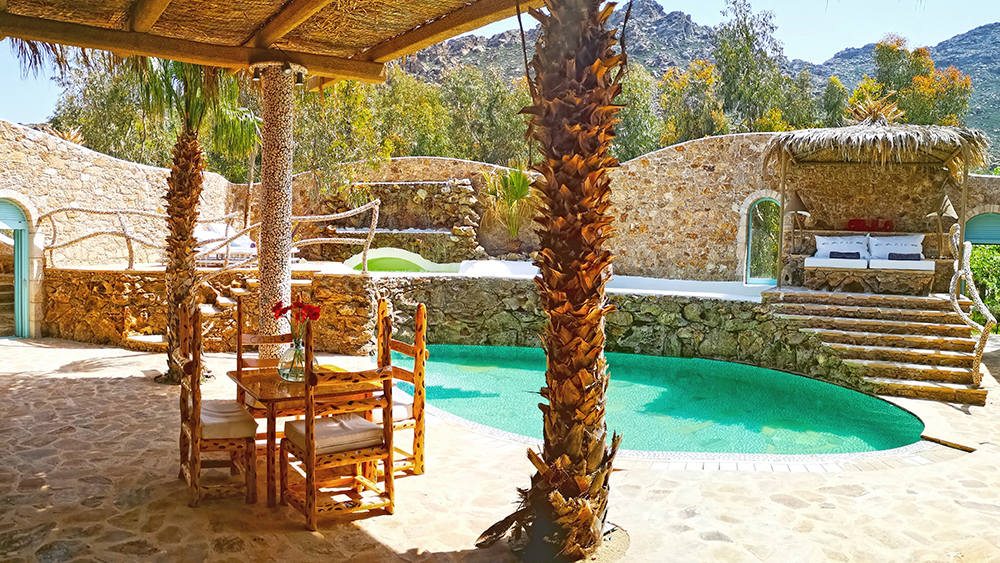