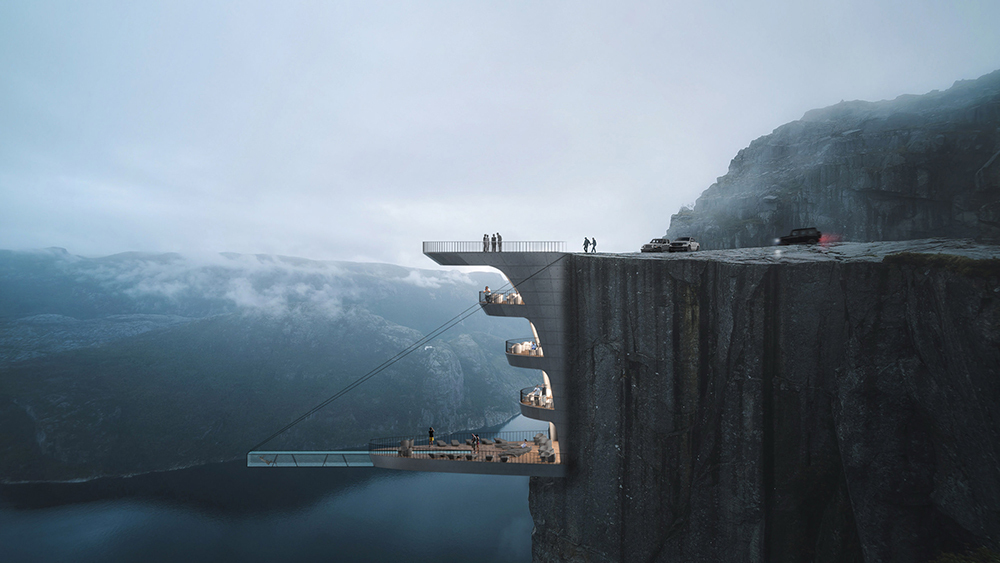 The proposed boutique hotel would be built into the popular tourist attraction Preikestolen, a cliff that rises high above the Lysefjord.

A Turkish architectural design studio has figured out a new way to take in natural beauty of Norway’s fjords—and it’s as terrifying as it is spectacular.

Istanbul-based Architectural Design Studio has dreamed up a daring proposal for a new boutique hotel that would act as an extension of a towering cliff in the Scandinavian country, reports Design Boom. The concept would be built to look like a natural outcropping of the popular tourist attraction Preikestolen, also known as the Pulpit Rock, a steep 604-metre cliff that rises high above the Lysefjord in the south of Norway.

Built directly into the rock, the hotel would consist of five levels. The top would feature the hotel’s entrance, as well as a large viewing platform from which guests can take in the natural wonder of the fjord. Below that, three floors would house guest accommodations. Each floor would have its own curving balcony offering a gorgeous panoramic view of the surrounding landscape. But it’s the bottom floor that might be the most impressive—and hair-raising—feat of the design. 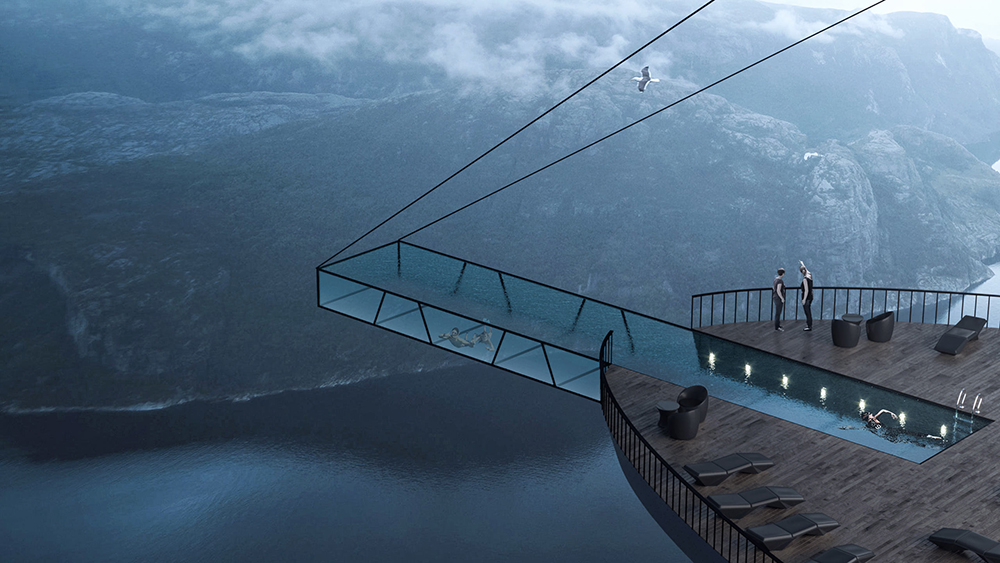 The hotel concept features a pool that extends out from the cliff, high above the water.
Hayri Atak Architectural Design Studio

Extending out further than any of the other floors, it features a large observation deck with plenty of space for seating built around a swimming pool that juts out even further. According to the Hayri Atak’s renderings, the pool would have translucent sides and floor giving swimmers the sensation they’re basically floating, or flying, out over the water far below. Its design brings to mind another recent, pulse-pounding pool concept—the world’s first infinity pool with a 360-degree view that a developer plans to build atop a 55-story building in the heart of London. 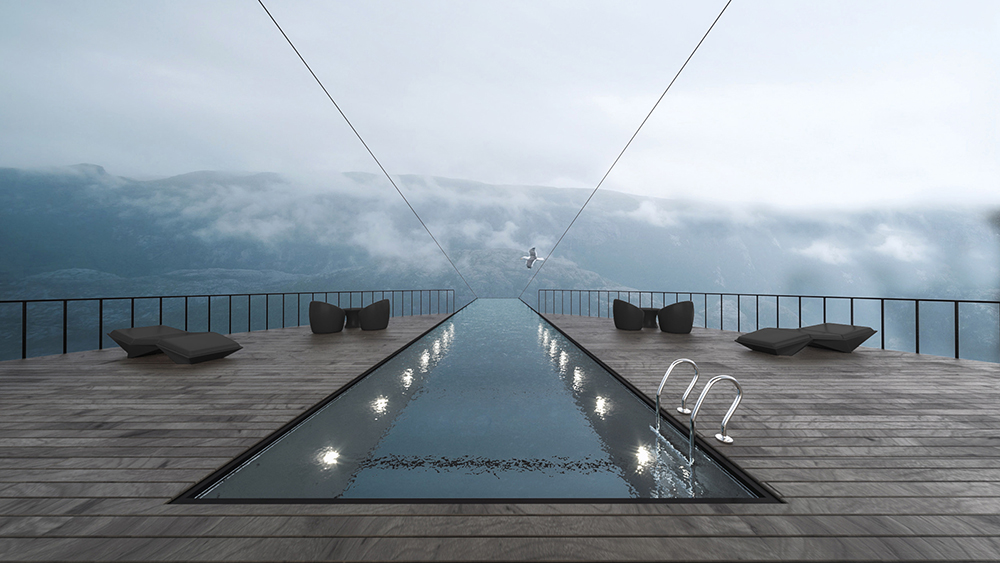 Unfortunately, or fortunately depending on how you feel about heights, there’s no telling whether Hayri Atak’s design will make it past the concept stage. At this point, there’s no word as to whether anyone is interested in turning the proposal into a reality. But we’re keeping our fingers crossed for the views alone.