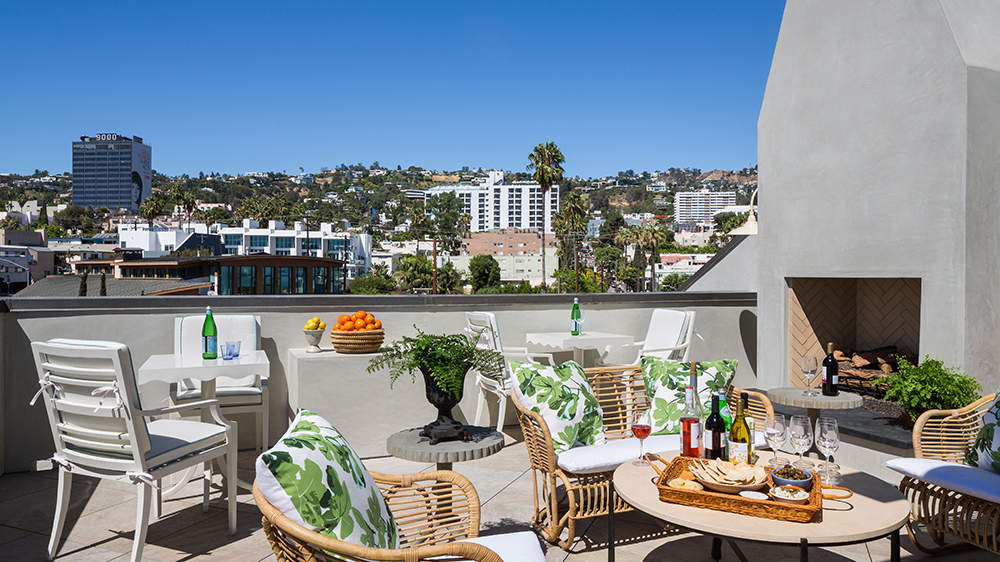 West Hollywood has become LA’s luxury hotel mecca of late, with new openings from everyone from 1 Hotels to Edition to Kimpton giving burgeoning downtown a run for its money. The latest WeHo opening, however, has remained a bit of a secret—and that’s by design. Springing from the creative mind of local developer and hotelier Jeff Klein (who also gets credit for the chic new look at Sunset Tower Hotel) is Hotel 850, an incognito retreat with no more than two dozen rooms—and guaranteed privacy for the many celebs that will no doubt be checking in.

Klein worked with architect Marc Appleton and interior designer Rita Konig to create a residential design that was inspired by one of the hotelier’s favourite Italian retreats, the Seven Rooms Villadorata in Noto, Sicily. “It was so elegant, chic, and understated,” Klein says. “I felt like a local staying there. I just loved it and thought it would be great to bring such a personal experience to Los Angeles and allow customers to truly connect with the town like I did in Noto.”

And he has succeeded. Housed in a California-style bungalow from the early 1900s, Hotel 850 is a far cry from nearby Sunset Tower. With just 23 accommodations, the property is all about intimacy and capturing the vibe of a private home. “I opened 850 because I saw a hole in the marketplace wherein authenticity in travel has become an increasingly implausible endeavor,” comments Klein. “So many hotels have become commodity-focused, which is why we are seeing Airbnb getting more and more successful. This is why I wanted to design 850, to fill the gap between the two and to appeal to a guest who likes the quality of a hotel experience—24-hour room service, housekeeping, concierge, etc.—but with the comfort and scale of a home.” 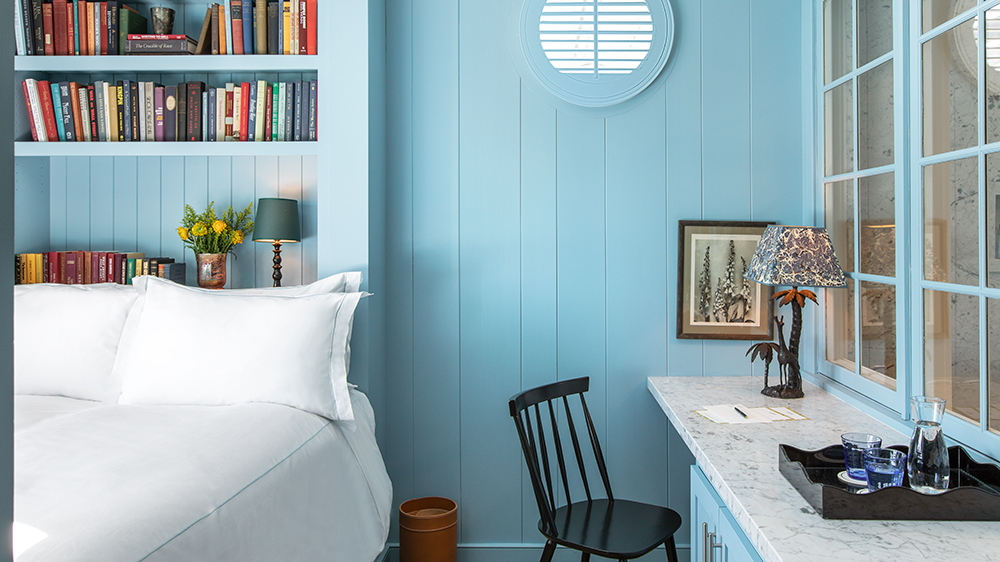 An inviting lobby lounge and separate living area serve as spaces to unwind and socialize. The communal kitchen presents a complimentary breakfast spread in the mornings and also acts as a stage for some of the area’s most celebrated chefs, preparing exclusive dinners only for hotel guests—no outsiders allowed. And in true LA fashion, there’s also a roof deck where cocktails are served with stunning sunset views. 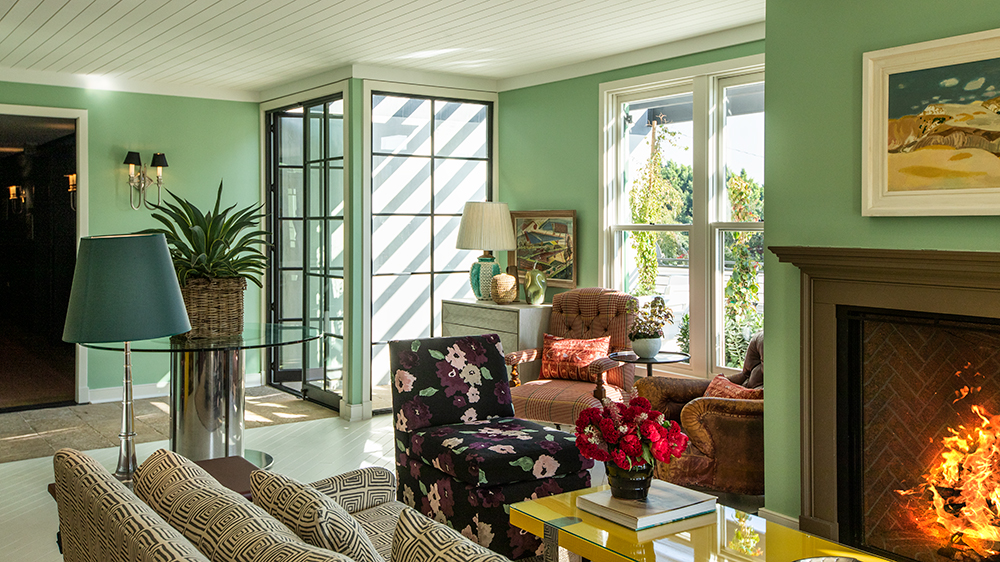 Rooms are carefully curated with oak floors, bespoke furnishings, marble sinks, steel sash windows and balconies and fireplaces in most quarters. They are, however, cozy—no sprawling penthouses to speak of—but for those who prefer more space, either the Petite Duplex or One-Bedroom Suite are the best options. The former, measuring at 38 square metres, has a seating area on the first floor and a master bedroom on the second. The latter, coming in around 70 square metres, boasts an outdoor terrace with an al fresco dining area. You’ll feel like you’re right at home,—and that’s exactly the point. 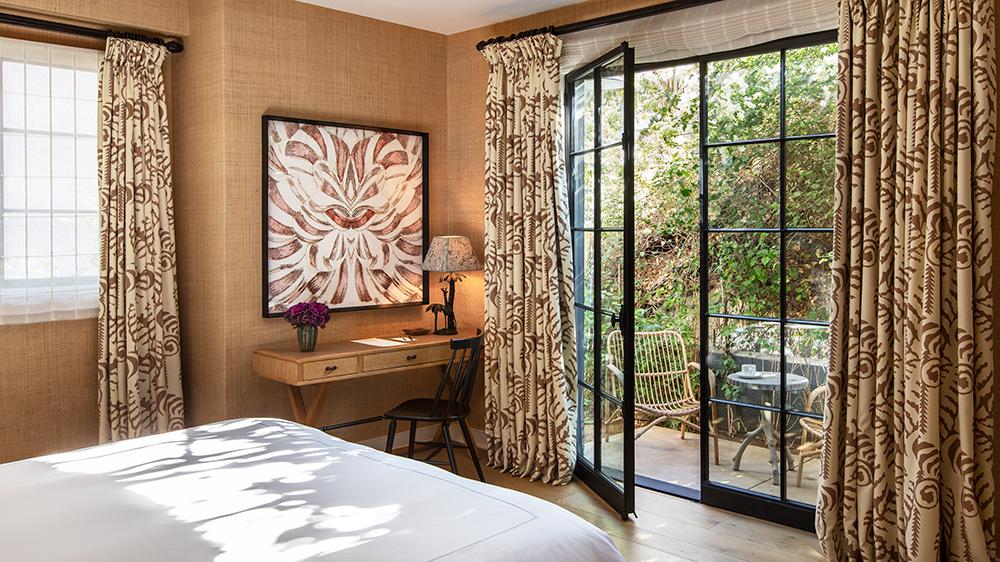 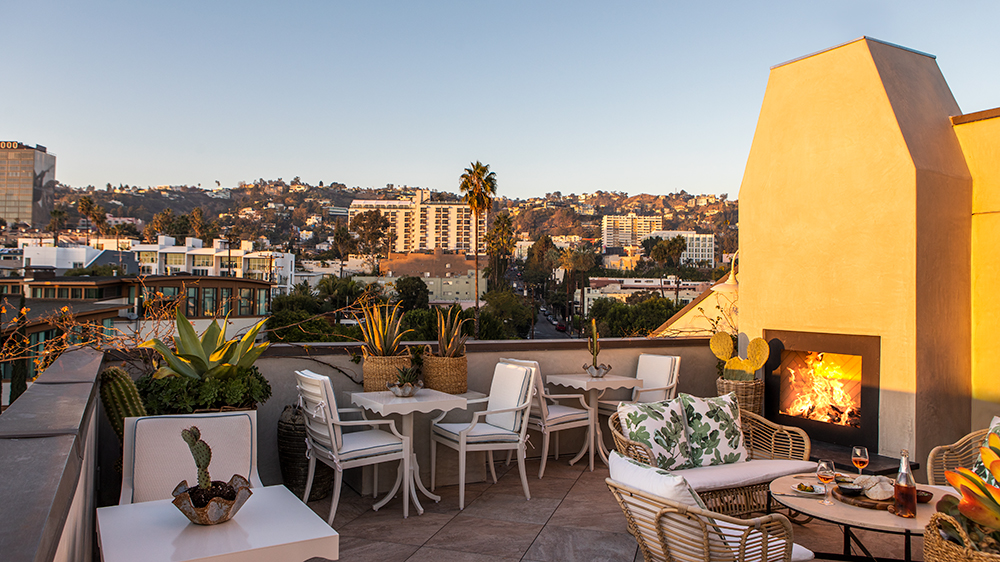