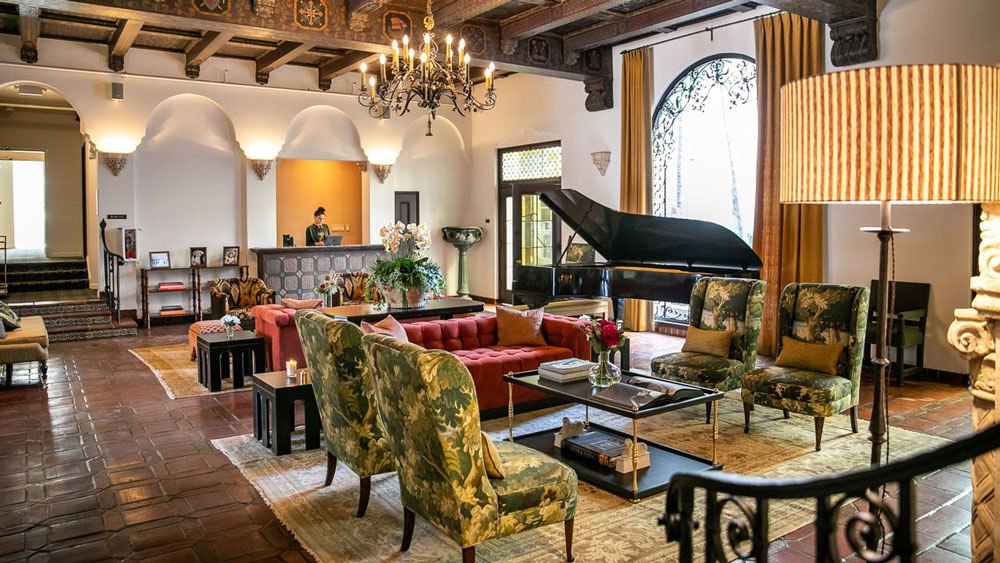 The iconic Villa Carlotta gets a second act

Once home to everyone from Marion Davies to Jim Morrison, Hollywood’s most infamous address has been reimagined as a glamorous residential hotel.

Like much of Hollywood, Villa Carlotta—a new, but also not-so-new, residential hotel—has a history that swirls with scandal. Many involve the entertainment industry’s most iconic names, some of the stories surely happened, while others are clouded so thick in rumor that they are impossible to confirm. To the uninformed visitor, the Italianate property nestled into the artsy Franklin neighborhood at the base of the Hollywood Hills is a stylish place to call home, albeit temporarily (stays are available for 30 days and up), but behind the freshly polished veneer, lies an icon of early Tinseltown grit and glamour. 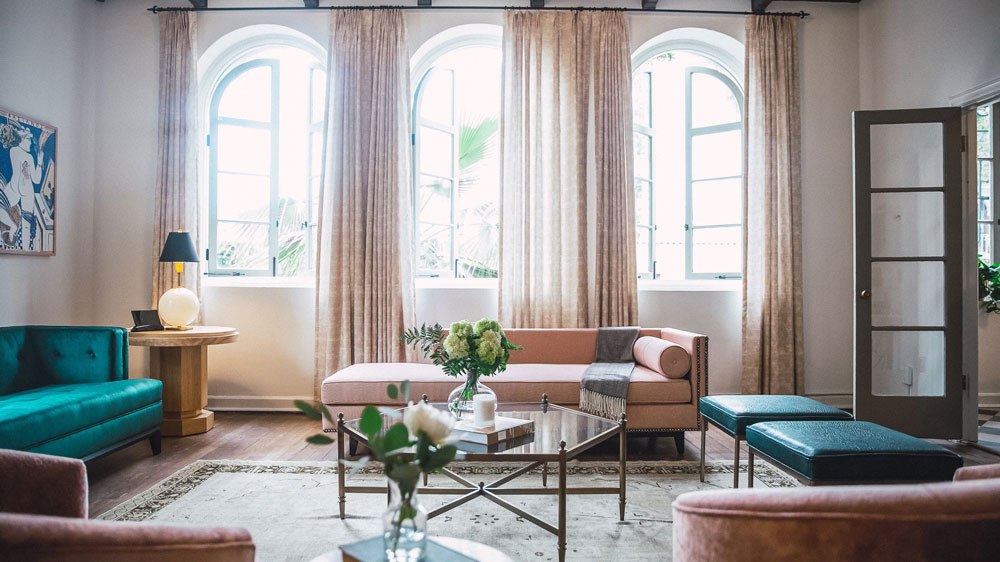 Built in 1926 for Elanor Ince by Arthur E. Harvey—who also designed the neighboring Chateau Elysee, now home to the secretive Scientology Celebrity Center—the property was rumored by to have actually been funded by William Randolph Hearst, as reported by the likes of Vanity Fair and the Hollywood Reporter. It is said that Hearst gave Ince the apartment complex as an extravagant apology for accidentally killing her husband, silent film superstar Thomas Ince, while out on the media mogul’s yacht in 1924. It is also understood that the bullet that struck Ince had actually been intended for Charlie Chaplain, who Hearst suspected was having an affair with his mistress, actress Marion Davies, who, perhaps less-than-coincidentally, later became one of the building’s first residents. 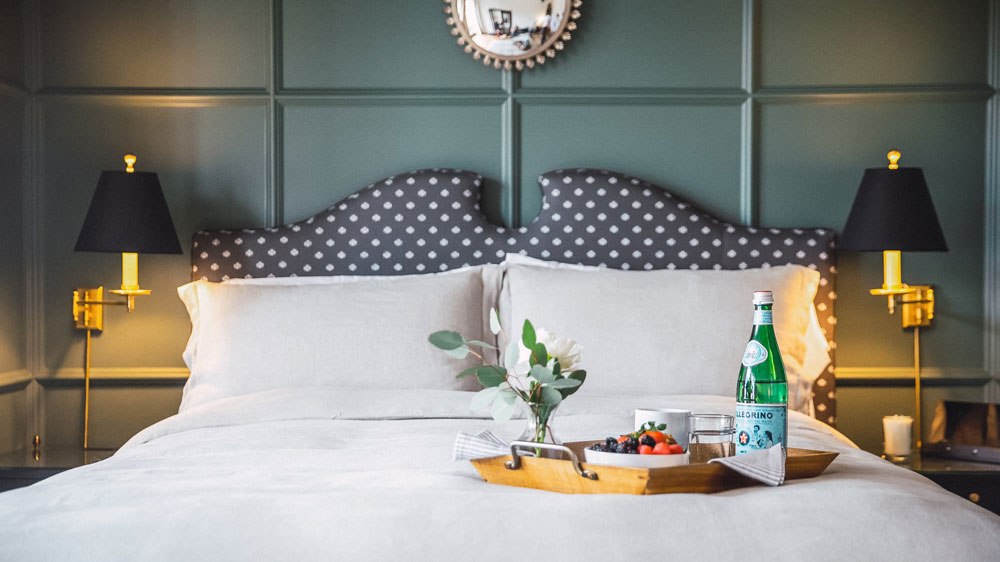 Whether any of this is true is almost impossible to firmly discern, but what is certain is that as the decades unfolded, the building became the favorite home base of those working their way up the industry’s many ladders—counting among its residents everyone from award-winning director George Cukor (My Fair Lady and A Star is Born) and producer David O. Selznick (Gone with the Wind) to rock star Jim Morrison. 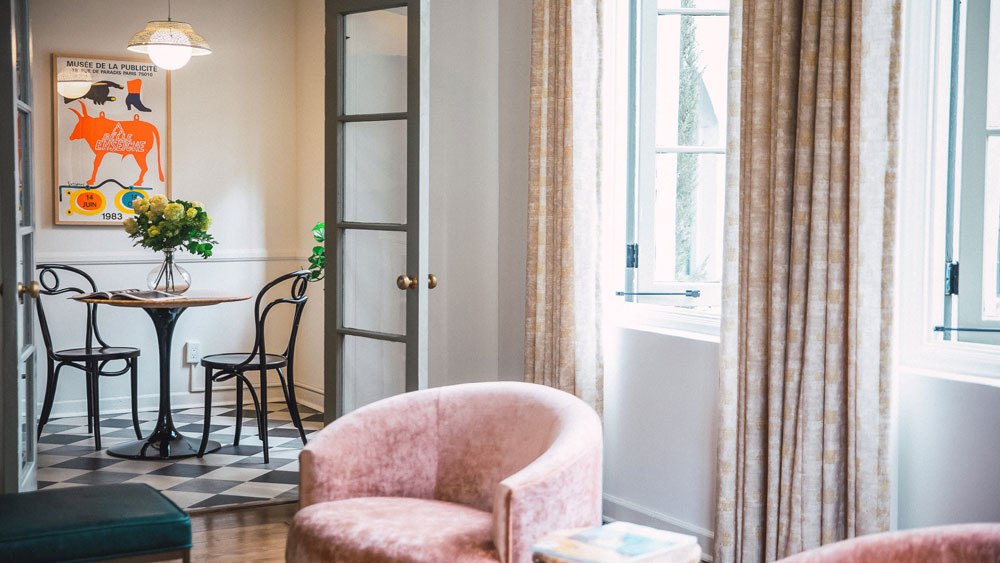 Today, Villa Carlotta’s history has been distilled to its most glamorous elements with the help of approximately AU$7.5 million refresh and restoration carried out by CGI Strategies in partnership with the Hollywood Heritage Museum and Los Angeles Office of Historic Resources. It has been transformed into a plush crash pad for a much different type of Hollywood newcomer, one who appreciates 24-hour concierge service, in-suite massages, and pantries and fridges constantly restocked with their favorites. The one-and-two bedroom apartments are all stylishly outfitted, nodding to their roots with original accents like refurbished 1920’s kitchens, authentic wood floors, exposed beams, and large French windows that let the golden Southern Californian light pour through. 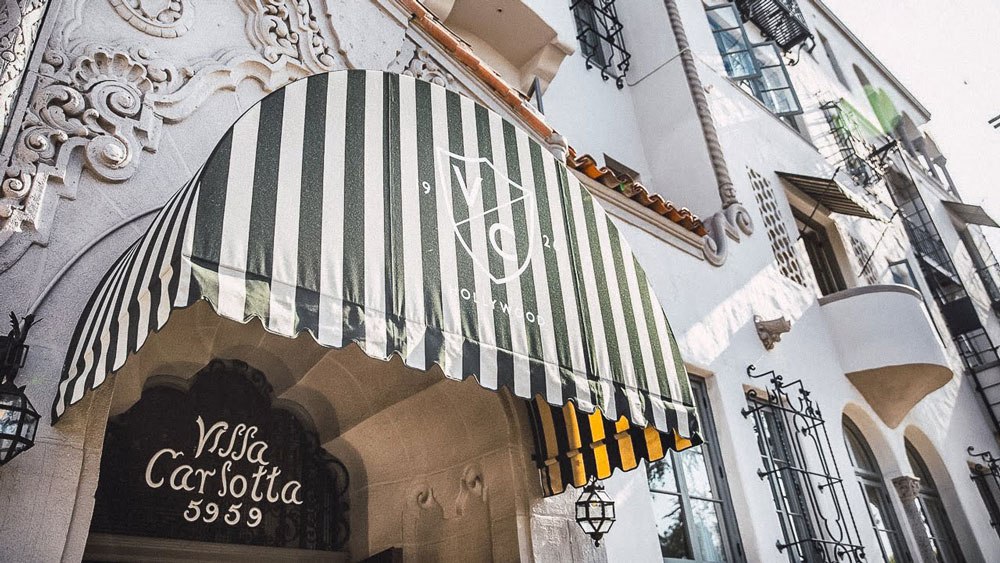 When not holed up like one of the former famous tenants inside their chicly decorated apartment, guests can mix and mingle downstairs, where the film set furniture that once decorated the lobby has been replaced with custom pieces by the likes of Christos Prevezanos. They can try their hand at the grand piano (which was a gift of a 40-year resident of Villa Carlotta), or head out to the Palm Garden, where tenants used spend hours running lines with each other or hunched over typewriters, dreaming up their next big picture. After wandering out for dinner at one of the neighborhood’s many buzzy restaurants, evenings are best wrapped up on the rooftop, where the peachy glow of the sun sinking into the pacific lights up the Hollywood sign hanging above.