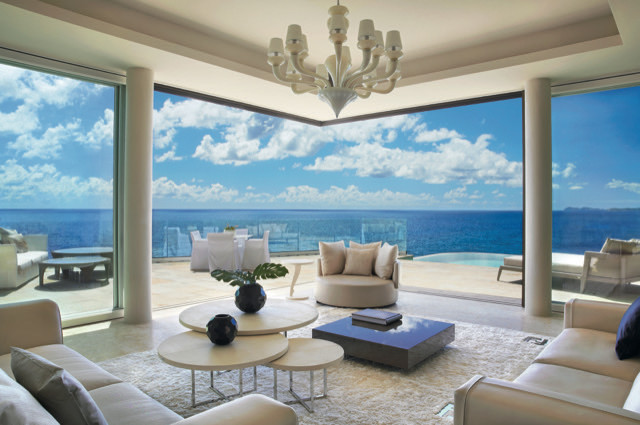 Looking for inspiration for your Caribbean holiday? From private islands to great house elegance, eco retreats to hotels with history, here are six of the best that have rebuilt and are ready for the new season.

Oil Nut Bay
Nine months before Irma hit, the UK Daily Telegraph named the Fendi-decorated penthouse Cliff Suite at Oil Nut Bay one of the world’s best, lauding its spectacular view “over five miles of cliff and rock face battered by broiling seas”, and calling its dramatic interior “a symphony of white and cream”.

Few imagined what sort of destruction would rain down on Virgin Gorda, the third largest and second most populous of the BVI. And yet Oil Nut Bay held up remarkably well. “We had built with structural integrity to Miami Dade hurricane standard from the beginning,” says owner David Johnson, who teamed up with neighbours to provide immediate relief, water, power and communications. “It was amazing what nature destroyed but in just 100 days you saw how fast it recovered, and how quickly the physical beauty came back.”

The restaurant, marina and water sports resumed early this year with villas reopening shortly after. For a country in which more than a third of the workforce is directly employed by tourism, that’s good news. 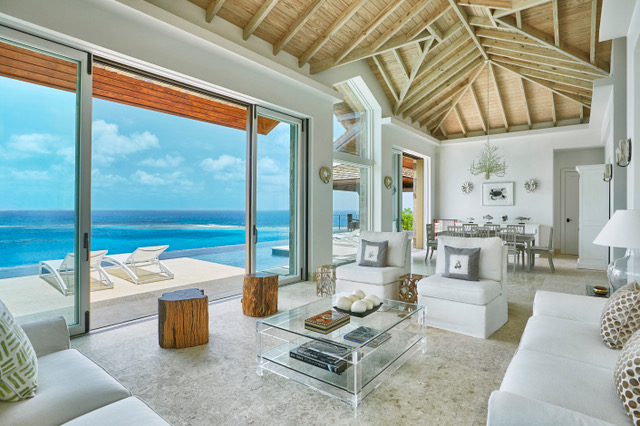 Batu Villa, Virgin Gorda
Days after Irma struck, the team behind Batu Villa – a luxurious hideaway on Virgin Gorda with just four suites – posted a photo to its Instagram account of devastation inflicted on the BVI. It urged followers to donate to help them ship supplies to residents as part of the relief effort. By February, a video post confirmed Batu Villa was open for reservations asserting that the “beautiful beaches with crystal clear blue water are amazing”. 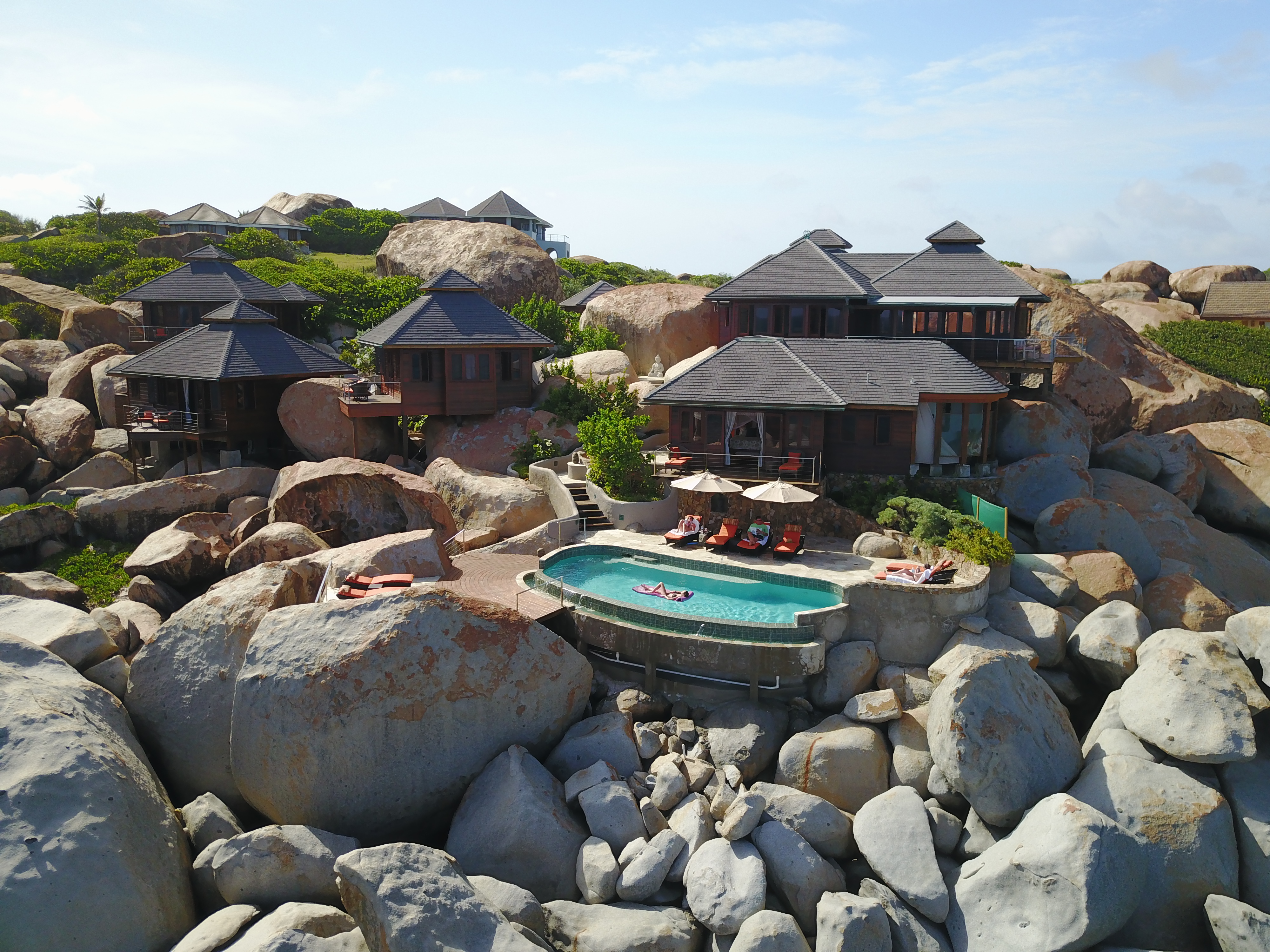 Cooper Island Beach Club
Cooper Island’s long-held reputation for serenity is well earned. Development on the island was limited to the 12-room eco-friendly Cooper Island Beach Club and a few privately owned properties, making its white sand beach and idyllic location all the more special. The resort lost many of its decks, boardwalks and docks, some buildings, and sustained “heavy damage” to its inverter room for solar power. New Year brought confirmation that its microbrewery survived Irma’s might. What has been described as one of the greenest hotels in the region reopened on schedule on 1 April. Its new season opened in October. 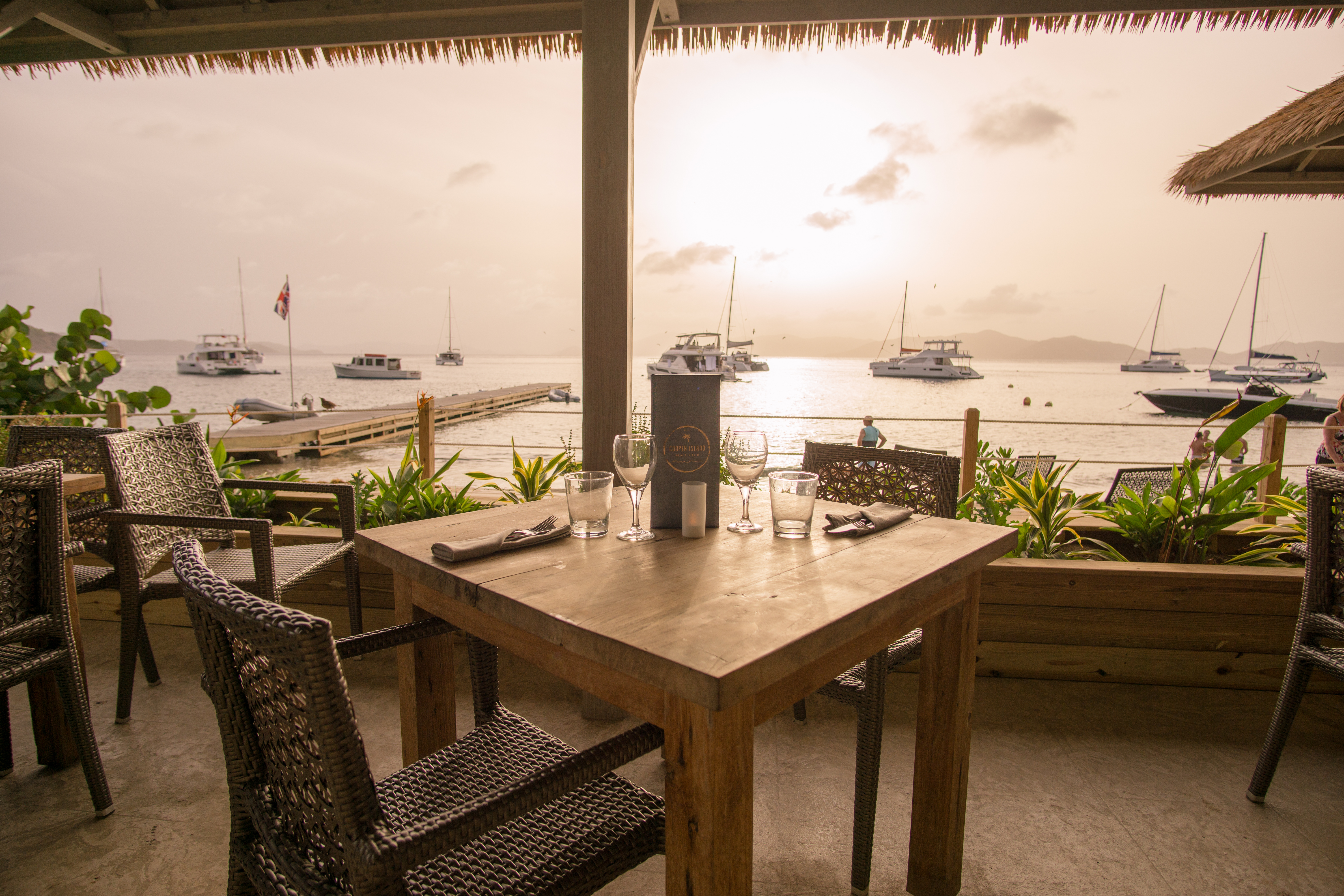 Scrub Island Resort, Spa & Marina
In the immediate wake of the devastation, the Scrub Island Resort appealed for help to support the island’s 140 employees. While Irma lashed at the 230-acre private island, the resort’s villas and Marina Village escaped major damage with “just a few cases of roof damage and broken windows”. Reopening was phased: the resort ran with a super-generator until power was reinstated in March.

Parts then arrived to repair the desalination plant meaning the resort could produce its own water and irrigate landscapes. That month almost half the resort’s inventory of 52 units were said to be in perfect condition, including their six beautiful and spacious villas. With restaurants and cocktail lounges reopened, the spa relocated, upgraded Wi-Fi throughout and a new 24-hour fitness room, Scrub Island Resort is now fully open for business. 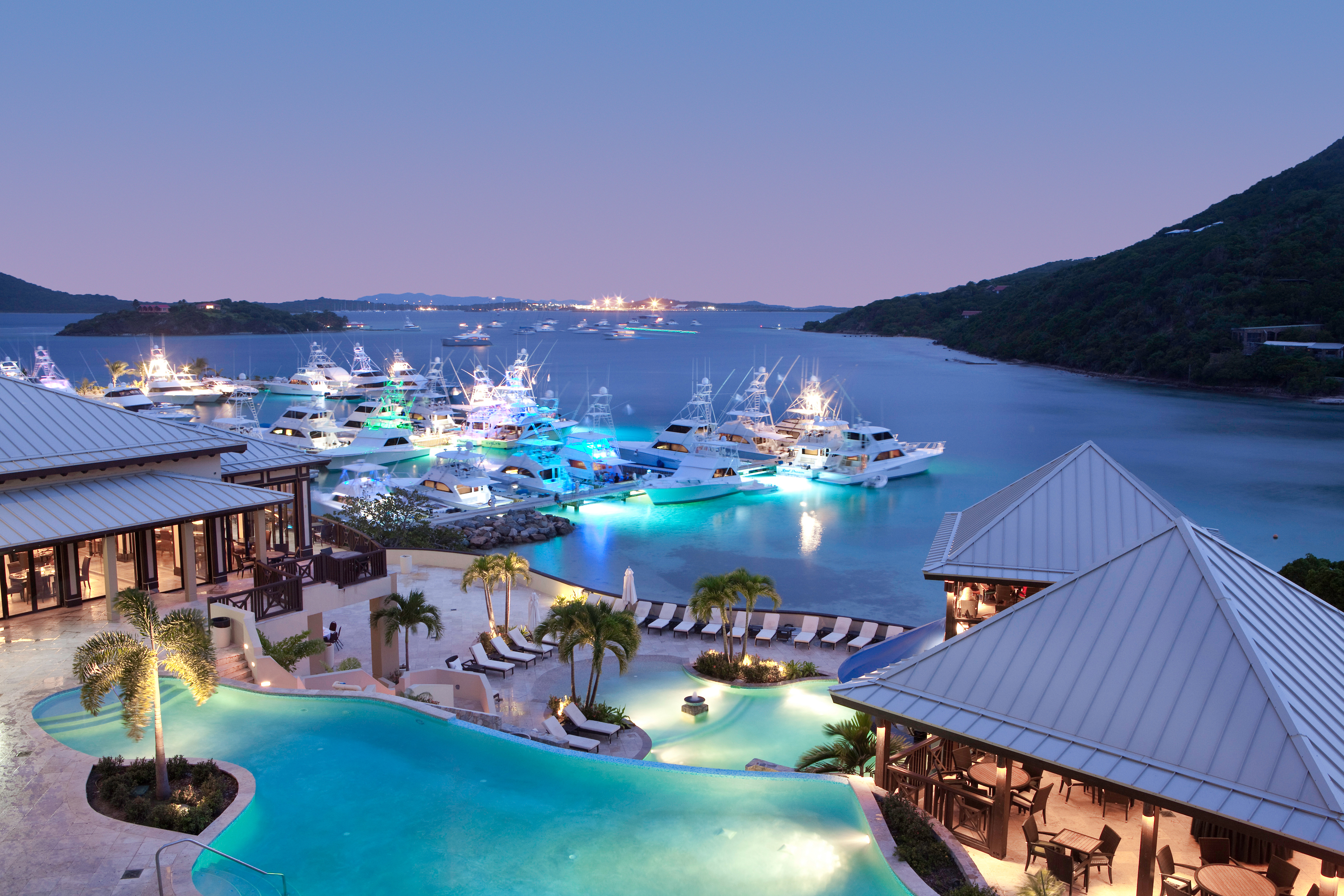 Villa Marie, Saint Barts
In August 2017, just eight months after opening, interior designer Jocelyne Sibuet’s elegant plantation house Villa Marie overlooking Flamands Beach was hit by Hurricane Irma. “It was so awful but we were lucky,” says Jocelyne. “We were less affected than other hotels because we weren’t on the beach so our damage was just from wind, not sea. My son oversaw the rebuild and spirits were good. Everyone on the island helped each other.”

The hotel was one of the first to reopen in March 2018. It has 21 bungalows, four villas, a Pure Altitude Spa and a bar with one of the best selections of rums on the island. Its Francois Plantation restaurant, with its Caribbean/French fusion, meanwhile, has become a destination in itself. 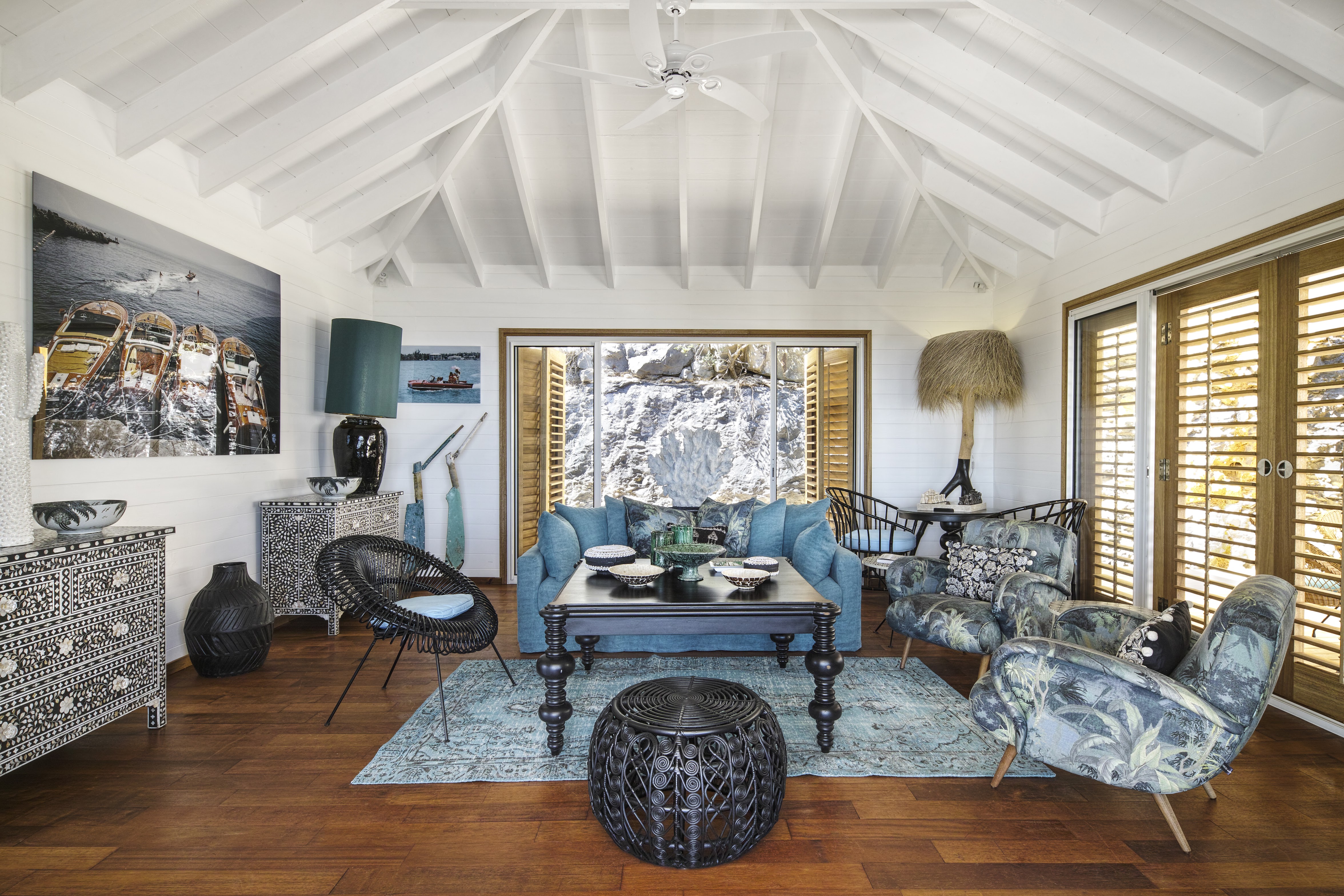 Necker Island
Sir Richard Branson was home on Necker Island when the hurricane hit – photos posted on Instagram show him playing dice with staff in a wine cellar – and he was quick to report on the destruction and damage to buildings afterwards. “We felt the full force of the strongest hurricane ever in the Atlantic Ocean. But we are very fortunate to have a strong cellar built into Necker’s Great House and were very lucky all of our teams who stayed on Island during the storm are safe and well.”

Branson, who bought the island paradise for $180,000 when he was just 28, said he had “never seen anything like this hurricane”. He and his family were quick to promote and donate to the Caribbean relief effort. Necker partially reopens this October. 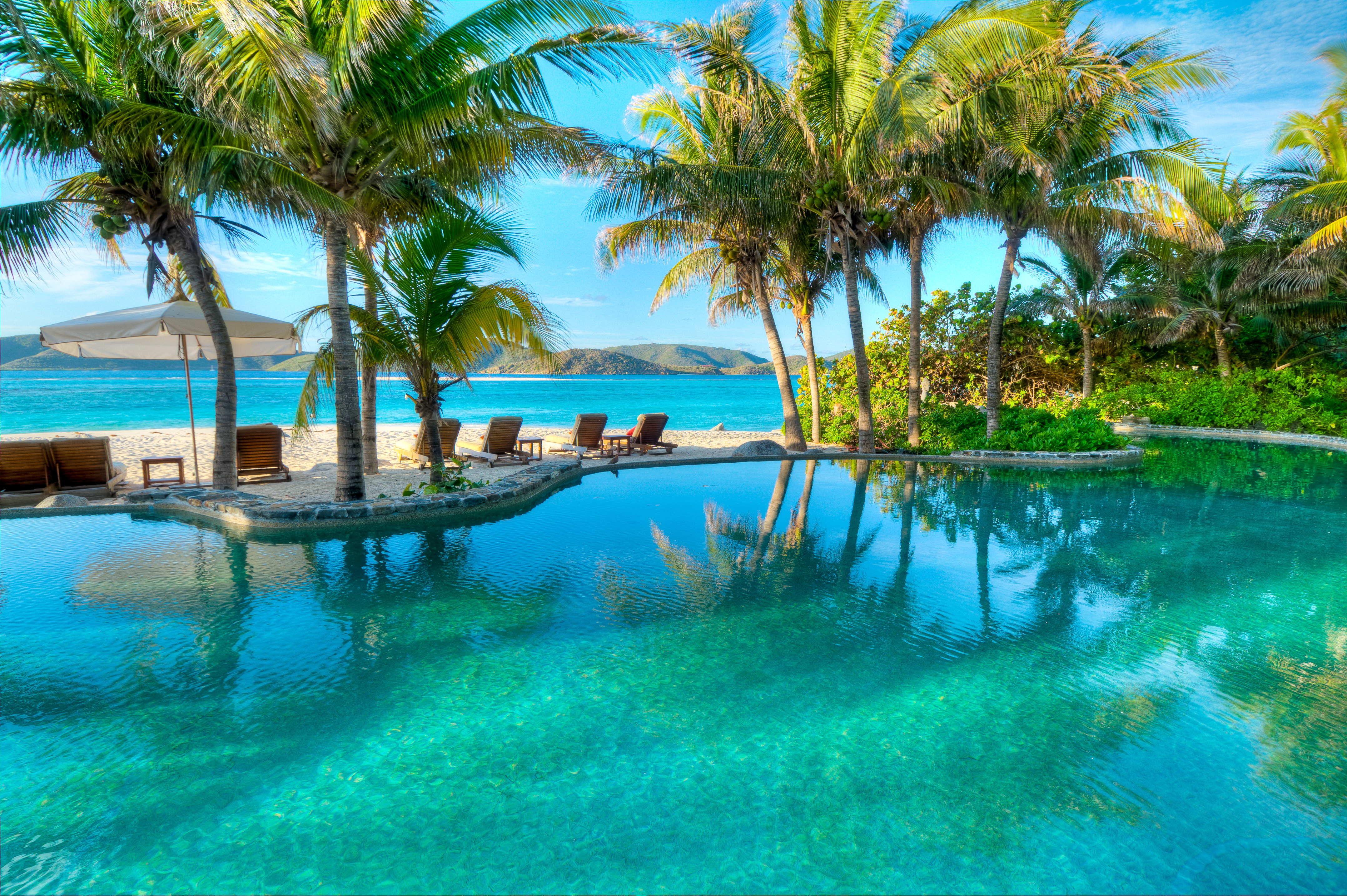