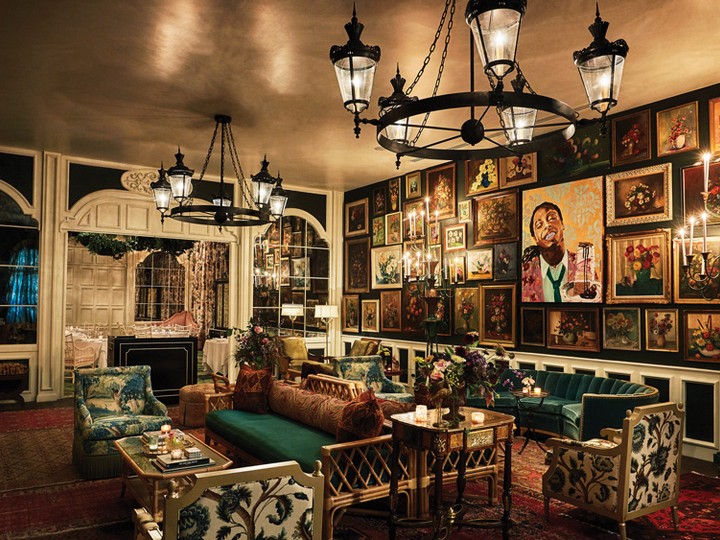 This year, some of our favourite cities around the world are firing on all cylinders.

This year, some of our favourite cities around the world are firing on all cylinders, bringing new museums, cultural events, hotels, and restaurants to their well-heeled patrons. From a beloved American city celebrating its 300th in style to an old-world stalwart that’s emerging as Europe’s next cultural capital, these are the metropolises and municipalities you’ll want to explore in 2018. Move over Miami — the Americas have a new art-world darling. This year, Buenos Aires is claiming the cultural spotlight as the first host of Art Basel Cities, a new global initiative from the giants behind the world’s biggest art fairs that will spotlight the Argentinean capital’s local arts scenes.

The multiyear partnership kicked off in November with the launch of the Art Basel Cities House, a venue set among the galleries and cafés of the chic Retiro district that will host events and workshops throughout 2018. The art cognoscenti are already marking their calendars for September, when Art Basel Cities will host a weeklong program directed by curator Cecilia Alemani of High Line Art in New York. The event will highlight more than 80 galleries across Buenos Aires, as well as emerging art and design districts like La Boca and Barracas.

Adding to the events are expansion projects throughout the city, the largest of which is a US$200 ($A255) million port improvement that aims to turn Buenos Aires into South America’s premier cruising hub. Next door, Puerto Madero is gentrifying with the Alvear Icon, a slick new hotel created by the owners of the city’s grande dame, Alvear Palace. And in Barrio Norte, the new 113-room MGallery by Sofitel is opening this summer between two 18th-century structures, embodying the city’s heady mix of old and new. The Big Easy is turning 300 this year, and it’s celebrating in appropriately big style. The Southern Creole city — which was founded in 1718 by the French-Canadian explorer Jean-Baptiste Le Moyne de Bienville — will honour its Tricentennial with a year’s worth of events, openings, and citywide improvements, from a much-needed makeover of Bourbon Street and a $100 million riverfront revitalisation to the debut of the Sazerac House, a museum devoted entirely to the locally revered cocktail.

Celebrate by checking into the recently reopened Pontchartrain Hotel, the Garden District’s circa-1927 grande dame that has been reborn as an elegant blend of old NOLA and new luxury with restored Charles Reinike murals and antique furnishings. The local culinary scene is heating up, too, with Top Chef Nina Compton’s Caribbean-eclectic Compère Lapin and James Beard Award finalist Isaac Toups’s Cajun-fusion Toups South leading a smart revival in elevated dining. And keeping the tricentennial party going well into the future are two major developments: The Louis Armstrong International Airport’s US$917 million ($A1.1 billion) César Pelli–designed terminal and, across town, a Four Seasons hotel and residences that will revitalise the city’s former World Trade Center complex. This year, Mexico City becomes the first destination in the Americas to be named the World Design Capital. The honour is not to be taken lightly: The yearlong event will not only draw world-class exhibitions and innovators, but will also cement the Mexican capital’s standing as a mecca for the arts.

The 2018 program will focus on socially responsible design, with an emphasis on creating more livable, international cities. Utterly international — if not always livable — Mexico City has given the design faithful plenty to hold dear in the last few years, with contemporary museums like the avant-garde Museo Jumex and fairs like Zona Maco adding to the long-revered local scene established by such institutions as Casa Luis Barragán and Casa Azul. Design is also part of the package at hotels like Las Alcobas Mexico City — a Yabu Pushelberg creation that will debut a host of renovations later this year — and Hotel Habita (hotelhabita.com), a sleek boutique in upscale Polanco. Even the culinary scene comes with a touch of the inventive, whether it’s “living mole” at Enrique Olvera’s recent revival of Pujol or mezcal cocktails topped with ants at Fifty Mils, the new speakeasy-style bar at the Four Seasons Hotel Mexico City. Is there ever a quiet moment in Shanghai? China’s fabulously frenetic metropolis seems to be in a perpetual state of advancement, and this year it’s firing on all cylinders. From the leafy boulevards of the French Concession to the towering skyscrapers of Pudong, it seems every corner of this captivating city has something new for travellers. Canada was the talk of the travel scene last year, when the country honored its 150th anniversary with 365 days of celebrations from coast to coast. But in Toronto, the party is just getting started. This spring, the Ontario capital’s well-established cultural scene will expand anew with the opening of the Museum of Contemporary Art Toronto Canada, a 5,100-square-metre institution set within a long-abandoned industrial building in the burgeoning Junction Triangle. Phase one of the city’s ambitious Bentway — an urban-park project combining art and exhibition space across seven neighbourhoods — is also slated for completion this year. And come September, when T-Dot is flooded with celebs and cinephiles for the annual Toronto International Film Festival, three new hotels will be open for business: the 44-story Bisha Hotel, with its glamorous design and rooftop pool; the sprawling Hotel X (hotelxtoronto.com), an “urban resort” leading downtown’s lakefront expansion; and the Kimpton Hotel Toronto, set in the heart of upscale Yorkville. Forget about edgy Berlin and beer-loving Munich — Hamburg is the German city to see in 2018. For evidence that this northern port city is on the rise, look no further than the Elbphilharmonie, the striking Herzog & de Meuron–designed concert hall that opened last year on the Elbe River. After countless delays and controversial budget increases, the sail-shaped venue is finally making good on its promise to put Hamburg on Europe’s modern cultural map, presenting dozens of sold-out performances in the months since it opened.

But the Elphi, as locals refer to it, isn’t Hamburg’s only modern marvel. The late Zaha Hadid designed the city’s newly completed River Promenade, a rippling walkway that winds along the Elbe, connecting many of the city’s restaurants, shops, and cultural attractions. Just north along the sparkling Alster Lake, the Fontenay Hamburg — scheduled to open this month — is being heralded as Germany’s most anticipated hotel debut in recent memory, for both its spellbinding architecture and its top-notch amenities, including a 1,000-square-metre La Mer spa and a restaurant by the Michelin-starred chef Cornelius Speinle. Also new to the hotel scene, the Sir Nikolai opened in June, bringing a stylish vibe of its own — think bohemian chandeliers and Art Deco bar carts — to one of the city’s oldest canals. Marrakech doesn’t need a Bilbao effect — but it might get one anyway. The Moroccan city, which was already a hit for its enchanting medina and colorful Jardin Majorelle, welcomed in October the Musée Yves Saint Laurent Marrakech, a 3,995-square-metre museum devoted entirely to the work of the fashion icon for whom it’s named. Located just a few steps from the Majorelle — Saint Laurent’s former estate that recently renovated its Berber Museum and Villa Oasis (the residence he shared with his partner in life and business, Pierre Bergé) — the ochre-coloured institution showcases thousands of sketches and couture designs. The new museum is sure to send the fashion set flocking to Marrakech, where they will have no shortage of places to stay, including the new Oberoi, Marrakech, slated for a spring debut, and the forthcoming Grace Marrakech.