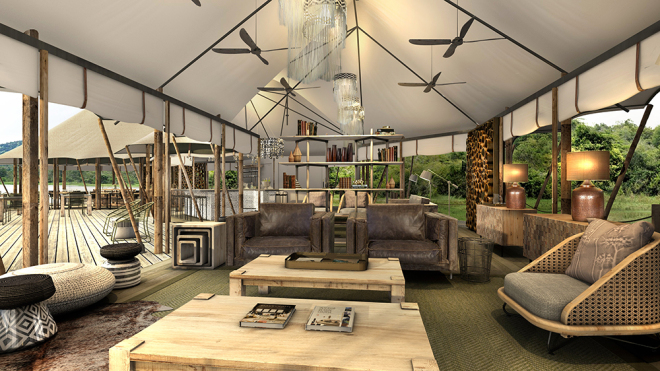 When you think of going on safari, Tanzania, South Africa, and Kenya likely pop to mind first. And while Rwanda is most typically associated with gorilla trekking, it’s a lesser known fact that the country has serious Big Five game viewing, too. And now there’s finally a stylish new safari lodge that will help you see the country in a whole new way. 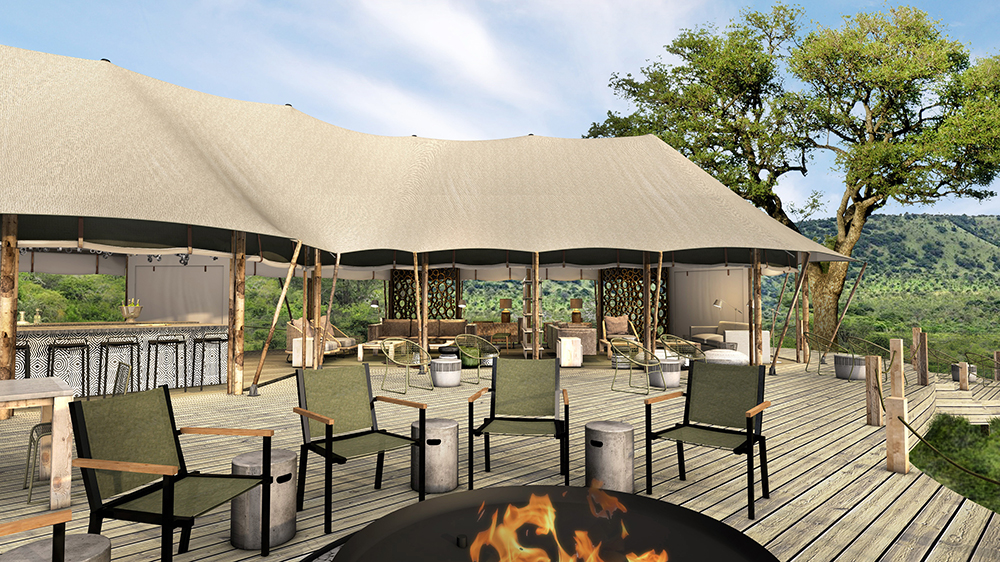 Set within the northeastern corner of Akagera National Park, the only destination in Rwanda home to the Big Five, Magashi Camp is one of only four lodging options in the entire protected area—and it’s by far the most luxurious. Operated by Wilderness Safaris, the same masterminds behind Rwanda’s stunning Bisate Lodge near Volcanoes National Park, the intimate camp is comprised of six spacious tents and overlooks Lake Rwanyakazinga. The communal area includes an inviting lounge, dining space, bar, pool and an expansive viewing deck complete with a fire pit perfect for social gatherings. Throughout these spaces are nods to Rwandan culture in design, utilizing traditional textiles and craftsmanship. In the main room, decorative screens are made from locally sourced bamboo while woven wall hangings in the suites were inspired by the geometric patterns depicted in imigongo art. You’ll also find handwoven baskets, local pottery, and kitenge fabrics on site. 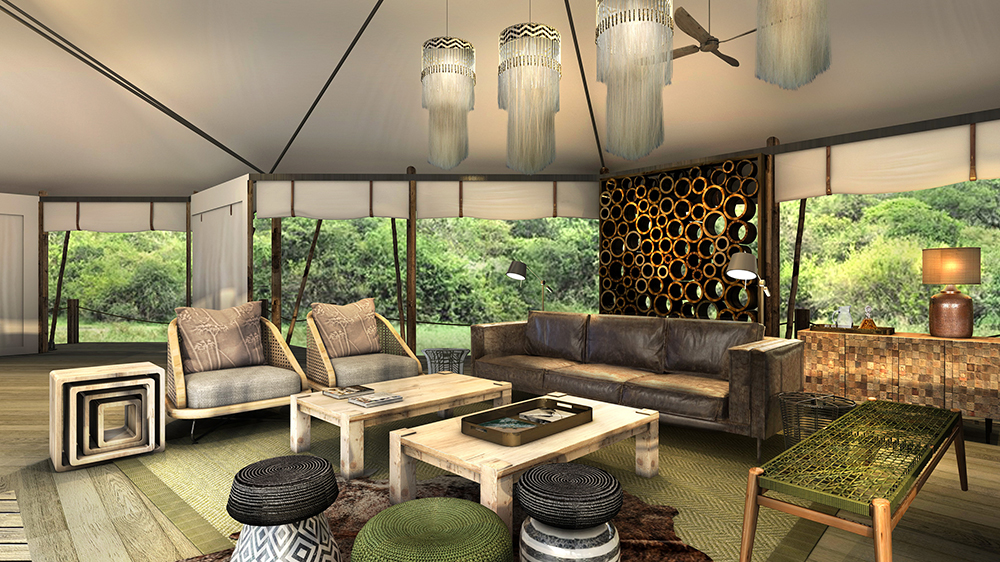 Of course, your stay at Magashi isn’t just about your fabulous digs—it’s about keeping your eyes peeled for lions, leopards, cheetahs and rare wildlife like the sitatunga, an antelope with artistic white strips drawn on its back. To make sure that its new camp doesn’t disturb all of this rare wildlife (or harm the plant), Wilderness has ensured that Magashi is completely solar-powered and free of single-use plastic. It has also removed any invasive plant species and monitors local endangered wildlife, including the elusive and critically-endangered eastern black rhino, of which there are only about 5000 left in the world. While such experiences are unequivocally thrilling, they’re also incredibly eye-opening, and a great reminder that how we choose to travel can play a significant role in preserving the places we’re so eager to see.