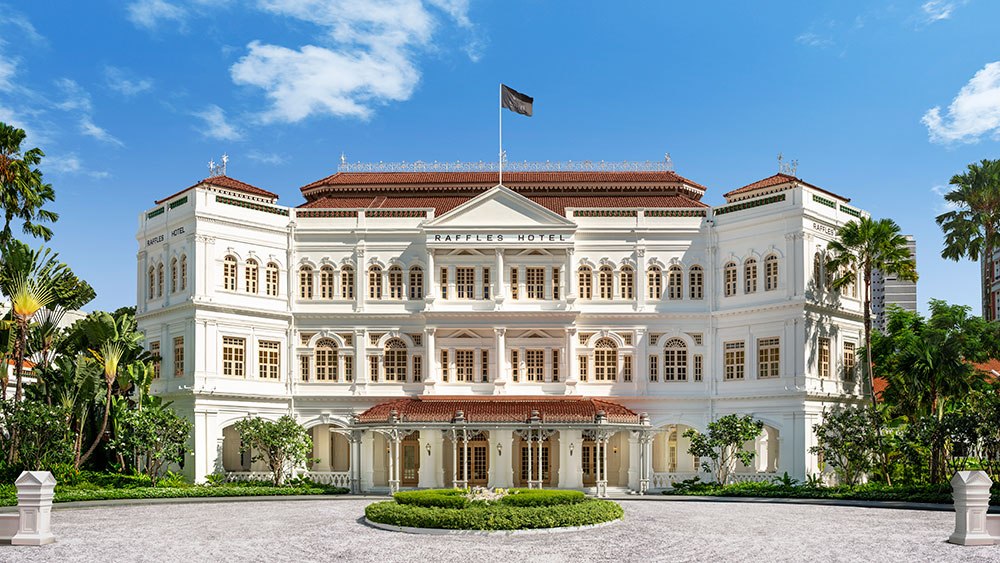 Raffles, Singapore’s Most Iconic Hotel, Re-Opens After a Two-Year Renovation

The 19th-century landmark has been upgraded to feature new designer suites, an expanded butler program, and Michelin-starred chefs.

From Rudyard Kipling, Charlie Chaplin and Elizabeth Taylor to William and Kate and the cast of Crazy Rich Asians, they’ve all experienced Singapore’s most iconic hotel. Originally opened in 1887, on what was then beachfront property (but is now, after several decades of land reclamation work, in the heart of downtown), Raffles Singapore is not just a landmarked symbol of the city, but also the flagship of the Raffles brand, and the epitome of a grand dame hotel. 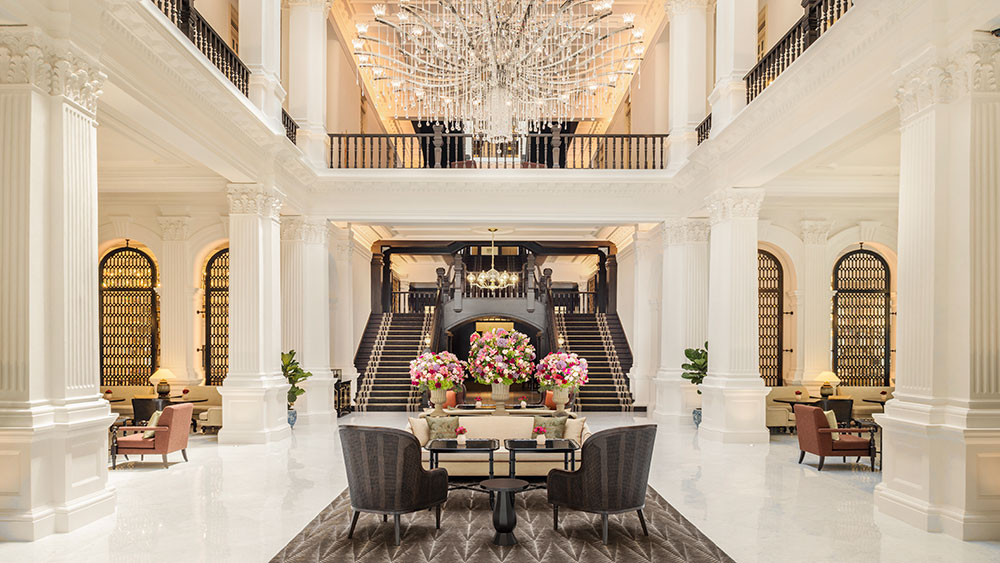 For many years, it was also one of the most cutting-edge hotels around; it was the first in Singapore to have electric lights, for example, and the first to have French chefs, and to offer butler service. So when it was starting to feel a little tired, the owner and brand made the choice to close the hotel for nearly two years for a complete re-do of everything from the suites to the restaurant concepts and the retail arcade tenants. On Thursday, what’s been going on behind the scaffolding will finally be revealed, to the delight of locals and longtime guests alike. 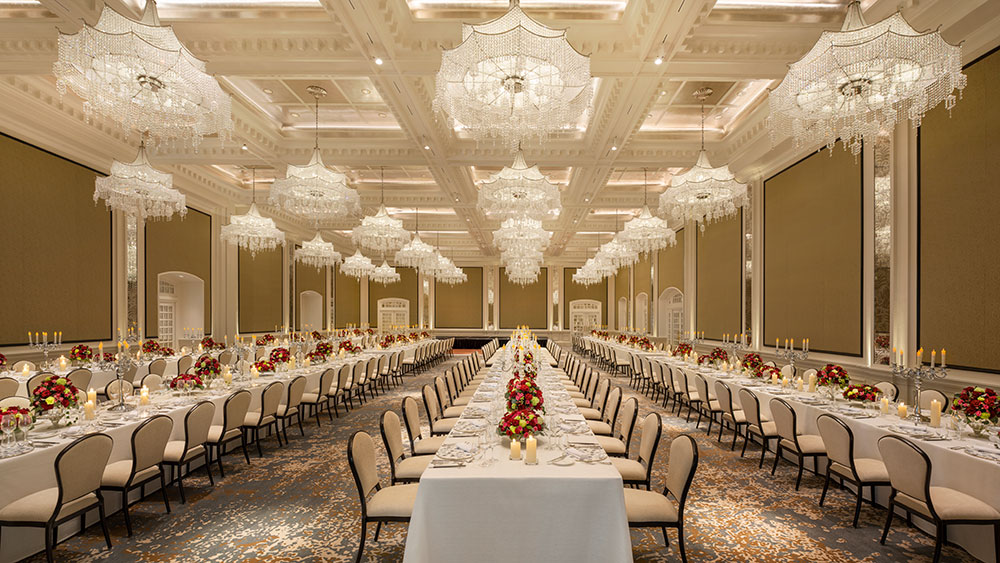 Because of the building’s national monument status, the team overseeing the physical renovations—noted international design studio Champalimaud and global architecture and design firm Aedas—had to work within preservation restrictions. But that didn’t stop the project from being extremely thorough: Floorboards were removed, restored, and soundproofed; the ballroom was expanded and upgraded; the lobby was re-imagined (and topped with spectacular custom chandeliers); and all 115 suites have been re-designed to feel brighter, fresher, and reflect a more modern Asian sensibility. (Standout amenities include a custom-crafted trunk-style mini bar with complimentary snacks, bespoke bath products from London-based perfume house Ormond Jayne, and truly efficient iPad-based in-room tech.)

Long the core of the hotel’s signature service, the butler program has been expanded, too: In place of a traditional front desk, each room’s dedicated butler now serves as your point of contact for everything from check-in and check-out (both performed in-suite) and creating personalized itineraries to serving you a pot of tea on the teak !

Another distinctive element of the Raffles Singapore is that it has managed to remain an idyllic urban resort—complete with pool, tropical gardens, and a full square city block of grounds—as the skyscrapers have grown around it. Like a resort, it offers plenty of on-site attractions. There’s a new seven-room spa, a bocce lawn, and upgraded afternoon tea served in the lobby lounge. The 10 food and beverage options include a new Long Bar (the original was the birthplace of the Singapore Sling cocktail over a century ago), the Writers Bar for literary-inspired cocktails, and exclusive restaurants from celebrity chefs Alain Ducasse (who has envisioned a new Mediterranean concept for the hotel), Anne-Sophie Pic (making her Asian debut with the impeccable La Dame de Pic), and Jereme Leung (who’s coming home to Singapore after his international success.) And the expansive Retail Arcade now features a selection of brands hand-picked by the hotel to reflect its ethos (think names like Rimowa, Minotti, and Leica), as well as unexpected tenants like an upscale co-working space—a true reflection of today’s Singapore. Rates start at $869 per night. 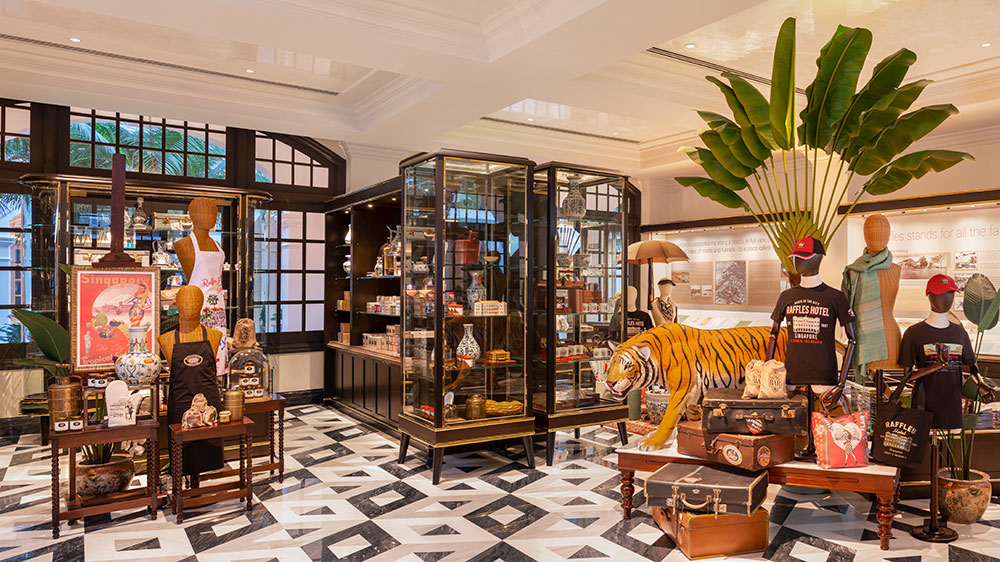 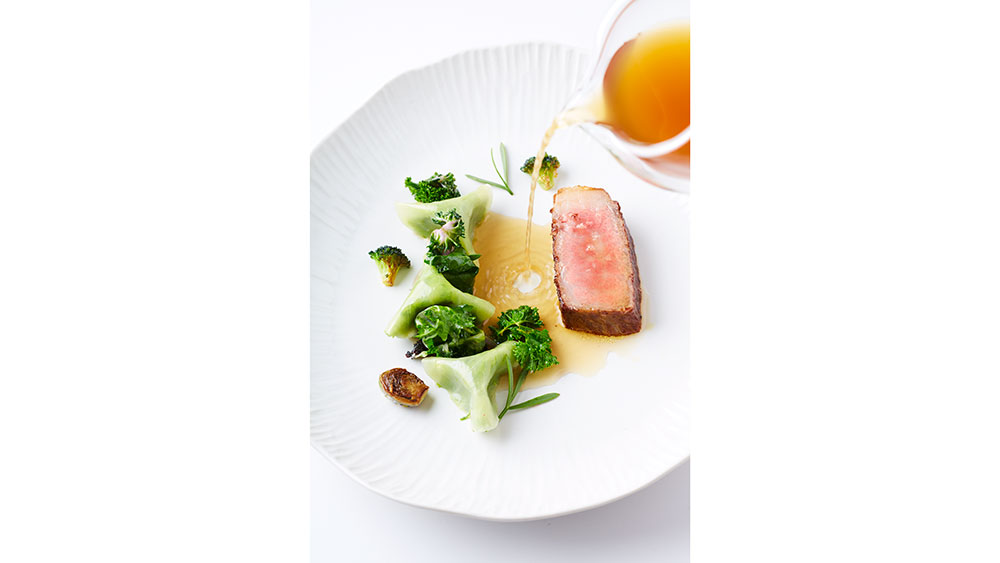 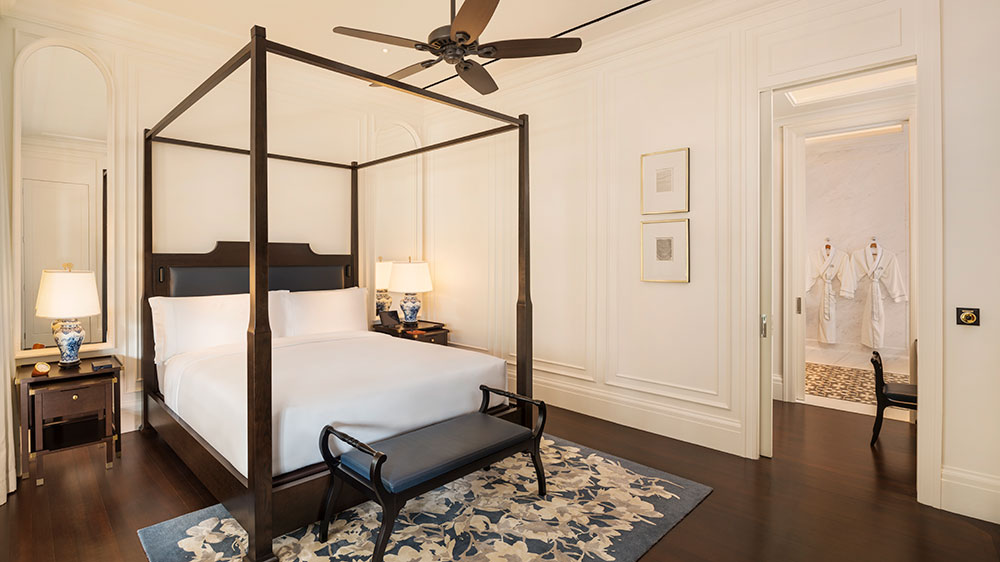 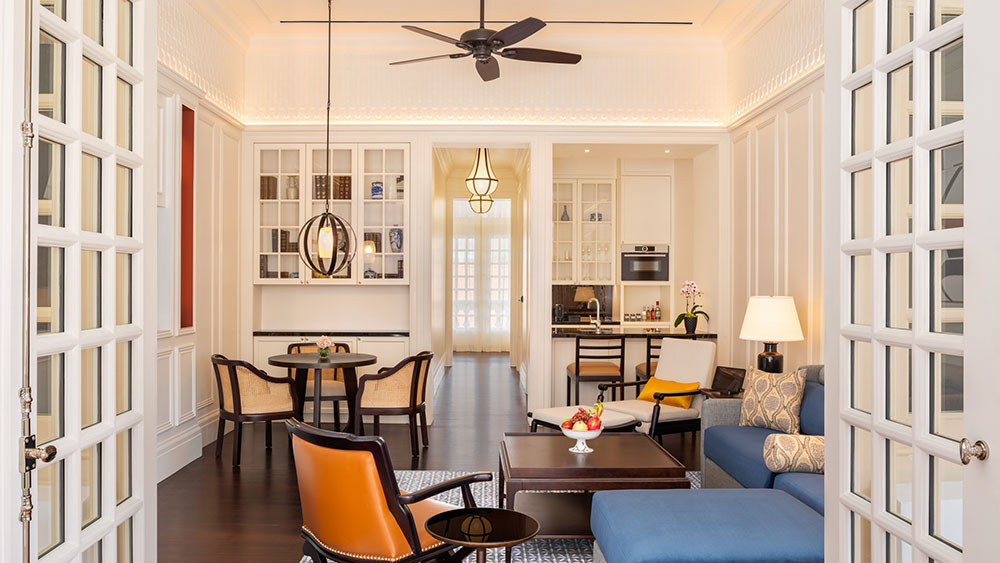 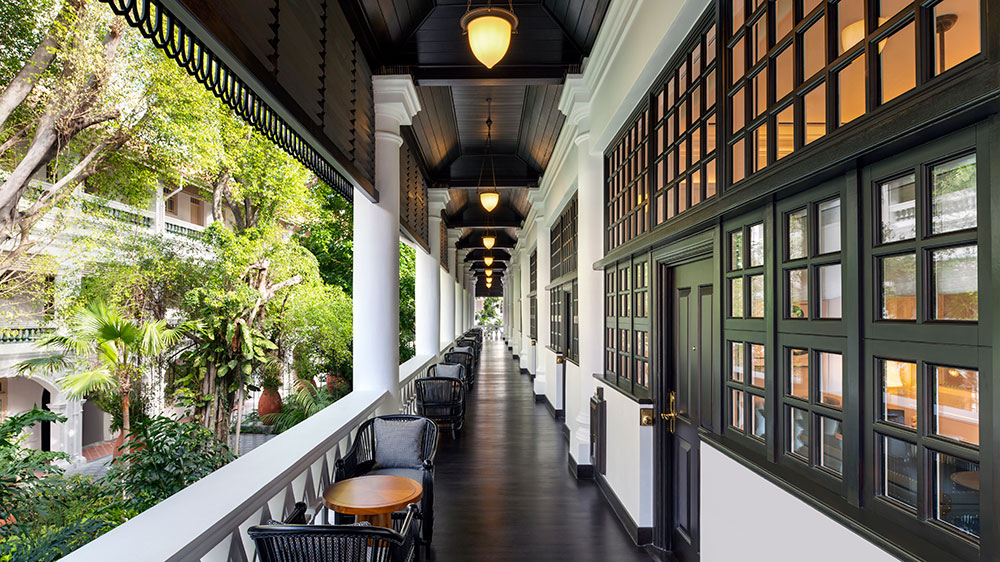