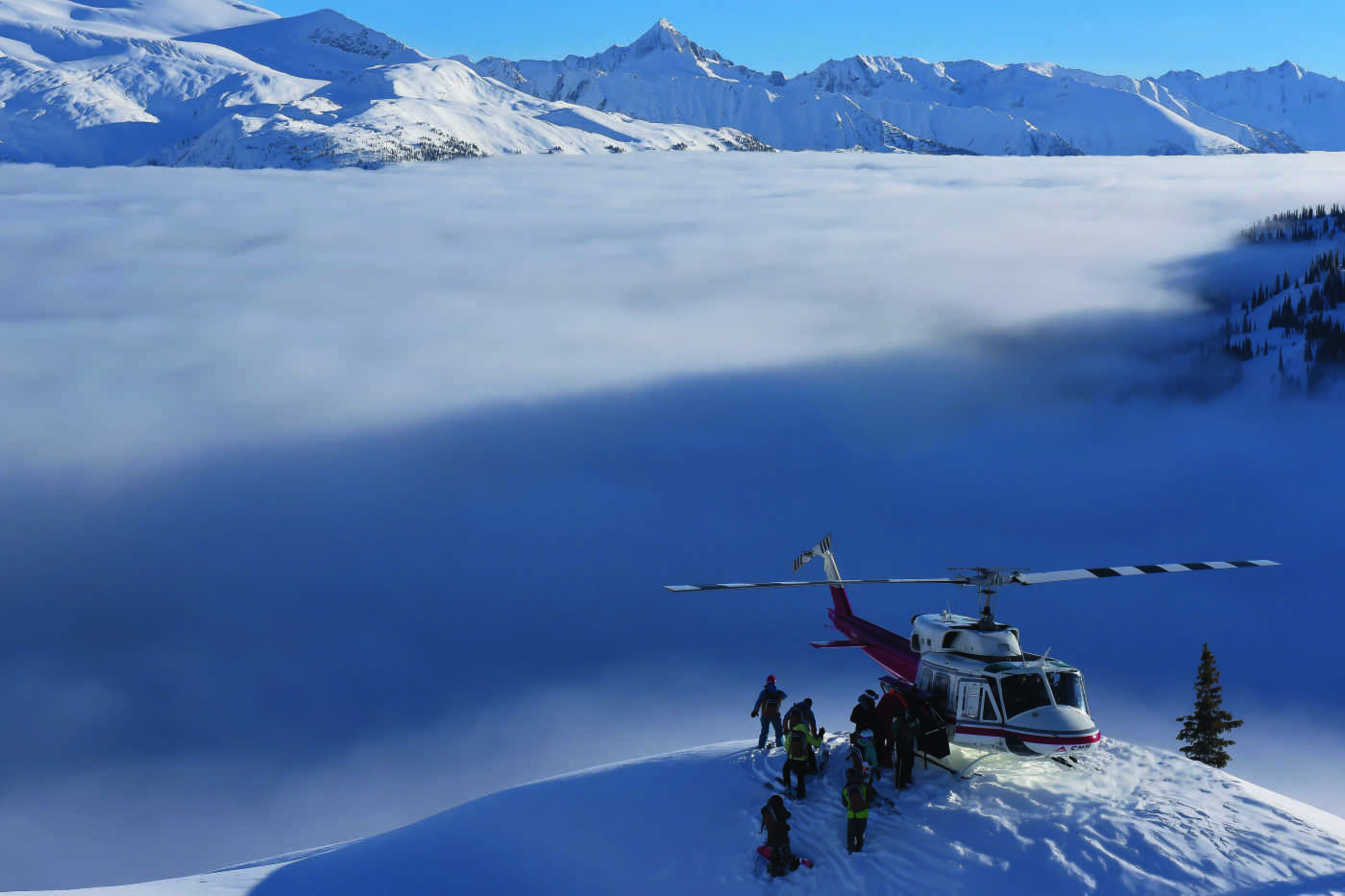 Powder For The People: How To Go Heli-Skiing

Intimidated by the thought of heli-skiing? It’s not as scary as its formidable reputation suggests.

The image is always that of fearless, hard-core ski pioneers hurling themselves off 50-degree cliffs onto spines of steep snow in Alaska and hoping they survive. But here’s the thing: heli-skiing isn’t entirely as heroic as it appears. The truth is, if you are a strong intermediate skier, there is a heli-skiing lodge for you. Not that your friends who do heli-ski want you to know that – lest you lose the awe you’ve been bestowing on them.

The mountains of Canada’s British Columbia are dotted with multi-day heli-ski lodges catering to all levels of skier – from beginner powder-skiers keen to experience the freedom that remote skiing brings, to experts who like their skiing steep and deep among the trees. British Columbia is the place where heli-skiing was born, and is still perhaps the best place in the world to experience it.

The original home of heli-skiing is found deep in the Purcell Mountains of BC. It is here that the late Hans Gmoser, founder of the world’s first commercial heli-skiing operation, CMH Heli-Skiing, first built his Bugaboos lodge in 1965 and introduced the sport to the intrepid skier. Gmoser staked out more than 12,000 square kilometres of remote terrain across the Monashees, Selkirks and Purcell mountain ranges. Today, no fewer than 11 of his CMH Heli-Skiing lodges exist within these majestic peaks, including the original (and recently renovated) Bugaboos lodge for up to 40 guests, the exclusive Valemount lodge for private groups of 10 and the bespoke experience of Bighorn Chalet. A Bell 212 drops off a group in British Columbia’s Purcell Mountains; a guide begins the tour. 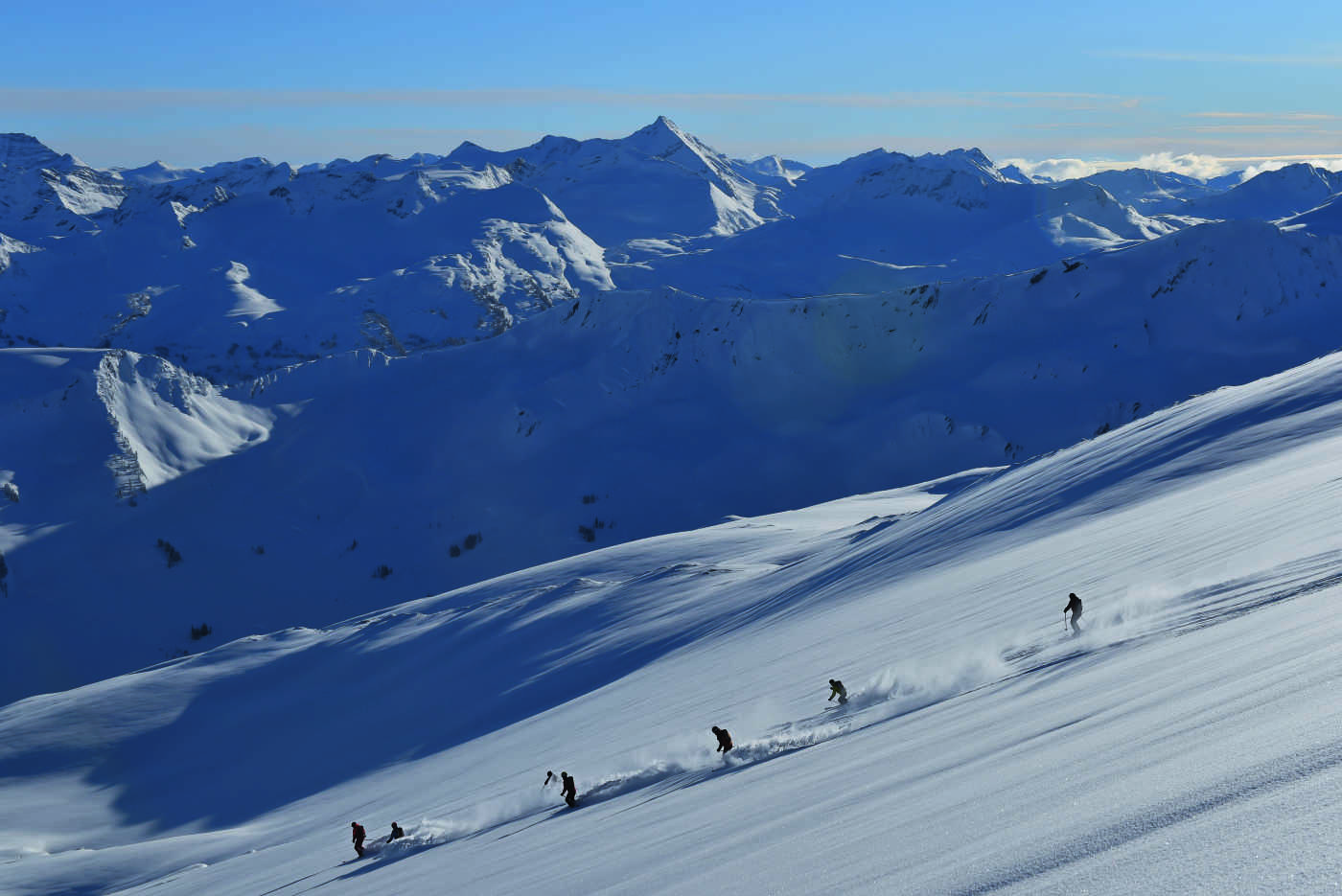 Helicopters can access terrain previously seen only in skiers’ imaginations, from open alpine bowls set among soaring rocky peaks, to glaciers, charred forests and open fields of powder pillows. All with no tracks – just virgin snow.

In British Columbia, guests take either a five-seat Bell 407 helicopter for small group heli-skiing, or a larger Bell 212 for multiple groups of 11 skiers, on a circuit of chosen runs. The chopper deposits the guests and a qualified heli-ski guide on the top of a mountain, where everyone clicks into their skis and snowboards, which have been transported in the helicopter’s external basket.

Skiers then follow the guide down through untouched snow, to the point where the helicopter will then pick up the skiers. Each run is different, and the guides know the mountains intimately, so they can get you both the best snow and the best runs suited to your level of skiing.

Expect to get an average of 7000 metres of vertical per day, though stronger and faster skiers may even double that, especially when in a small group. Skiers can usually count on doing six or more runs before lunch and the same again after. Of course, another advantage of heli-skiing is the ability to fly back to the lodge during the day, should fatigue hit and the hot tub beckon.

But what about lunch?

Food is never an issue. Each lodge has a dedicated kitchen team pumping out some seriously good fare. The chopper holds bottles of electrolyte water to keep skiers hydrated between runs, and house-made mid-morning snacks (lemon slices, chocolate brownies, muesli bars) are distributed on the mountain by your guide.

In a larger lodge of 40 people, the four groups will congregate at lunch on the mountain within an amphitheatre of soaring peaks, to enjoy hot soups, sweet tea, gourmet sandwiches, fruit, chocolates and plenty more.

What’s the risk of avalanches?

Due to the expertise of the guides, the chances of being caught in an avalanche are very slim – but that chance is still there. Safety is paramount at any heli-ski lodge, and very obviously so with CMH Heli-Skiing. Every guest has a backpack with an avalanche transceiver, snow shovel and probe, plus a radio to communicate with other guests and guides. Guides take their group through avalanche training, rescue procedure and helicopter safety.

They also demonstrate the danger of tree wells. The majority of trees are coniferous, which means they don’t shed their leaves, but instead create an umbrella effect from snowfall. As the snow piles up around the trees, a ‘well’ forms beneath the tree branches – concealed beneath the snow cover.

Tree wells are deceptive and easy to fall into if you don’t take care or stay alert. Guests are given all the tools and tips needed to avoid them and to rescue someone should they fall into one.

Some say this is the best part of heli-skiing. Each lodge has its own personality determined by the design layout, the vistas and the team working within. All offer a bar, a dining room, a lounge, huge fireplaces, hot tub, sauna, and steam and exercise rooms. Some have climbing walls for those still with energy to burn. 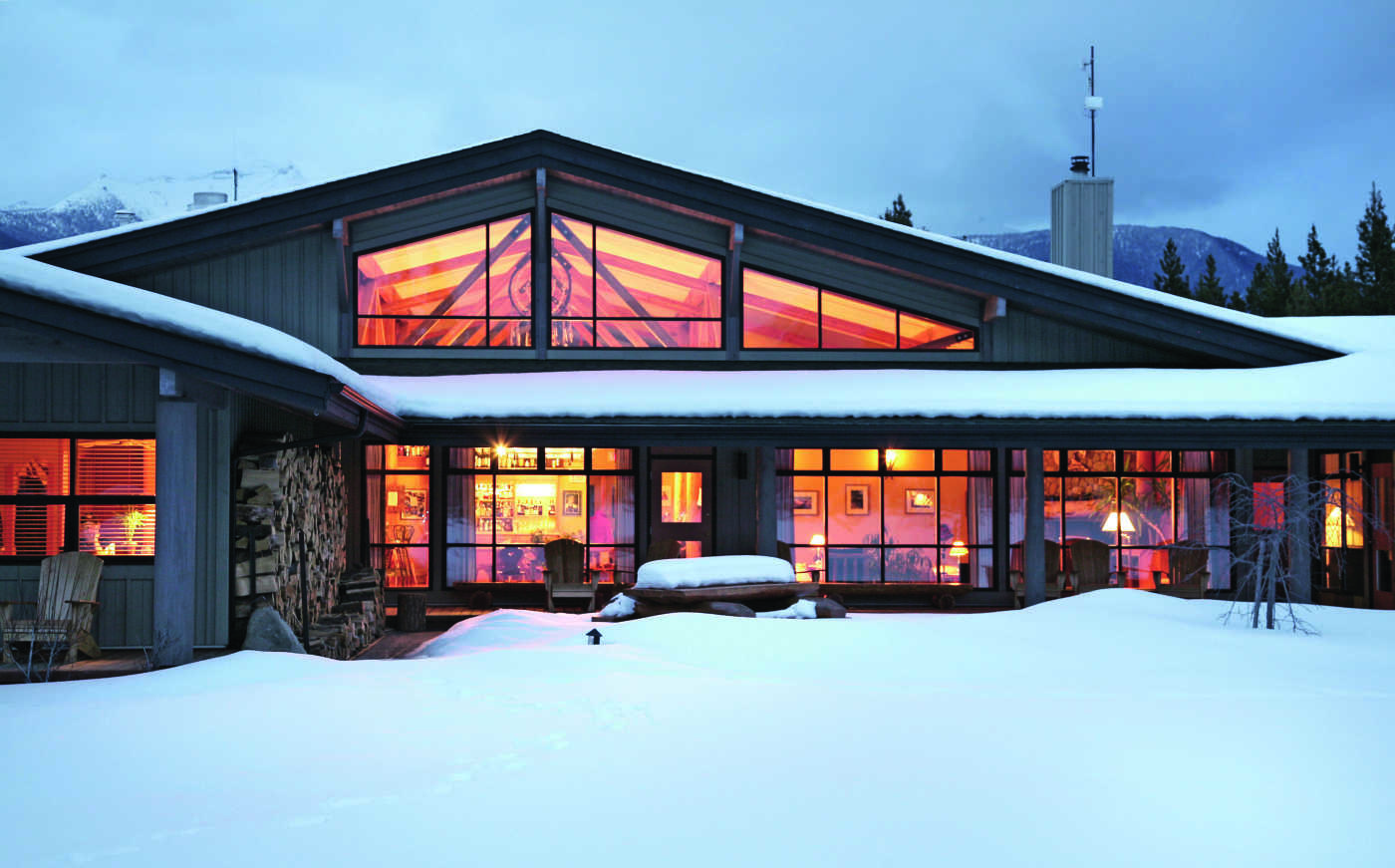 CMH lodge life takes on a daily routine, with a stretch class to wake up the muscles followed by cooked breakfasts that differ daily from eggs Benedict to scrambled eggs with bacon, frittatas and more. A selection of house-made breads, cereals, fruit, barista coffee and juices further ensure that guests are well fuelled when they head for the ’copter and a full day of heli-skiing.

On returning to the lodge, skiers feast on an après smorgasbord of cheese platters, charcuterie boards and jugs of protein smoothies, alongside cold beers and martinis at the bar. Some retreat to the hot tub and sauna, others to siesta before a three-course dinner and a stellar wine selection from the lodge cellar.

Depending on the group dynamic, guests may end up drinking beers by a bonfire singing retro songs, playing pool, hitting the hot tub – again – or simply retiring to their rooms for a bath and bed.

If you’re considering a heli-ski trip for the first time and haven’t skied a lot of powder, it’s worth considering a Powder Intro week. You’ll join nine other skiers (or bring your own group), with both a lead guide and a tail guide, and set out to ski the best back-country terrain (not too steep and no tight trees) at the Bugaboos historical lodge, the laidback Cariboos or the downtown Revelstoke lodge. 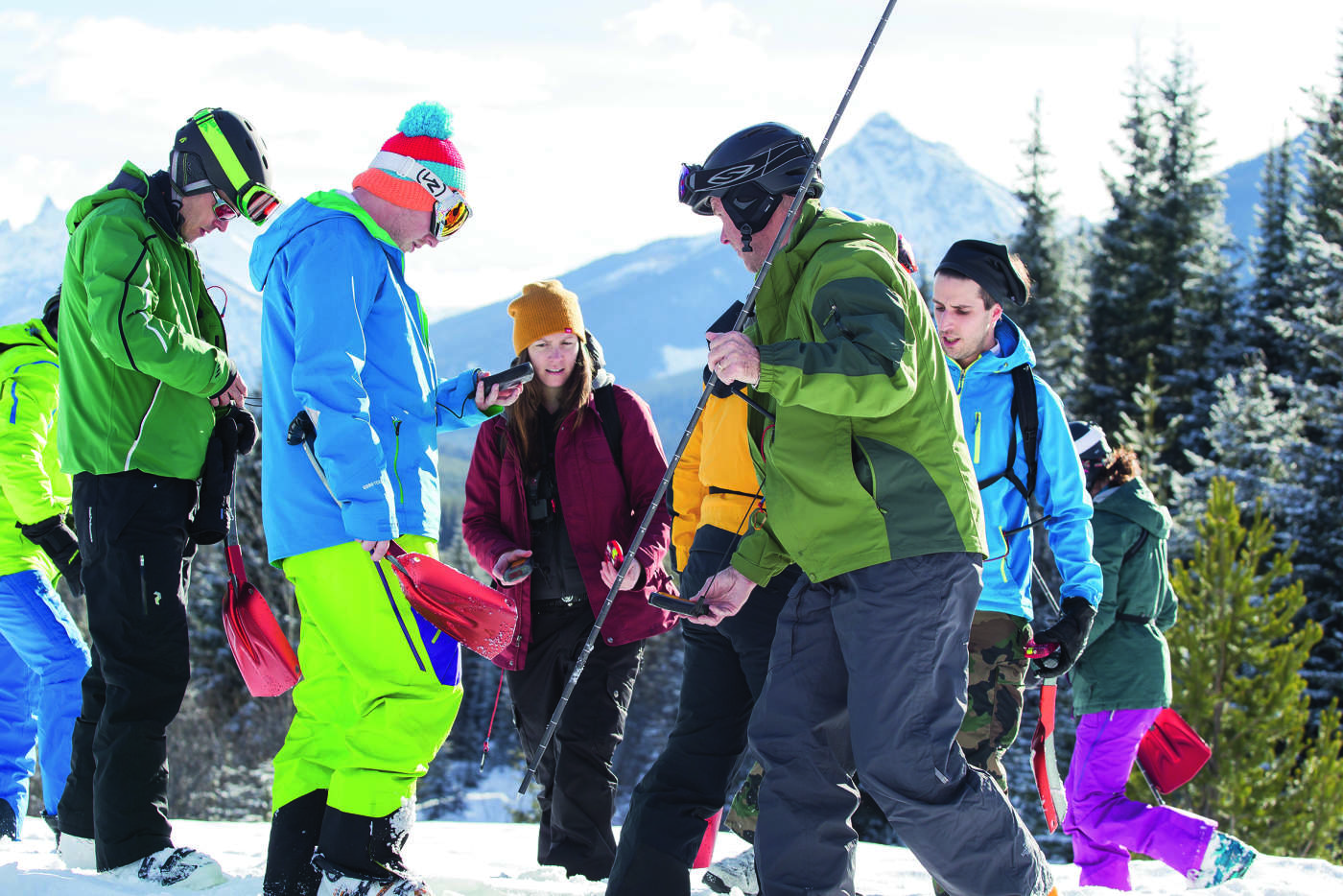 The beauty of heli-skiing in Canada is that there are also private lodges. Guests can determine for themselves how much skiing they want to do each day, before kicking back in the Valemount, Nomads or Bighorn lodges, with meals from a private chef.

Canada is the original home of heli-skiing and the first to offer multi-day heli-ski programs in remote, helicopter-access-only lodges. However, many heli-ski operators across North America and New Zealand offer single-day experiences from nearby ski resorts. It is definitely worth trying a single-day heli-ski as a taster.