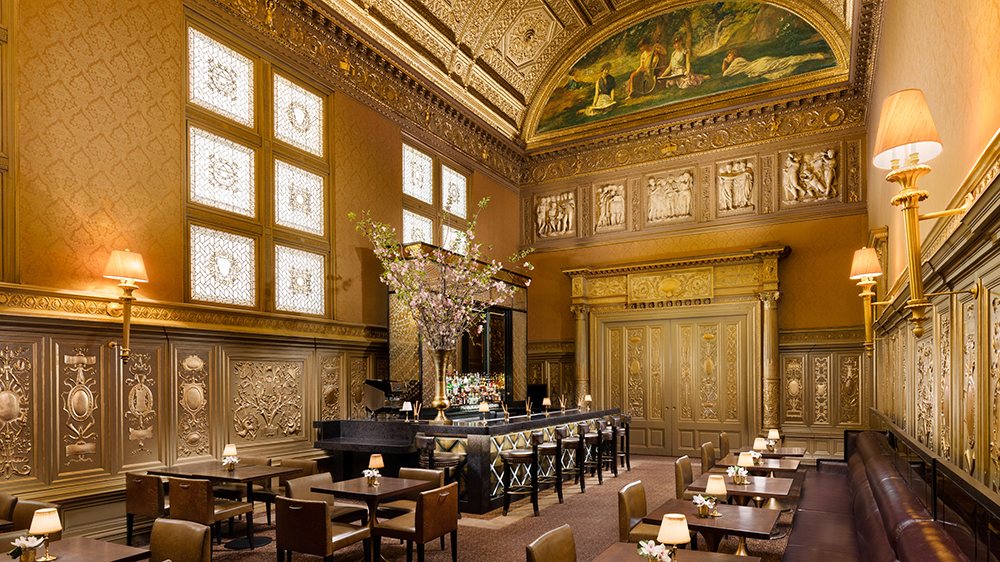 More than 100 years old, the legendary Gold Room at Lotte New York Palace is shaking up cocktails for the first time.

Fans of New York history, architecture and design—or just great cocktails—all have something to celebrate thanks to the late-April opening of The Gold Room Bar at the Lotte New York Palace Hotel. Though the historic, swathed-in-gilt space has been used for various purposes throughout the years, this is the first time it’s been opened for cocktails and light bites in the evening, finally bringing back the glamour, hospitality and refined service for which the room was originally intended.

The fact that the Gold Room is still here at all is a bit of a miracle. While most of the Gilded Age mansions that once lined Fifth Avenue’s Millionaire’s Row have long-since disappeared or been repurposed beyond recognition, Henry Villard’s property has managed to survive intact since 1884. True, the railroad magnate himself only lived in his visionary interconnected-townhouse enclave for a few months (it was completed just as his fortunes took a downturn), but the six homes facing a cobblestoned courtyard went on to be continuously occupied for decades, housing prominent doctors and lawyers and organizations like the Women’s Military Services Club. Random House bought one of the houses in 1968—the same year the City Landmarks Commission declared the complex a historic landmark.

That designation proved to be crucial just a few years later. In 1975, prominent (and notorious) developer Harry Helmsley entered into a 99-year lease with the Catholic Church (by then owners of the property) with the idea of transforming it into a 51-story hotel—which would have required that the backs of the historic homes be demolished and their interiors gutted. After much protest and the intervention of the City Landmarks Commission, Helmsley eventually relented, agreeing to protect the interiors and the facades. As a result, when the luxury Palace Hotel opened in 1980, the gorgeous original details of the 140-square-metre, four-story main Villard mansion—including its marble staircase, mosaic ceiling, stained glass windows and zodiac clock—were intact. 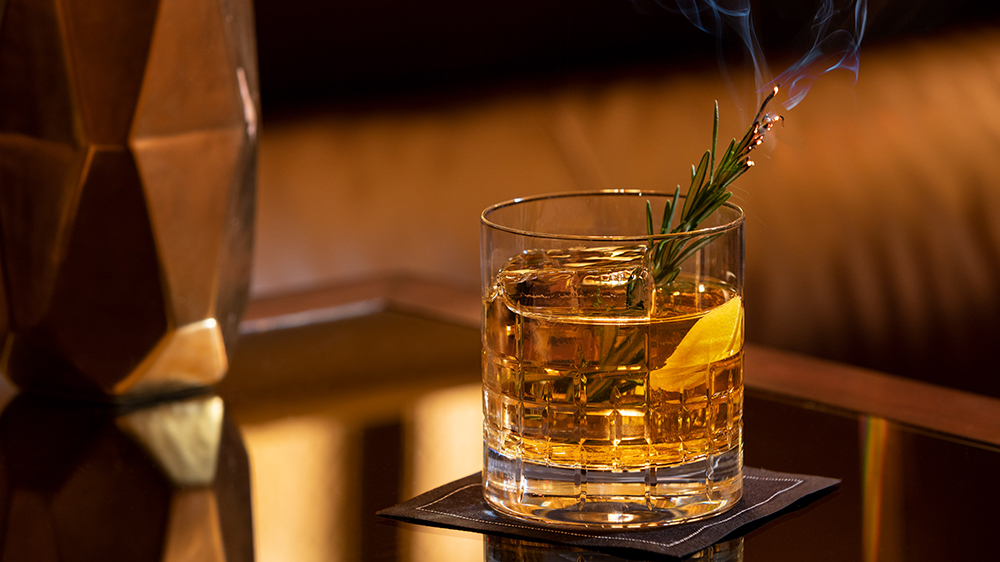 So, too, was the iconic Gold Room. Though not decorated when the mansion was first completed, the room was later outfitted by legendary architect Stanford White with gilt ceilings, walls and wainscoting. As the space was originally intended to be a music room, White created a suspended balcony on the north end to serve as a stage for the musicians (it was accessible via a narrow stairway hidden behind elaborately decorated wall panels). Leaded glass windows and two lunette paintings entitled “Art” and “Music”—all by 19th-century American artist John La Farge—anchor the spaces, while contemporary French interiors guru Patrick Jouin has recently added some new elements, like a custom bar, that both add freshness and work with the original flourishes. 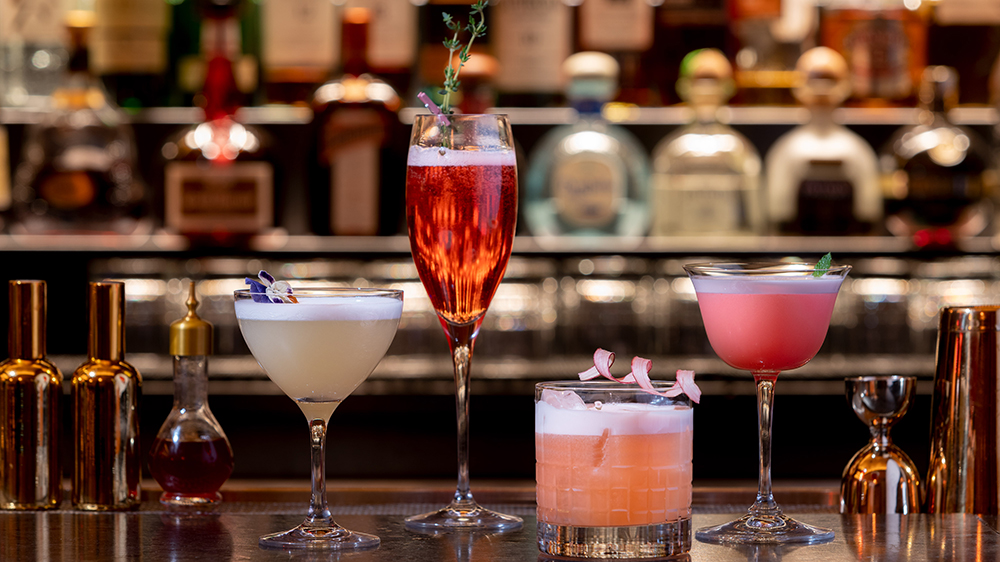 And here, among all the drama, guests can now enjoy cocktails like The Mrs. Astor (a whirlwind of Ketel One Citroen, Campari, strawberry reduction, aquafaba and balsamic), the Mutsuhito (made with Roku Japanese gin, jasmine tea and yuzu), and the John D., which pays tribute to the Rockefeller with Hennessy V.S.O.P. Cognac, cherry Heering, lemon and sugar. High-end sparklings and wines also help compliment a menu of elevated eats like tuna tartare, prime beef sliders, truffled grilled cheese, oyster and—naturally—caviar with all the fixings. After a few drinks, you might end up feeling like a Rockefeller or a Helmsley or even Villard himself—and we say it’s about time.