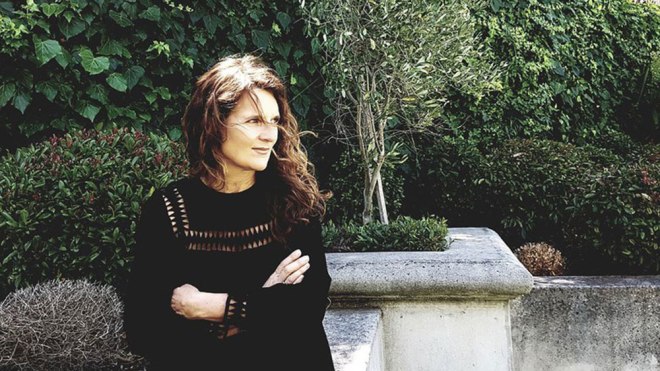 Rwanda’s Bisate Lodge is unlike anything you’ve ever seen. Climbing a hillside on the edge of Volcanoes National Park—where more than half of the world’s endangered mountain gorilla population resides—the Wilderness Safaris property doesn’t remotely resemble the safari camps of yore. There are no canvas tents (actually, there aren’t any tents at all). There are no safari chairs, no steamer trunks, no net-covered beds. Instead, there are six teardrop-shaped thatched villas nestled into trees, filled with vibrant colours and loud patterns, sparkling chartreuse chandeliers and egg-shaped bathtubs that look as if they’ve been carved from a giant slab of slick onyx.

Who could imagine such a wild place, you ask? Caline Williams-Wynn of the Cape Town-based Artichoke Design, which has been behind some of the world’s most mind-bending modern safari camps throughout Africa, including Tanzania’s Jabali Ridge, Botswana’s King’s Pool and Mombo Camps, Rwanda’s Magashi Camp and Zambia’s Royal Chundu, in addition to Bisate. If there’s a high-profile new lodge or a buzzed-about top-to-toe revamp afoot virtually anywhere on the African continent, chances are Williams-Wynn’s keen eye is behind it.

“It’s all I do. I literally don’t do anything else,” she says. “I go from one lodge to the next.” When Muse caught up with her in Cape Town, she had just returned home from a trip to Victoria Falls and Botswana. A few days later she’ll be off to another project. 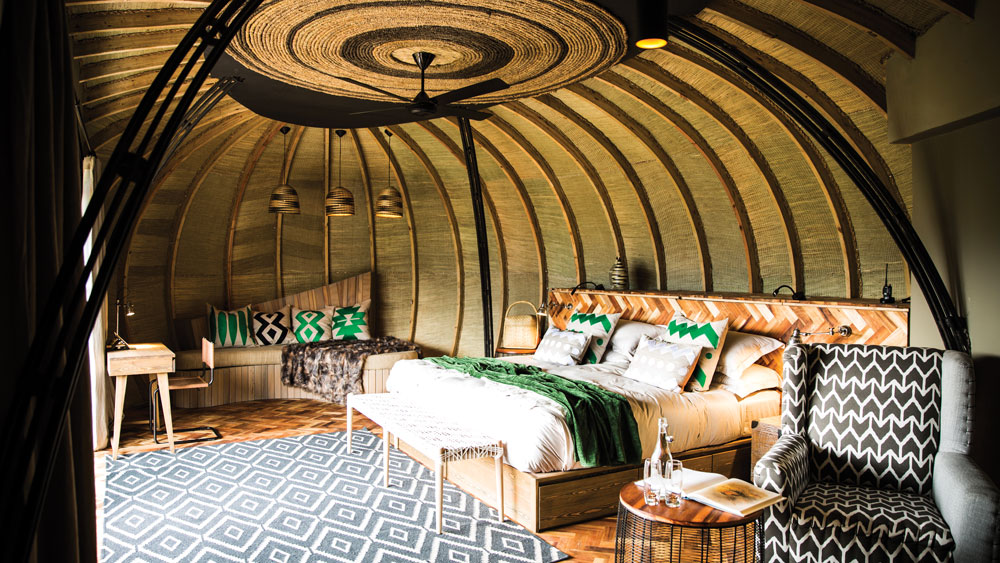 Revolutionizing safari design was not something South African native Williams-Wynn set out to do. “As a child I never went on safari,” she remembers. “Growing up, my parents weren’t really into it—we’d go skiing or to the South of France.” She started her career as a set designer in the film industry, then moved to Johannesburg to study interior design and run an antique shop in the nearby suburb of Parkhurst. Her first safari client was South Africa’s Thornybush Game Lodge—a Kruger National Park camp. And she hasn’t looked back since.

“I don’t have a style. You can’t walk into a lodge and say, ‘I’ve done it,’ ” she says. “If you look at Highlands, Jabali, Mombo and Magashi, they’re all completely different—I don’t repeat a single piece of furniture. That’s why clients keep coming back to me: Not one of their lodges look the same.”

She may claim to not have a signature style, but Williams-Wynn does have a singular approach that sets her apart. She spends weeks in each destination before beginning a project, drawing inspiration from the country by immersing herself in the culture, artwork and people. “I’m influenced by what’s around the country, and I use that in my design. Whether it’s a pattern or a cloth, I take that piece and turn it around.”

For Magashi, her latest project, located in Rwanda’s Akagera National Park, she was drawn to sisal headdresses and worked with a fashion designer to transform them into chandeliers. The Rwandan imigongo pattern found its way into her stools, and the lights in the dining room were inspired by leather skirts that were once worn by virgins chosen by the king. 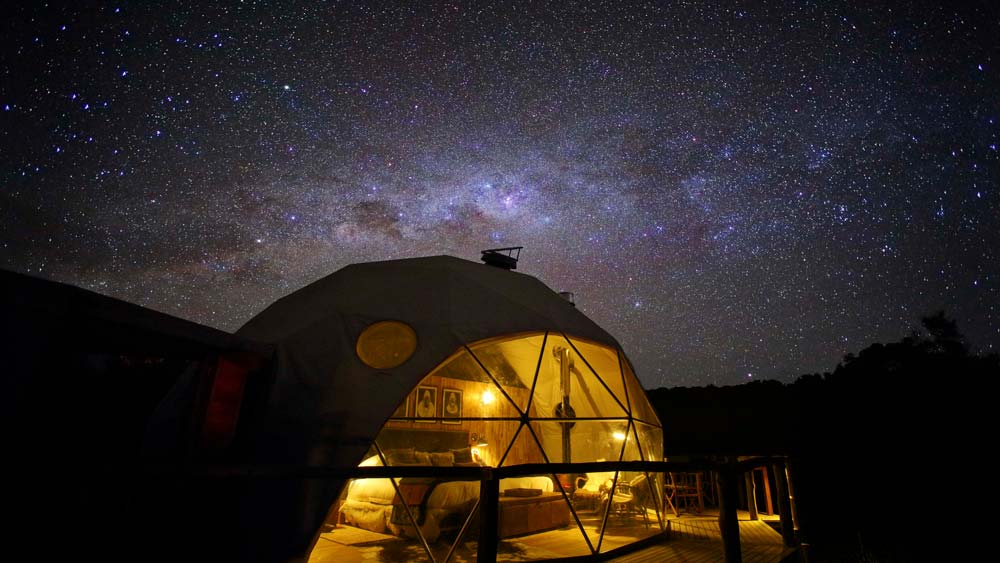 Clearly, Williams-Wynn isn’t someone who bows to trends—probably because she’s the one spearheading them. “I don’t even look at other people’s stuff,” she says. But others are certainly keeping a keen eye on her work, as safari camps grow edgier and more contemporary. “I suppose it is flattery. It’s quite nice that somebody sees something and uses it again,” she says. “But the stuff that I do is quite different. It’s not something that people can just copy. Where the lodge is—that’s my inspiration.”

There’s no doubt about that. In Tanzania, Jabali Ridge’s nest-like abodes are a cross between the native baobabs that dot the landscape and actual native birds’ nests. Farther north in the country, The Highlands Camp features a dozen geodesic domes with clear tops—all the better to see the constellations in such a remote and high-altitude region. But there’s still a local reference in those futuristic bubbles: They were inspired by bures, the round homes that are a tradition in these parts. And those shaggy “baskets” at Bisate? They’re reinterpretations of the old king’s palace of Nyanza, once the seat of the Rwandan monarchy.

Even with impressive comforts (we’re still reeling over those onyx soaking tubs), the ultimate goals—authenticity, locality, originality—remain a hallmark of every project. Because that’s what safari-goers want, Williams-Wynn says. “Guests don’t want to have these massive Disney structures,” she says. “I think that’s where we must be careful, where we must keep it grounded. We must keep it African.”