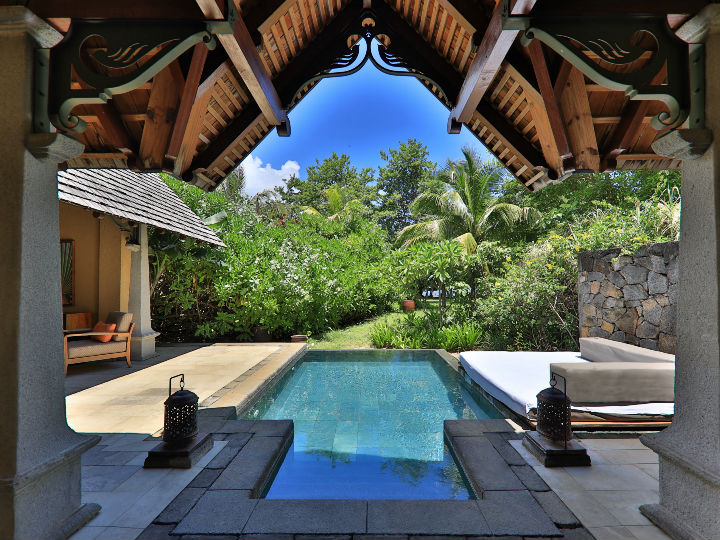 Welcome to peace on earth.

Mark Twain reportedly quipped that Mauritius provided the blueprint for Heaven, and definitely heaped lavish praise on its “rugged clusters of crags and peaks, green to their summits”, having visited the island 1,931 kms off the southeast coast of Africa in 1896.

Had the American author, whose ship anchored off the capital Port Louis, travelled 24 or so kilometres to the south and a century and a quarter into the future, and laid his hat at the Maradiva Villas Resort and Spa, his talk of an earthly paradise may have been even more enthusiastic. 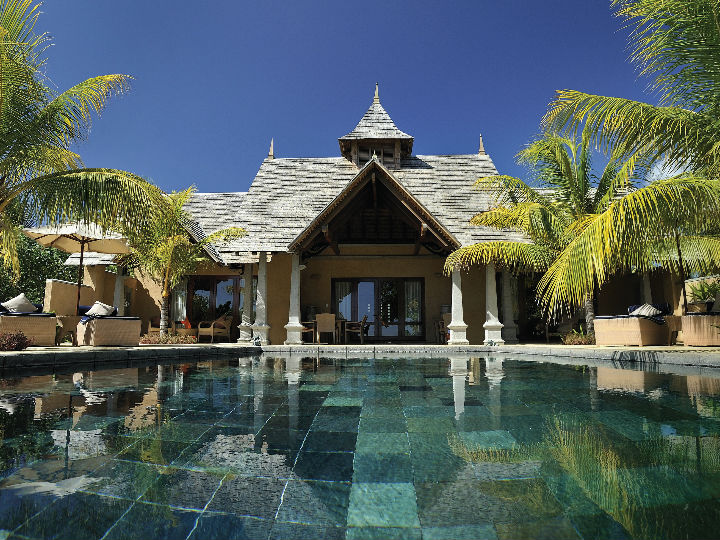 It’s hard to think of anywhere better suited to those whose idea of a personal Shangri-La involves unadulterated serenity. Backdropped by the rugged green silhouette of Tamarin Mountain and nestled amidst a large row of luxury resorts along Flic En Flac – a corruption of the old Dutch name Fried Landt Flaak, or “Free and Flat Land” – on the island’s warmer, sheltered west coast, this is a place that takes tranquillity to new levels.

At the time of our stay the resort is fully booked, yet around 70 per cent of the sentient life-forms I encounter during this visit are diminutive reptiles. This is partly because it is made up of just 65 villas, spread in five crescents over 27 lush acres. Each villa has a private garden/courtyard and pool with day bed (not to mention airy marble bathroom and outdoor walk-in rain shower).

The Maradiva’s location is also conducive to weapons-grade respite for the city-weary escapee. Thanks to a coral bank around 100 metres out to sea, at certain times of day – afternoon nap time, fortuitously enough – the waves break at a distance from the shore, offering a hypnotic, cadenced soundtrack of regular, distant crashing waves.

The villas’ décor also ramps up the serenity factor – a recent renovation having infused the whole place with a mélange of influences befitting a cultural melting pot such as Mauritius, with the rosewood floors, tropical African wood furniture, Hermès wallpaper and local artworks all mingling tastefully with a soothing ochre and flaxen colour scheme. 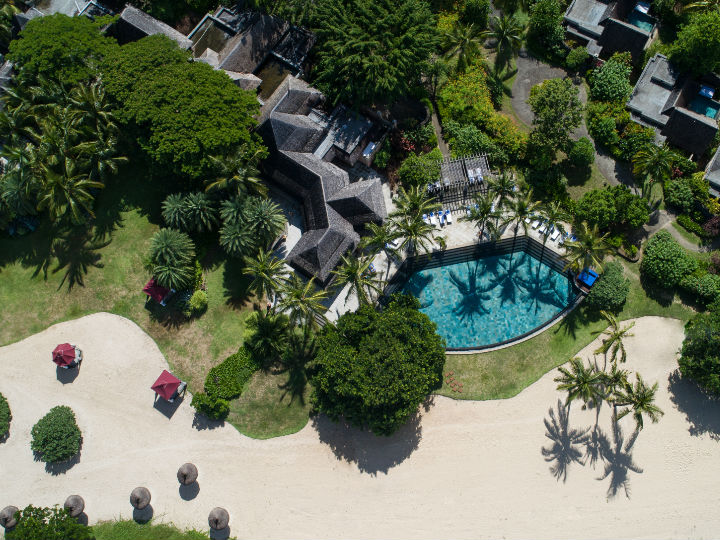 Aerial view of the hotel.

Inconspicuousness and calmness, meanwhile, are well-suited bedfellows – and, besides the hotel’s rain shower, only a gap between some half-kempt vegetation tells the guest who has been on a lengthy beach walk that they’ve arrived back at the Maradiva – while the Indian temple-like spa offers Ayurvedic treatments, a relaxation pool, Jacuzzi, fitness studio and yoga studio for those whose pulses haven’t already been slowed enough by simply arriving here and unpacking.

Service levels are omnipresent – there are three employees per villa – but all staff manage to strike the perfect balance between attentiveness and discretion: the effect is warm and dutiful but never obtrusive or fawning.

Add to that the cuisine available – the Mediterranean, Mauritian, Indian and Japanese fare available in the three restaurants is all concocted from ingredients from the hotel’s organic garden – and the place is a gift that keeps on giving for those who like to sprinkle some serious epicurean indulgence into their rest and recuperation. 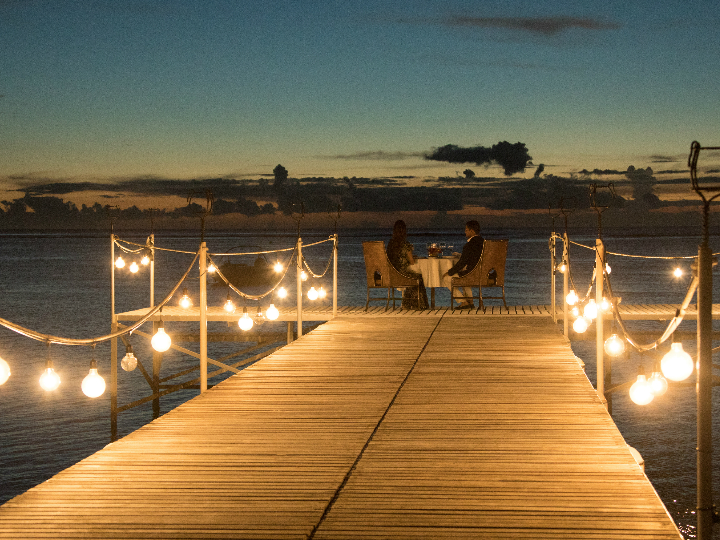 Enjoying dinner on the jetty.

All of which makes it sit-up-and-take notice news that, through the Invest Hôtel Scheme (IHS), Maradiva is offering for sale 33 of its 65 luxury villas (POA, www.mahlatini.com), including 21 luxury properties (205 m2), four beachfront villas (230m2), four Interconnecting aillas (239m2) and four exclusive villas (350m2). Owned under a sectional title scheme, the properties will be leased back to the hotel operator, with the owner granted 30 nights entitlement a year and a guaranteed five per cent rental return over the first three years, after which a simple revenue split system supersedes the arrangement.

Party seekers need not apply – in fact, theyll find Maradiva as dead as that proverbial flightless bird that would have inhabited those “clusters of crags and peaks” so beloved of Twain back when he visited. But for those of us who seek a bi-annual dose of serenity in familiar and glorious surrounds, this is an investment opportunity made in heaven – literally, if you concur with Twain
s assessment of an island that refuses to let go of the ultimate destination epithet, “unspoilt”.