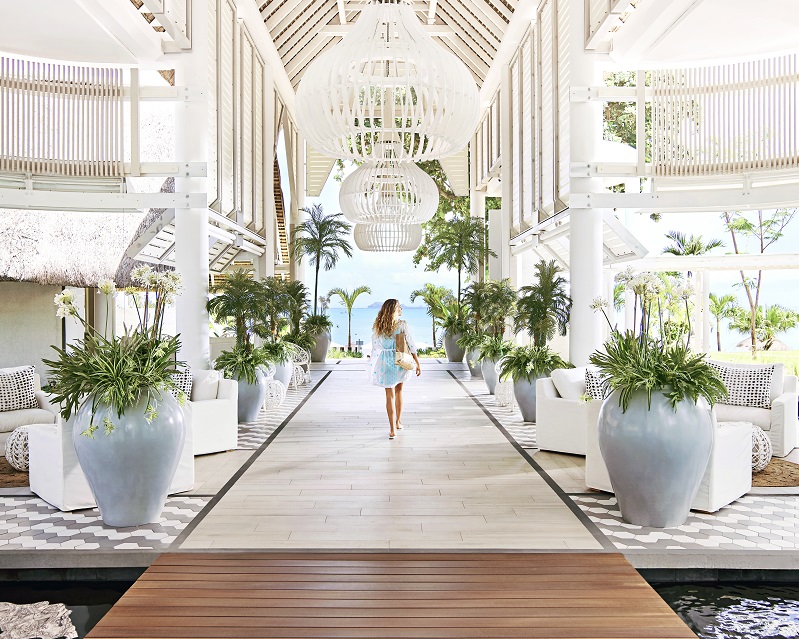 The travelers’ bounty that awaits on Mauritius – pure sand, rich gardens, abundant wildlife – can add the fully-renovated LUX* Grand Gaube to its list

Guests arriving into the impressive lobby of LUX* Grand Gaube are greeted by a staggering expanse of Mauritius’ sparkling ocean views. There’s no dialing it down on reaching their rooms, either, as all 186 “retro-chic” rooms face the ocean. And neither do the rooms themselves disappoint, as Grand Gaube has only recently re-opened after a US$32m renovation – to a brief of “simple, yet refined” – by South African-born, London-based design star Kelly Hoppen MBE and Mauritian architect, Jean-Francois Adam.

That much already goes some way to illustrating LUX Grand Gaube’s relaxing and refined recipe of authentic Indian Ocean living, with eclectic touches awaiting discovery – a signature of the LUX brand. The makeover has also seen more than a hectare dedicated to health and wellness, with its LUX* ME spa spread among African-style huts and now including a hydrotherapy pool, aromatic steamroom and Technogym fitness centre. 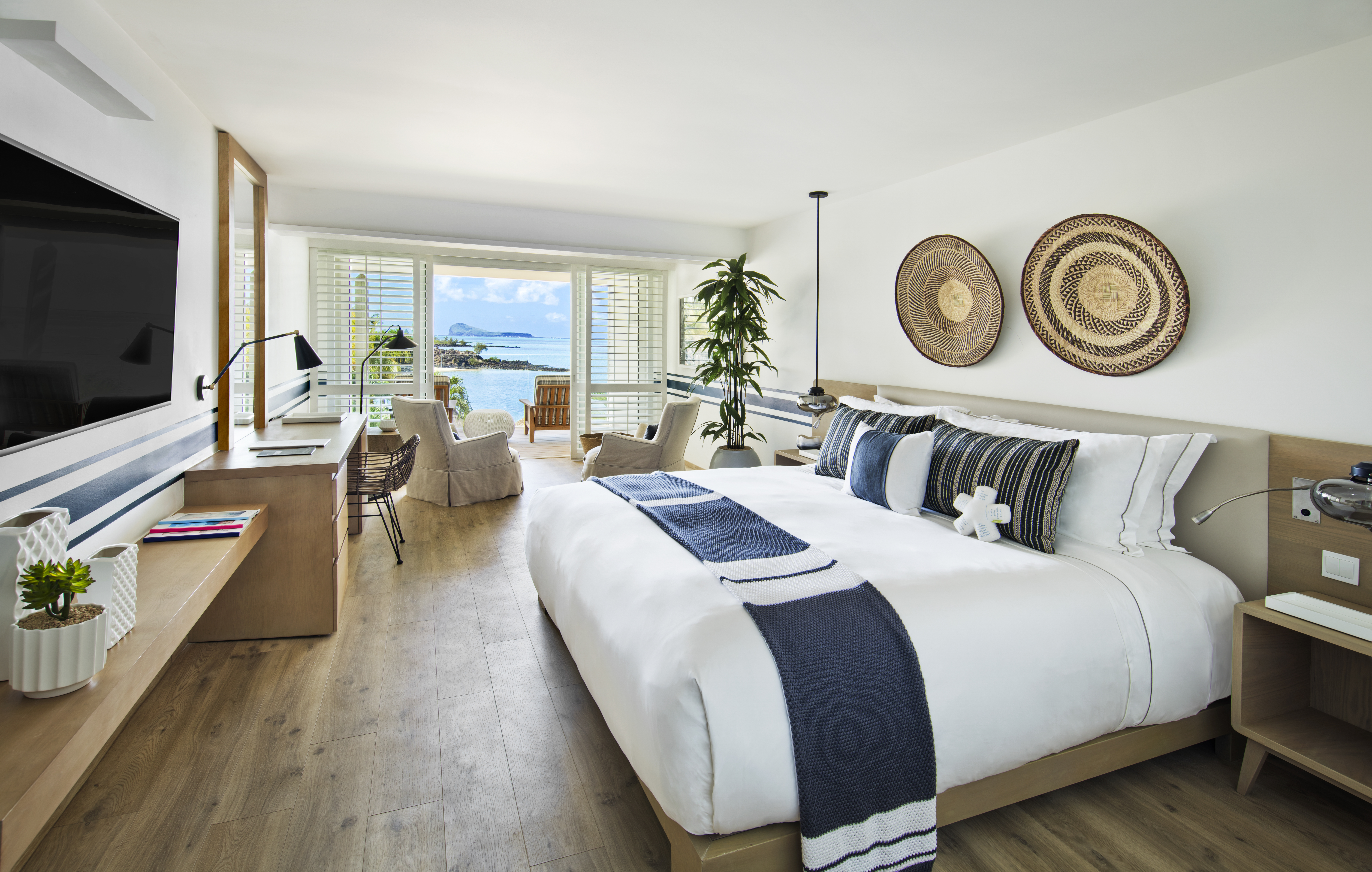 That’s in addition to the resort’s liberal sprinkling of inviting hammocks and beanbags among the coconut and banyan trees, not to mention the lush, African-influenced gardens were designed by Chelsea Flower Show winner, Stephen Woodhams. Also typical of the brand’s surprise-and-delight approach are French artist Camille Walala’s pop-art installations, and fellow French street artist Jace’s witty has visitors seeking out his playful, graffiti character “Gouzou” hidden around the resort.

Among the 186 guest rooms are 89 suites and villas, including the two-bedroom LUX* Villa, which sleeps a family of four in what might be described as island elegance. All rooms have a private sea-facing balcony or terrace.

The resort features six restaurants and seven bars – in LUX* tradition never dull; see the “Rum Treehouse” bar – offering luxury dining experiences from a broad range of cultures, including the first Argentinian-Peruvian restaurant in Mauritius. Bodrum Blue restaurant offers exclusive Turkish wines, The G&T 100 Club boasts an expert mixologist team, and Rum Treehouse has no fewer than 88 varieties of rums … There’s something for all tastes. 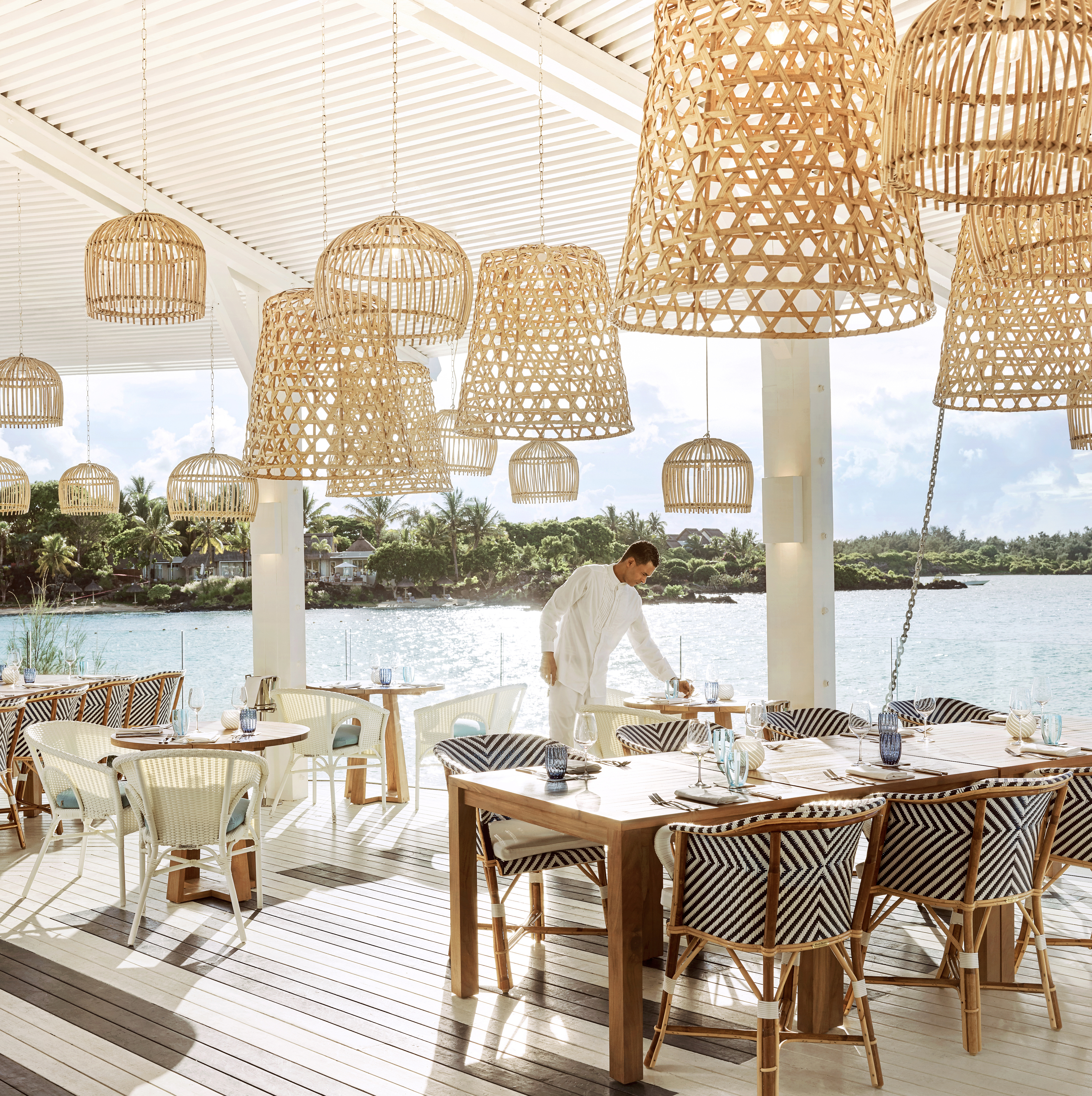 Prepare to be pampered. Grand Gaube boasts an Essie nail bar and an authentic barber’s shop, by Murdock of London, which offers its signature wet-shave, beard and moustache trimming service. Among the newly-introduced health and wellness offerings are a specialised health program by Kamran Bedi of Mind Body Method, plus an NLP master practitioner (neuro-linguistic programming), a hypnotherapist, a meditation teacher and Pilates instructor. Pause just a moment to contemplate a guided meditation on the beach, soothed by the rhythm of crystalline waves…

The resort caters to families with dedicated kids and teens clubs, with programs ranging from movie screenings in a 60-seat cinema to various activities such as treasure hunts and fishing lessons.
LUX* Grand Gaube brims with a calm luxury and personality.

Mauritius is around 12 hours’ flying time from Sydney, or eight hours from Perth.